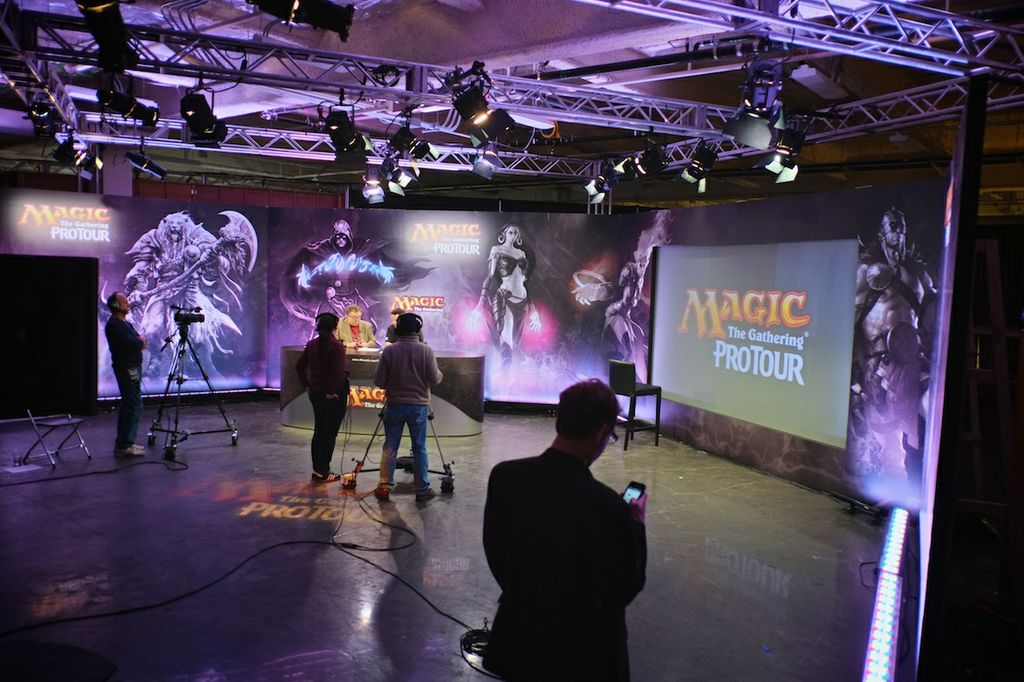 The broadcast industry, like many other industries around the world, is experiencing an upward trend in freelance workers and independent contractors. For John Mortensen, being an independent producer and director means having the freedom to work on projects that excite him, and he uses Blackmagic Design’s ATEM Production Switcher line and HyperDeck Studio SSD broadcast deck to give him the flexibility he needs to work many different kinds of jobs.

“I started working in broadcast television when I was 15 years old and I’ve literally done nothing else,” said John. “I’ve worked in pretty much any mode you can imagine, from network television to local television and I’ve been an independent, freelance producer since 1995.

“Since I started in the industry, production has really changed. Now, instead of large production companies, more independents are coming together when productions are called for. I have some gear that I own, but I scale up and scale down depending on the client needs.”

One of these large, collaborative projects is the Magic: The Gathering Pro Tour, which has been one of John’s clients since the beginning of his freelance career.

Broadcasting Gameplay and Analysis to a Worldwide Audience

The Pro Tour is a worldwide competition of the popular card game, Magic: The Gathering. Every year, the invite only Pro Tour attracts the top players from around the world and awards cash prizes to the winners. As a producer and technical director of the event, John manages a live broadcast from each competition to attendees and fans online around the world.

“We started web streaming the event about six years ago. In the last few years, we’ve really ramped up the production to cover all the days of the tournaments live,” said John.

For twelve hours each day, the team broadcasts live from two studios. Studio A is the gameplay studio, where players battle. To effectively capture each match, the team typically runs four or five cameras, including a jib camera, an overhead lock off camera, and a few cameras on tripods. They each output from camera control units (CCUs) in SDI into the ATEM system, and a HyperDeck Studio records all the gameplay for use during analysis.

Studio B is the analysis studio, where game experts review each match and discuss the playing strategies. The team set up an IMAG (Image Magnification screen) on the wall, where a close up of the game table is displayed for the commentators. Up to four cameras capture the action from several different angles.

Back in the control room, John works his own magic. Once a match is over, he takes footage from a HyperDeck Studio SSD broadcast deck and works with the winning player to mark cue points at critical points during the game. When the winning player enters Studio B for the analysis segment, John’s team feeds an auxiliary bus to the IMAG wall with shots of the gameplay studio and close ups of the game tables, skipping between the cue points and using slow motion to illustrate their arguments. 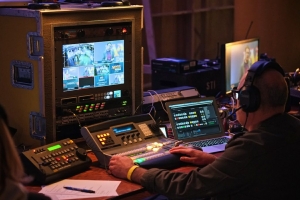 ATEM Production Switchers include 4 upstream keyers each with independent chroma, shaped and linear keying, 2 downstream keyers, stinger effects, graphic wipes, media players for stills and clips and a built in DVE for amazing DVE transitions or key repositioning. For portable use, the built in Multi View showing all cameras, preview and program can be viewed on a single SDI or HDMI monitor.

The main feed was distributed to monitors in the arena and to the webcast via SDI. The live webcast of the competition was then distributed to hundreds of thousands of viewers via the Livestream encoding app.

Livestream offers a variety of easy to use hardware and software tools to share events online, with a community of over 30 million viewers per month. Their technology also supports live blogging, live and on-demand HD video, and real-time posting tools.

The event was also streamed live to Twitch.tv, and with footage from two Blackmagic Design H.264 Pro Recorders, shorter segments were uploaded to YouTube throughout the event so viewers can closely review each match.

ATEM Provides Flexibility for Any Event

With the inexpensive Blackmagic Design ATEM Production Switcher line, HyperDeck Studio, and H.264 Pro Recorders in his kit, John is able to adapt to a wide variety of events as an independent producer. Over the years, he has produced and directed diverse live events, corporate events, and sporting competitions.

“I think one of the biggest strengths of the ATEM from a technical standpoint is that it’s IP addressable,” said John. “It’s not unusual for us to have a few people interacting with the switcher on software control panels. It’s great because we have a network with both ATEMs on it, so a graphics person in Studio B can shoot a graphic to Studio A’s ATEM and vice versa. It gives us maximum flexibility in the way we work.

“If you’re using any other system, you’ve got to forget that monkey business. This is the way to do it!”