Introduced as the first desktop application to use a breakthrough in artificial intelligence to enlarge your images, A.I. Gigapixel uses state-of-the-art “deep learning”. 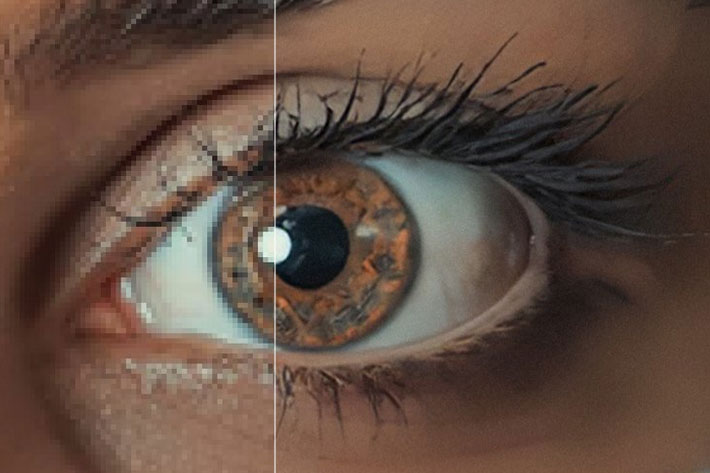 Topaz Labs has a new tool and is not a plugin or even a new feature for its Topaz Studio. A.I. Gigapixel is a stand-alone image resizer that the company says is smarter and sharper than anything else available.

With modern cameras offering so many megapixels, one would think image resizers are a thing of the past, but they are not. We continue to use the interpolation tools available in different photo editors to create larger versions of some photos, and when requested to create even bigger images, some of us might use a specialized tool, able to get even more detail from a small file.

Digital cameras are fantastic tools, but while with film emulsions you had always the same “size” of images even when picking a ten-year old photo from your archive, with digital, your old files are “small” when compared to the images captured by your most recent camera. This means that if you need to do some large format printing from an image taken a few years ago, it will probably not offer you the quality you would get if you would shoot it again. The problem is that, sometimes, there is no way to reshoot one specific photo, so you’ve to use what is available. Yes, that photo captured with your 3.2 MP sensor, from your Canon EOS D30, your professional camera used in 2000. 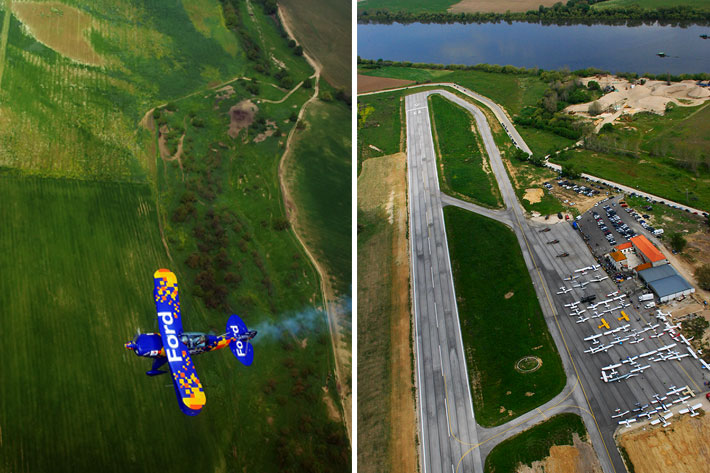 Following my passion for aircraft, I started photographing airplanes and aerobatic shows for a magazine back in 2000, and because I had to create some big images for exhibits and professional events using the small files from the EOS D30, I used regularly a plugin/program available then, Genuine Fractals, from Altamira. I had tested it to write a review for a photo magazine, and when I moved my workflow to digital capture, Genuine Fractals became a “must-have” tool, not just for shots of aircraft. The program was acquired by LizardTech in 2001 – I still have on the shelf behind me some of the promotional lizards distributed by LizardTech with press copies of the program – and it was like a magic tool that allowed photographers to create huge prints that the interpolate process from Photoshop or any other editor could not match. I remember creating two meter high posters from some of my EOS D30 photos, using Genuine Fractals.

Available for Mac and Windows, Genuine Fractals used the power of fractals technology to increase the size of images. Its name may have changed to Perfect Resize,  some time after  onOne Software acquired the program in 2005, but the tool we now know as ON1 Resize 2018 continues to be based on the same patented, fractal-based interpolation algorithms that quickly enlarge your images without the loss of sharpness or detail. It works as a plug-in to Adobe Photoshop and Lightroom and as a standalone app. 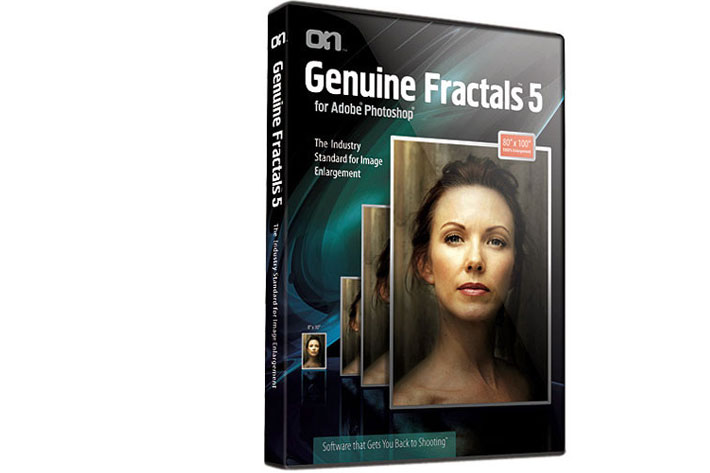 Presented by ON1 as the industry standard for photo enlargements, ON1 Resize allows users to enlarge images up to 1000%, says the company, and has been updated to offer better browsing, batch processing and other features. Resize 2018 features the new RAW processing engine from ON1 Photo RAW and, says ON1, is much faster and maintains better color and detail. The program is available for $79.99, when there are no promotions running.

Now, we’ve a new kid in town, Topaz Labs’ A.I. Gigapixel, announced as “the first desktop application to use a breakthrough in artificial intelligence (A.I.) to enlarge your images while adding natural details for an amazing result. This is in stark contrast to existing image resizers that produce images that are blurry, unrealistically painterly, or lack detail.” Topaz Labs adds that “using deep learning technology, A.I.Gigapixel can enlarge images and fill in details that other resizing products leave out.”

How does A.I.Gigapixel create missing details? Topaz Labs says it does it differently, because while “other image resizing software relies on interpolation to scale up images”, A.I.Gigapixel “uses state-of-the-art “deep learning” methods to both enlarge and enhance images. According to the company, millions oif photos of all subjects and styles where used to teach the program the difference between low and high quality results. The photos are then used “to create a sophisticated neural network that gradually learns the best way to enlarge, enhance, and create natural details”. Finally, Topaz Labs’ proprietary A.I. engine uses your computer’s graphics card to perform the task in a reasonable amount of time.

One important note: you MUST HAVE a powerful computer to be able to use the software. Topaz Labs is clear on that, with reference charts on their website that users should check before even trying the demonstration version. As Albert Yang, who founded Topaz Labs over 10 years ago, notes on a post published on the company’s website,  “there is so much hype nowadays about A.I., but Topaz Labs is the only company that has actually delivered A.I. based desktop photo processing application”. In fact, he continues, “there are other deep-learning based photo processing products, all of them run on cloud servers instead of on laptop/desktop computers”. 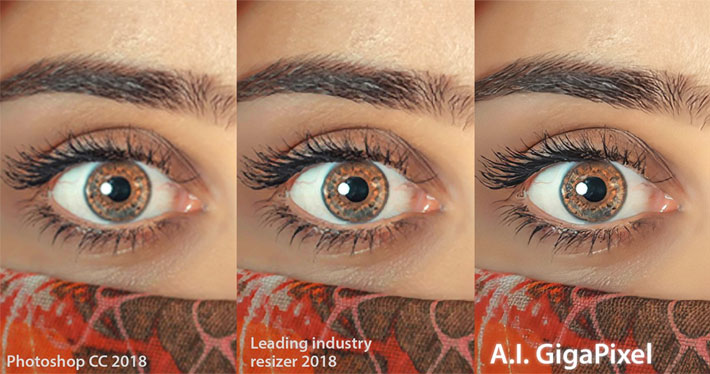 A.I. Gigapixel is not the first product from the company to use artificial intelligence, as Topaz Labs has already released A.I. Remix to change photos into paintings and A.I. Clear to remove photo noise. Now, with A.I. Gigapixel,  says Albert Yang, we are “the first company to use super-resolution technology in commercial products”. You can read the whole story of the development in the article A.I. Gigapixel – An Inside Story, where Yang notes that “theoretically, there is no way to perfectly recreate a high-resolution image from only a low-resolution image. The amazing breakthrough of this particular paper is that it uses artificial intelligence (A.I.) to fill in those missing pieces that cannot be directly computed.  A neural network is exposed to a large number of high-resolution and low-resolution image pairs.  This network gradually learns to synthesize plausible detail in the enlarged image based what it has seen.”

Is A.I. Gigapixel really a tool pointing towards the future? Topaz Labs suggests so, stating that whether you need high DPI image conversions for large prints, blowing up extensive crops into existing photos to get that perfect composition, enlarging pictures taken from drones or smartphones, or just hope to have a 50MP medium format camera, A.I. Gigapixel can help. 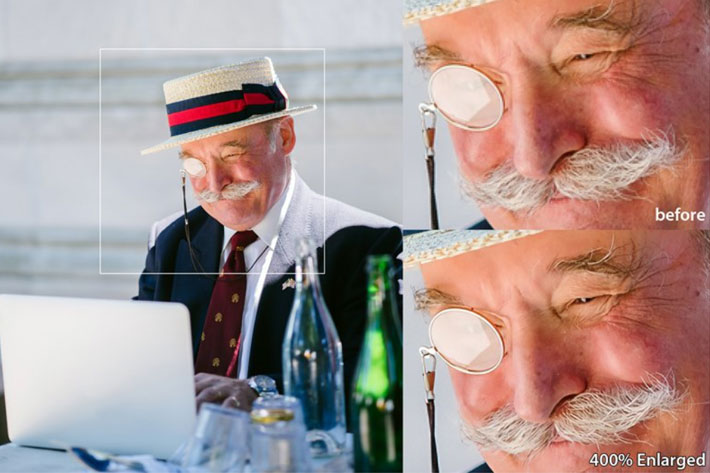 A.I. Gigapixel can perform millions of calculations per pixel in your image, resulting in trillions of computations for your image to ensure it enhances all the right details. This many calculations on a full-size RAW image can take time to complete, but the results, from the images available to demonstrate the program, speak for themselves.

A.I. Gigapixel seems able to offer more flexibility when cropping images and Topaz Labs points to a situation similar to my experience with the files from the EOS D30. The company says that “like many people, your library contains various sources such as scans, drone footage, video frame captures, downloaded stock photography, search engine images, etc. Don’t be held back because you don’t have a high resolution copy of something – Make everything work.”

The idea is interesting, no doubt! According to Topaz Labs, the program allows you to get 100MP or even 1000MP photos from the files captured with a standard DSLR or mirrorless camera, something I have no difficulty in accepting. According to the data available, A.I. Gigapixel allows users to enlarge images up to 600% using it’s A.I. sampling. Topaz Labs even suggests that the program can transform smartphones photos “into 100MP size and 16-bit quality that looks like it could only have come from a DLSR camera”. 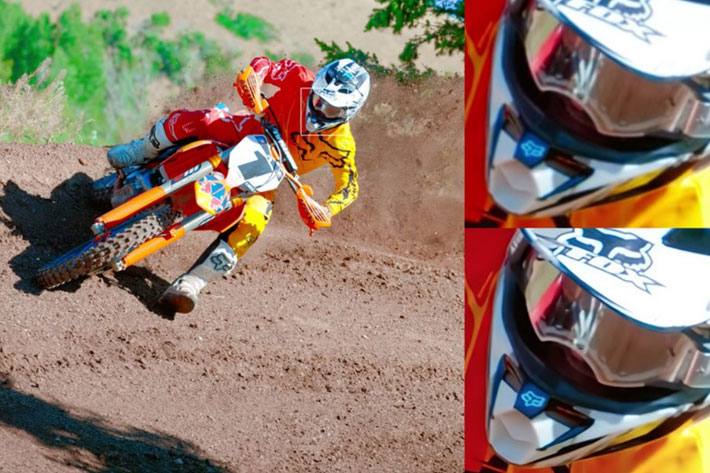 Is A.I Gigapixel that good? I sincerely do not know. I’ve not had time to try the program, but it’s something I am going to do, to probably share with PVC readers some notes. And because comparing is the best way to know how revolutionary A.I Gigapixel is, why not download a version of ON1 Resize and check how both programs work the same image?. That’s an option accessible to everyone, so why not do your own testing?

One more note: Topaz A.I. Gigapixel is a standalone application only (it does not work as a plugin or Topaz Studio adjustment, although I believe it probably should) made for batch resizing your images. It uses the power of Topaz’s proprietary Artificial Intelligence engine to make, says the company, sharper and clearer upscaled images than traditional upscaling tools. It costs $99.99. 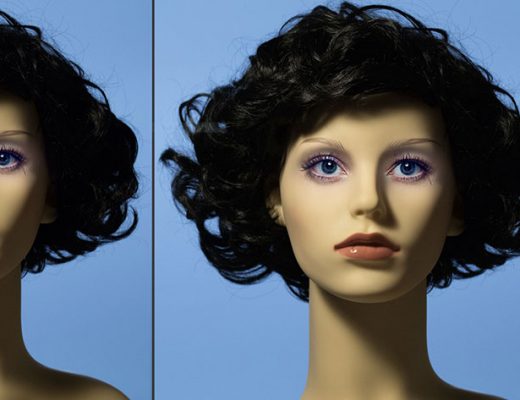