In cameras, as in life, you get what you pay for

The opportunity to head up to the ARRI headquarters in Burbank for a one-on-one experience with its prototype AMIRA camera made me feel like a kid who found out I was going to Disney World.

From its classic 16mm cameras to the current ALEXA, ARRI has always had a special place in my heart. I remember way back in film school when I first got my hands on an ARRI SR 16mm camera, it was a well-built camera that had all the controls in all the right places, and when it was combined with the school’s Zeiss 10-100 T3.1 zoom lens, it made for some incredible images. Fast forward to today where I’m working with the ALEXA on commercial and narrative, the company has kept the same well-built qualities and an easy to navigate menu system. These are the cameras DPs want to use.

Jim Davis, product specialist at ARRI, took the time to show me just about every detail around the AMIRA features and answered every question I had during my visit. And I had plenty, so we talked for a while. Jim set the AMIRA up for me in ARRI’s warehouse where we went through the menu system and the new features of the AMIRA, which are a major step up from the current production family. I’d be lying if I said I wasn’t just a little nervous after Jim mentioned this was one of only three AMIRAs in the world, but I am proud to say the camera did not suffer any irreparable damage during my visit. 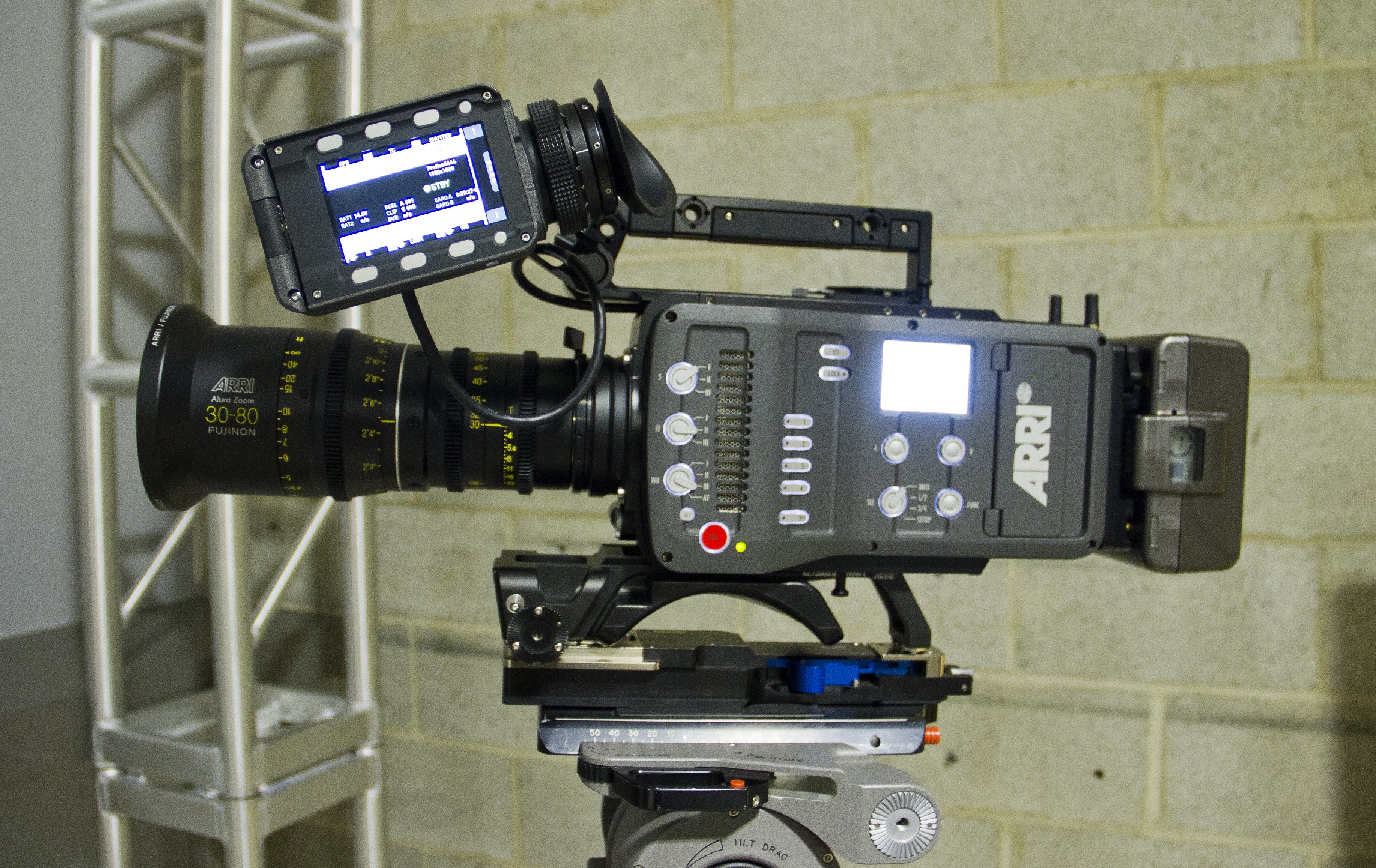 The new ARRI AMIRA camera. A wonderfully balanced camera with both the top handle (also EVF & LCD) and the shoulder mount are fully adjustable so the operator can achieve perfect balance. There are lots of physical buttons for the op as well and you can see the LCD next to the EVF allowing quick and easy access to the camera’s system menu.

Now, I don’t want to dive too deep into the tech specs on the AMIRA. There are tons of articles and videos that talk through all those details, although I can give you a quick rundown:

So of course, the camera looks great on paper. It’s not perfect, but that’s kind of an impossible standard, isn’t it? ARRI builds cameras for camera people and the AMIRA is no exception. And with ARRI’s great customer service, which I know personally from its lighting department and its commitment to future firm wire updates, the AMIRA will only continue to improve as the camera gets into the hands of productions.

What I want to focus on is where this camera is going and what productions should be or will be choosing it over some of the 4K competitors from the likes of RED or Sony. While Jim did hint at possible 4K cameras in the future, these would require a whole new sensor and we’d see that most likely in a newer ALEXA first then the lower-priced ENG AMIRA.

The AMIRA is ARRI’s first venture into an ENG style camera and shares the same sensor as the ALEXA. With the camera’s combined swappable lens mount, the very easy to use CFast 2.0 memory cards and a well-balanced feel on the shoulder, my first thought was that I could take it anywhere, and I have no doubt this is exactly what the company was going for. It didn’t take me long to have visions of traveling with the camera to the desert and mountains, which was kind of odd since I’m more of a narrative film guy.

Those are the possibilities you start thinking about though. It made me think about the more run-and-gun style narrative productions and using it on second unit teams for larger shows. It made me think about fast-paced productions like protests, nature shoots or even hostile areas where I can only rely on myself. The AMIRA would give me the filmic quality footage that the ALEXA sensor would give, but the AMIRA can and would be able to handle those environments in a way the ALEXA never could.

AMIRA has a lot of great things going for it. It records to CFast 2.0 cards, which is critical, since multiple companies have announced plans to release these cards. Not being locked into proprietary gear is always a plus. It also has different specs you can unlock if you agree to purchase one of its operating licenses either on a permanent or a temporary basis. 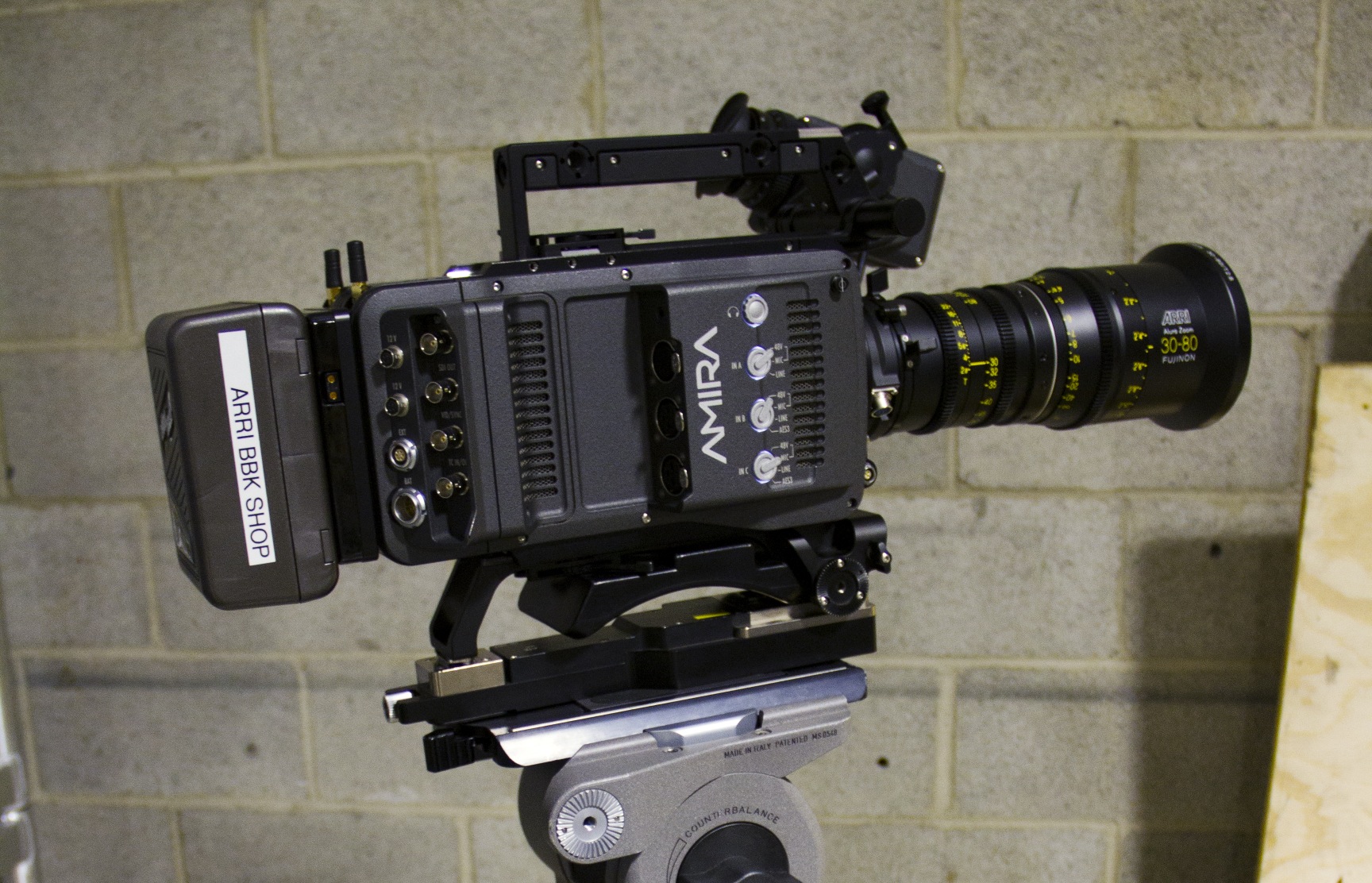 Here you can see the multiple connectors. You have 2 12v power outlets, 2 SDI outputs, 1 SDI input, time code, and battery input. And since it’s an ENG camera it has 3 XLR inputs with corresponding switches for giving the individual lines phantom power as well as a volume control for headphones.

As of this writing, the camera only records to ProRes 422, 422 (LT) and 422 (Proxy) in Rec 709. If you were to get a higher license you would have access to ProRes 4444, 422 (HQ) and the addition of Log C. The camera also boasts Bluetooth and WiFi capabilities for future applications. I asked if that included wireless video village, and apparently that’s something that may be developed in the future. That was a bit disappointing, but the WiFi and Bluetooth capabilities that are in development are more along the lines of remote camera operation. Since the model I was shown was a prototype, I couldn’t experience this feature firsthand.

The one thing I won’t have to wait to see on the final product is the sheer ruggedness of the camera. I was able to get my hands on it so I have a really good idea of how it’s going to handle. And I can tell you that it’s a solid camera that can take a pounding from demanding productions. It has vents parallel to each other on either side of the all-metal body of the camera, so if you peer through one side you see right through the camera. That feature, along with the placement of critical camera functions, keeps the AMIRA from overheating in extreme environments. I’m hoping to have an opportunity to take the AMIRA out to the Mojave Desert to get a firsthand account on the operating reliability, and I was assured this was the sort of thing the AMIRA was built for.

The one elephant in the room when it comes to the AMIRA is the price. At $40,000 USD and around an additional $38,000 USD for the lens I saw paired with it, we are talking about some serious cash for a camera that tops out at 2K resolution. I can already hear producers balk at the rental costs when a RED Epic or Canon C300 will be more wallet-friendly. And that’s without even considering the additional cost of the license to shoot in the 2K resolution, or the additional 100 fps to bring it to the advertised 200 fps the AMIRA can do.

I’ve already heard the comments from the online filmmaking community saying the price alone has killed the camera before it’s even been released. They cite the fact that this is the age of the Panasonic GH4 and Blackmagic 4K cameras all for under $5,000 USD. With the estimated daily rental rate of the AMIRA over $1,000 USD, where does the AMIRA fit?

It fits where it’s intended to fit, on a higher level.

Think about this for a minute. ARRI is letting the low-end market eat itself and is not even making an attempt to fight in those crowded waters. And if you think about it, it makes perfect sense. ARRI’s background has always been and will always be major Hollywood productions. It’s in the company’s blood. It makes the cameras that people drool over and are able to use once they “make it.” At the 2014 Academy Awards, three of the five best cinematography nominations and six of the nine best picture nominations used an ALEXA.

The AMIRA probably isn’t going to be the choice for too many film productions, but it’s not intended to be. It’s going to be the camera you use when you’re traveling through the desert or out on the open water and you want a fantastic film look with an easy post workflow. Networks like Travel, Discovery, History, and bigger budgeted documentaries should be counting down the days to when the AMIRA is released. The cameras are going to make their shows look amazing without the hassle of adapting cinema cameras for the ENG environment.

At the same time, I also see the low-budget crowd choosing the AMIRA for the simple fact that it’s basically a stripped down ALEXA. If combined with the Canon EF mount, the AMIRA could be looked at as a cost-effective choice for productions that want to shoot with the ALEXA. And that’s no small feat, especially at a price-point that makes sense in your budget.

We won’t know for sure how well the AMIRA will do in the real world until it’s released, but just because it’s a higher priced camera doesn’t mean it’s going to be ignored. I remember when the Canon C300 was released, I had a DP friend of mine swear up and down it would be a failure based on its limitations and high price point, but he had to eat a slice of humble pie when he was proved wrong. One way or another, the AMIRA will find its place.

Will it be something I can realistically use on a lower budget project? It all depends, but I’m certainly going to try. How and where this will fit into the market and people’s budgets remains to be seen, and the price point will have a big effect on how all of that shakes out. I happen to think productions can and should use a significant percentage of their budget on the cameras, but maybe I’m being naïve.

The old saying “you get what you pay for” comes to mind, and more and more production folks are finding that out at the end of their project. The AMIRA will let you find that out at the start of your project, which might not be pleasant but is always preferable. 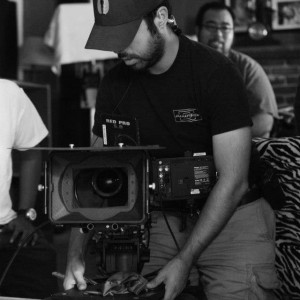 Justin Aguirre is a professional cinematographer based out of Los Angeles, CA. Ever cultivating his craft, Justin has worked in multiple formats and never afraid to try new techniques. Justin believes his approach to a films cinematography is defined by story rather then the genre. It's this philosophy that helps him achieve great cinematic visuals while building trusting relationships with directors. For more information you can check out his website: www.justinaguirre.com