Sony buying Toshiba’s sensors, a new Olympus 300mm Pro lens for Micro Four Thirds and the FilmConvert Color Up Film Competition are some of the notes from last week, presented in this new weekly digest of news.

Sony buying Toshiba’s sensors, a new Olympus 300mm Pro lens for Micro Four Thirds and the FilmConvert Color Up Film Competition are some of the notes from last week, presented in this new weekly digest of news. 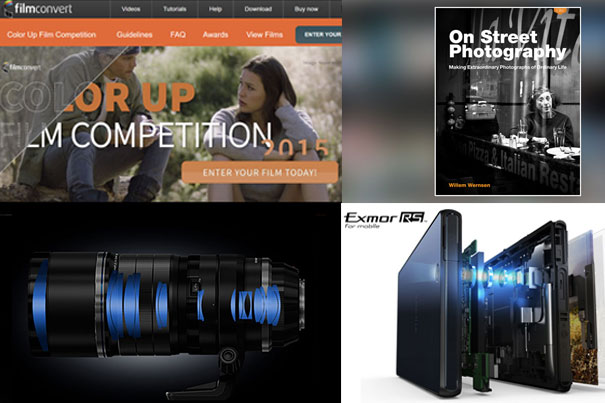 A digest of last week news is a selection of some of the news from week 43 related to the worlds of photography and video, covering everything from contests to business, always rounded up with a reading suggestion. 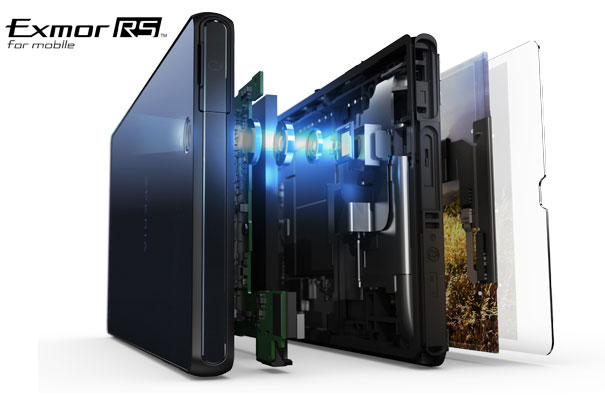 When at 2015 IFA, in Berlin, Sony’s CEO Kazuo Hirai mentioned, about the future of the company’s sensor business that Sony was quadrupling spending on semiconductors this year to 290 billion yen ($2.4 billion) to meet demand for the sensors from customers including Apple Inc. and Samsung Electronics Co., he was probably fully aware that the deal with Toshiba was on.

A recent report by Reuters indicates that “Toshiba Corp is nearing a deal to sell its image sensor business to Sony Corp as part of a restructuring plan laid out by Chief Executive Masashi Muromachi earlier this year, the Nikkei reported on Friday.” 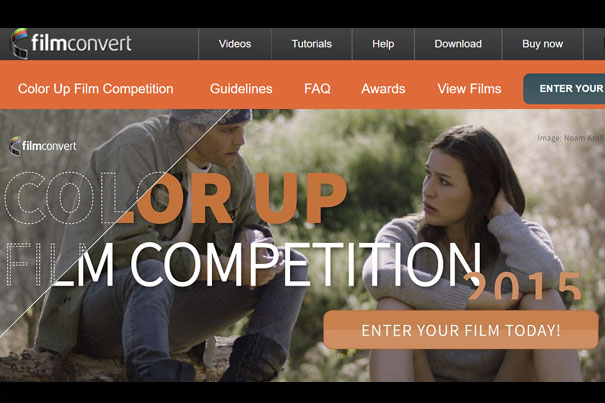 There is little time left to participate on the Color Up Film Competition from FilmConvert. With close to 300 submissions already in, the competition is open until November 1st and you don’t have to make a new film. Just submit a film you’ve graded with FilmConvert and tell the judges how color has enhanced your story. It’s FREE to enter and you could win some incredible prizes from a series of companies associated with the competition. There are 5 categories to enter your film into: Documentary, Music, Wedding, Creative-Story-Drama and Corporate-Advertising.

Once entries close on November 1st, 2015, the FilmConvert Team will choose the top 50 entries. On the 4th November they will announce the top 50. The judges will then pick 1 winner for each category. The public also gets to pick one winner from the top 50 to win the Public’s Choice Award. This will be chosen based on votes. All winners announced 17th November 2015.Find more about the competition and the rules at FilmConvert. 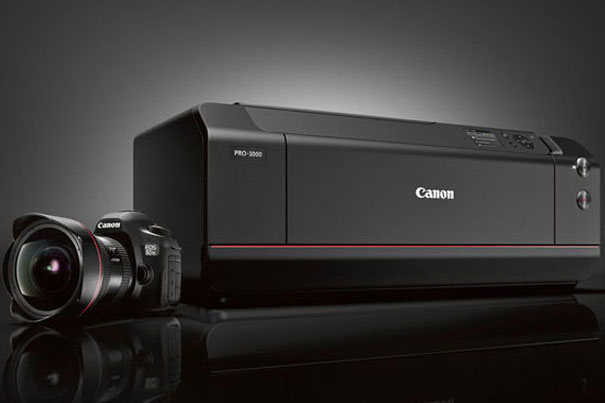 The new imagePROGRAF PRO-1000 Professional Inkjet Printer is a 17-inch, large format solution packed with significant technological advancements, such as a new print head, new ink set and a new image processing engine, resulting in stunning image quality designed for photographers who are “equally obsessed” with the printed image.

This is the first in a new series of imagePROGRAF printers that are marked by the distinctive Canon red line across the body of the printer, echoing the same red line on Canon’s EF L-Series lenses. This feature-rich professional printer complements Canon’s professional line of DSLR cameras and lenses for an ideal pairing that can produce high-detail, high-quality images when printed on a variety of media, creating images that look as accurate printed as when they were captured. 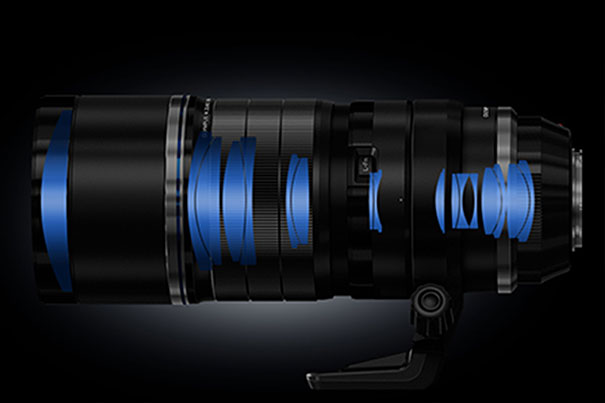 Announced in February 2014, the M.ZUIKO DIGITAL ED 300mm F4 PRO will be available early 2016, suggests Olympus. The lens was shown at PhotoPlus, in New York.

The M.ZUIKO DIGITAL ED 300mm F4 PRO is the first single-focal-length super telephoto lens in the M.ZUIKO PRO series at 600mm (35mm equivalent). This lens has, according to Olympus, superb depictive performance as well as mobility and dustproof/splashproof performance that are perfect for even professional use.

Built for the Micro Four Thirds System, with a first mockup shown at the CP+, Camera & Photo Imaging Show held at the Pacifico Yokohama, Japan in 2014, the lens receives, on the final version, apparently, a stabilizing system, one of the reasons appointed to the delay in delivery of a lens much needed by the MFT system. Ah, and due to that, the new name of the lens is M.ZUIKO DIGITAL ED 300mm F4.0 IS PRO. It will be interesting to see how it fares when the Leica DG 100-400mm f/4-6.3 OIS (35mm camera equivalent: 200-800mm) for Panasonic MFT appears in the market, also in 2016. No price available, yet, for any of the models. 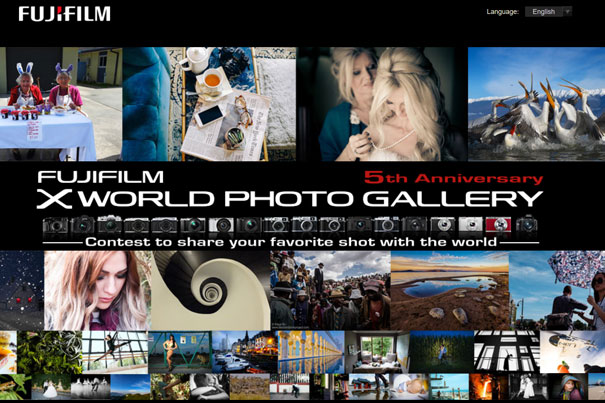 Fujifilm introduced their first X-series camera, the X100, in March 2011. In 2016, the X series will be in its 5th year, so they decided to launch a worldwide contest to celebrate the anniversary.

Fujifilm invites X series users from around the globe to join the celebration and take part in the contest by submitting their favorite photo taken on an X series camera for entry. A total of 100 photos will be selected by a judging panel of professional photographers, printed by Fujifilm experts and then displayed at the photo exhibition in January, 2016 as well as showcased on the Fujifilm-x.com website.

Fujifilm will also be hosting a photo exhibition at their headquarters in Tokyo to showcase the passionate and creative photography works of 100 renowned professional “X-Photographers”.

Follow the link to find more about the 5th anniversary contest. 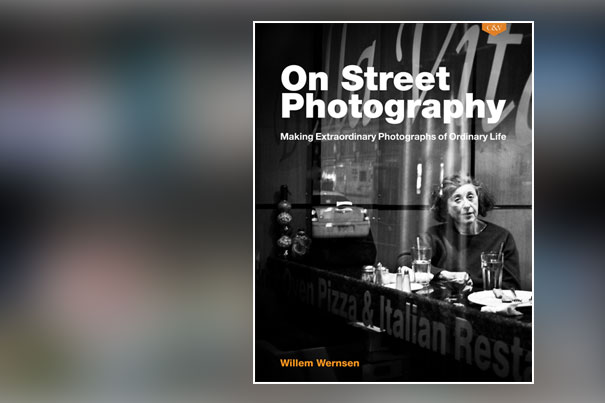 On Street Photography – a new book each week

If “taking it to the streets” has you confused over which way to point your camera, you could run yourself ragged, trying to figure out how to create images like the ones that inspired you to try street photography in the first place.

On Street Photography may help you to find your path within the multiple visions of street photography. With over 35 years of experience and a compelling portfolio, professional photographer Willem Wernsen explains his process in easy-to-understand terms that will make you want to grab your camera and hit the streets with knowledge and confidence to create storytelling candids and portraits.

This 110-page eBook, On Street Photography – Making Extraordinary Photographs of Ordinary Life, outlines the importance of storytelling and finding ways of connecting to help you tell those stories, how to approach people, compositions, framing, equipment, and post-processing. This book summarizes the fundamentals of street photography, as illustrated by Willem’s widely-acclaimed photographs, and includes interviews with veteran street photographers Peter Van Tuijl and Marco Bastmeijer.