Director and videographer Ben Hausdorff turned to the Blackmagic Pocket Cinema Camera 4K to shoot music videos for Pentatonix’s new Ariana Grande medley. Hausdorff also used the Pocket Cinema Camera 4K to shoot Kirstin Maldonado’s upcoming music video for her cover of Selena’s ‘I Could Fall in Love.’ I can’t say I disagree with Ben, the BMPCC4K is a great camera and is very flexible for any shoot. 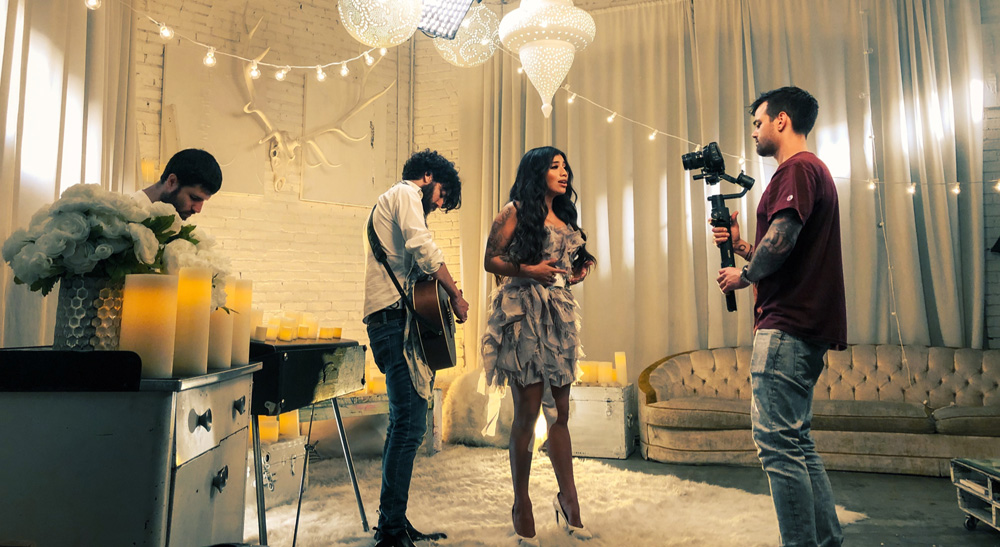 Pentatonix is a three-time Grammy® Award-winning and multi-platinum selling group that has sold nearly 10 million albums worldwide and performed for hundreds of thousands of fans at their sold-out shows across the globe.

Hausdorff is a director and videographer who has worked on a number of music videos, BTS videos for the band’s YouTube channel and concert videos for both Pentatonix and Kirstin Maldonado.

One of the most recent music videos he shot for Pentatonix was the band singing a medley of Ariana Grande songs. The music video captured the incredible harmonies of the five members of the group singing together, and was one of the fastest trending videos on YouTube in May 2019, gaining more than five million views in less than a month. 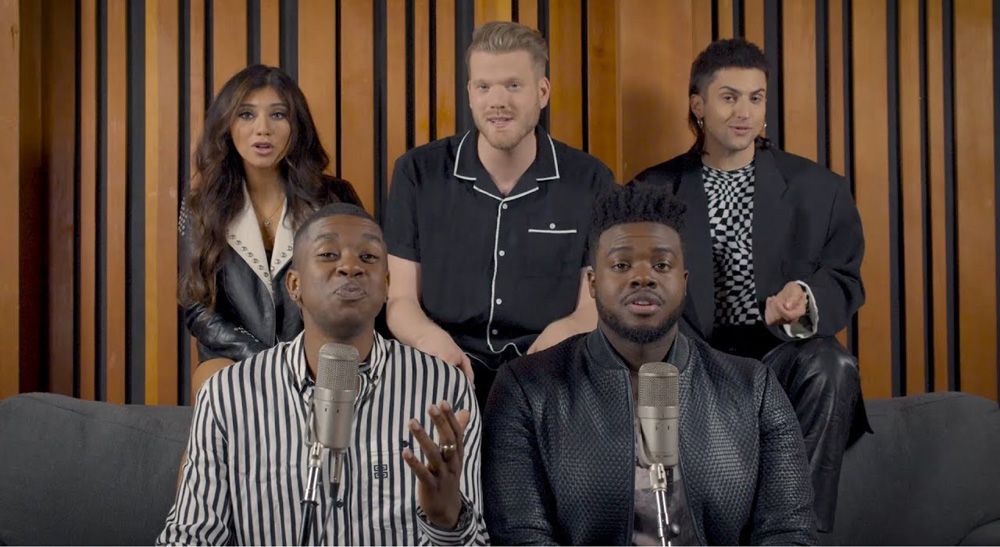 “It was a simple shoot on paper, with each member of Pentatonix sitting on a single couch. We used three studio lights and I just tried to capture the moment,” Hausdorff said. “Even though it looks like an easy shoot, a lot of work had to go into it to make it perfect. The Pocket Cinema Camera 4K gave me incredible 4K images and great recording time.”

One of the aspects of the camera that Hausdorff found especially useful was the large monitor on the back of the camera.

“It is always better when the members of Pentatonix can see the result of each take, but with most camera’s monitors it is not possible because they are so small and do not show a quality image. But with the Pocket Cinema Camera’s large back monitor, they could all see exactly what they needed with each shot and they loved the quality.”

For Kirstin Maldonado’s new cover, Hausdorff used the Pocket Cinema Camera 4K with a larger lighting set up than with the Pentatonix video. This video was also run and gun style, with Hausdorff constantly moving and capturing Kirstin singing in front five other musicians. 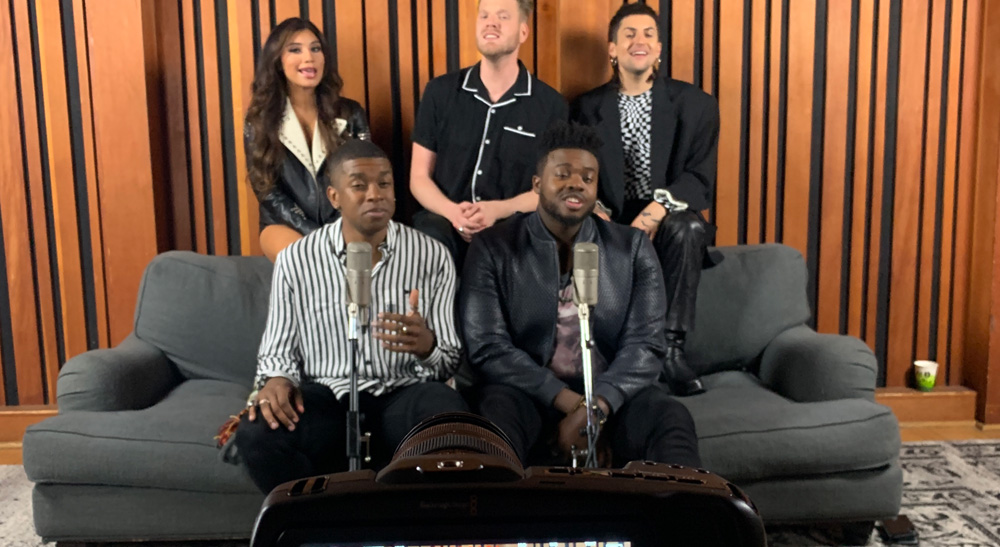 “We wanted to get a real cinema look and feel for the video, but also capture a warm feel to it. At the same time we did not have the budget to go out and rent a lot of gear. The Pocket camera produces cinema quality images in such a small design that I was able to just use that camera and be as mobile as I needed to be,” he said.

“The video is a mix of close ups of Kirstin and wide shots of her and the instrumentalists in the background. No matter what type of shot I needed, I was able to get it with the Pocket. The people in the background even looked crisp in f4 aperture,” Hausdorff said. “I love the quality and RAW capture, along with the built in LUTs with this camera. It really helped us up our game.”