Flanders Scientific is excited to announce 5 additions to its growing monitor lineup. Visit FSI at NAB, booth SL10805, to see these and other great new products on display.

Flanders Scientific is excited to announce 5 additions to its growing monitor lineup. Visit FSI at NAB, booth SL10805, to see these and other great new products on display. 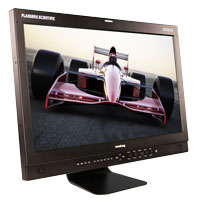 DM250, Quite Possibly the World’s Most Advanced Professional OLED Monitor

2nd Screen Output connections allow you to output what you see on screen to downstream devices. This includes useful features like anamorphic de-squeeze, markers, time code, and active LUTs. These outputs are in addition to the standard loop-throughs, allowing simultaneous output of clean and manipulated images.

A LUT can also be applied to the 2nd screen outputs independently of what is seen on screen allowing the DM250 to serve as a LUT box for calibration of a connected downstream monitor.

The DM250 features a new Zero-Delay Processing Mode. When activated this mode allows for latency-free monitoring. This instantaneous video processing speed makes the DM250 an ideal choice for on set, studio, and post applications that require completely delay-free monitoring.

The DM250 is the first Flanders Scientific monitor to come equipped with Cross Conversion capability. This feature allows you to take Display Port / HDMI / DVI signals and convert them to SDI for output.

The New AM Series: Capable & Affordable

A frequent request made to FSI over the years has been to build a series of monitors that remove advanced features to reduce cost, but still come equipped with professional inputs and proper calibration. The AM series provides this affordable accuracy, but instead of removing all advanced capabilities Flanders Scientific has retained those features and functions that don’t have a significant impact on manufacturing cost. The result is an extremely capable series of affordable broadcast monitors. See how our AM, BM, CM, and DM series compare: 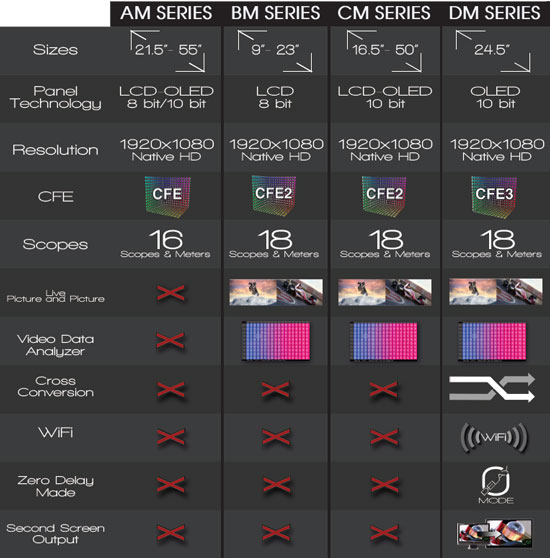 Show special details: Order and payment must be received with coupon code applied by April 17th (end of NAB). Only valid on new AM and DM series units. No minimum or maximum quantity restrictions.

Want to save even more? Additional B-Stock now up for grabs:

Flanders Scientific has received several additional last minute requests for NAB loaner units from other vendors. This means there are a very limited number of additional advance purchase B-Stock units still up for grabs. See what is still available at www.ShopFSI.com