We have reached the end of the 2013 Sundance Institute Directors Lab. Once again our Director and DP teams have created some absolutely incredible content in the very short shooting time they are allotted. The Sony F55 allowed us to achieve that goal by providing a compact, lightweight, super sensitive camera that never let us down. Despite all the conditions we were working in, the camera never over heated, shut down randomly, or failed to power on.  Also, the startup time of the F55 is incredible when compared to other cameras with similar output ability. When you’re trying to complete 15 setups in 6 hours, these kinds of things become very important.

Another great time saver for us was the camera’s high ISO. My DP typically worked with the hyper gamma 7 setting, which put us at 1000 ISO. Shooting a high ISO doesn’t mean that you don’t need lights. It is still the job of the cinematographer to shape light according to the demands of the story. But what a high ISO did do was let us use smaller lights and bring more control devices instead of large, power hungry instruments to set. As anyone who shoots on location knows, every outlet is just waiting to trip, so using smaller lights means you are less likely to be behind schedule looking for a tripped breaker.

Aside from the sensitivity, the color science behind the F55 is nothing short of amazing. At the Labs, we don’t have enough turnaround time to grade RAW images, so our DPs must try to get as much in camera as possible. Thanks to a wide set of matrix controls, you are able to make a customized look in camera without the need for any external software programs.

Sony and the F55 were a vital part of making the 2013 Sundance Institute Directors Lab a success. I am looking forward to seeing the F55 in the field, as it is a camera that can be used in almost every shooting situation I can think of.

Production at the 2013 Sundance Institute Directors Lab has officially wrapped. This has been my third year as an assistant editor and I can say from experience that the workflow this year was smoother than ever before. The turnaround on production days is lightning fast for post. There’s generally a 15 minute window for the AEs to prep footage for dailies viewing. The production teams shoot on Sony F55s and we receive the raw footage via Sony SxS Pro 64-gigabyte cards. We then transfer the footage to our Avid editing systems via Sony SxS USB 3.0 card readers, which often copies in less than five minutes, faster than I’ve ever experienced.  Where we’ve previously had to transcode footage coming in, we found we could now switch to a faster consolidation process due to the compatibility of the Sony codecs and new AMA plugin. All of these factors dramatically reduced our turnaround time. We even had the capability to view directly from AMA links with zero lag if there was a particular time crunch, which happened from time to time on shoots that wrapped late.

Beyond the rapid turnaround of media management for the AEs, the editors frequently have only a single day to cut an entire scene. In this environment, there is no time for any type of image modification or color correction in post before final screenings. With the Sony F55 cameras, our DPs were able to achieve stunning results right on set, and create different looks in camera to correspond with the wide variation in each project – different time periods, moods and landscapes, from an Arctic winter to a Somalian desert, with each director’s distinctive narrative vision. This capability gave the editors a lot to work with from the get-go, with pristine footage coming in that already had unique visual styles applied to it.

The Sundance Institute Directors Lab is a place of ideas and experimentation. Reliability, speed and seamlessness in the equipment we use is essential in allowing that experimentation to happen and Sony continues to be an invaluable asset in granting that level of freedom and quality for all our artists and technicians alike.

We’ve just wrapped production at the 2013 Sundance Institute Directors Lab and we’re all leaving the mountains with a great sense of achievement. Nine emerging directors had the unprecedented opportunity to rehearse, shoot and edit their most challenging scenes with the guidance of an extraordinary group of Creative Advisors including Caleb Deschanel, Kathryn Bigelow, Ed Harris, Alfre Woodard, Oliver Stapleton, and Robert Redford. They came from the U.S., Germany, Somalia and Mexico with stories that were rich in content and singular vision.

Our crews brought such talent, commitment and generosity to their directors and the learning curve was evident with each scene. Shot on the Sony F55 and edited on Avid systems with Sony monitors calibrated to our Barco HDQ 2k-23b projector, our filmmakers had the top of the line gear to fully experiment and ultimately show Lab participants a cinematic experience of their stories. We are deeply grateful to Sony for their continuing contribution to the Labs, which has become a transformative month for everyone involved.

Opening this fall are two Lab supported films that won the Best Cinematography Award at the recent Sundance Film Festival: David Lowery’s Ain’t Them Bodies Saints and Andrew Dosunmu’s Mother of George. And, the Sundance Institute Lab-supported Fruitvale Station, written and directed by Ryan Coogler, which won the Grand Jury Prize and Audience Award at the 2013 Sundance Film Festival, will be opening in mid-July. 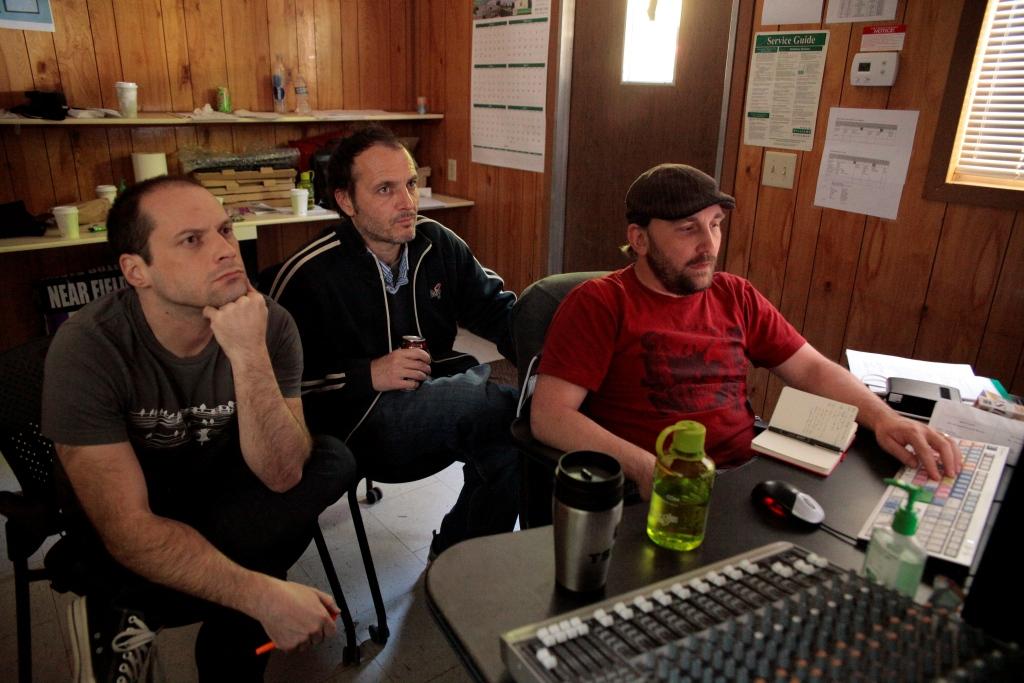 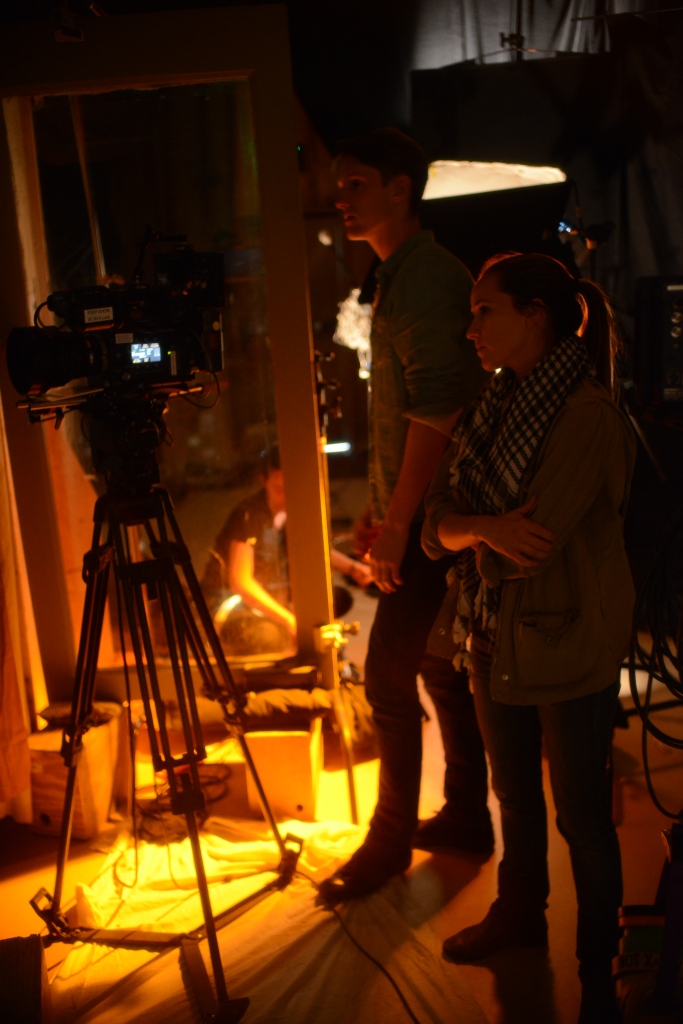 DP Nick Bentgen and Fellow Meredith Danluck set up a shot on the set of her project State Like Sleep.  Photographer: Jonathan Hickerson 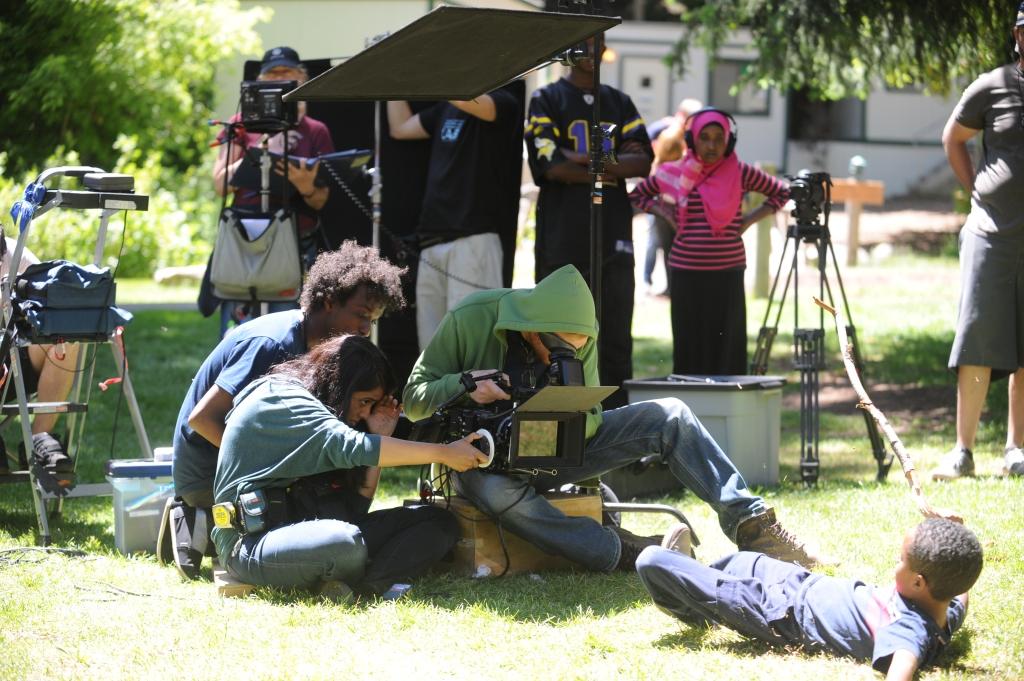