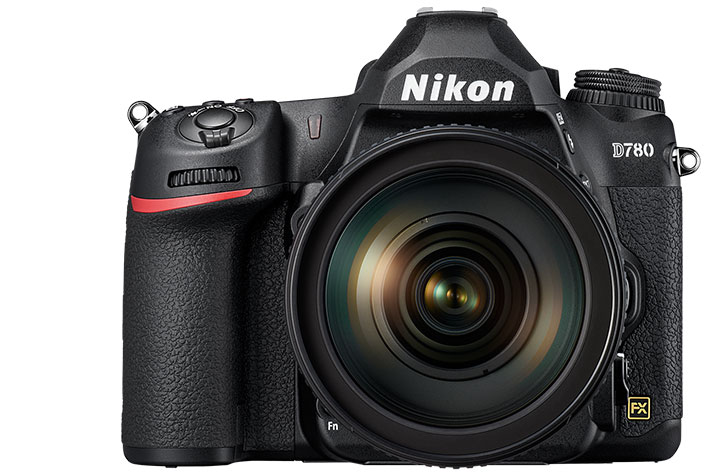 Unveiled in time for CES 2020, the Nikon D780 is, a new kind of DSLR for a new breed of creator: a DSLR that has everything to be even more popular that the model it follows, the D750.

The D750 was/is Nikon’s most popular full-frame DSLR ever, and the D780 appears to be on the path to take the throne and carry the torch. It’s not just a new DSLR, it really is a camera building bridges between sysems, picking what is best from the mirrorless Z family from Nikon and putting it inside a classic model, giving a clear sign to photographers: DSLRs are not dead yet. And if one believes Nikon’s words about the D6 professional model, we’re all in for a surprise.

What we’re seeing here is, to some extent, the same path followed by Canon with its EOS-1D X Mark III, a DSLR that renews its mirrorbox system to show its possible to do better, and at the same time expands the options in Live View, along with specifications that make it a “must have” for sports and news photographers. Although different, the D780 aims to please, and the feature list gives an exciting idea of what this DSLR can do. 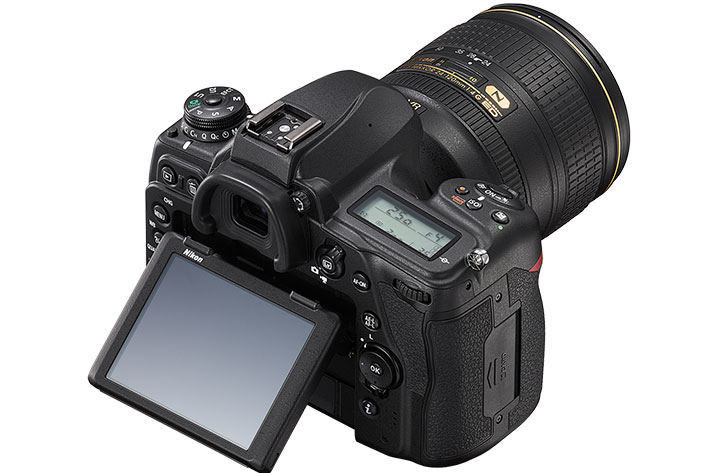 The successor to the D750

The much-anticipated D780 delivers the most sought-after features to give enthusiasts and professionals an agile camera for capturing high-resolution photos and 4K UHD video with the added benefit of fast, accurate phase detect autofocusing. While the D780 retains the rugged reliability of its predecessor, the camera has been turbocharged with Nikon’s latest EXPEED 6 processor, touch operability, advanced autofocus capabilities, extensive video features, a valuable assortment of in-camera creative options and much more. The new D780 is, according to Nikon, “more than a worthy successor to the beloved D750, it’s a proven performer that transcends any creative endeavor.”

“The Nikon D780 is not only a huge leap in technology over the D750, but it also integrates Nikon’s latest cutting-edge technologies to offer the best video feature-set and imaging capabilities in a full-frame DSLR,” said Jay Vannatter, Executive Vice President of Nikon Inc. “A demand exists for a successor to the D750, which offers the unbeatable combination of versatility, image quality and value.” 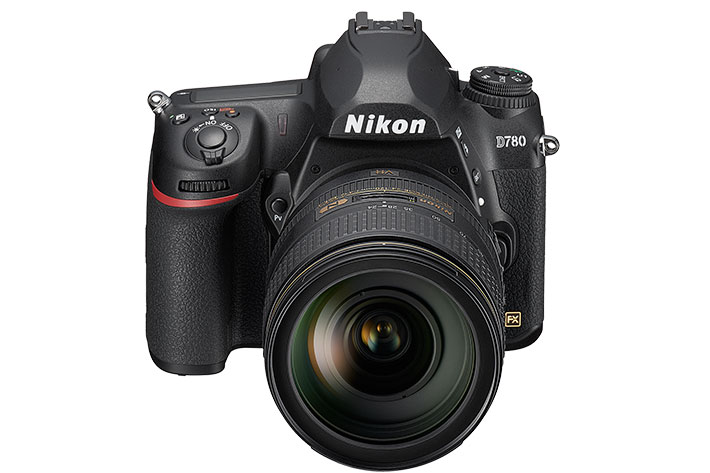 The best video features of any Nikon DSLR

The Nikon D780 sets a new benchmark in DSLR performance, vastly improving upon the capabilities of the D750 by incorporating the newest technology and some of the popular features seen in the Z series, making it powerful and versatile enough to capture anything from fast-action sports to beautifully detailed night skies. The D780 is a seriously capable camera and offers the distinct advantage of being comfortable in the hands of a photo enthusiast, as well as being a popular pro-grade tool for weddings, wildlife, and production environments.

Video is a key element of this model, and the D780 delivers the best video capabilities of any Nikon DSLR, incorporating technology found in the Nikon Z 6 mirrorless camera. That includes: 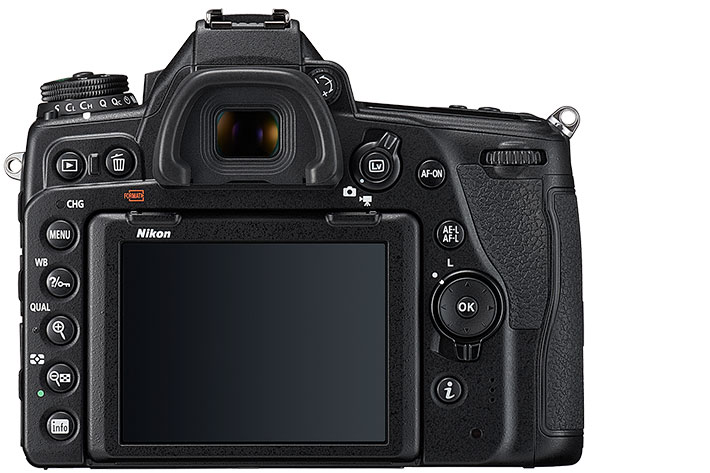 Live View reveals how the development of the mirrorless models ended benefiting DSLRs. For the first time in a Nikon DSLR, the D780 is infused with mirrorless technology, featuring the same 273 point focal plane Hybrid AF system employed in the Nikon Z 6, enabling broad coverage of approximately 90% of the frame. The system offers extremely fast, smooth and accurate AF in Live View and when recording video, a huge benefit for multimedia production. This is also Nikon’s first DSLR to feature Eye-Detection AF, enabling a real-time tracking of multiple eyes in a scene to help ensure tack-sharp focus for portraits and candid shots.

Equipped with a 24.5-megapixel backside-illuminated (BSI) FX-Format CMOS sensor, a wide ISO range that now goes up to 51,200 and is expandable to 204,800, the D780 keeps pace with the fastest action, offering shooting speeds of up to 7 fps at full resolution and shutter speeds as fast as 1/8000 or as long as 900 seconds. Designed with Nikon’s most advanced EXPEED 6 image processor, the D780 is packed with the same powerful processing engine as the Nikon Z 6 and Z 7, allowing for noticeable increases in speed. In addition to greater energy efficiency, EXPEED 6 delivers improved low-light performance, 4K UHD full-frame video with full pixel readout, and enhanced image clarity. 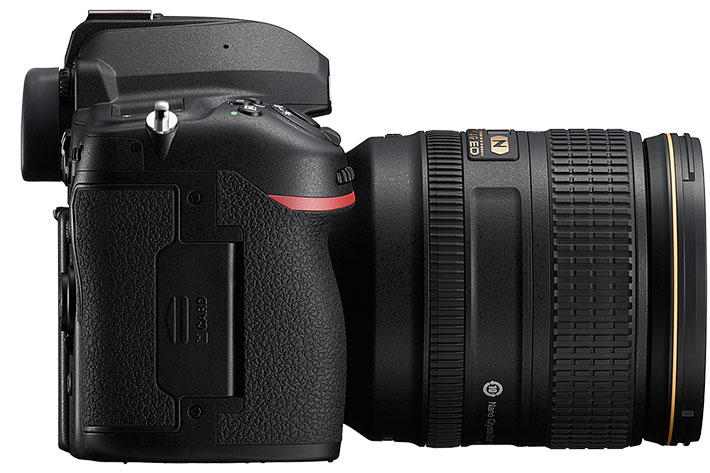 When operating the electronic shutter in Live View, the D780 can shoot continuously without shutter noise at up to 12 fps. When shooting through the optical viewfinder (OVF): Nikon’s proven 51-point AF system is paired with an enhanced AF algorithm inherited from the flagship Nikon D5. 15 cross-type AF sensors maximize accuracy, and the camera uses an upgraded 180K-pixel Advanced Scene Recognition System, which analyzes the scene to ensure balanced exposures and accurate color reproduction. The AF system can reliably track rapidly moving subjects such as wildlife, yet also improves on its surreal ability to nail focus in challenging light, to -4EV in this mode, says Nikon.

Focus Stacking, inherited from the D850, is present. The D780’s Focus Shift feature will appeal to macro, product and landscape photographers seeking extreme depth-of-field, by enabling the user to capture a series of shots at different focus distances and use third party software to generate a highly-defined image consisting of only the areas in focus. New to the D780 is the ability to create a multiple exposure with non-consecutively shot images, giving photographers the capacity to superimpose images in-camera, even when captured from two entirely different locations and times. 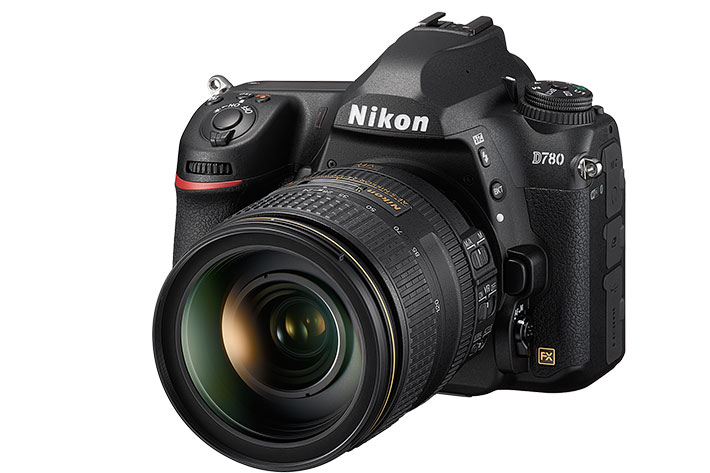 Built like a Nikon, says the company, the D780 features a bright, tilting 3.2-inch LCD enhanced with touch operability to provide a more optimal user-experience, sports a durable build with extensive weather-sealing, offers easy connectivity with Wi-Fi and Bluetooth and features energy-saving performance, being able to capture  2,260 shots on single charge which is a significant increase in battery life compared to the D750, making it the ideal companion for photographers embarking on a day-long outing.