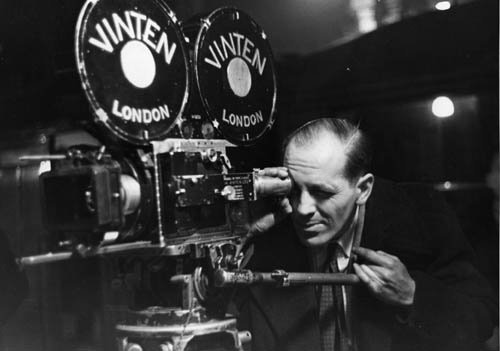 Vinten®, a Vitec Group brand, is proud to celebrate its 100th anniversary as a global leader in camera support technology.

It was on January 1, 1910 that William Vinten, already widely known as an accomplished mechanical engineer, took over a Wardour Street workshop in London and opened his own business – first repairing, then designing and building cameras. Exactly 100 years ago today – January 7, 1910 – the new company received its first order, for 25 Kinemacolor machines (high-speed film projectors for the Edison color system), at £28 each.

When television first appeared on the scene, Vinten naturally took an active interest. Before the advent of video recording, the only way to archive content was on film, often using a Vinten camera. By the early 1950s, the new techniques of television production were being developed, where cameras needed to move freely around the studio floor. While others tried to adapt film camera supports, Vinten realized that a totally new type of system was called for.

In 1956, the first hydropneumatic pedestal – a design that many said couldn’t be built – was delivered. “The type 419 pedestal was a remarkable achievement, and the principles on which it was built are still in use in today’s Quattro pedestals,” said Roger Wilson, managing director. “That encapsulates much of what is good about Vinten,” he added. “We achieved something no other manufacturer could through bold innovation in design and very high quality, high precision engineering and manufacture. Those Vinten values are as true today as they have been for the last 100 years.

“Most importantly, they will remain the cornerstone of Vinten well into the future,” Roger Wilson concluded. “We will, of course, be celebrating with all our staff and our customers during the course of the year, but our main focus will be on continuing to apply our innovations to new products for 2010 and beyond.”

About Vinten
Vinten® is a global market leader in camera support technology for broadcast professionals, as well as corporate, education and government applications. The range covers manual heads, tripods and pedestals suitable for studio, outside broadcast, ENG and EFP. Central to the Vinten look and feel is Perfect Balance: whatever the position, angle or elevation the camera stays where it is set – always.

Founded in 1910, Vinten has 100 years’ experience to bring to its program of continuous innovation and improvement, developing the most intuitive supports available by working closely with today’s camera professionals to understand their real needs.
Vinten® is a registered trademark of The Vitec Group plc

About the Vitec Group:
The Vitec Group plc is acknowledged as a global leader in the supply of equipment and services to the broadcasting, entertainment and photographic industries and has established a reputation for technical excellence and superior engineering along with an astute business strategy which has seen it grow by acquisition. Innovation is a cornerstone of the Group’s activities and the organization is committed to a policy of continuous product development. With revenues (2007) of $546m (£274m) and over 2200 employees worldwide, its products are distributed in almost 100 countries, through a strong, fully-resourced distribution network or direct to the end user or corporate customer.