With streaming becoming the way artists get in touch with their public, a navigable audio system can be a breakthrough. Zylia believes their 6 Degrees of Freedom Navigable Audio system is the solution. 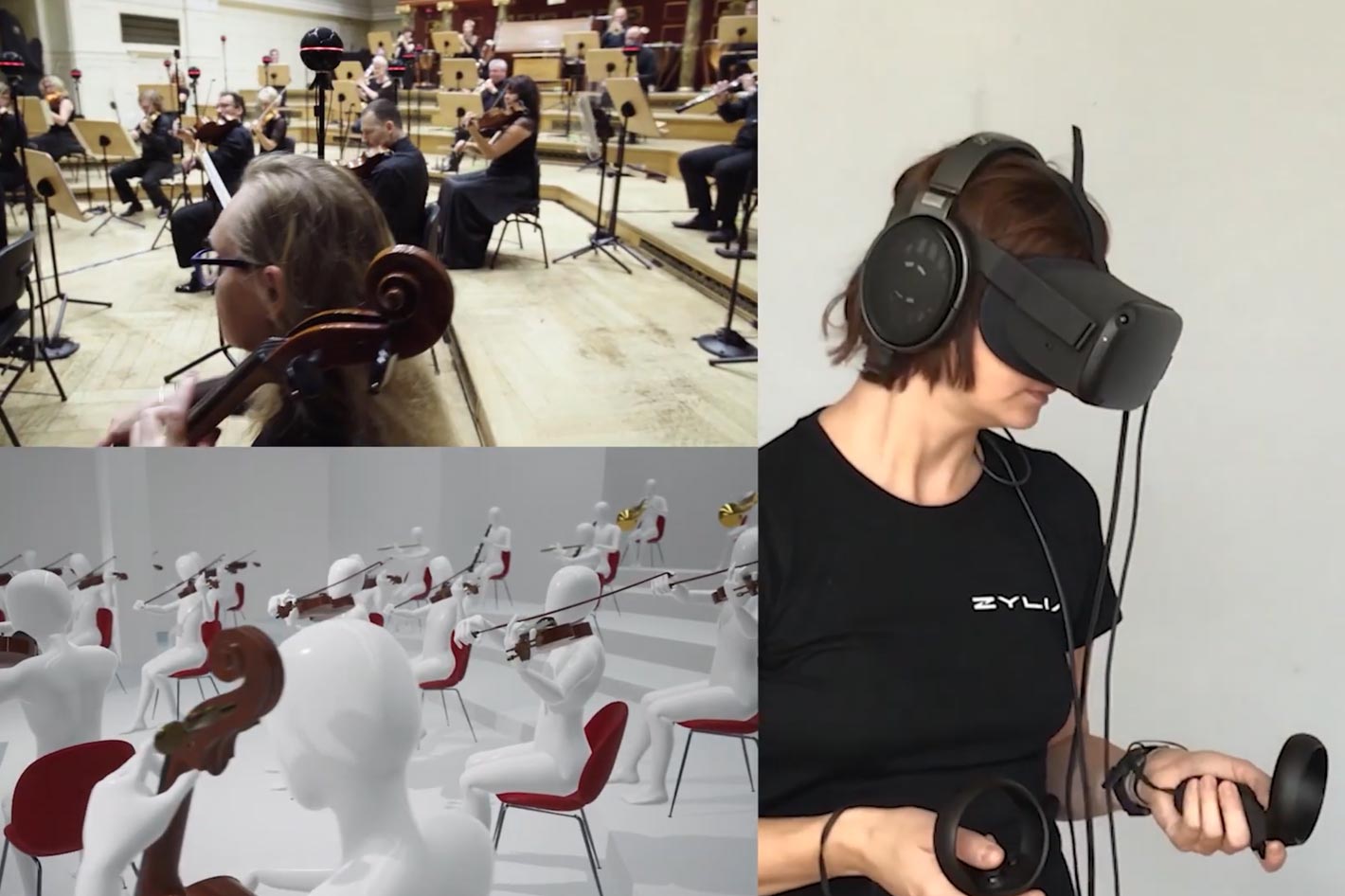 Here is a demo for you to listen to: the whole 3D audio recording of the Poznań Philharmonic Orchestra concert, with 34 musicians, 30 microphones, and 600 audio channels, totals 3 hours and 700 GB of audio data. Enjoy!

Zylia, an industry leader in the field of 3D audio recording, continues to promote its solution for anything from VR and AR to games of concert streaming. The most recent example is a 4-minute demo that takes you to the stage as the Poznań Philharmonic Orchestra plays the overture from “The Marriage of Figaro”, from W. A. Mozart. The video premiered on YouTube and Facebook recently shows how it works when each listener can enact their own audio path and get a real being-there sound experience.

With 34 musicians on stage and 30 Zylia 3’rd order Ambisonics microphones, the company showed the possibilities of the Zylia 6 Degrees of Freedom Navigable Audio system – a breakthrough in sound streaming. Zylia’s system does offer a new way of experiencing the sound trough the Internet, which may be just what we need, now that so many things are being offered online, either pre-recorded or live.

Zylia notes that the virtual concert with the Poznań Philharmonic Orchestra is a “real being-there sound experience” but I dare to suggest that it goes beyond that, because you’re not just sitting on the third row in front of the stage, through the magic of the system you can move around the stage, and listen to the music from different spots, following the musical flow or listening to a specific instrument you want to listen to. No other sound system allows you to do that, as far as I know! 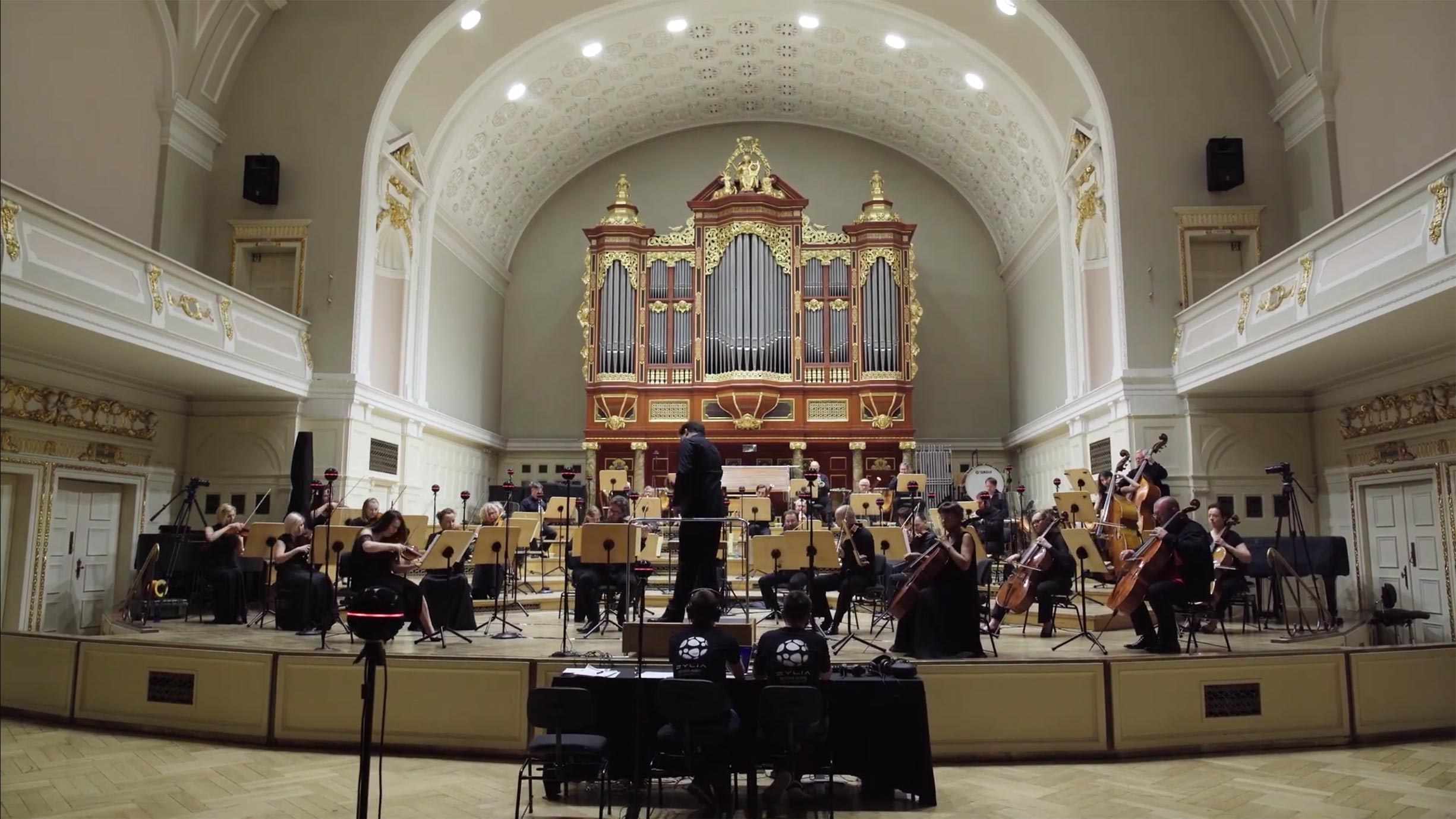 While it may not be as perfect as some wish, Zylia’s 6 Degrees of Freedom Navigable Audio system puts an impressive show. We’ve shown some more about the system before, here at ProVideo Coalition, and this new example will immerse and convince you. Just get your headphones and sit back, while watching the video. It’s not difficult to imagine what this can do for a whole variety of musical experiences. Not to mention how the system makes sense for Virtual Reality experiences, where the viewer is placed inside a 3D space. 3D sound is necessary for those experiences. 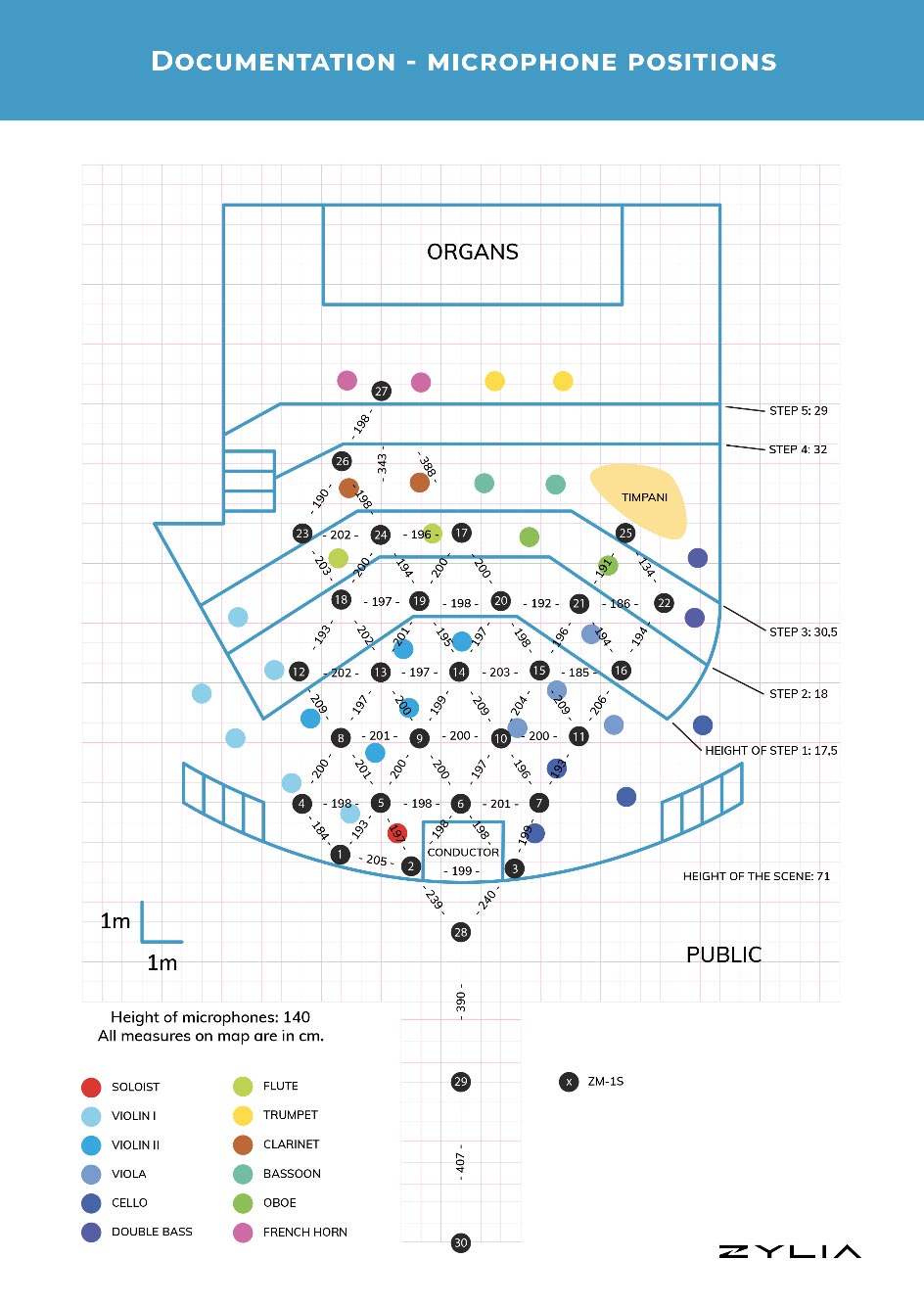 The demo with the Poznań Philharmonic Orchestra comes at a time when the number of streaming events continues to grow. After an initial period where no one knew exactly what to do next and hoped that “next month we will be back to normal again” now everybody, musicians, comedians, actors, and television personalities are connecting with their public through Facebook, YouTube, Tweeter, Instagram, Twitch, Zoom, TikTok and their own websites.

The pandemic moved the whole world online and from live performances at home or at venues without an in-house audience to pre-recorded material – we all have seen our share of Zoom concerts – artists are trying to cheer up their fans and offset their losses from canceled or postponed live events. Either way, the public demand for streaming footage is huge and still grows. American “billboard” magazine publishes every week all the live streams and virtual concerts to watch during corona virus crisis. Since March 2020, they put on the list over 800 events, and that’s just the beginning, as there is almost everything there: concerts, digital festivals, virtual exhibitions, talking panels, readings, movies, theater plays and many others. 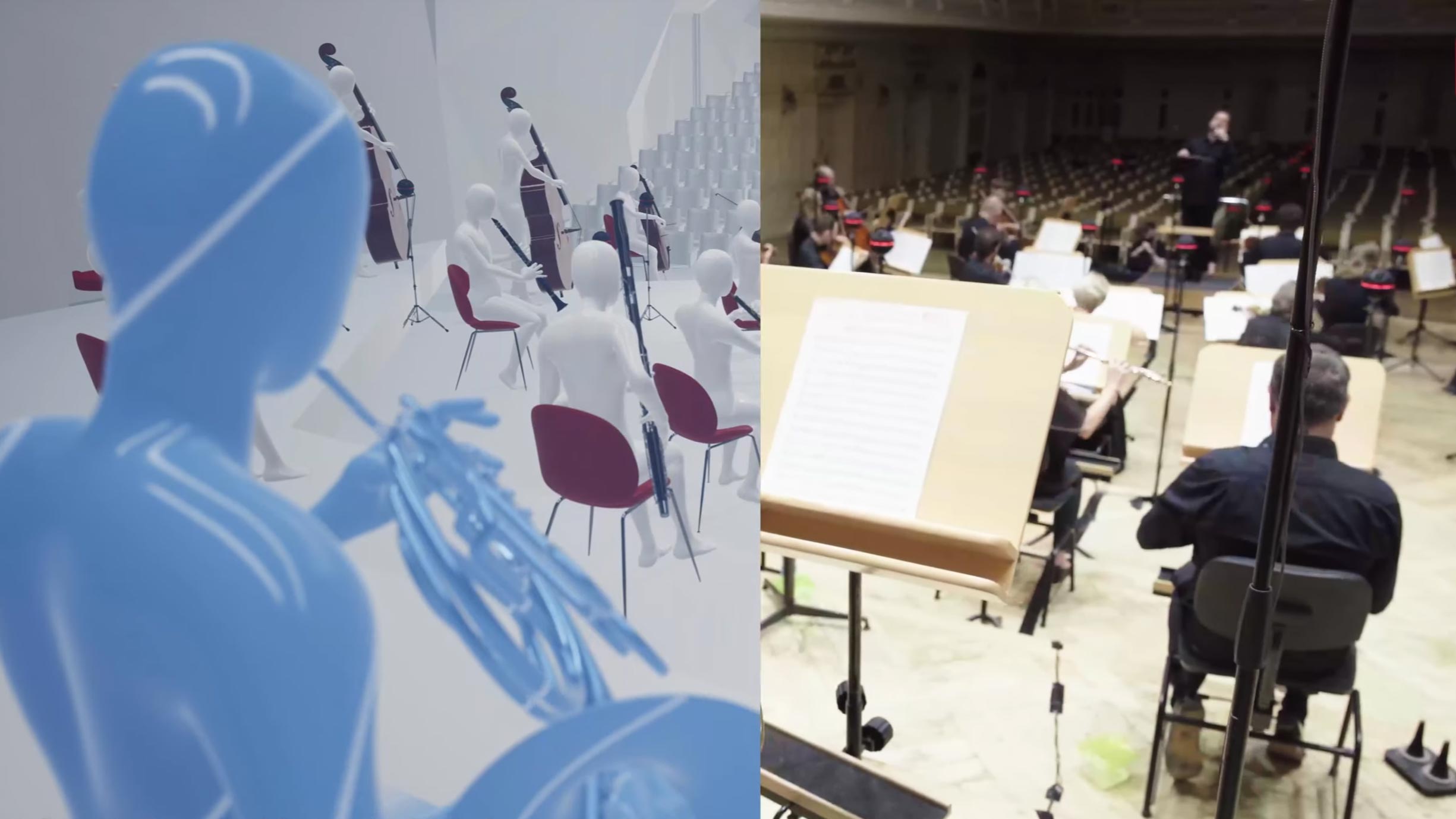 Broadcasting concerts during a pandemic

Audio is a key part of any performance, and we’ve seen how audio is still a problem through these last months: while webcams and video technology have reached a point where the image offered is enough for professional use, in many cases, audio is not always at the same level of quality. As streaming, live or pre-recorded, becomes not an after thought but the plan A for many artists, big or small, those players need to find a way to stand out of the forming crowd when showing their work through the Internet. 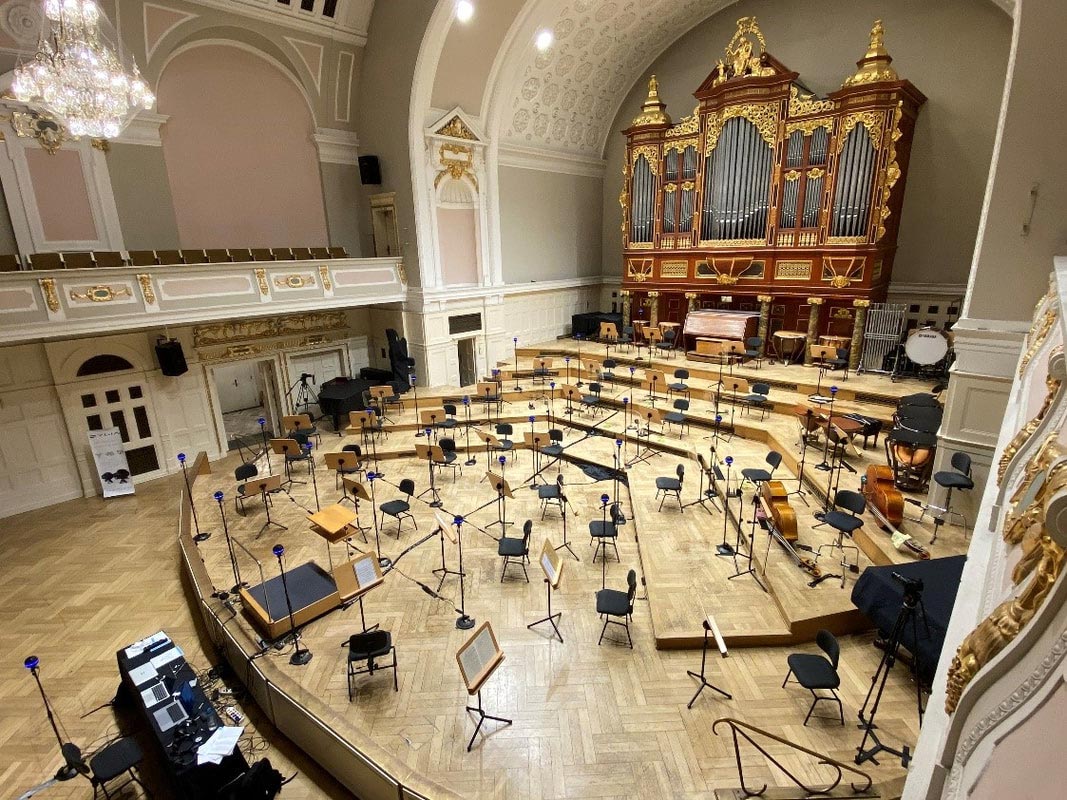 Zylia believes the company has a solution: its unique 6 Degrees of Freedom Navigable Audio recording can be a breakthrough in the streaming of sound. Their work with the Poznań Philharmonic Orchestra, from Poland, is a real-world example of what can be achieved. “In the last months, we faced a problem of making concerts without a public. We’ve been broadcasting the concerts, but it produced a lot of problems on how to show the acoustic of the hall, – says Łukasz Borowicz, the Principal Guest Conductor of Poznań Philharmonic Orchestra.

Zylia’s solution used during Poznań Philharmonic Orchestra concert allowed to record an entire sound field around and within the performance. For a common listener it means that while listening they can walk through the audio space freely. For instance, they can approach the stage, or even step on the stage to stand next to the musician. At every point, the sound they hear is a bit different, as in real life. “This is something particularly important in the Zylia system – Łukasz Borowicz – it makes it possible to listen to the orchestra not only from one fixed place. You can go to the balcony or the last row and acoustic changes.” 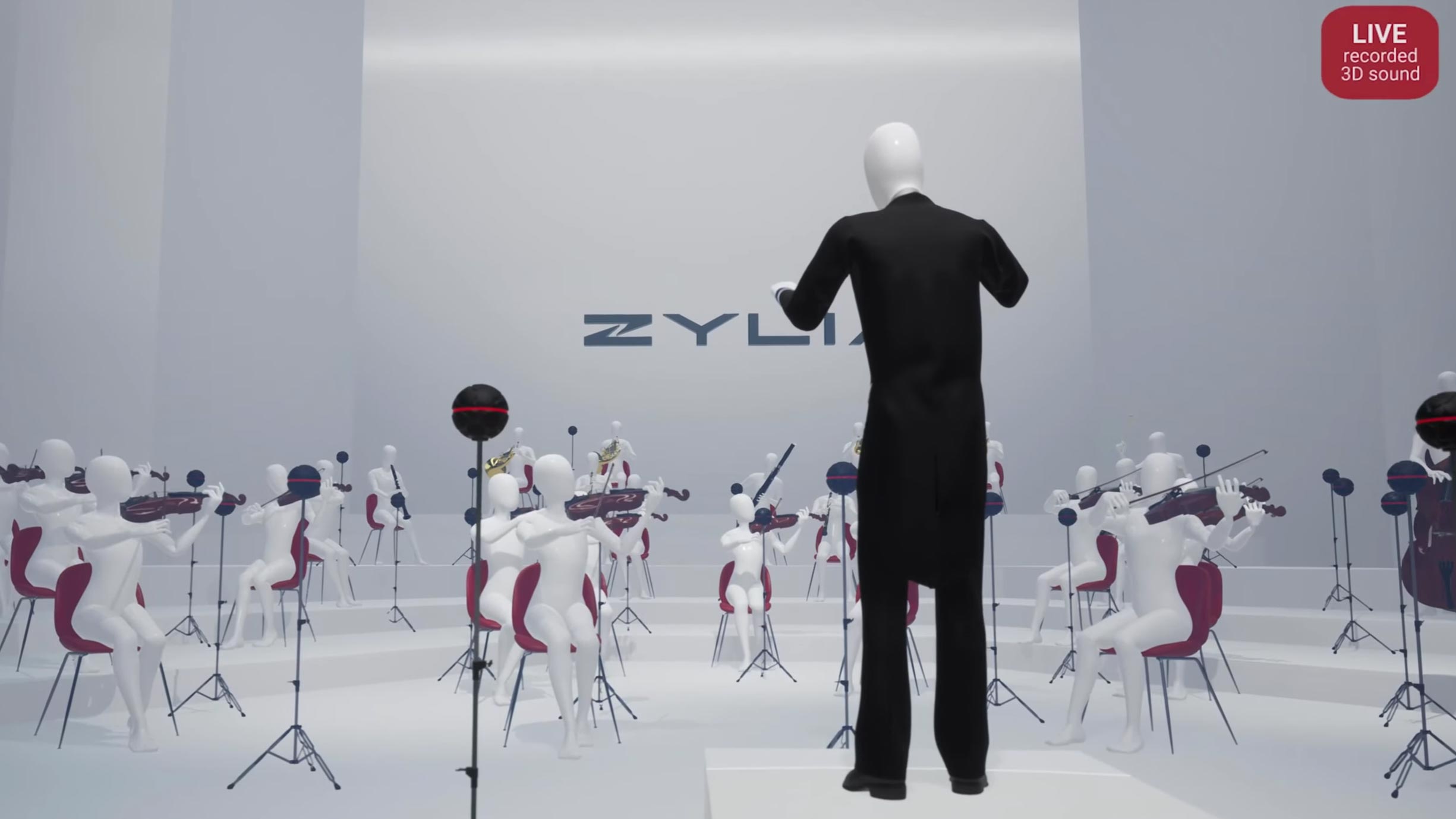 Behind the Scenes of a concert

The recording with the Poznań Philharmonic Orchestra using Zylia’s 6 Degrees of Freedom Navigable Audio system was made with:

The result can be experienced in the demonstration video and explored further in the Behind the Scenes video also published by Zylia. The listener can navigate smoothly around the scene and experience the sound from anyplace – close perspective, the backstage or the audience. Notice how the sound changes while passing by the musicians. The 6 Degrees of Freedom in Zylia’s solution name refers to 6 directions of possible movement: up and down, left and right, forward and backwards, rotation left and right, tilting forward and backward, rolling sideways.

For the team at Zylia responsible for the project, this is an example of what the future can bring. Tomasz Żernicki, CEO of Zylia says “when we look into the future, what we see is a completely different world of interaction with creative art. We see streaming platforms enabling people to participate in concerts of any artists they want. Platforms that they can enter from their homes and join the experience with their friends. We see hyper-realistic games, both visually and audibly, allowing players to fully immerse themselves in the plot. Finally, we see virtual reality creations, available for everybody from anywhere in the world and limited only by the imagination of their designers. Zylia Navigable Audio is a huge step in that direction, and we are very proud of the impact that we are having on the future of 3D audio technology.”

One final word, from Wojciech Nentwig, director of the Poznań Philharmonic Orchestra: “I am not a fan of experiencing classical music through electronic media. However, I admit that the recording made by the Zylia team surprised me very pleasantly. I am glad that thanks to this innovative form of recording, classical music can reach even wider audiences. Congratulations to the Zylia team for an interesting research and such achievement.”