Zeiss presented at NAB 2017 ten compact prime lenses, a whole new family announced under the concept “Hollywood Technology for Everyone”. 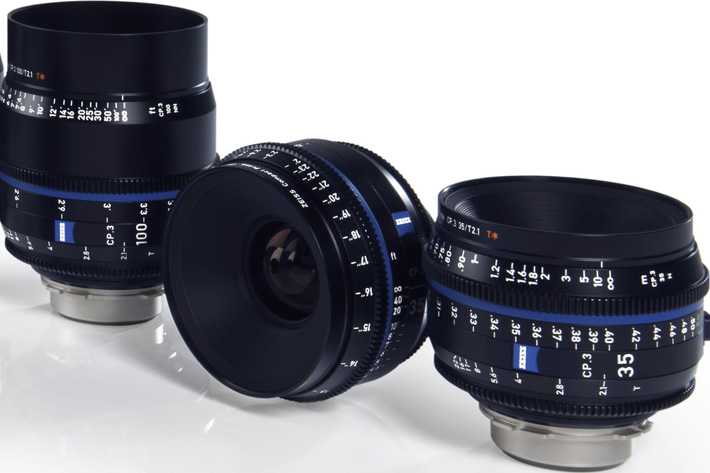 The new lenses, covering everything from 15 and 135mm,  provide metadata and enable the correction of distortion and shading. Zeiss says that for the first time, even low-budget productions can employ visual effects.

The new lenses, which will be available gradually starting June, have prices between $4,390 and $7,490, prices that are not considered “low-budget” by everybody. This said, they do represent a new level in terms of the Zeiss catalog. Besides, they represent a new advancement in terms of technology.

In fact, at the NAB Show in Las Vegas, Zeiss presented new metadata technology that makes it possible to correct distortion and shading with the ten prime lenses announced. As Zeiss puts it: “No matter if it is Star Wars, Harry Potter or Avatar: these days, just about every film features special effects. For many small film productions, having visual effects in their movie would be a dream come true. Unfortunately, making the image fit the look of the footage has required expensive tools – until now.” To solve the problem the company has equipped its new Zeiss CP.3 XD compact lens family with Zeiss eXtended Data.

“What exactly is this?” you’ve probably asked by now. Well, “Zeiss eXtended Data is the first metadata technology which stores the lens distortion and shading – for every single frame,” explains Christophe Casenave, Product Manager at Zeiss. “Moreover, all /i Technology metadata are recorded, including the focus distance, aperture value and depth of field, which is supported by most cameras.” This makes the technology ideal for working with visual effects: by using the metadata, it just takes a few clicks to modify the image generated on the computer to fit the lens characteristics, and to then splice it together with the footage to create a realistic image. Distortion and shading can be corrected or even amplified in post-production. 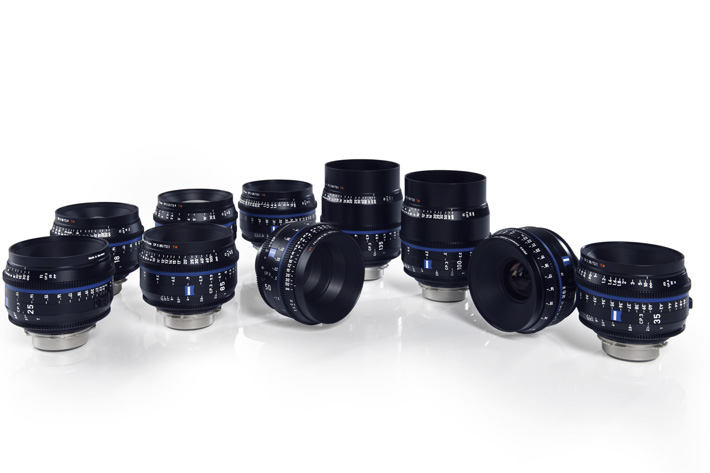 “It used to be that only big blockbusters could take this approach,” says Casenave. “Cine lenses that provide metadata are relatively expensive and, up until now, distortion and shading had to be manually measured – a time-consuming and expensive process.” However, since Zeiss has incorporated the technology into its compact CP.3 XD cine lens family, low-budget productions can now take the same approach to creating their own special effects. “With Zeiss eXtended Data, we are offering Hollywood technology for everyone, providing small film teams with new creative opportunities.”

With the Zeiss CP.3 XD, Zeiss not only offers the lenses with metadata, but has also given thought to storage and processing. It has teamed up with partners in the industry: the company Ambient has developed the MasterLockit Plus system together with Zeiss. It records all metadata along with a time code in case the technology is not supported by the camera. “This way truly everyone can work with Zeiss eXtended Data, no matter what equipment they use,” says Casenave.

Thanks to the cooperation with the software developer Pomfort, distortion and shading can be modified on the set in real-time using the Pomfort tool LiveGrade Pro. The film crew already gets a sense of what the final look will be during the shoot. The film clips and lens data can be consolidated and organized with Silverstack, Pomfort’s file manager.

Zeiss plans to further expand the new metadata technology in the future. “Our customers will then be able to upgrade to the new version, making the CP.3 XD a long-term investment,” says Casenave.

In addition to the metadata, filmmakers have even more reasons to get excited about the new lens family: the ten prime lenses between 15 and 135 millimeters cover full-frame. As is typical for Zeiss, the image has a clean, crisp look, and Zeiss says the image quality is excellent. “These lenses deliver outstanding results, even in light situations with a large dynamic range, i.e. highlights and shadows within the same scene,” says Casenave.

The maximum speed of the seven focal lengths between 25 and 135 millimeters is T2.1, the 15, 18 and 21 millimeter lenses have a speed of T2.9. With a front diameter of 95 millimeters, the lenses are light-weight and compact. They are particularly well-suited for hand-held filming or shooting with gimbals, Steadicam or drones. Zeiss has also improved focusing: the manual focus is now noticeably smoother. According to Zeiss, it is comparable with the Zeiss Master Primes and can also be operated with a small motor. The focus rotation angle is 300°. The lenses are equipped with an interchangeable mount so that they can be used on almost any camera. In addition to the Zeiss CP.3 XD, there is also a version available without metadata: the Zeiss CP.3.