The new YI 360 VR camera promises truly high-end virtual reality video easy and accessible to anyone at an accessible price: $399. 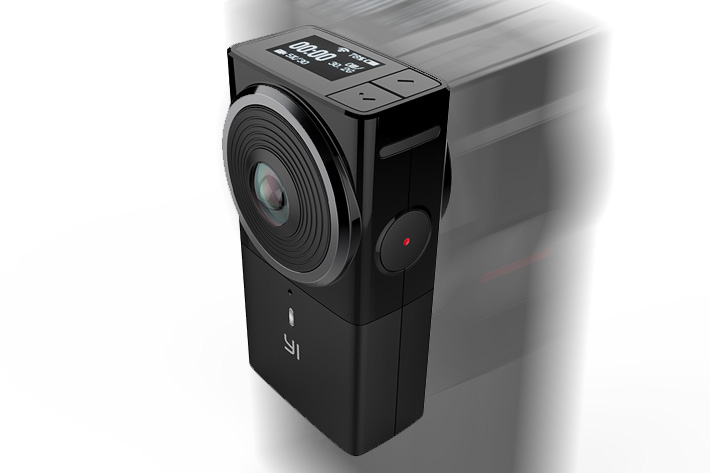 Available June 2017, the new YI 360 VR camera from YI Technology was showcased at NAB 2017. The company considers its new product to be “a major step in making truly high-end virtual reality video easy and accessible to anyone who wants to create and share content. The company also announced the YI HALO, the newest professional-grade 360-degree, stereoscopic camera for the Jump platform from Google, but the YI 360 VR is its solution providing a complete solution for anyone to create immersive, 360-degree video experiences easily, quickly and anywhere.

With a simple, handheld and mountable camera design, the YI 360 VR is, according to YI Technology, the first VR camera to combine high-fidelity, 360-degree video capture, mobile application for easy use along with 4K instant, in-device stitching and 2.5K live-streaming to any sharing channel.

“Virtual reality is exciting. It promises a whole new range of opportunities for creating and sharing truly immersive experiences,” said Sean Da, CEO of YI Technology, “but it can also be really intimidating. For VR to truly take off it has to be easy and fun. At YI Technology, we challenge ourselves to bring the most innovative technologies together in a way that is simple, enjoyable and useful for anyone, from kids to professionals. VR is no exception. Too many of today’s solutions are exciting in theory but really complicated in practice. That is why we worked so hard to perfect YI 360 VR. Using the best components, rigorous industrial design and many years of testing, we eliminated the cables, confusing interfaces and bulky components and added 5.7K fidelity, 4K in-device stitching and 2.5K live-streaming, all in a handy, affordable package so everyone can share exciting moments live, from any angle.” 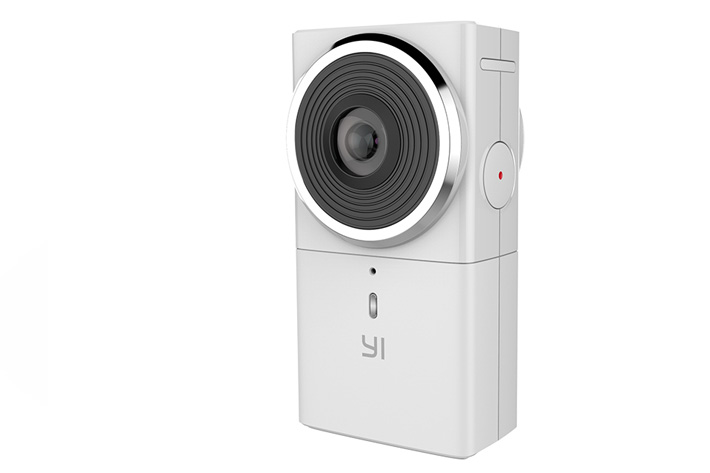 The camera delivers both video and images – in 360. YI 360 VR features professional-grade video quality at up to 5.7K/30fps in 360 degrees for post-production work, thanks to Ambarella’s virtual reality SOC H2V95 chip and a pair of sharp 220-degree lenses mated to a pair of 12MP SONY IMX377 CMOS sensors. It also captures 5.7K 360-degree still photos. Most other multi-lens VR cameras give you clunky, choppy video images and require streams to be stitched together on a computer. The YI 360 VR offers seamless in-device stitching without added software so anyone can make high-quality 4K, 360-degree VR videos instantly.

The YI 360 VR is lightweight and compact and easy to use. At only six ounces and easily mountable wherever you put an action camera, it can go anywhere you go. Simple controls are on the device or the companion YI 360 VR mobile app allows you to control the camera, preview, playback, edit and share 360-degree videos from any smartphone. Record for over an hour on one battery charge (AC power also included) the YI 360 VR connects with WiFi so you can view, edit and share instantly and continuously right in the app.

In terms of connectivity, the camera features up to 100Mbps high-speed WiFi (Dual-band Wi-Fi 2.4GHz & 5GHz) to enable users to live-stream 2.5K/30fps 360-degree videos or download photos and videos from camera to smartphone. Connect with a WiFi network and you can start live-streaming everything around you to Facebook, YouTube, and more at 2.5K in 360 Degrees. The high-speed WiFi makes photo auto-sync possible and video download extremely fast. Photos taken by the camera can be automatically synchronized to any smartphone instantly so manual download is no longer needed. Use the app to easily post photos or videos with one click to all your favorite social networks.