One of the key apps from XSplit, XSplit Broadcaster, has a new update, with lots of bug fixes and new features, as a dark theme interface requested by users. The next update is already being prepared! 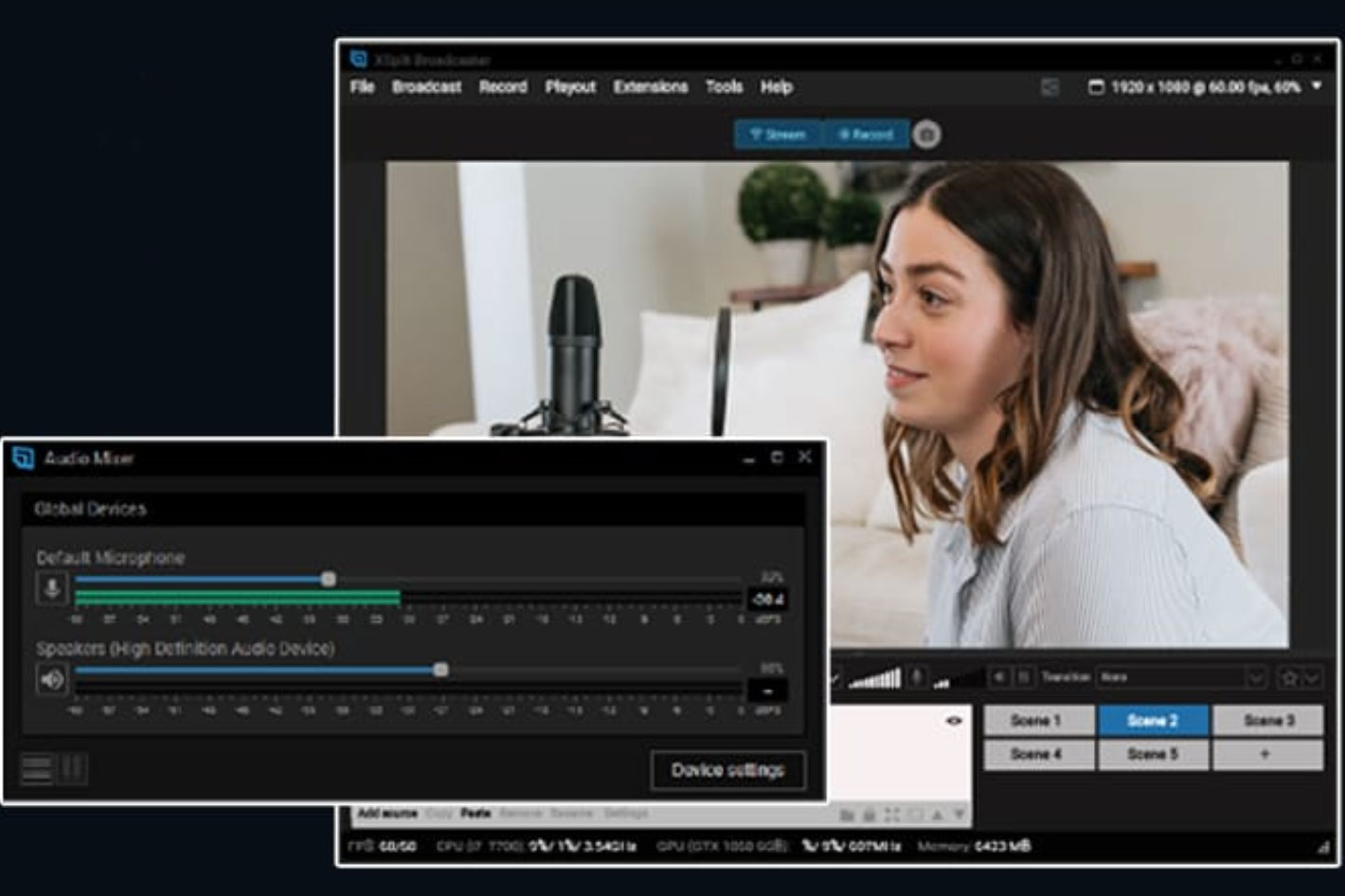 XSplit Broadcaster, a powerful live streaming and recording studio that offer limitless customization reaches version 4.1, with a series of improvements, enhancements and fixes.

Many consider it to be the the best all-in-one streaming and recording application for content creation, powers the biggest events in gaming, esports and more. XSplit Broadcaster, from Xsplit, has now reached version 4.1, thanks to an update, this month, that focuses on enhancements of existing features, handy quality of life improvements, and tons of bug fixes.

While version 4.0 was about introducing big new features, for this version the team behind development of the app looked at ways to make the software even more reliable. XSplit is a brand that is all about giving creators the tools they need to create beautiful and immersive video content, and XSplit Broadcast, along with XSplit Vcam, XSplit Connect: Webcam and the now in beta XSplit Presenter are the company’s solutions available for different needs and users.

XSplit Broadcaster, a powerful live streaming and recording studio that offer limitless customization, is a good example of an app that features a powerful user interface offering limitless customization. Users can simply drag, drop and resize a multitude of media sources like images, videos, GIFs and web pages, and add Skype calls with just a click or screen capture your Zoom, Teams, or Discord calls! 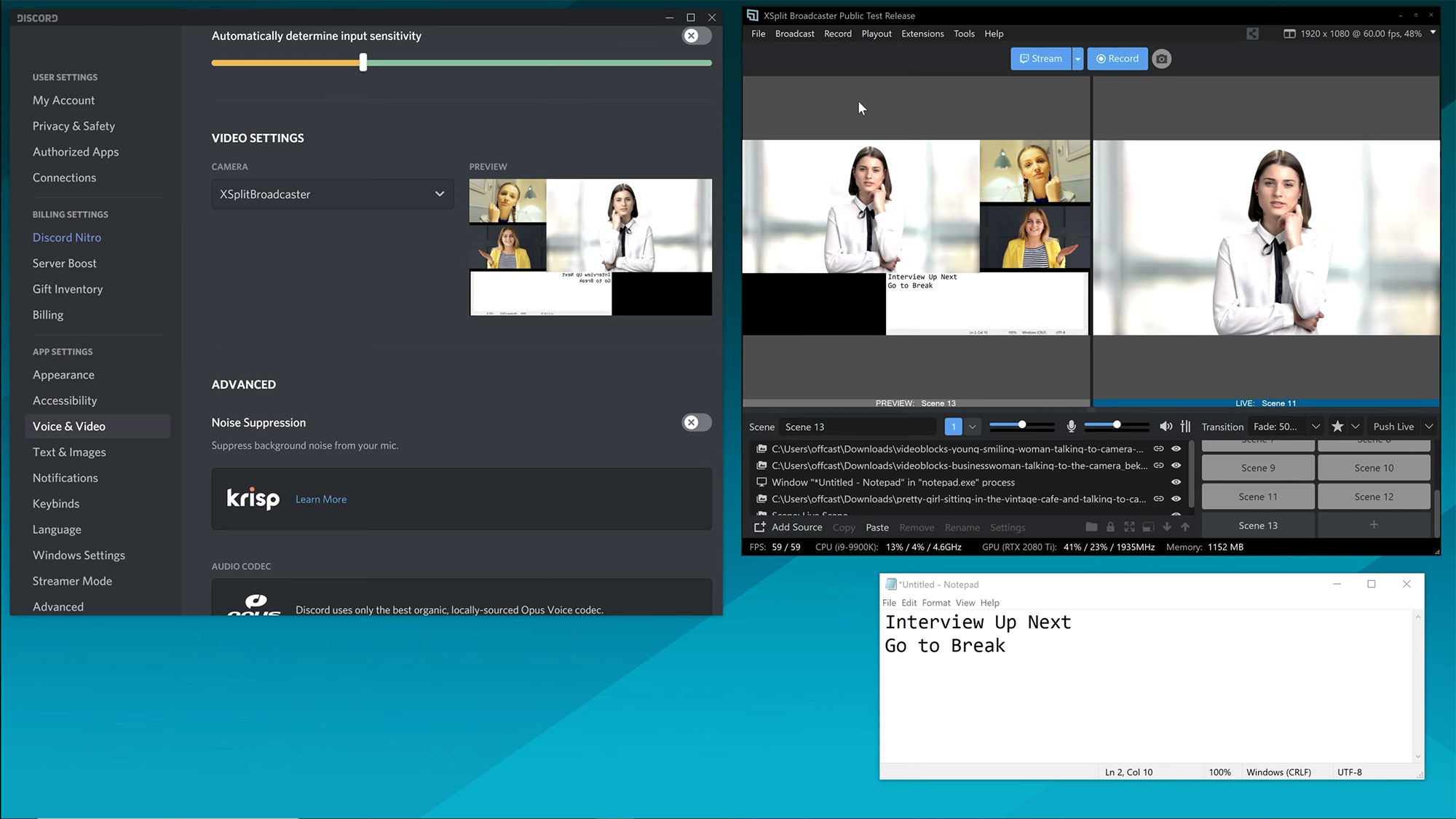 Support for all your favorite platforms is present, meaning you can start streaming to any of the top broadcast platforms with the company’s native plugins or use Custom RTMP to stream to any platform. You can stream and record multiple outputs at once as well as use our built-in Chat plugins as well as using browser source to add web pages designed for live streaming alerts.

The company says that “XSplit Broadcaster is more than just a screen recorder”, allowing users to manage everything from a single monitor with the In-Game HUD or use multiple displays with the app’s projector mode.  If you using OBS, then the OBS Importer included makes it easy to get started. XSplit Broadcaster also enables you to record your broadcast as it happens with powerful features such as multiple audio tracks. Add Queue points for easy editing during post production. With multiple recording profiles you can stream and record different scenes at the same time! Meaning you could record raw gameplay footage while you stream with your camera and overlays enabled!

The recent update refines and expands all that. Version 4.1 is more about enhancements of existing features, handy quality of life improvements, and tons of bug fixes, but there are also new features. Here’s a quick summary of all the goodies in this update.

XSplit Broadcast is compatible with Windows 7 SP1, Windows 8.1 and Windows 10 (64 bit). You can download and install the latest version – update 4.1 –  at xsplit.com/broadcaster, or go to Help >> Check for Updates from inside the XSplit Broadcaster app.

The team at Xsplit are already working on update 4.2. If you want to follow development, join the XSplit Broadcaster PTR or XSplit Broadcaster Public Test Release, which is a a great way to try out new and experimental features ahead of going out to the rest of the public. Please note that these features are experimental and are not representative of final release, users are advised to check the FAQ before downloading. Also remember that Remember, PTR builds are installed separately so it won’t affect your main XSplit installation.