NVIDIA has been playing with green screen effects and noise reduction for all those streaming from home, but now the company takes it a step further with the RTX 30 series and NVIDIA Broadcast. 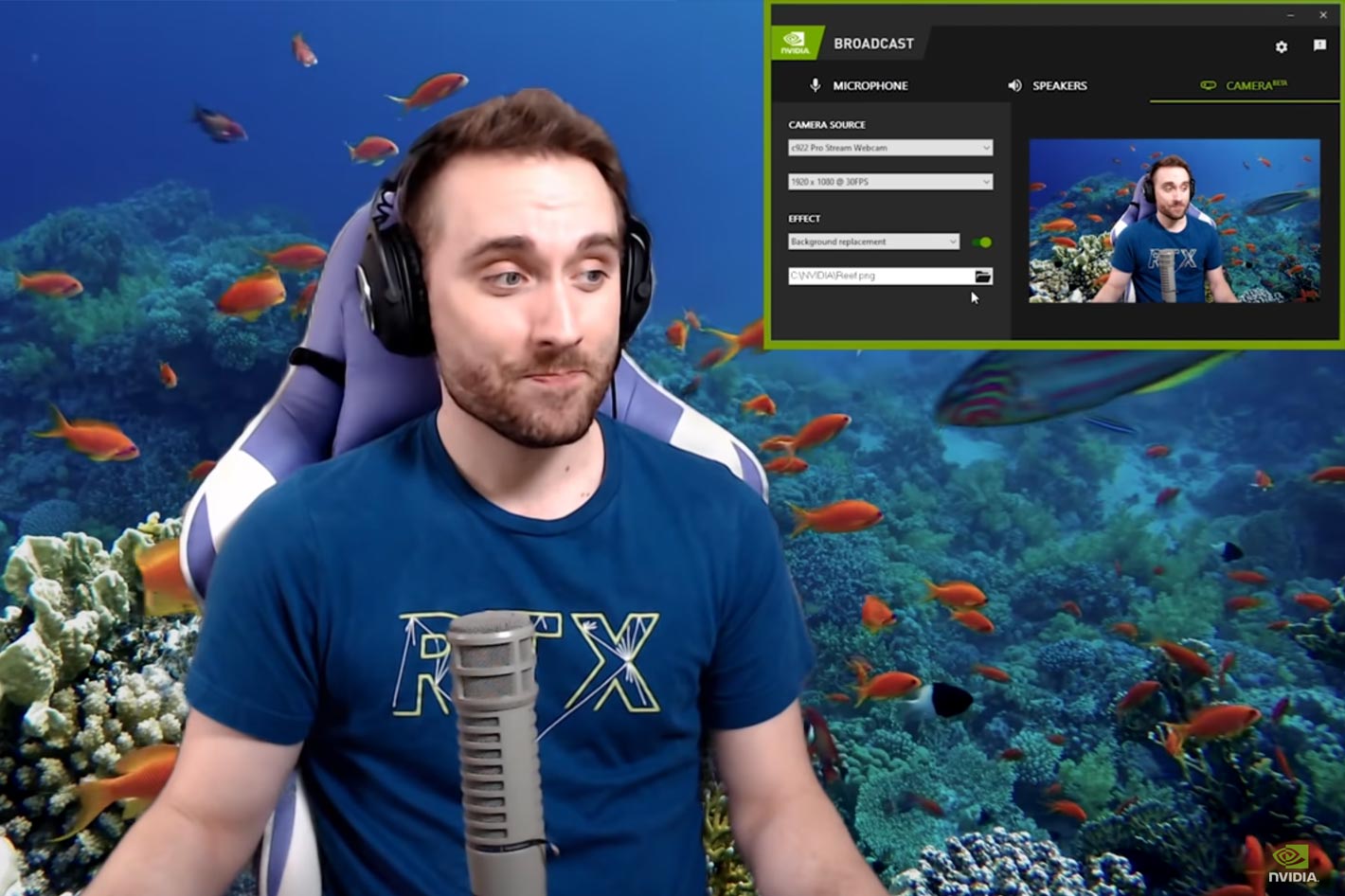 Starting September 17,  the world’s 20 million live streamers can turn their home into a broadcast studio with NVIDIA Broadcast. All they need to have is a GeForce RTX 30 Series GPU.

Unveiled during a virtual launch event by NVIDIA founder and CEO Jensen Huang, the GeForce RTX 30 Series GPUs, powered by the NVIDIA Ampere architecture, delivers the greatest-ever generational leap in GeForce history. Smashing performance records, the GeForce RTX 3090, 3080 and 3070 GPUs offer up to 2x the performance and 1.9x the power efficiency over the previous Turing-based generation. They also open new option in terms of broadcasting.

This is, one could say, the second generation of NVIDIA noise cancelling… graphics cards. In fact, as we wrote back in May, NVIDIA developed a plugin to leverage NVIDIA RTX GPUs and their AI capabilities to remove distracting background noise from your broadcasts, voice chats, and remote video conferencing meetings. RTX Voice was in beta and while not perfect it helped the company to move forward and use the feedback from users to help the developers train the AI network and help shape the future of streaming, by leaving comments and suggestions at the page dedicated to the RTX Broadcast Engine.

While RTX Voice is still available for the GTX Series of graphic cards, along with a virtual screen app, with the RTX 30 Series NVIDIA introduces NVIDIA Broadcast, a universal plugin that enhances the quality of microphones and webcams with RTX-accelerated AI effects, such as audio noise removal, virtual background effects and webcam auto frame. 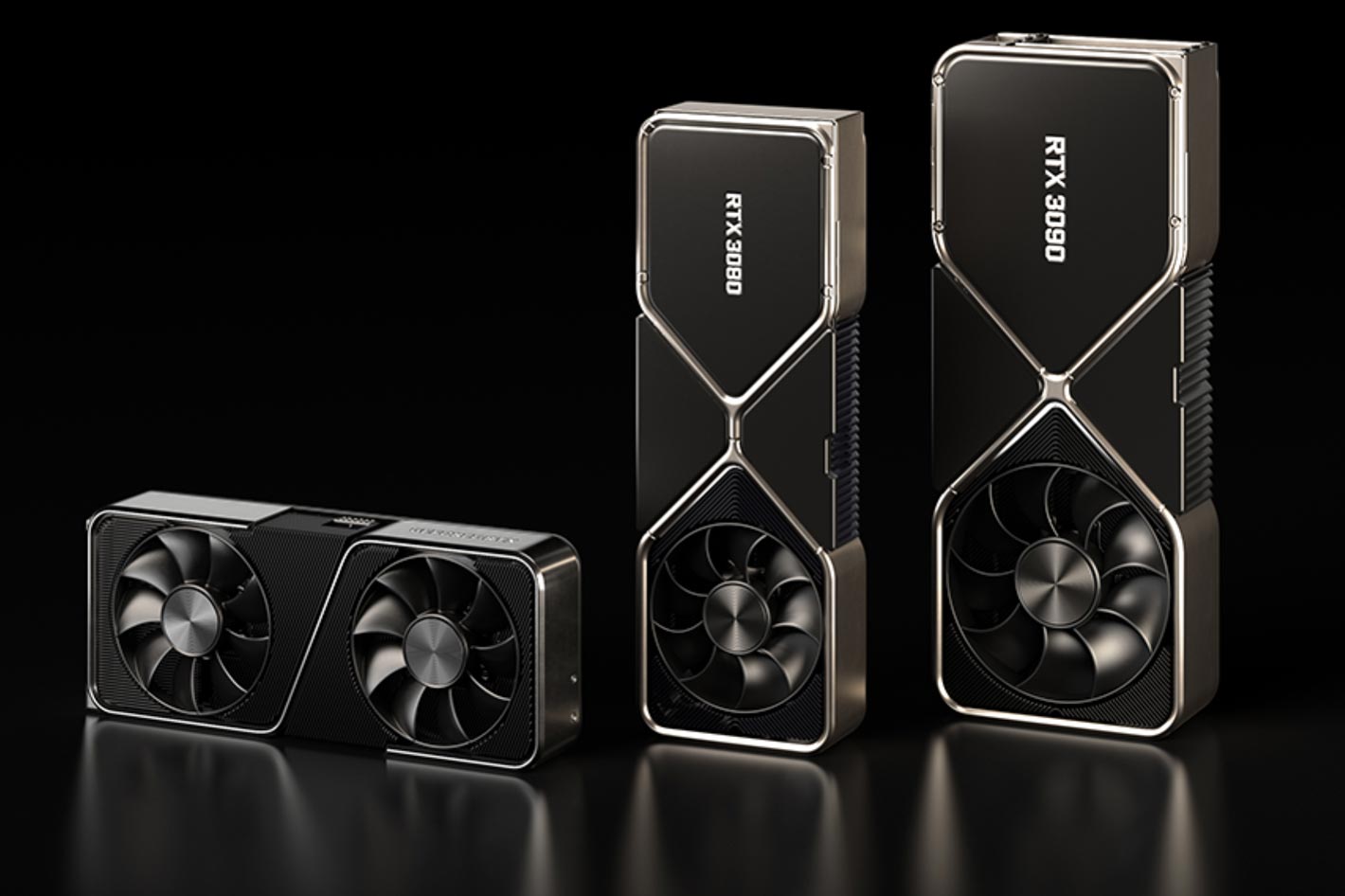 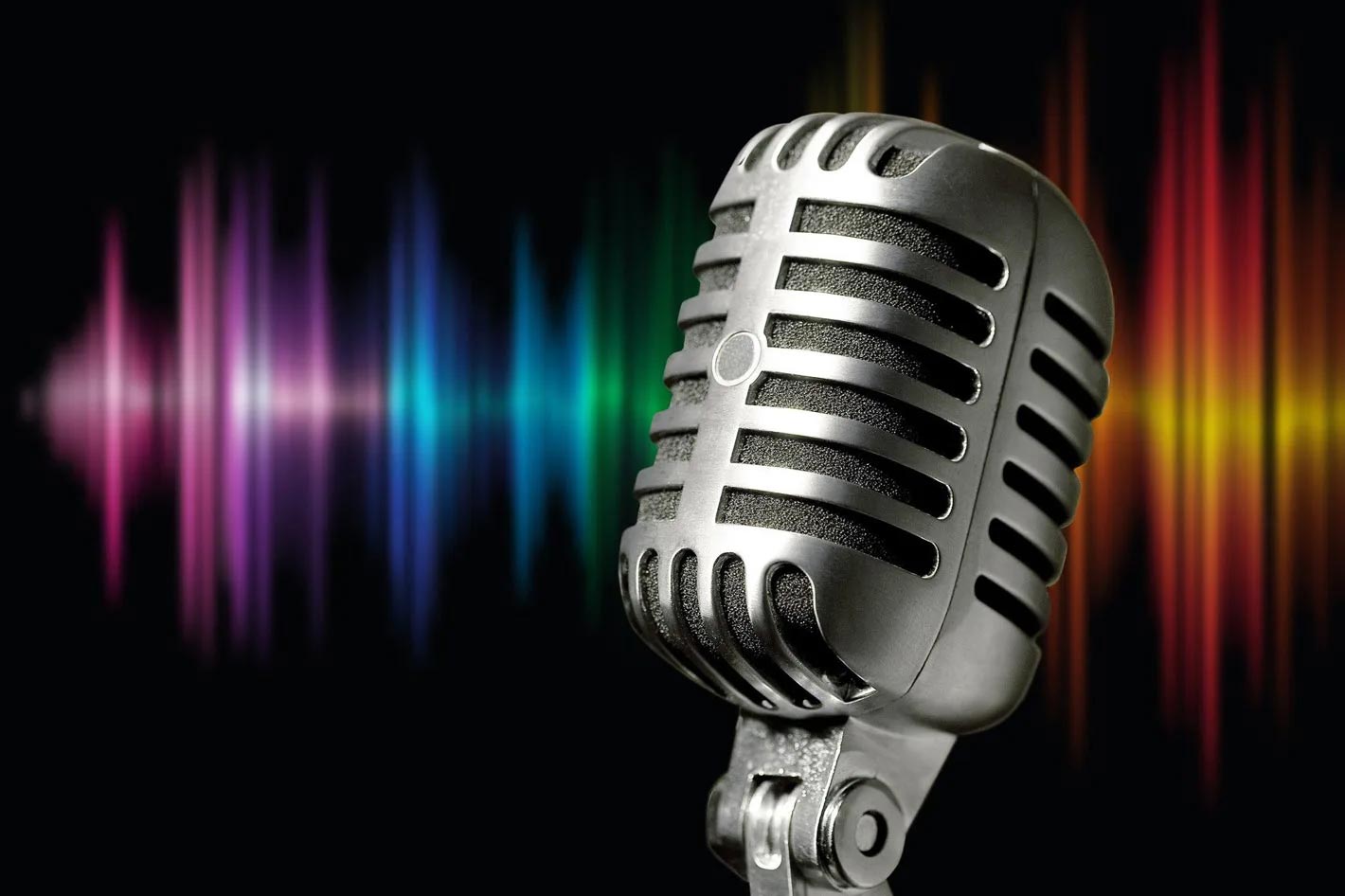 Turn any room into a home studio

While the graphics power of the cars is what will appeal to many  – along with the new prices! – the new AI-powered NVIDIA Broadcast app, which allows users to turn any room into a home studio is a welcome solution for those that for a variety of reasons need to work from home. The world of live streaming has expanded rapidly this year: Twitch has seen an 89% increase in the number of streamers, while viewership is up 56%. Many professionals also need to work from home and broadcast from their home office, living room or kitchen.

Gerardo Delgado, from NVIDIA, writes in a blog post that “with the GeForce RTX 20 Series, we introduced an updated NVIDIA Encoder (NVENC) that delivers best-in-class video quality, while offloading work from the CPU to boost framerates in games. We also worked closely with top streaming apps such as OBS, Discord, Streamlabs, Twitch Studio, and XSplit to improve broadcast performance.”

Still, he adds, “while these efforts have improved video encoding quality, this is only one piece of delivering a high-quality broadcast — audio quality, camera and room setup are also key to viewers’ enjoyment. Yet not everyone has the luxury of a dedicated home studio, or can afford expensive cameras, microphones and greenscreens to improve their production quality.” 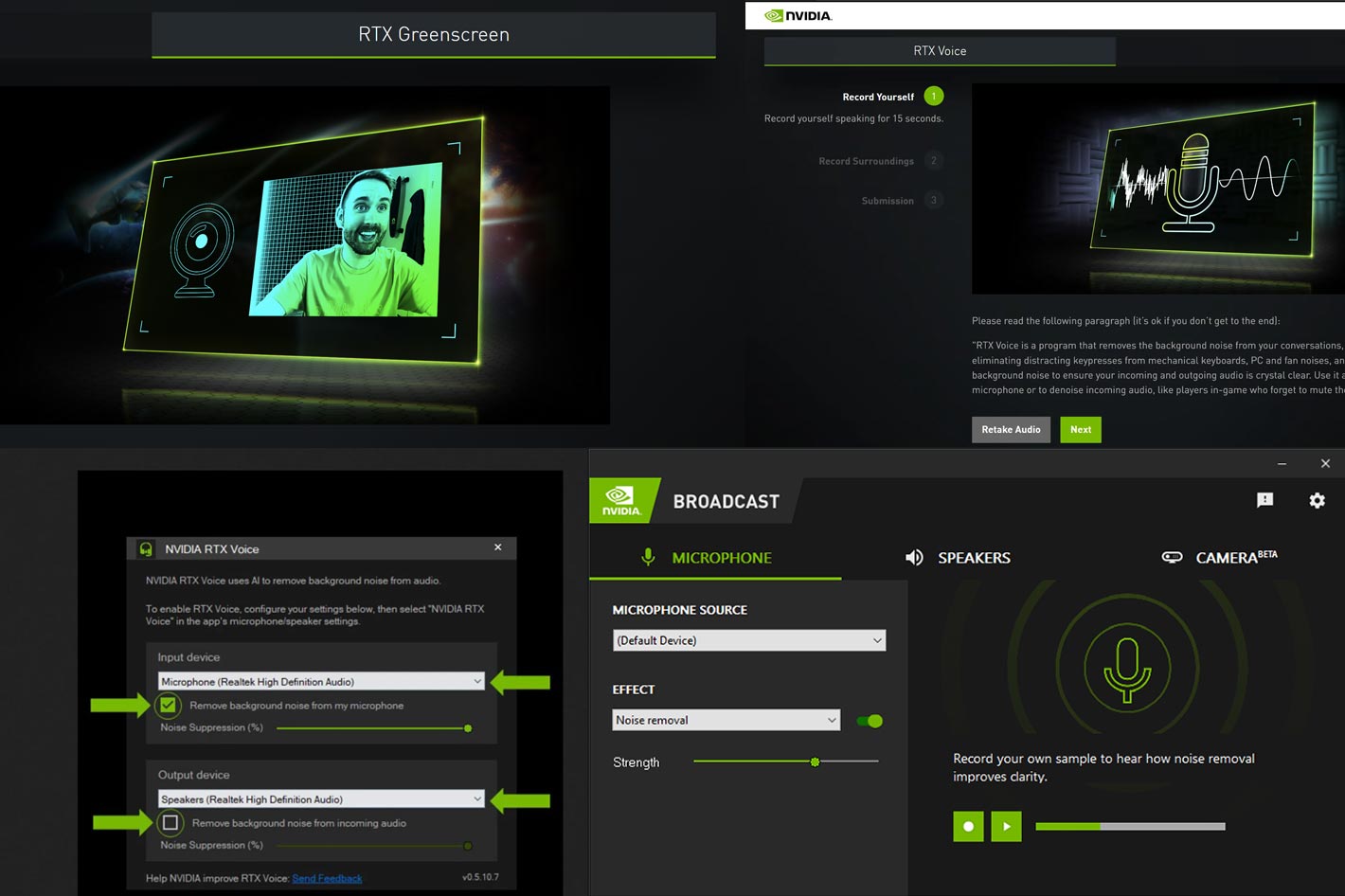 This is where the RTX 30 Series makes a difference: with the launch of GeForce RTX 30 Series GPUs, NVIDIA is helping live streamers up their game even further with the new NVIDIA Broadcast app. It upgrades any room into a home broadcast studio by transforming standard webcams and microphones into smart devices through the power of AI.

The features in NVIDIA Broadcast can be used in anything from game broadcasting to video conferencing with Zoom or any other situation where a sound and image connection to the world is needed. NVIDIA Broadcast is a universal plugin that works with most popular live streaming, voice chat and video conferencing apps. It’s supported on any NVIDIA GeForce RTX, TITAN RTX or Quadro RTX GPU, using their dedicated Tensor Core AI processors to help the app’s AI networks run in real-time, right alongside your other software.