Canon seems to be slowing down their production and there is no sign, yet, of a much wanted PowerShot G2X. 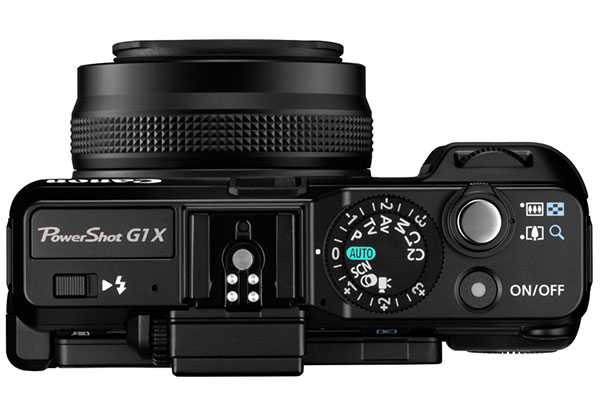 Canon G1X was announced in January 2012, so it's about time Canon shows a new model in the series. But will there be a G2X in the works? Or has Canon dropped the idea of a compact with a bigger sensor?


Although Canon has a professional meeting in Europe, on the 12th October 2013, with the invitation illustrated with a not identifiable EOS 1 body, there seems to be no new DSLR to announce this year, not even the EOS 7D Mark II so many seem to expect. Canon seems to be working at a slow pace, probably trying to understand the market, now they've a presence in mirroless and also have created the smallest DSLR in the world, the EOS 100D/Rebel SL1. Still, rumors about the announcement of a  G2X camera appear now and then, although no one is sure Canon will follow the path the G1X seemed to open. Presented as a professional compact camera, the G1X took the place of the Powershot G13 and G14 compact cameras that never showed up, as Canon moved the series from the G12 to the G15, and recently the G16, suggesting, at the time, the G1X meant the move into a new direction, that in fact did not happen until now.

In January 2012 everybody thought the G12, from September 2010, was the last PowerShot with a small sensor. Pressed by the Micro Four Thirds and mirrorless systems, Canon seemed to reply with the G1X, a nearly compact camera – well it had to be bigger – with a larger sensor. With 14.3MP, 4352x 3264 pixels (in 4:3 format, you can also choose 16:9, 3:2, 1:1 and 4:5) and 1.5″, this CMOS sensor was bigger than the Micro Four Thirds and four times the size of the Fujifilm X10 sensor. Also, the camera is bigger than any of the previous PowerShot G from Canon. It offers, one could say, DSLR quality in a body that you can easily take with you anywhere.

The G1X seemed to be the answer to the dreams of many PowerShot G users, a series used by many professionals as a support camera. The Canon PowerShot G1X is an interesting camera, because it has a large 14.3 megapixel CMOS sensor that is capable of producing high quality images with lots of detail. And its ISO noise performance is impressive with low noise right up to high ISO settings, something that you are not able to do with “traditional” compact cameras. Yes, it's not small like a compact camera, but sensor and lens size justify the options Canon took. A zoom lens 28–112 mm f/2.8–5.8 completed the package.

Although not a perfect camera (no camera is) the G1X is a camera for serious shooters. It is not as fast as some compacts, it has limitation in macro mode (does 20mm at the closest focus…), it's bulky, but is a reliable camera, and it is so different from all the rest that it stands on a class of its own. Canon took the popularity of the G series and used it to build a bigger body, with a big lens that makes the difference (even with its limitations) and with a sensor whose quality has no match. It’s the sensor, in fact, that is the true star of the G1X.  The conditions for the creation of a new model, the G2X, seemed to be open.
Then Canon announced the M system, their foray into the mirrorless market,  in July 2012, just six months later, and the G1X was left quiet. Canon launched the PowerShot G15 in September 2012, a compact with a small sensor again, and recently the PowerShot G16, again a small sensor, not able to compete with the G1X possibilities.

While some like the M system from Canon, the truth is that many still expect the launch of a PowerShot G camera that offers the quality of the G1X plus faster autofocus, closer focus and other of the technical aspects Canon users have grown used to. We're closing in on the two year mark since the G1X was announced, and rumours suggest Canon may have something up their sleeve. But rumours are contradictory, both suggesting a new G2X may be on the way or pointing to a reworked PowerShot G camera not different from a S110, with a 18MP APS-C size sensor and Digic 6 processor, without optical or even electronic viewfinder. What may be, in my opinion, a wrong move. I have yet to see a EVF that compares with the pristine clarity of one optical viewfinder… but for the “dark corridor” present on the PowerShot G series. Canon really has to do something special, that goes above the competition. Can they deliver?

“Wish lists” for a new G2X point to a camera with the G1X logic but offering a larger zoom, something like a  26-130mm f/2.7-5.6,  offering better macro performance, with an accurate optical viewfinder with shooting information displayed, AF following the recent Canon technical prowess. Strong competition from some brands, like the Nikon Coolpix A or Fujifilm X100S, to mention those more obvious and accessible to most people, means Canon will really have to come out with an outstanding PowerShot G2X for it to conquer the market.