Some terrible decisions were recently made at NewTek. Fortunately, they can be corrected via software updates, but only if management returns to their senses. 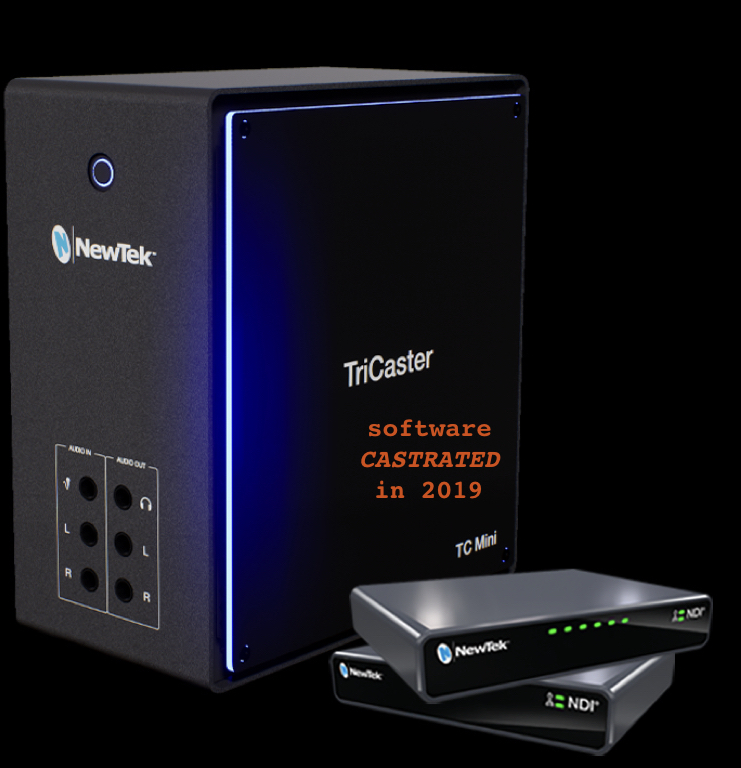 In November 2019, I applauded NewTek for streamlining the hardware in the new TriCaster Mini (2019), in an act similar to when Apple was the first computer manufacturer to dare to eliminate the floppy drive. Today, I am here to make a constructive criticism to the company’s unjustifiable castration of a few key elements in the TriCaster software, some of which have been applaudable NewTek innovations in the past few years, and one of which was the inspiration of an extremely successful white paper I authored for NewTek in 2013. These include the NewTek’s unique waveform monitor with foolproof graticule, proper support for “shy” 1080p cameras which only output 25PsF and ≈29.97PsF (progressive video disguised as 50i or ≈59.94i interlaced video) over HDMI instead of proper 25p and ≈29.97p, and those cameras who only output 23.976p as telecine, i.e. with a pulldown over ≈59.94i.

Scopes (including a waveform monitor and vectorscope)

A waveform monitor was originally described as a special type of oscilloscope used in television production applications. It is typically used to measure and display the level of a video signal with respect to time. From more of a practical perspective, it’s the way camera operators or directors can measure proper exposure and therefore properly match in each one in a multi-camera shoot. (Of course, Waveform monitors and vectorscopes have also been used to phase and time cameras in an analog studio, but that goes beyond the use I am covering in this article.)

Back in 2013, I criticized a technical error in the NewTek waveform monitor, and NewTek fortunately fixed it in a way that made it better than any other, and even foolproof.

(See the new, improved NewTek waveform monitor above, and my article about it here.) As a result, I authored an extremely successful white paper around it, which later NewTek’s Latin American division asked me to make available in Castilian. Five years later in 2019, someone at NewTek thinks that users of a US$8995 MSRP product won’t care about such a feature and decided to remove this gem, leaving it only in higher-end versions of TriCasters. Here are examples of several, much lower priced cameras and software (compared to an US$8995 TriCaster) which include at least a waveform monitor, to demonstrate how misguided that decision was.

Above, TLDR Filmmaker goes over the waveform monitor in the Panasonic GH5, GH5s and (just added via a free firmware update in November 2019) G9 cameras. 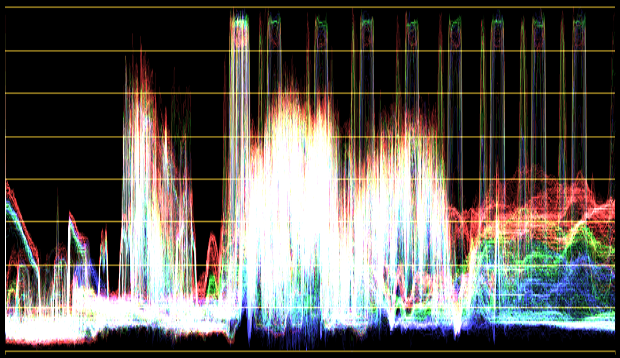 vMix (ironically, an NDI-compliant software) from Australia costs between US$60 and US$1200 (one-time purchase) depending upon the version and includes both a waveform monitor (shown above) and a vectorscope. Will vMix’s inclusion and NewTek’s exclusion now make some video producers prefer to built a video mixer (“switcher”) with the NDI-powered vMix in a computer instead of choosing to purchase a US$8995 TriCaster Mini (2019)?

Whether or not there is a waveform monitor in your camera, if you shoot multicam with a video mixer, you need it at that point to facilitate matching your cameras. 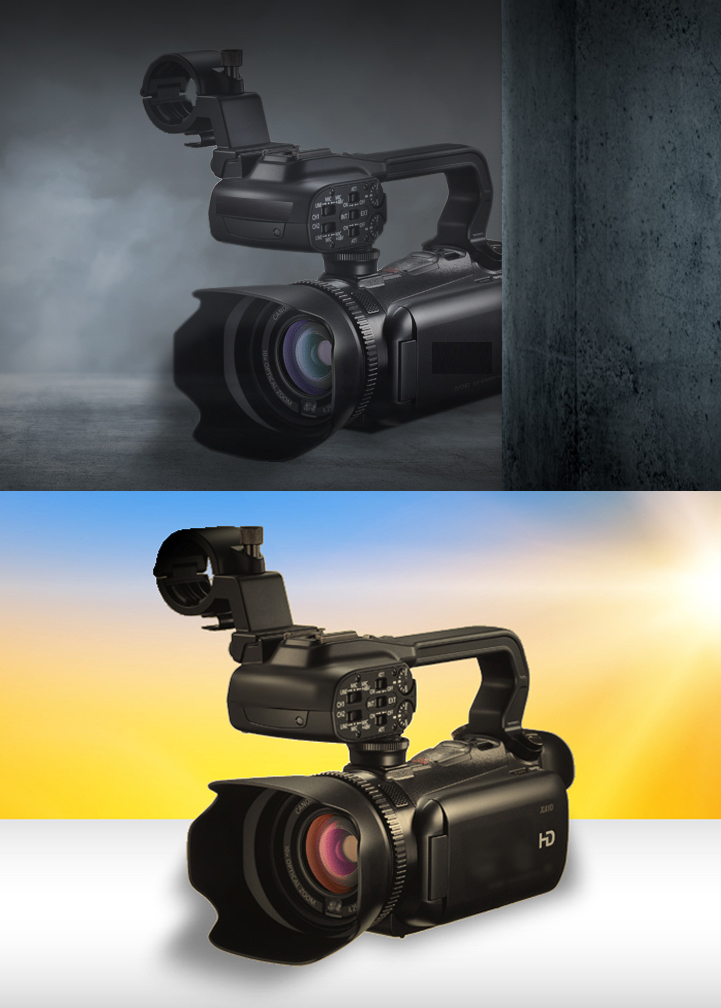 Starting in 2011, I began my PsF series here in ProVideo Coalition magazine, which included at least ten (10) installments. This covered a phenomenon I began to simplify as “shy 1080p cameras” starting with my 2017 article, Is your HD camera “shy” in 1080p mode?, which was actually illustrated by a graphic artist at NewTek, see above). By not compensating for this situation properly, picture quality is severely compromised by unjustifiable de-interlacing.

During that period from 2011 and 2012 where I published the first ten installments, several intelligent manufacturers and software developers began compensating for these “shy 1080p cameras” in their menus. They all did so, because they understood the importance of properly handling disguised progressive video, rather than forcing an unjustifiable and damaging interlacing process, and I began covering the workflow for each one in my articles. These included:

NewTek now says their justification is due to the TriCaster’s auto-detection of each source. I am sorry, but auto-detection does not work as desired when the camera source lies about the true nature of the video payload, and that is precisely what happens in the case of the multitude of “shy 1080p” cameras.

NewTek, please do the right thing by re-incorporating the scopes via a software update (or at least the wonderful NewTek waveform monitor) and proper settings for shy 1080p cameras, which in the NewTek menus of higher-end TriCasters are named PsF and Telecine. Shy 1080p cameras are still a thing in 2019, including popular cameras like the Sony PXW-X70 and Panasonic AG-DVX200, which are still current and “shy”. Budgets much lower than US$8995 demand these features in cameras and live video mixing and editing software, as demonstrated in the examples listed, which go from free to ≈US$15 and up. Thank you.

If you are planning to purchase a TriCaster Mini, demand these castrated key features be reinstated via a software update. Get it in writing from NewTek and from your authorized dealer as a condition of the purchase, with a reasonable estimated date. Let your camera be all that it can be! Don’t let it be jeopardized by a bureaucratic slip at the leading video mixer device manufacturer, especially one that already knows very well how to solve both issues.