Vintage Sigma lenses are from Mars, Canon EOS RPs are from Venus. Or something.

(First, there’s nothing very useful in this post, it’s just for fun. If you’re looking for news you can use, go read Brian Hallett, and learn some Latin while you’re at it.)

Man cannot live by zooms alone, so the other day I pulled out my old EF-mount Sigma 50mm f/1.4 DG HSM prime and threw it on a new Canon EOS RP, via Canon’s EF / EOS R mount adapter.

I switched the camera on, and great googly-moogly:

At first I thought this was some sort of weird enhanced electronic viewfinder pseudo-microprism gimcrackery, because those rings didn’t appear on playback. But that was because my initial shots were at f/2.8; once I opened the iris a bit more, rings appeared — the RP’s photo-mode live view is captured wide open. Enabling depth-of-field preview, or putting the camera in video mode, gave me images that matched the live view, f/stop for f/stop.

TL;DR: I had the RP’s Lens Peripheral Illumination correction enabled. That setting compensates for radial illumination falloff, using metadata for the attached lens. If I switched that correction off, the camera captured perfectly normal pictures, regardless of f/stop.

I should note here that my 50mm isn’t the modern 50mm DG HSM prime; I bought it over a decade ago, back when the Canon 5D Mark II was the hot ticket. (A mere decade, and I have a vintage lens — they grow up so fast!)

Here’s the catch: When I plop this lens onto a Canon 80D DSLR, the camera rightly says, “Cannot correct – no data”. The EOS RP, however, says, “Correction data available”, and it proceeds to add special effects to images shot wider than f/4.0. In the RP’s defense, it doesn’t say what kind of correction data is available: 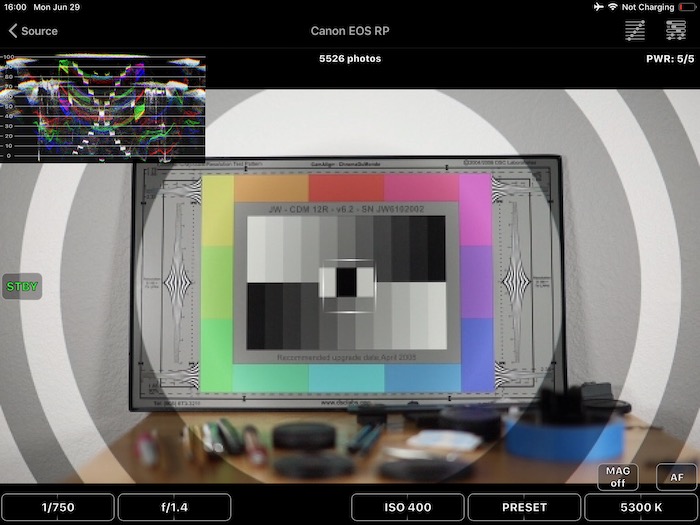 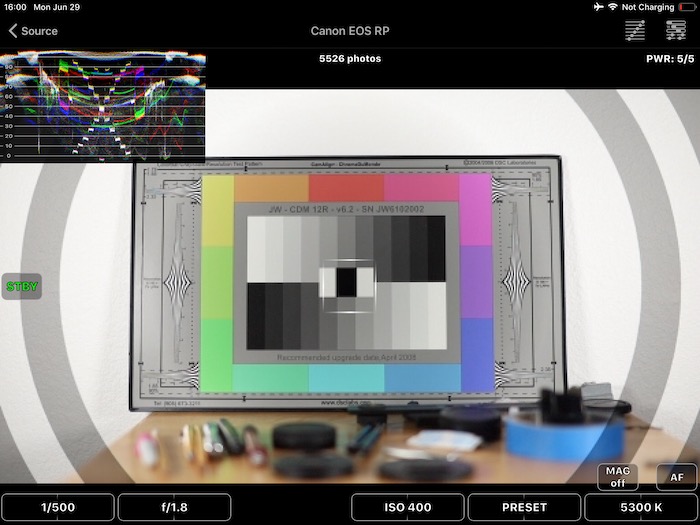 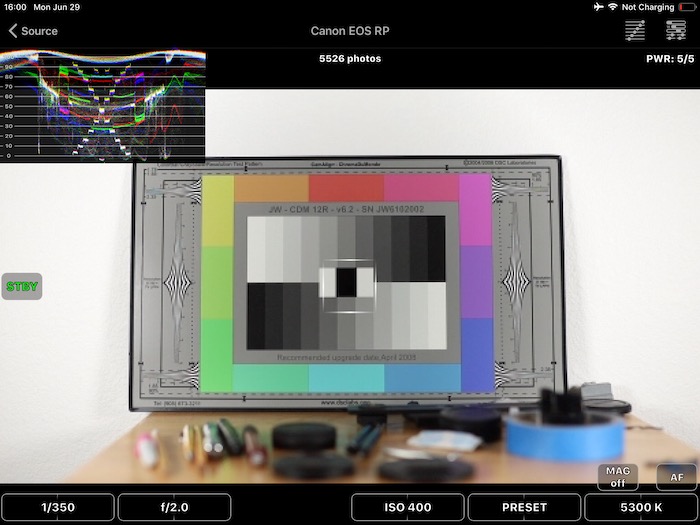 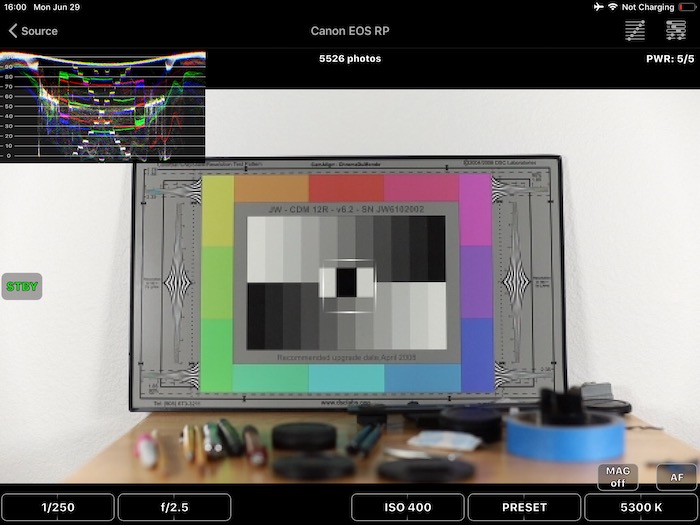 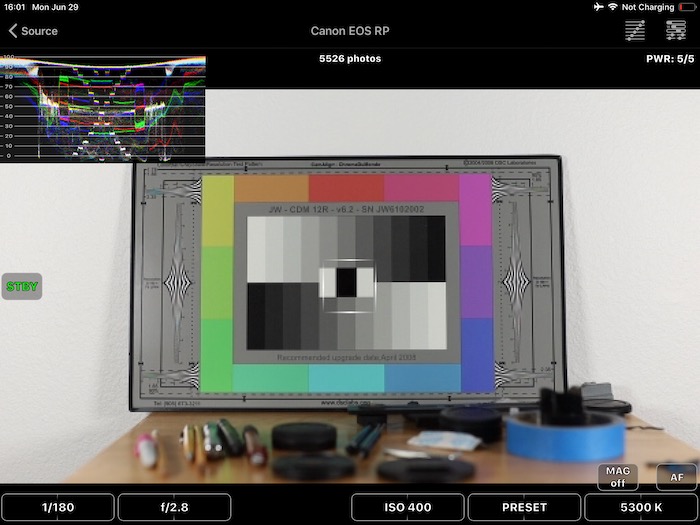 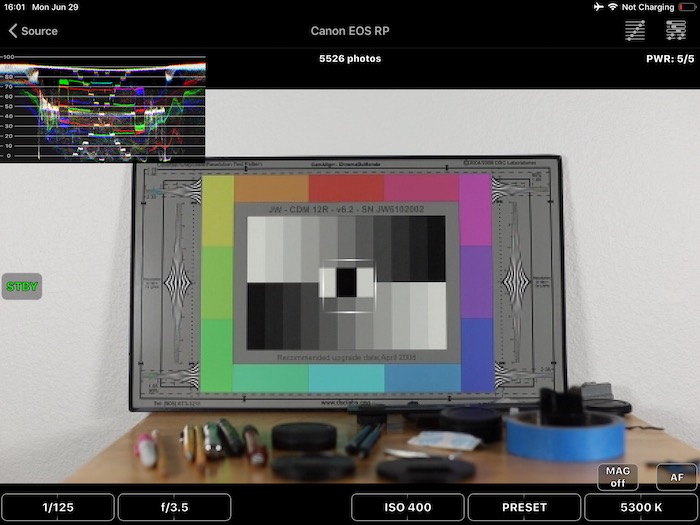 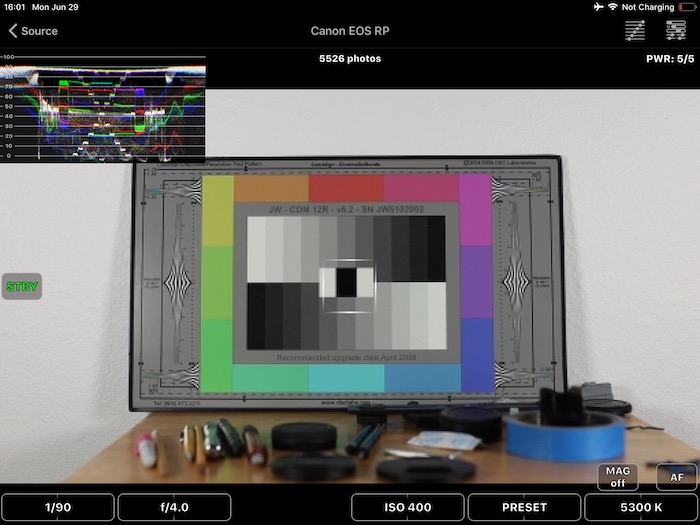 And now with correction disabled: 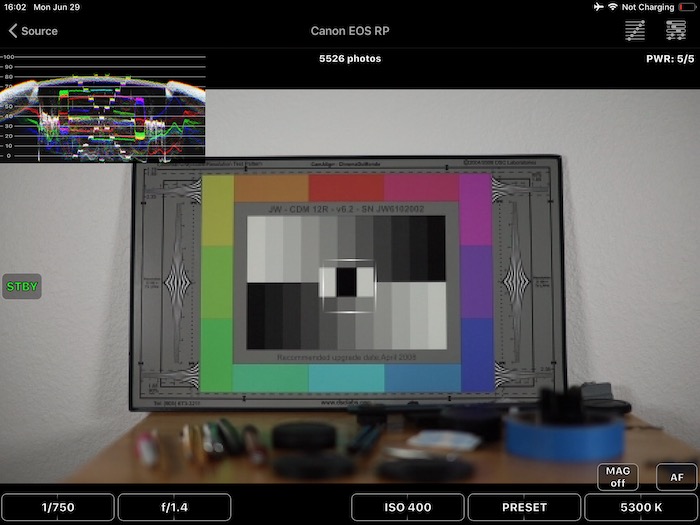 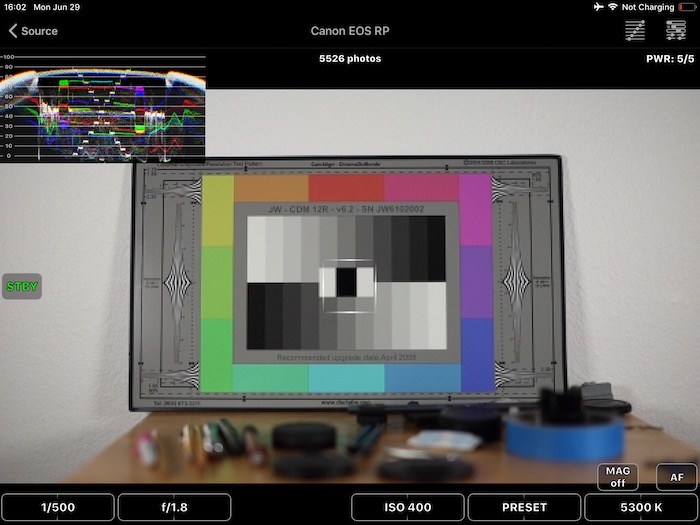 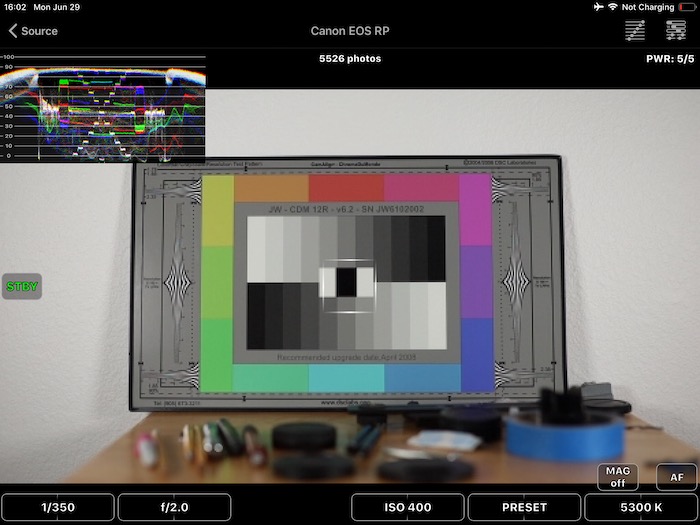 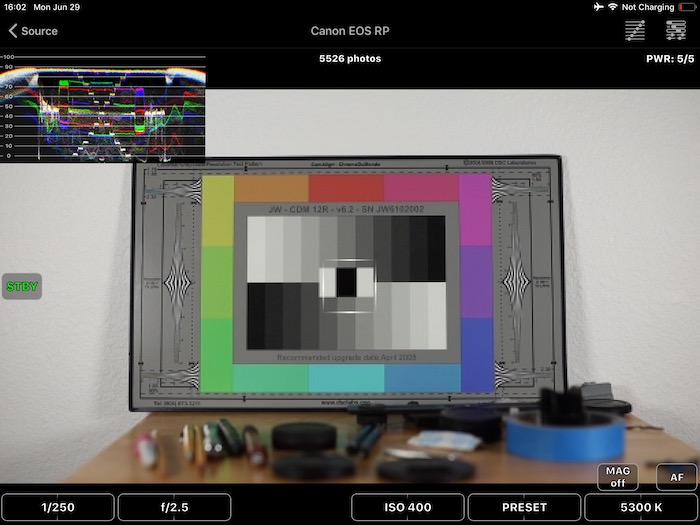 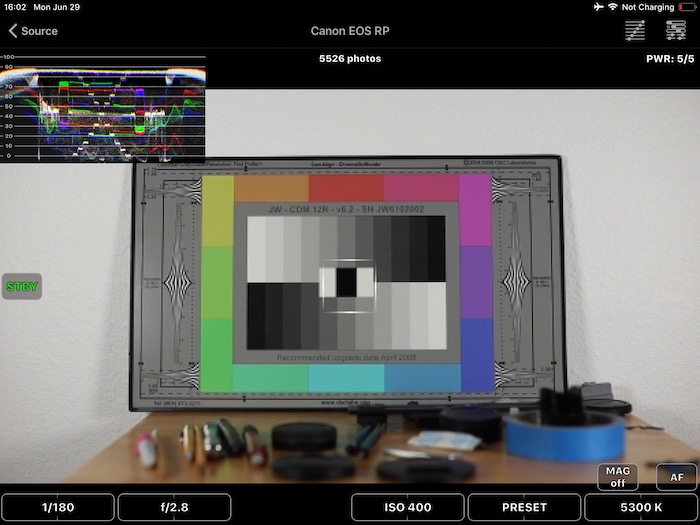 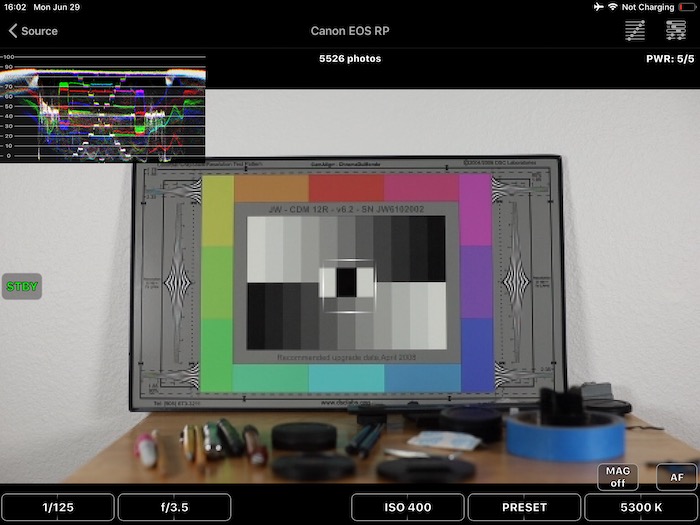 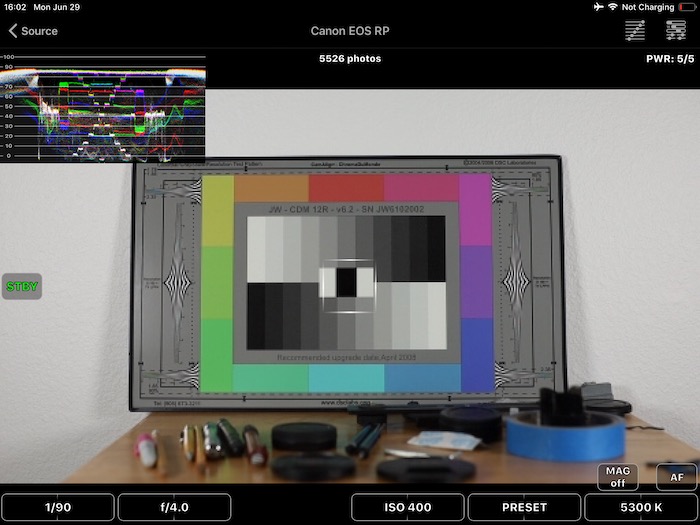 So the question is… do you feel lucky? Well, if you’re in the market for a bullseye-ish, target-y sort of look, this lens/camera combo, WFO*, is exactly what you’re looking for: computational photography at its finest, and all done in-camera with no budget needed for post. Or, stopping down from f/2.0 to f/4.0, you get a vaguely disquieting inverse-vignette that subtly pulls the viewer’s interest away from the center of the image, without requiring any pesky time in grading.

For the rest of us, just turn that correction off, and you’ll have a perfectly fine wide-aperture prime that behaves pretty much like you’d expect, no drama and no surprises.

(For the record: I’m not the least bit upset by this combination of an older EF lens and a newer RF camera, I’m just amused. It’s interesting to see what happens as more of how cameras and lenses interact is mediated through metadata and software and not simply through optics and mechanics. But if you’re reading this as one of those this-is-an-outrage-why-don’t-they-fix-this posts, well, it’s not. Sorry!)