Adobe MAX is here so that must mean another update to Adobe Premiere Pro. I know what you’re thinking… didn’t Adobe just have a big update? Yes, they did, the September release. With that release, we got Scene Edit Detection and some new beta stuff. This MAX release gives us more beta stuff and some early access. I guess technically this isn’t a new release of the shipping version then and more of a look at features down the road.

But let me ask this … can an NLE software maker pump out releases and updates too often? Normally I’d say no but keeping up with new versions and what is beta and what is early access is starting to get a little ridiculous.

But if you work with talky-heads in Premiere then these new features will be of great interest.

The first part of this beta puzzle is the addition of Captions via the new Text panel in the public Beta. Premiere has had a Caption panel for a long time and that included the ability to create and manipulate captions along with it. But it was a bit of a pain so this new captions workflow should simplify that. 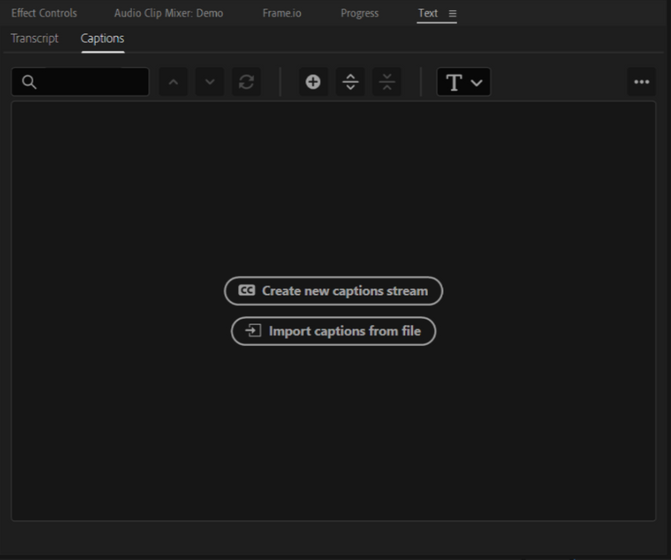 Instead of captions being part of a captions clip there appears to be a new dedicated captions track that will run at the top of the timeline. This is playing a bit of catchup to Final Cut Pro X and Resolve but that’s okay as the workflow needed … work.

You shouldn’t think of this as only closed captioning as these new captions can be manipulated with the Essential Graphics panel so they can be used as open captions, subtitles, or just a ton of realtime titles I suppose as well! Time will tell if the output of closed caption files in broadcast workflows will work better than it has in the past. I’m sure we’d all love to put the nail in the coffin of MacCaption if we could.

Perhaps the biggest thing about this announcement is that the new Text panel has a Transcript tab that will create transcripts from your timeline. This will be a big timesaver and quite a handy tool if you need to create captions and subtitles of your edit. This isn’t in the beta but rather billed as “early access.”

An analysis of the press images looks like this Adobe Sensei powered feature is pretty well thought out as far as working with sequences go.

I love that you can designate either a specific audio track for transcription or all the audio you’ve tagged as Dialog from the Essential Sound panel. Have it go to work and the new feature will return a transcript that is timed to your edit sequence. It looks as if you’ll be able to navigate the timeline from the Transcript panel. At least I hope it works that way. You will be able to correct and edit the transcription text as well.

Since this new transcription is sequence-based I was wondering how this transcription data would flow with the edit so I asked Adobe if how it works and if you shuffle clips around in the timeline will the transcription follow. This was the reply:

Not automatically, but you can achieve this with editing in the timeline. Captions items on the timeline can be selected and moved along with A/V clips and the transcript will update. We are not transcribing each individual clip but rather the sequence as a whole.  Changing the contents of the sequence like rearranging or trimming clips after transcription will result in the transcript and sequence getting out of sync with each other unless you move them all around in unison in the sequence.  Adding captions should usually be considered a finishing step that happens once the edit is locked.

The new caption track is where this transcription data will live. Since those looks like clips in the caption track, it would make sense you have to keep them in sync with the audio they were transcribed from.

How much will transcriptions cost? Will it cost at all? Adobe isn’t saying but I highly doubt transcriptions will be a free, all-you-can-eat option. Maybe we’ll get a bit of free transcription time each month.

First thing I wondered when I saw this new feature is how it might affect Digital Anarchy’s Transcriptive. I think it has more to lose than something like Trint, Simon Says other cloud transcription services that have a Premiere panel. Transcriptive is deeply integrated with Premiere via its own panel and does a lot of the same stuff. I think Transcriptive will still have a big advantage with its Clip Mode since that works with master clips but this new Transcript workflow being built into PPro has to hurt. Transcriptive feels like it will be for the creative storytelling part of the edit and the Transcript panel for the finishing. Maybe. 🤷‍♂️

While the new Text panel is the big news there are some workflow and performance improvements worth mentioning. Here’s the bullet list:

Oh … when will Premiere get Pan and Zoom from Rush???

Here’s one worth noting … Premiere Rush has a tool that Premiere Pro does not: Pan and Zoom. 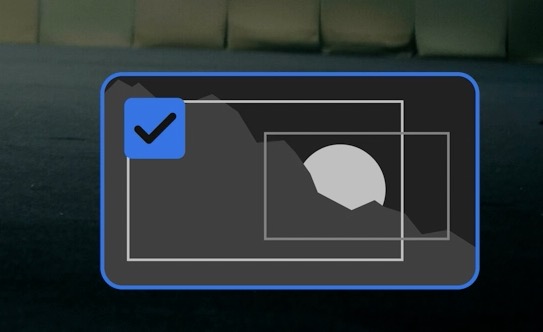 A new filter in Rush adds an automated pan and zoom option. Why can’t we have this in Premiere? There are many times when a simple push in or push out is all we need. An automated way to add this would be so much faster than keyframing motion. Come on Adobe! Both Resolve and Final Cut Pro X have this built it!

And speaking of this Pan and Zoom in Rush, let’s vote for it in Premiere Pro as well!

It could be great for simple pan and zooms. Please vote it up!https://t.co/wQyGW3v40D

The bullet points for Rush:

After Effects gets some love including Rotobrush 2

The Rotobrush is getting an update. Looks quite cool.

And the bullet points look like some other good stuff that will make 3D work in After Effects easier: 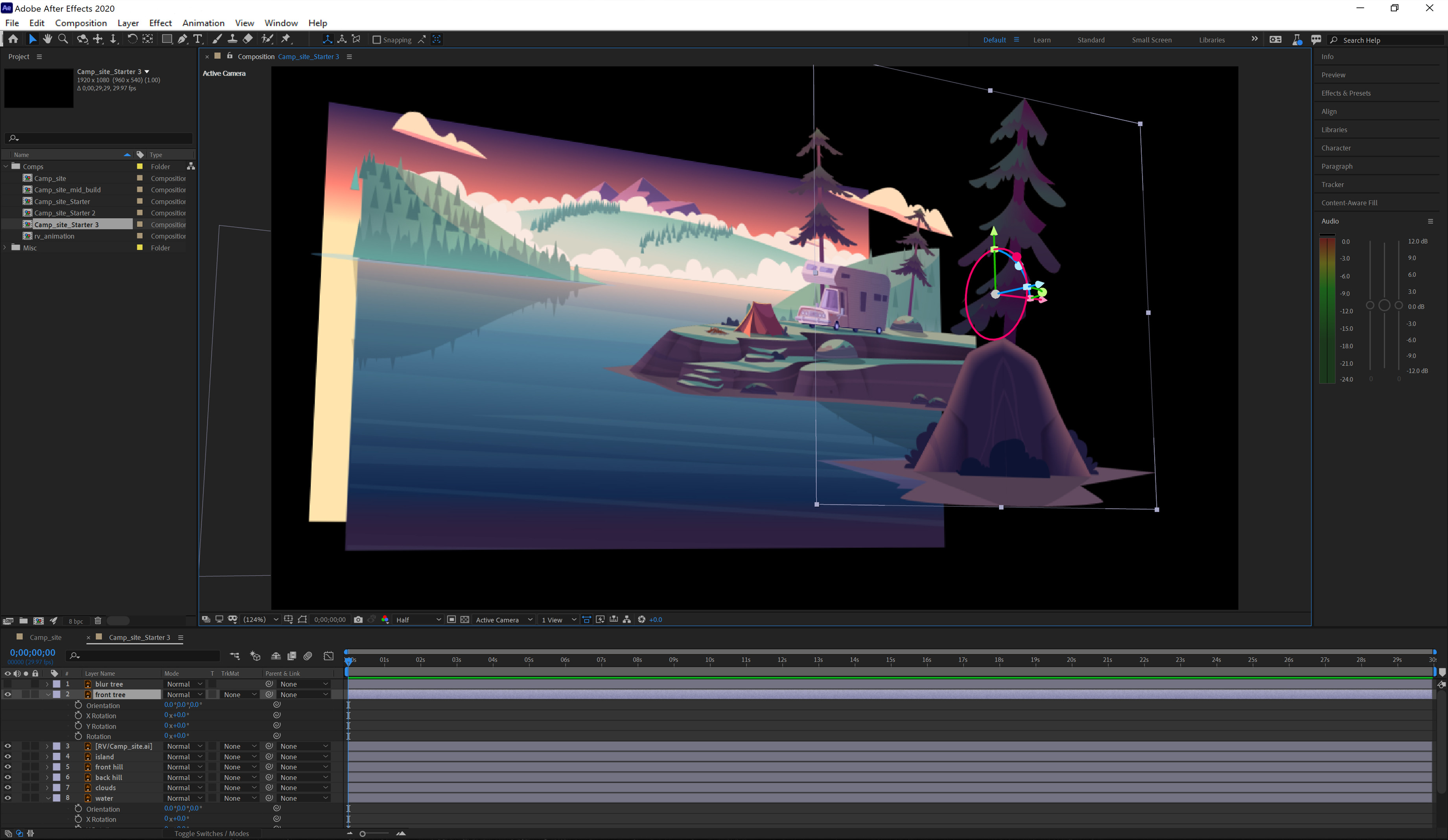 Adobe is really going all-in on this new public beta option for all its video tools. But no mention of Audition.
Keep your eyes toward Adobe MAX for all the keynotes, sneak peeks, and education opportunities. If you haven’t registered then there might still be time.
Support ProVideo Coalition
Shop with