At its July meeting, SMPTE Hollywood will host a panel of experts for a discussion on the critical importance of standards in the motion picture and television industry. 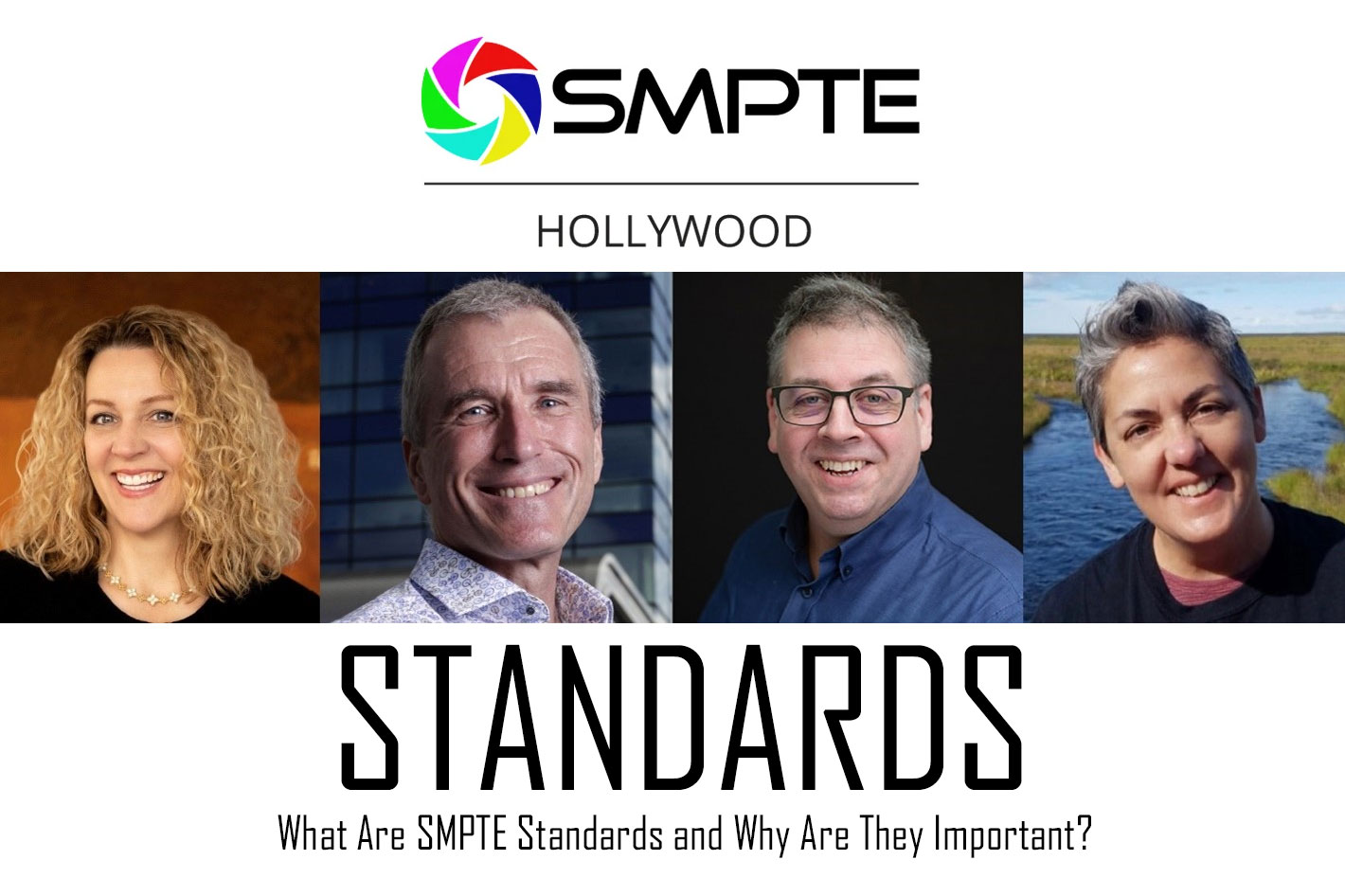 SMPTE Hollywood meetings are free and open to all, even non-members , and the next is something that should not be missed: it is all about standards.

A standard is, according to any dictionary, something established by authority, custom, or general consent as a model or example, or something set up and established by authority as a rule for the measure of quantity, weight, extent, value, or quality. The word has other meanings, but those are related to the subject that a panel of experts will discuss during the next SMPTE Hollywood event.

So, this July SMPTE Hollywood creates the conditions for a discussion on the critical importance of standards in the motion picture and television industry. Providing the technical framework upon which the industry depends, standards are central to SMPTE’s mission—and yet people are often unsure of what the term means.

In a lively Zoom session scheduled for July 22nd at noon Pacific Time, three leading technology experts will discuss the history of standards, SMPTE’s critical role in the development of new standards, and how intellectual property rights and patents apply to standards. For those interested in the technical basis underlying virtually every aspect of entertainment content, the panel “What Are SMPTE Standards and Why Are They Important?” is an event that is not to be missed. 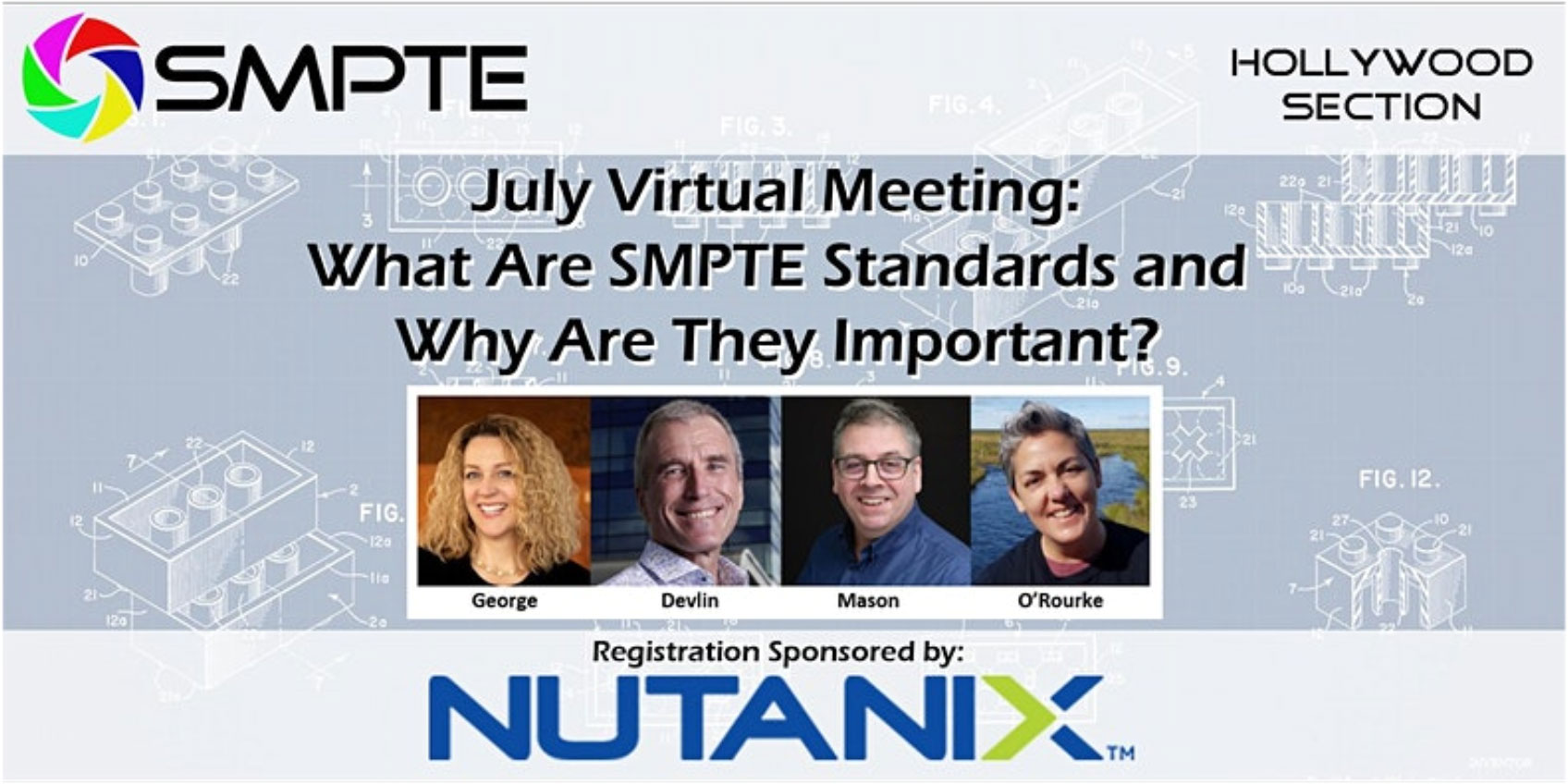 JiNan Glasgow George is globally-recognized expert in intellectual property and patent strategy. She has spoken about IP at the UN Economic Commission for Europe and been a featured speaker at IP conferences in India, Italy, France, South Africa, Mexico, United Arab Emirates, Ghana and across the U.S. Through her law practice, NEO IP, George helps clients create patent assets, increase valuations and position themselves for exit. She developed Patent Forecast®, an AI-based software leveraging patent data to identify trends and provide competitive advantage for companies and entrepreneurs.  She is registered to practice law in North Carolina and with the US Patent and Trademark Office. She is a contributor for Forbes and has degrees in engineering, law, and theology from NC State, UNC Chapel Hill, and Duke University, respectively.

Bruce Devlin is SMPTE Standards Vice President and founder of Mr MXF. He has also enjoyed C-level positions at other media companies. He wrote the book on MXF and is a recognized world expert in media files and formats. His free video series, Bruce’s Shorts, is designed to help professionals improve their skills in file-based technology.

Thomas Bause Mason is SMPTE’s Director of Standards Development. He is responsible for maintaining the technical infrastructure for both the standards community and SMPTE HO. Formerly owner of Open Media Consulting, Bause Mason began his career in Cologne, Germany, as a computer programmer for automation software in the nuclear and automobile industries.  He also worked at West German Television (WDR) and Cologne Broadcasting Center. In Los Angeles, he became a post-production consultant and built and managed the encoding operations for Ascent Media. Joining NBCUniversal in 2005, he focused on emerging technology, spending two years in London to support the company’s international business. Throughout his career, Bause Mason has assisted industry organizations in the development of standards, technical recommendations and study group reports. He holds several patents and is a SMPTE Fellow.

The moderator is Maureen O’Rourke, Technical Quality Control Lead Operator for the Walt Disney Company and Disney Digital Studio. Before joining Disney in 2010, she served in senior quality control roles with Vision QC, BluFocus, the Post Group and THX.

What: What Are SMPTE Standards and Why Are They Important? 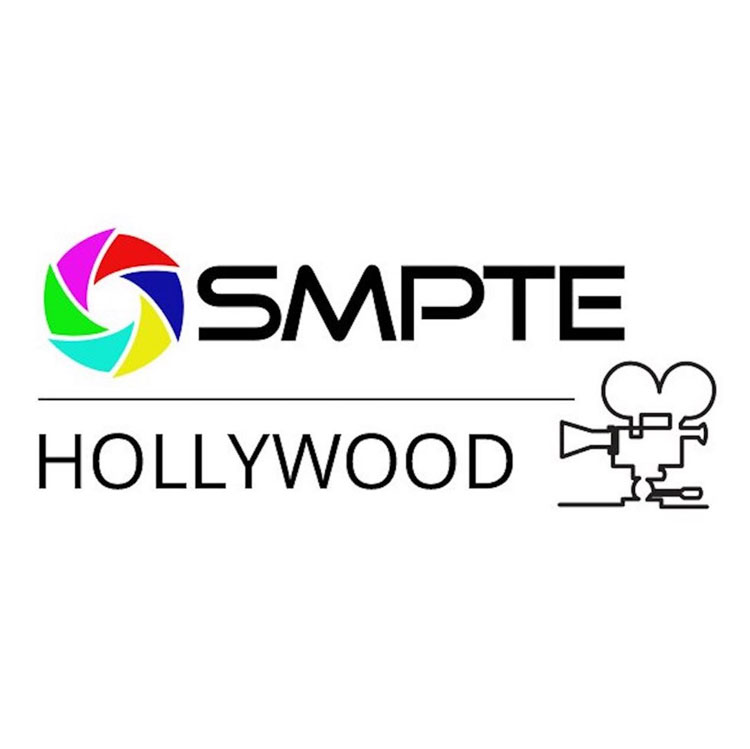 More about the SMPTE Hollywood Section

The Hollywood Section of SMPTE was initially organized as the West Coast Section in 1928. Today, as its own SMPTE Region, it encompasses more than 1,200 SMPTE Members with a common interest in motion-imaging technology in the Greater Los Angeles area. The Hollywood Section offers free meetings monthly that are open to SMPTE Members and non-members alike. Information about meetings is posted on the Section website.

SMPTE is the global society of media professionals, technologists, and engineers working in the digital entertainment industry. The Society fosters a diverse and engaged membership from both the technology and creative communities, delivering vast educational offerings, technical conferences and exhibitions, the SMPTE Motion Imaging Journal, and access to a rich network of colleagues essential to their career success. As an internationally recognized standards organization, SMPTE also provides a vital technical framework of engineering standards and guidelines that allow the seamless creation, management, and delivery of media for art, entertainment, and education worldwide. 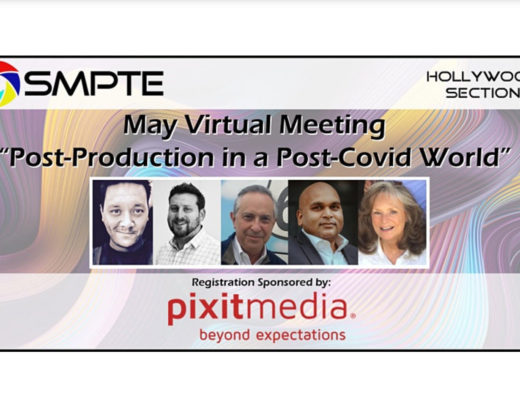