From cameras to engineering equipment

Blackmagic Design equipment ranging from the URSA Mini Pro 4.6K digital film cameras and ATEM 4 M/E Broadcast Studio 4K were used as part of a live production workflow by The LED Shed on the UK and Ireland legs of Westlife’s The Twenty Tour. 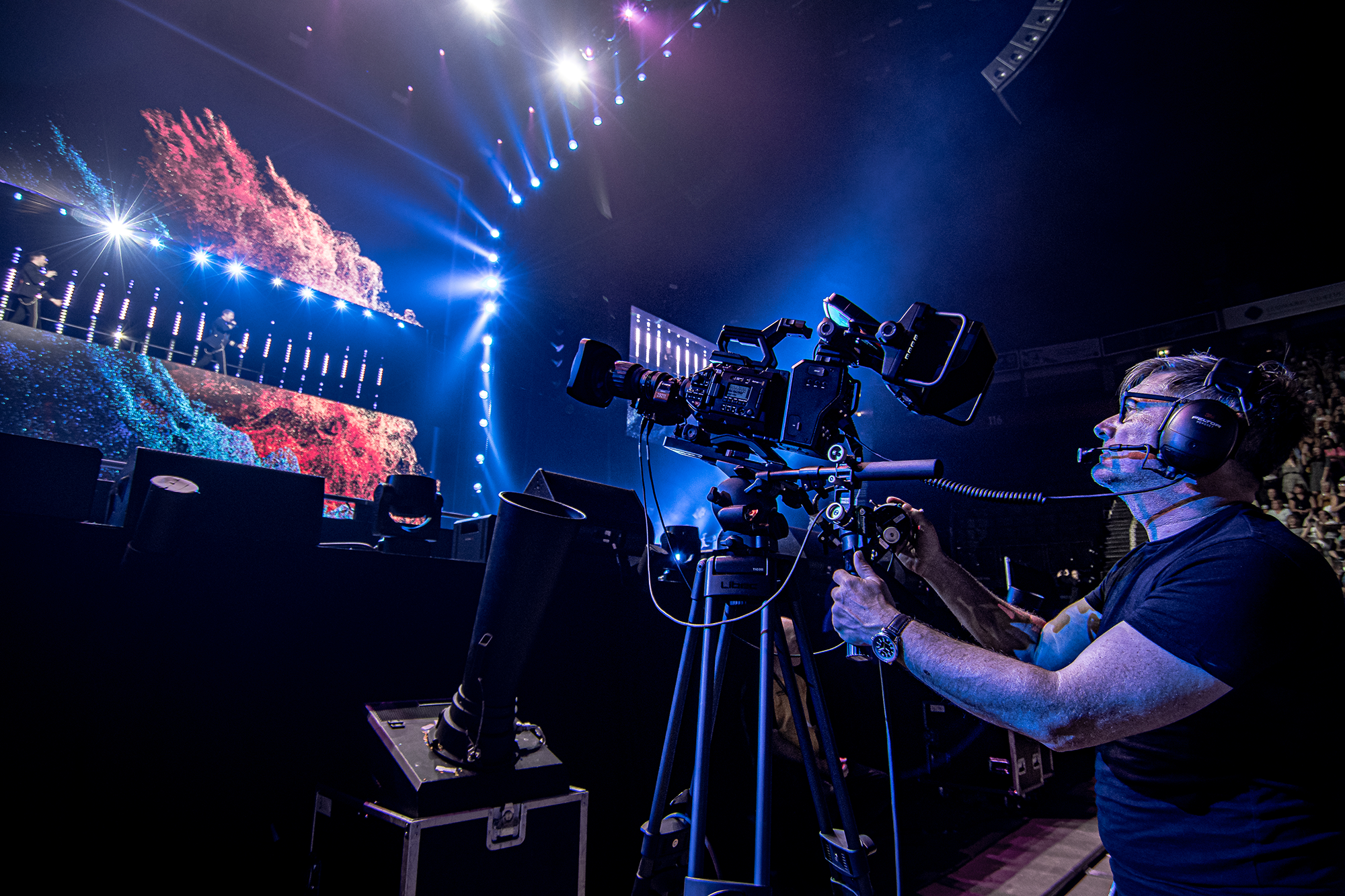 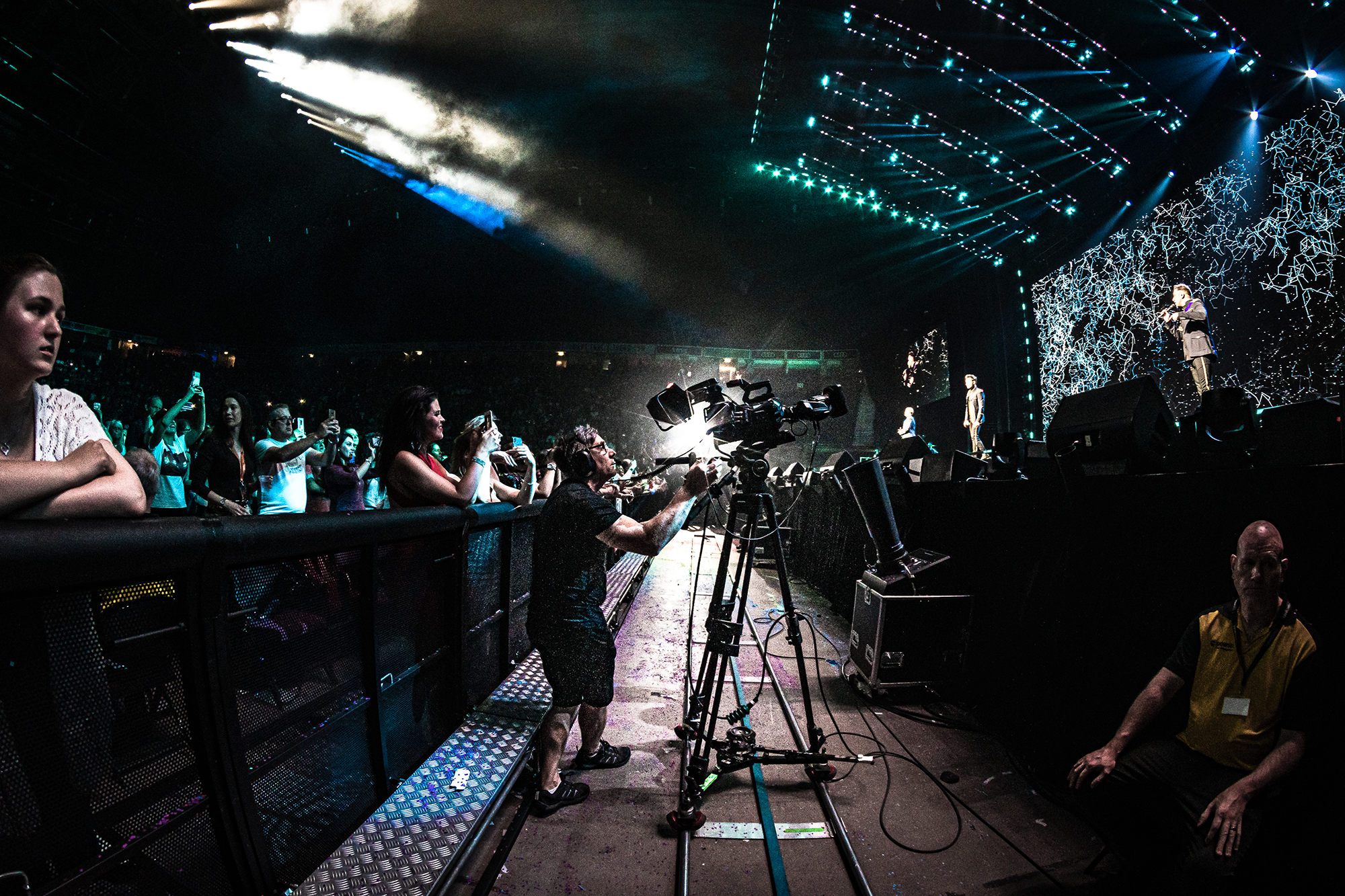 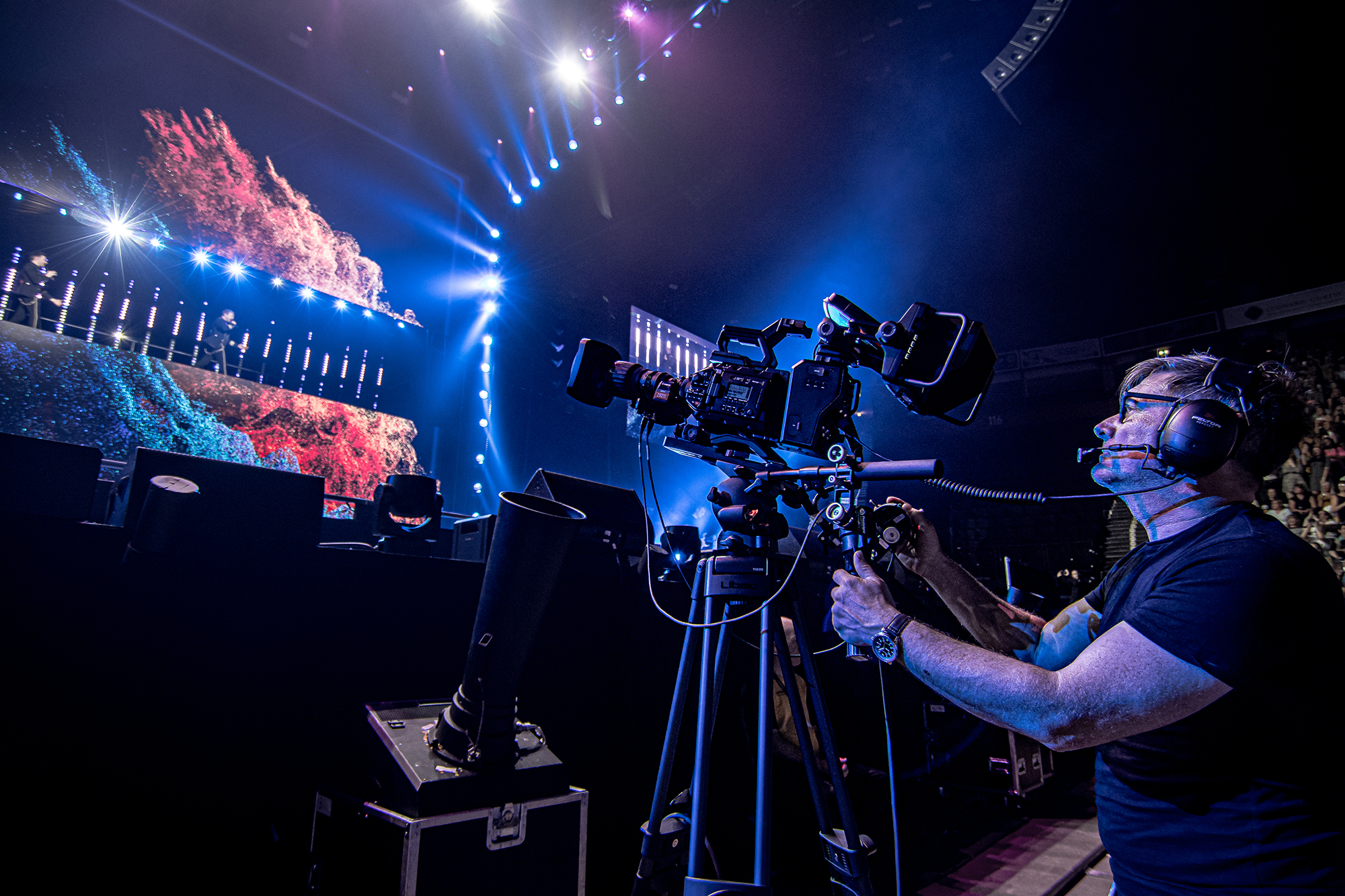 Opening at Belfast’s SSE Arena, the UK and Ireland tour has spanned 32 shows in total, with the finale being played out to more than 170,000 fans across two nights in Dublin’s Croke Park.

A multicamera fiber workflow was deployed for acquisition and IMAG relay, with four long lenses front of house (FOH) and one in the pit on a tracking dolly. “It’s unusual to have four cameras FOH,” begins director Tom Levitt. “But this is due to the way the staging of the show was designed. There’s one for each band member that gave us a ‘head and shoulders’ mid shot for a picture in picture on the stage’s 20m x 7.5m LED backdrop.” 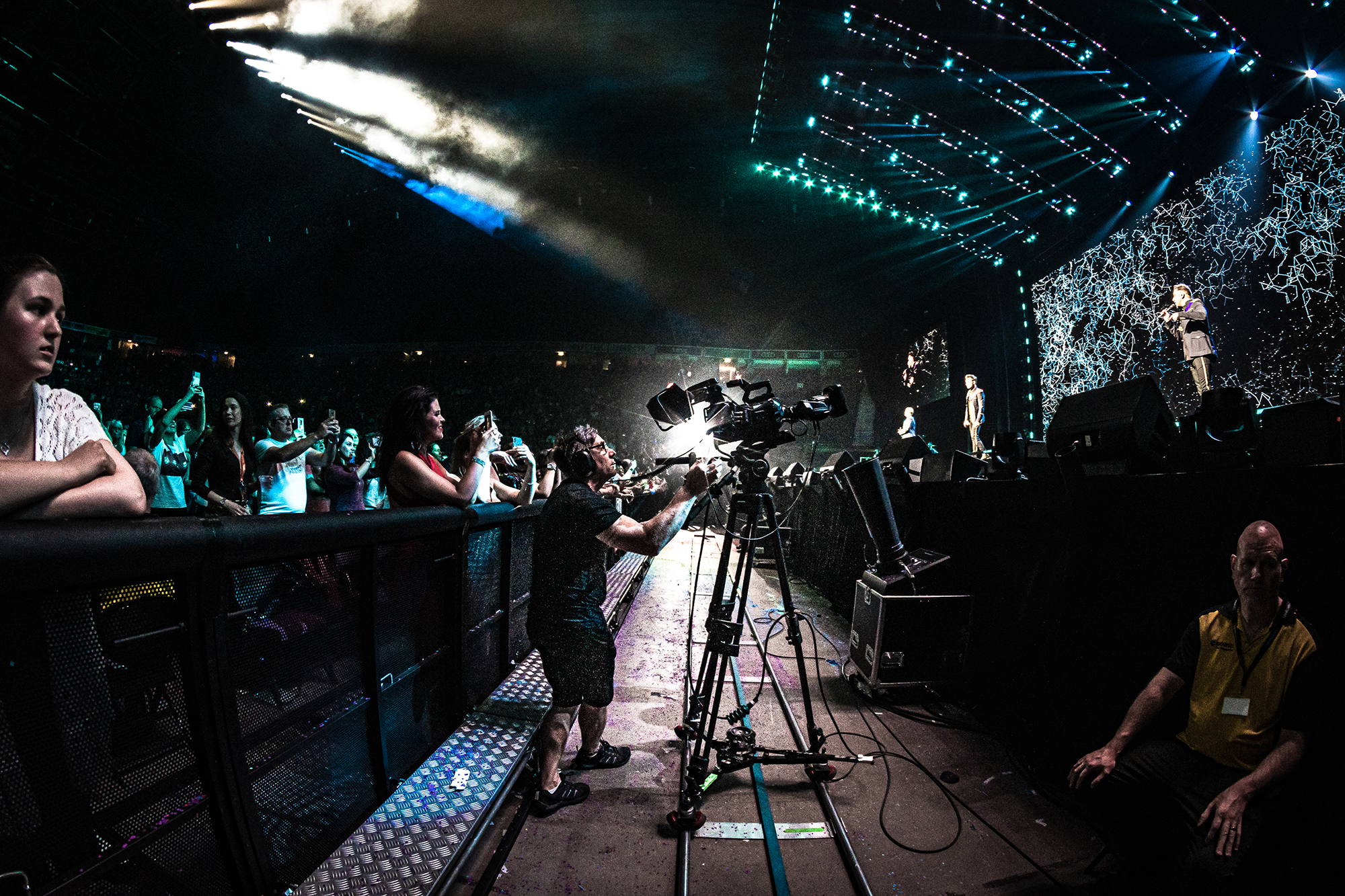 The URSA Mini Pro in the pit provided a simple relay feed for the two 6m x 3.5m IMAGs either side of the stage.

Live video signals for the center LED were mixed with graphics and animations designed by America’s Got Talent’s Sila Sveta. “We also used real-time rendered Notch effects on the camera signals themselves, such as pencil drawings or cartoons. That was all in an effort to make them look more integrated and less jarring with the pre-rendered show content,” explains Levitt.

Six Teranex Mini HDMI to SDI 12G converters were used to take the 4K animated content from the computer, while an ATEM 4 M/E Broadcast Studio 4K, paired with the ATEM 2 M/E Broadcast Panel, was used for vision mixing. 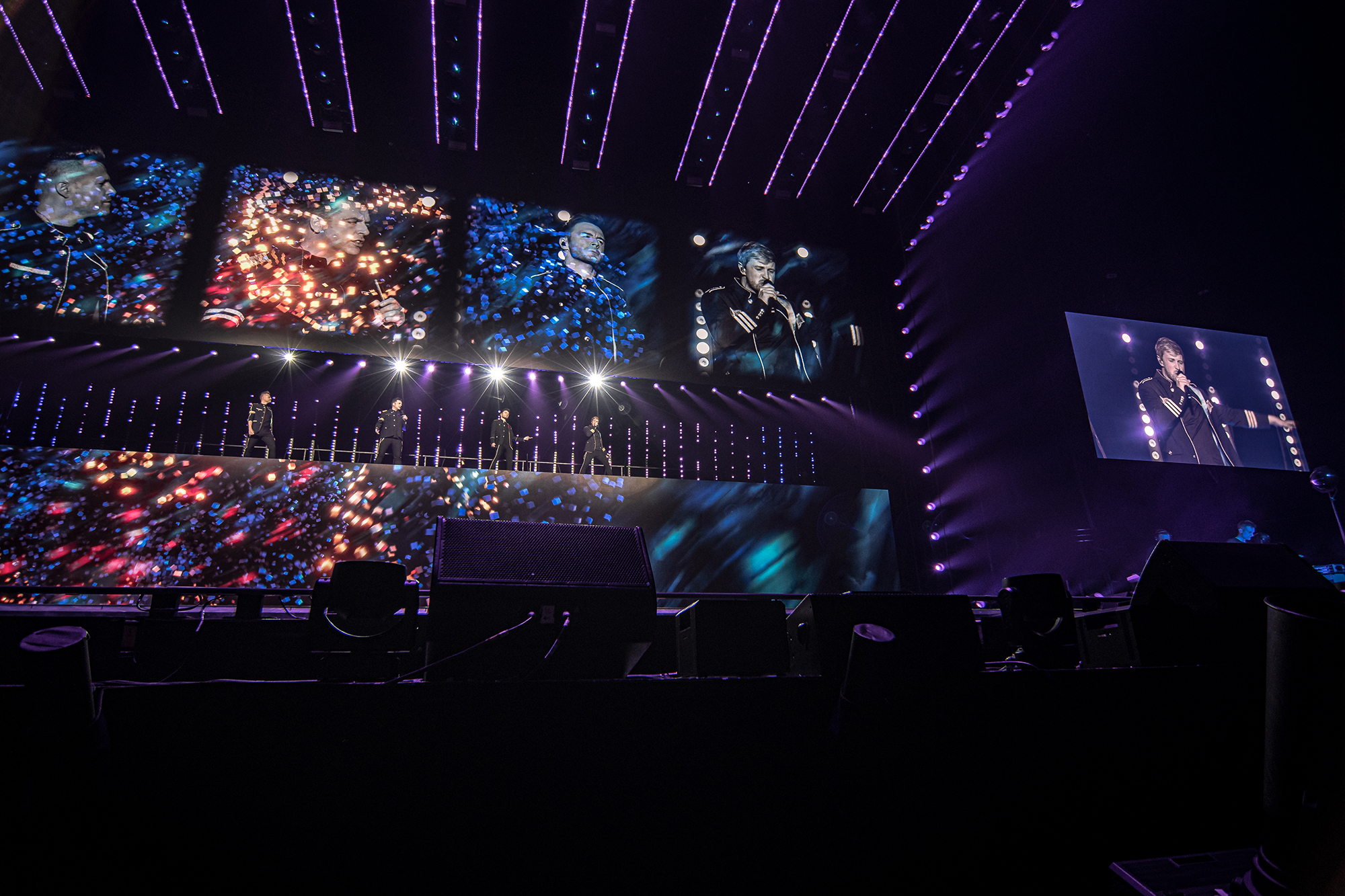 Two Blackmagic MultiView 16 provided previews for Levitt (on camera control) and the tour’s live director, Billy Robinson. Robinson adds, “We used the ATEM’s SuperSource to composite the four camera images from FOH, which were then taken out as an auxiliary output to get a quad view of the cameras.”

Alongside the program feed of M/E 1 and M/E 2, the three auxiliaries then fed into multiple gx2 media servers, which combined all of the live camera visuals, that Robinson cut, with the show content.

“It’s been great working with Westlife on their reunion tour, but it hasn’t been without its challenges particularly with venues and staging characteristics,” Levitt concludes. “So being able to trust that your equipment isn’t one of those headaches is invaluable.” 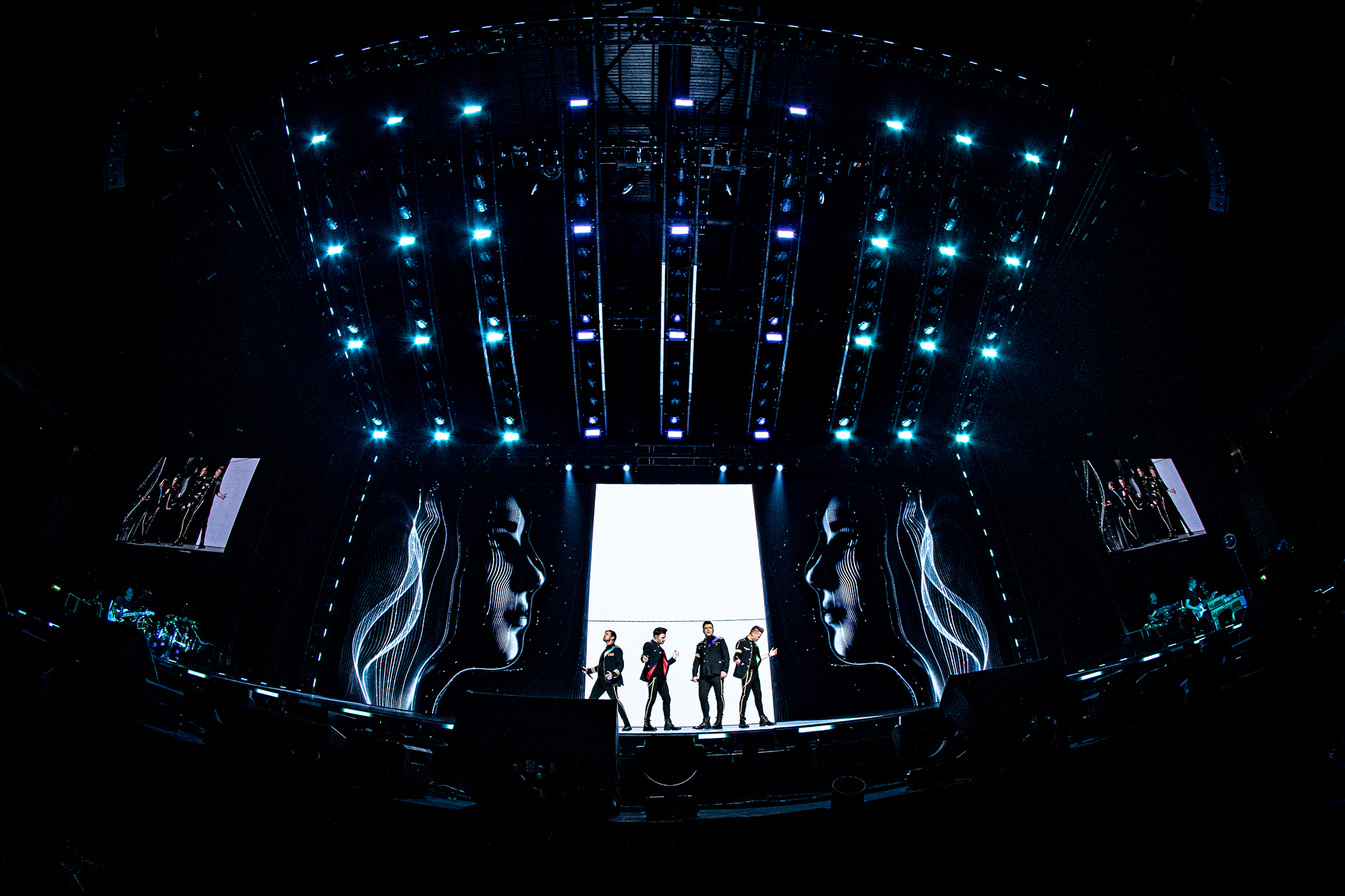