Virtual Reality technology was not massively present at NAB 2019, but Tribeca Film Festival shows VR is not dead: more than 30 immersive experiences debut at the festival this April. 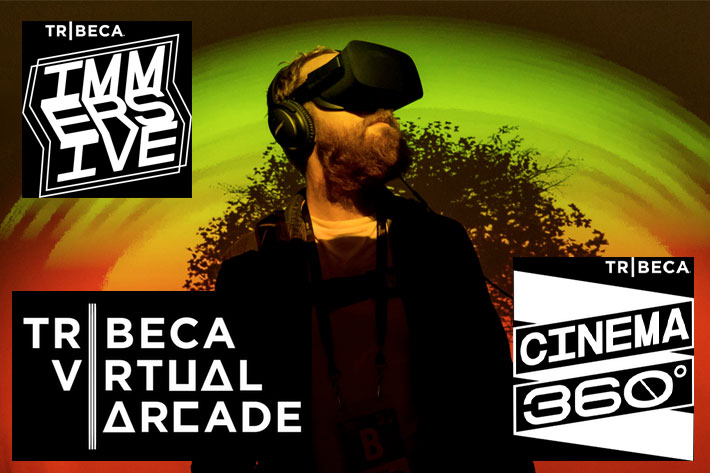 Virtual Reality is not dead. Although there was not much talk about its technology at NAB 2019, it may well gain momentum this year, as the technology evolves to give users a better grasp of the virtual worlds they visit. But the technology is just one side of the story, as the content is what justifies using the technology in the first place. A good example of what VR creators have ready to share with audiences will be shown during two events that run during the duration of the Tribeca Film Festival, the Virtual Arcade, presented by AT&T, and the Tribeca Cinema360.

These events happen under the Tribeca Immersive banner, which leads as an incubator for innovation and is a global stage where top VR creators choose to debut their latest work. There they will showcase, from April 24 to May 5, more than 30 cinematic and cutting-edge virtual reality, augmented reality and mixed reality experiences by top artists who push the boundaries of storytelling with technology.

Visitors to the Virtual Arcade will encounter a lineup of 22 compelling VR, AR and MR experiences and exhibits from new and established artists, with Tribeca Cinema360 featuring 12 curated screenings in a custom VR theater. Immersive attendees will be transported to places they’ve never been, from a time-warping dream bubble (Future Dreaming) to an alien jungle (Bonfire), to riding on the back of a jellyfish to experience the wonders of the deep to see the impact of pollution from a vitally different perspective (Drop in the Ocean). 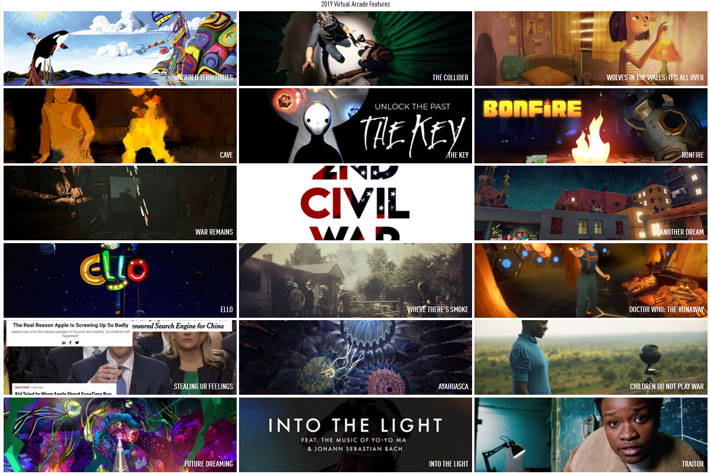 Two premieres in VR: Dr. Who and Dan Carlin

The Festival will premiere the first Dr. Who experience in VR, Dr. Who: The Runaway, voiced by the current and first female doctor Jodie Whittaker, and also present a one-of-a-kind collaboration with popular historian/podcaster Dan Carlin and MWM Immersive that transports attendees to a WWI battlefield with stunning realism (War Remains).

According to the organizers, “numerous projects in this year’s program address relevant cultural issues, including gun control (12 Seconds of Gunfire: The True Story of a School Shooting), gentrification (Common Ground), pollution and conservation (Drop in the Ocean) and persecution of the LGBTQIA community (Another Dream)”. Throughout the exhibition, Tribeca welcomes bleeding-edge creativity, showcasing top tech innovations, many of which showcase the future of location-based entertainment, and area where VR technologies may become a key element in the near future. 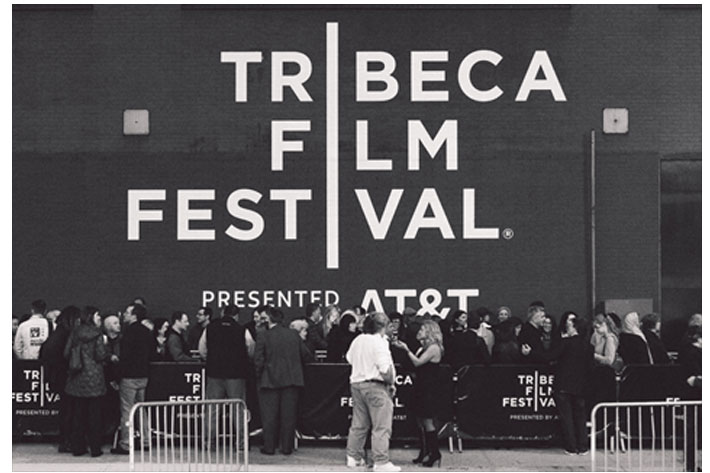 At this year’s Virtual Arcade, the Storyscapes juried selections present new trends and innovative work across mediums that integrate various forms of audience participation, with interactive installations focused on emotion and the human experience. The Storyscapes Award, presented by AT&T, honors artists who bridge the gap between technology and storytelling. This year, four of the five experiences up for the award were made by female creators.

The competition includes four world premieres and one International premiere. One Storyscapes nominee will be selected by a jury to receive the Storyscapes Award, presented by AT&T, which recognizes groundbreaking approaches in storytelling and technology. The five projects come from Australia, Egypt, Iraq, Netherlands, UK and USA.

Tribeca Immersive includes innovative experiences from creators such as Eric Darnell and Baobab Studios (Bonfire), Jessica Brillhart (Into The Light), Jan Kounen and producers Atlas V (Ayahuasca), Celine Tricot (The Key), Clyde Henry Productions, The National Film Board of Canada, and Felix & Paul Studios (Gymnasia), Adam May (A Drop In The Ocean), Dan Carlin and MWM Immersive (War Remains) and Fable Studios’ Pete Billington and Jessica Yaffa Shamash (Wolves in the Walls: It’s All Over). Other notable names involved with projects include comedian Ali Wong (Bonfire), actors Jeffrey Wright and Noah Schnapp (Wolves In The Walls: It’s All Over), and musician Yo-Yo Ma (Into The Light). 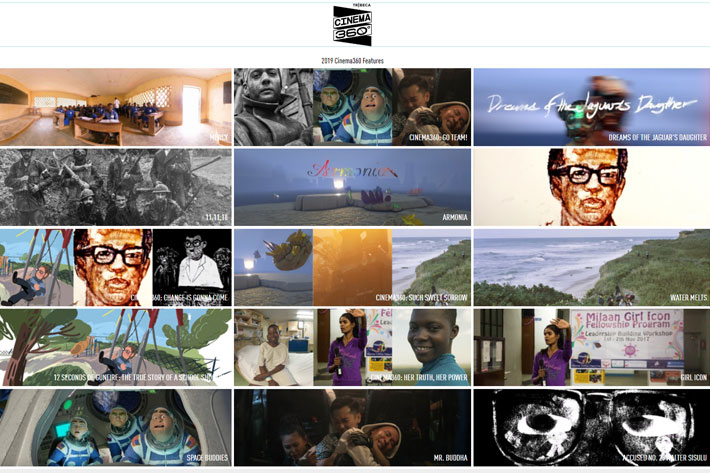 “It has been a wild ride seeing how artists and filmmakers have responded to new technologies over the years, constantly pushing and prodding and exploring the edges of things in order to make beautiful and vital work,” said Ingrid Kopp, co-curator of Tribeca Immersive.

For Tribeca’s 18th edition, more than 51 industry leaders were selected to honor feature length and short film categories, comprised of narratives and documentary films, as well as Storyscapes, the juried section of the Virtual Arcade, presented by AT&T. The jurors will also present the Tribeca X Award, celebrating excellence in branded storytelling at the intersection of advertising and entertainment. For the first time this year, Tribeca X will expand to four categories: best feature film, short film, episodic, and VR.

The expansion of the Tribeca X Awards from one award to four – best feature film, short film, episodic, and VR – is not the only news. The event will also debut Tribeca X: A Day of Conversations, a look at storytelling at the intersection of advertising and entertainment, during the 2019 Festival on Friday, April 26. It’s the ideal stage to listen to industry leaders and creators from brands, agencies, and filmmaking as they talk about the achievements that are adventurous and distinctive in their work. 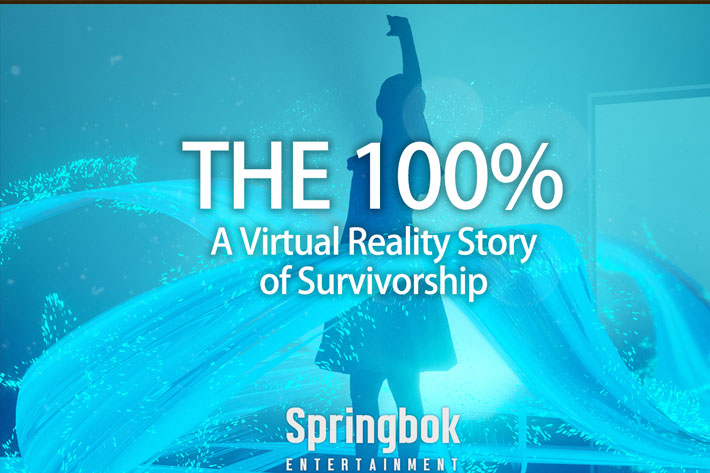 The list of finalists for the 2019 Tribeca X Awards includes brands such as The Carlsberg Foundation, Patagonia, PepsiCo Content Studio, AT&T, YETI, Girls Who Code, HP, The North Face, Impossible Foods/White Castle, Stand Up To Cancer/HP, and Diageo. This year, the selected finalists’ work will be screened during the Festival, with VR available to experience during the Tribeca X day event at The Tribeca Festival Hub at Spring Studios.

“As brands continue to push the boundaries of creativity and tell deeper stories, we are excited to debut this event and bring leaders in entertainment and advertising together at the 2019 Tribeca Film Festival,” said Paula Weinstein, EVP of Tribeca Enterprises.

“As festival programmers, we are keenly aware of the potential for an incredible film to move an audience, inspire action, and effect change,” said Festival Director Cara Cusumano. “It has been rewarding to see brands embracing this transformative power of cinematic storytelling in how they communicate with consumers, empowering innovative filmmakers along the way.”