Smaller teams need smaller batteries, and Munich-based power and accessory maker bebob has new solutions for those who need to travel light. Discover them at NAB 2019, in April. 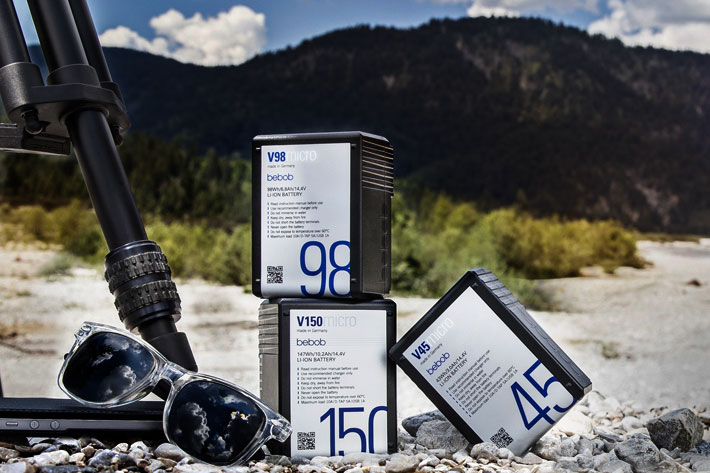 Producers of batteries since 1995, bebob takes to NAB 2019 its Vmicro (V-mount) and Amicro (gold-mount compatible) 14.4V battery packs, with the lowest weight and footprint in its class.

For more than two decades that Munich-based power and accessory maker bebob has developed solutions that are used at film and television studios all over the world. Now the company, keeping with the industry’s move toward lighter and more versatile gear introduces Vmicro (V-mount) and Amicro (gold-mount compatible) 14.4V battery packs. Both mount styles feature a choice of 43Wh, 98Wh and 147Wh versions—each with the lowest weight and footprint in its class. 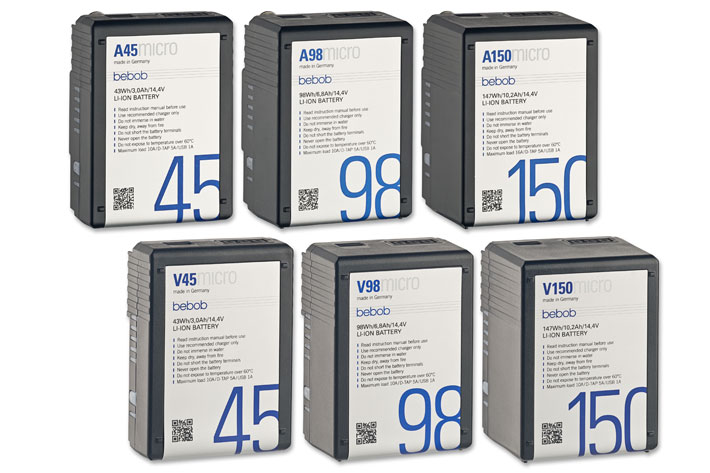 Ideal for camera, lighting and other on-set power guzzlers, Vmicro and Amicro batteries offer standard features users expect—plus several uniquely bebob innovations. On the smart side of each battery is a five-step, colorful LED power remaining indicator (100% – 80% – 60% – 40% – 20%) that monitors battery life. They also conveniently support through-the-finder power data protocol from ARRI, RED and Sony cameras. Below the power gauge is a push-button to wake-up the battery, check power status or to activate the built-in LED light.This nuance can help users see when connecting the battery to the battery plate, even on darkened sets.

To power accessories, atop each Vmicro and Amicro is a USB port with a sliding cover to keep the elements out. Adjacent is a unique Twist D-Tap output that allows the user to plug in the cable, in either direction they choose. 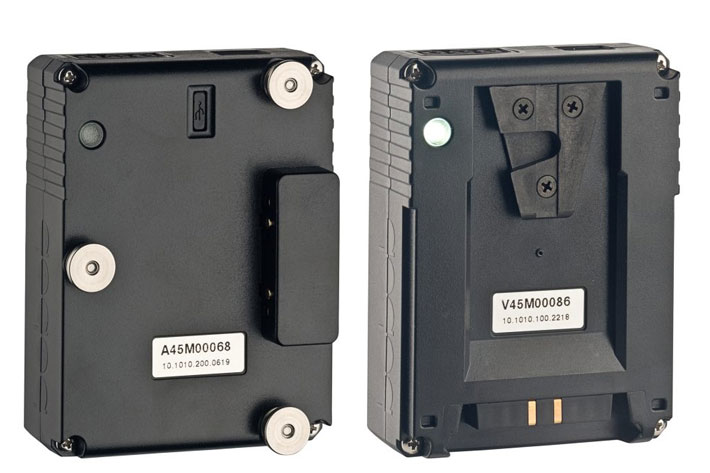 The maximum discharge current of each Micro is 10A. To recharge, bebob offers its own range of solutions including 2-channel and 4-channel simultaneous chargers, as well as numerous battery plates, power bars and adapters for maximum versatility. Optional Hot Swap Adapters provide uninterrupted power through battery changes.

Engineered and handcrafted in Germany to the highest specifications, Amicro and Vmicro packs feature rugged composite housings, built for long life. Their modular construction provides for easy service and reuse. After years of work when cell capacity becomes insufficient, bebob batteries may be re-celled.