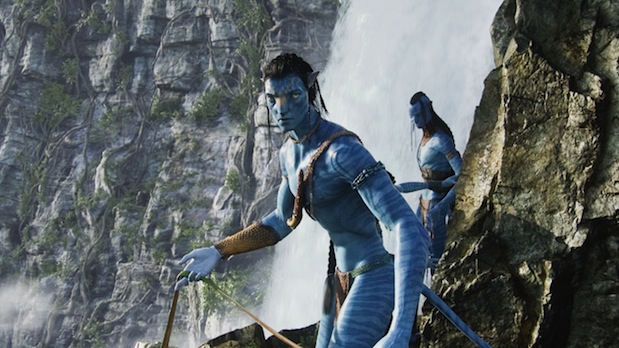 The hoopla you are now hearing about James Cameron’s “Avatar” as the hugely expensive and technologically intimidating movie hurtles to its U.S. release on December 18 may or may not be deserved, depending on critical and box-office acclaim, and of course, the personal tastes of movie-going audiences. But one thing is clear-the folks who spent, on and off, nearly a decade helping Cameron figure out how to make the mo-cap/CG/stereoscopic sci-fi extravaganza happen firmly believe they have participated in, at least to a degree, the revolutionizing of entertainment. Among those believers is longtime cinematographer and HD guru Vince Pace, the film’s second-unit director and co-inventor, along with Cameron, of the Fusion 3D Camera System developed in order to make the film, and now proliferating into a major business far beyond “Avatar” for Pace’s company, Pace HD in Burbank.

Last April, at an NAB meeting, Vince told me the public “will be shocked” by what Cameron is putting on the big screen, and he called the imagery-not just the 3D aspect, but the complete “Avatar” package-“something unique to the entertainment industry, that the public will be surprised to see to the point of high demand for seeing more of it (in the future).”

Now, finally, Pace’s 10-year “Avatar” experience in partnership with Cameron is about to climax with the film’s debut. Long before now, however, his company has been configuring and offering Fusion packages of various sizes and scopes to a range of other productions including, most notably, various broadcast style shows, such as concert films and sporting events. Ironically, he suggests concert films, documentaries, sports, and pay-per-view extravaganzas may end up being the most impressive application for the stereoscopic technology developed originally for “Avatar.”

In the context of these developments, I chatted recently with Vince about “Avatar,” the Fusion system, and the stereoscopic wave hitting the entertainment industry. I’m bringing you that conversation as a podcast in two parts via From The Trenches-the first part, you can hear right now by clicking the link on this page, and the second part you can hear through the Pro Video Coalition newsletter, upcoming in mid-December, and after that, appearing on this blog. In total, you will hear Vince discuss “Avatar’s” legacy as, among other things, a particularly high-end R&D project that contributed stereoscopic solutions we are already starting to see bleed into all sorts of other entertainment arenas. Vince concedes that virtually no one will have Cameron’s budget or visual plan or scope, but, he argues, “the bill is paid” for developing the technology. Therefore, Vince declares, there is no reason that Fusion (and various other stereoscopic systems that are available across the industry-some of which we’ll be examining in future columns) can’t be used as a master acquisition tool, affordably and seamlessly, on documentaries, independent films, broadcast television, and much more.

“(Cameron’s) experience and mine the last 10 years has solely been directed toward creating a methodology, a hardware infrastructure, and a software infrastructure to do good 3D,” says Pace. “The price tag for (that development) is already paid. The key now is for (those in the stereoscopic industry) to convince studios, cinematographers, and productions to come and have the dialogue (on how to make 3D affordable for their shows). If you have an appetite for (Sony) F35’s and master primes and all that, of course it will be more expensive. But in a reasonable conversation, you will find the 3D layer that you bring to the table will not break the bank of your budget.”

Still, there is a debate over how to make stereoscopic production seamless and feasible, rather than a specialized art form requiring all sorts of specialists on set to pull it all together. In the upcoming Pro Video Coalition newsletter, in part II of our conversation, you will hear Vince’s thoughts on how to, as he says, “converge” the specialized path of a high-end stereoscopic pipeline with traditional production methods that will someday permit, in his view, 3D to become a standardized form of acquisition. Part II of the conversation will also contain further explanation of “Avatar’s” workflow, and what it might mean for the larger industry.

Meanwhile, I hope you enjoy part I of that conversation with a self-admitted “stereoscopic evangelist,” as Vince has called himself when we’ve spoken more than once in the past. Use the “Click to Play” link to hear the first part of our conversation; to hear the second part, make sure you subscribe to the PVC newsletter – it will be in the edition which goes out in early December 2009. I hope you find them informative.

Training a future generation of media pros on AJA