Automated editing tools are not very intelligent – yet? –, but they are not the only option available to create movies. In fact, you can also create short movies in camera if you don’t want or don’t know how to use a NLE. 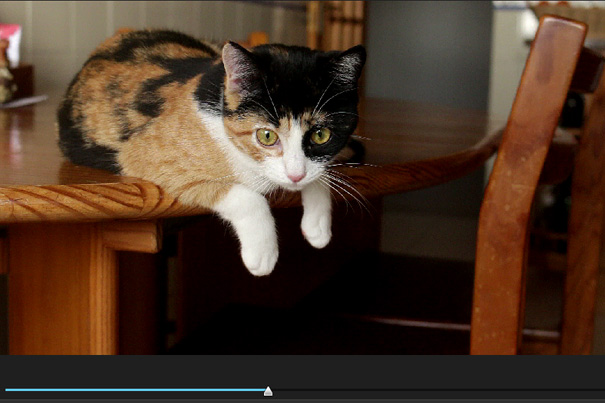 When, recently, Scott Simmons tested the Fastcut software I had written about before – read his article, Automatic video editing with MAGIX Fastcut – I felt I could add another aspect to the discussion, following his invitation for people to share information about other automated video editing applications.

Although I know video editing software that offers some kind of automated video editing – a feature I think is somehow common in Non-Linear Editors for the general public – another comment from Scott Simmons made me feel I had a good excuse to introduce what I could call a “semi-automatic” way to create short movies, this time without even touching a video editor.

Scott Simmons mentioned in his article, rounding the test, that “I got to thinking about this automated editing tool after this second try less from the standpoint of did it do a good job (IMHO it did not) but more along the lines of did it do AN ADEQUATE JOB? The answer to that is… maybe. What do I mean? In a family where you’ve got a parent who likes to shoot video of their kids but doesn’t ever take the time (or have the time) to edit the footage into something for the family to see MAGIX Fastcut does something amazing: it actually produces a finished video. That’s more than I can say for myself sometimes.” 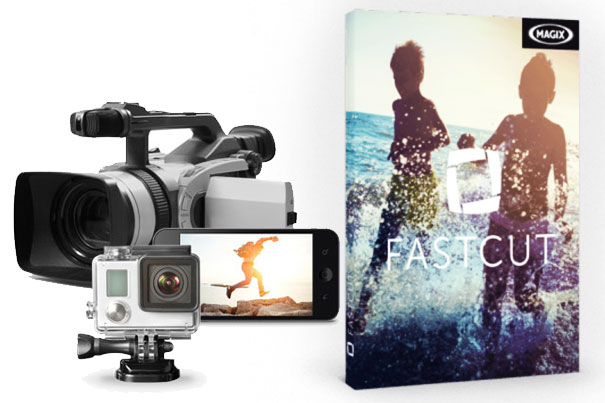 I have the same experience at home, not so much with video but with photography. The old saying “the shoemaker’s son goes barefoot” applies here as well. We get so much entangled in the things we do professionally that the photos – and videos – to the family go to the “to do next” folder. One that gets pushed to the bottom of the pile all the time. I know I do, as I only recently found the time to edit some family photos from… 2011.

So, Fastcut, as Scott Simmons suggests, may be a solution for video, although not perfect. But hey, if you want perfect, or close to perfect, get a decent NLE and do it yourself. Now, there is another way to do your family video, and it can be done in camera, ready to transfer to your computer and, if you feel you’ve everything right, upload to whatever online service you use. I know this is not a professional feature, but even professionals are humans, and sometimes using the features that technology offers us is better than having nothing to share with the family. So, without further ado, welcome to the Video Snapshot.

The video published with this article is shown exactly how it was shot and assembled in camera. The only thing I did different was to take it through a NLE, to add music, instead of using the original sound.

I mention this feature, which is present in – some – Canon DSLRs, although the Video Snapshot already existed in Vixia and other camcorders from Canon. I should add I mention Canon because it is the system I use regularly, and also because, as I had a EOS 70D on loan for a few days, for other reasons, I decided to create a short film using my cat Yellow as the star, just to check how a lazy editor can create a quick video of the family’s cat to share with all. I know this will have a lot of views from my family once I post it online. As for the feature itself, check your camera manual, I guess models from different brands will offer something similar. 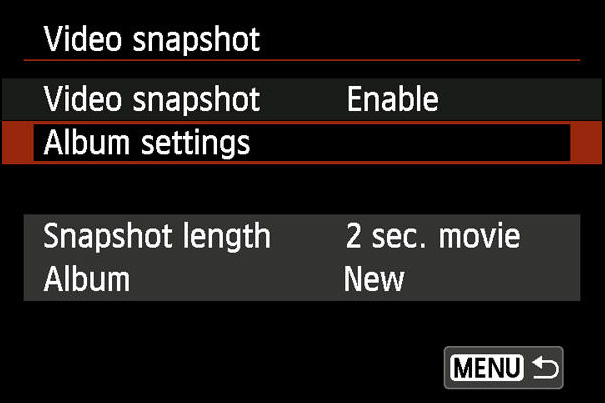 What is Video Snapshot? Well, it is a way of capturing, assembling and playing video clips… all in-camera. The EOS Video Snapshot feature, introduced with the Canon EOS 3Ti/600D in 2011 was conceived to enable users to capture the video highlights of family vacations, parties or milestone events, with the same ease as taking photos. If you feared, by now, the return of those “looooong” family videos that bored you so much in the past, forget it. The Video Snapshot records short video clips automatically at the press of a button, so unless the user keeps pressing the button and pointing in the same direction, there will be some action. 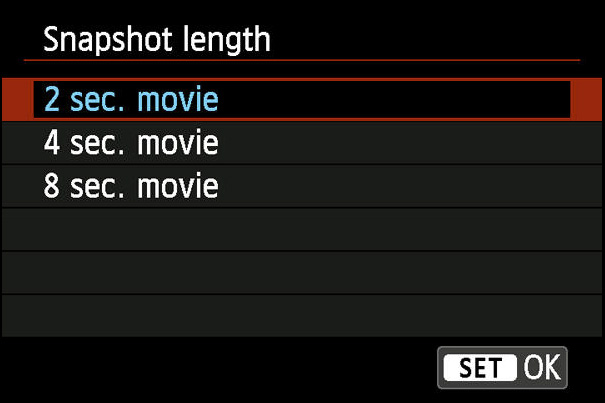 What’s interesting about the Video Snapshot feature is that the scenes are assembled by the camera into a continuous Video Snapshot Album, so they are ready for playback, transfer to a computer or even upload to the Web. To fully explore this feature, it is convenient to read the manual. The video clips can also be played in-camera with background music, which can be uploaded to the camera from the EOS Digital Solution Disk CD-ROM. Read the manual!

The video clips created can even be further edited in camera or through Canon’s Video Snapshot Task software on a compatible personal computer, for added flexibility and fun. You can also use your regular NLE if you want to fully control the final product. 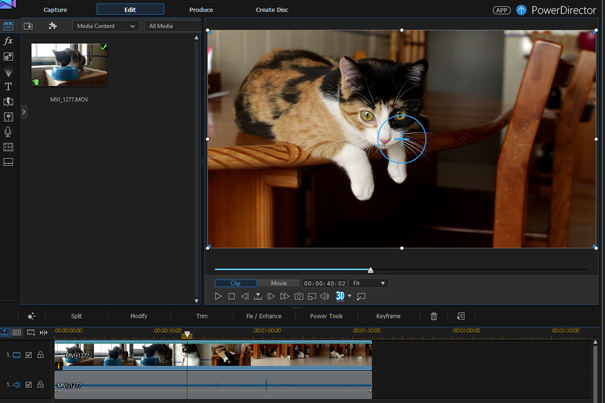 Opening the file in a Non Linear Editor it is possible to see the different segments assembled, a total of eight here.

Before starting using the feature, the user has to define the duration of the recording in two, four or eight second video clips. There are some limitations on the way this works, so read the manual before using it. For example, once you define a time for the video clips you’ve to keep the same time to all the clips to be assembled, but I guess that’s understandable, as the feature tries to be as simple as possible, so as to attract amateurs. 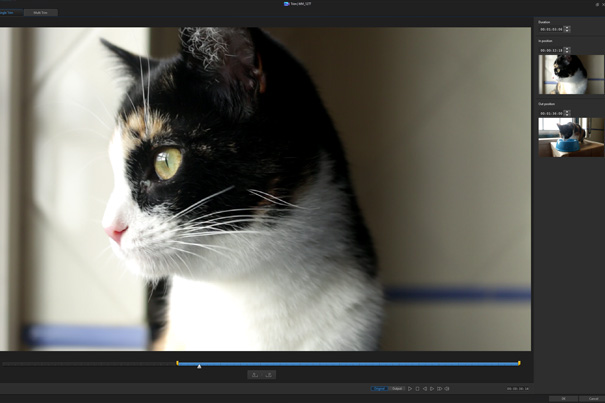 In a NLE it is also possible to trim sections of the video clip, but some of that work can be done in camera or with Canon’s software

One aspect of the Video Snapshot feature that attracts me is, exactly, the ability to define the duration of the recording. Canon camcorders usually have four seconds as the standard duration, and that may be enough for many uses. If I use the Video Snapshot, I tend to choose the eight second clip, as I feel it gives me more footage to work with, just in case I want to edit it further, after moving the file to the computer. On regular video capture I rarely capture less than 30 seconds for each take.

Whichever duration users choose, I think the feature works very well as an invitation to create videos with multiple little segments and hopefully, multiple angles of capture, for a more dynamic experience. I sincerely believe the feature helps to create a discipline in terms of narrative… or at least to reduce the effect of those “loooong” family videos.

The Video Snapshot is not an essential feature in a camera if you know what you’re doing, but for someone starting it may mean the difference between simply giving up and starting to create videos you can immediately share with family and friends. The basic editor in-camera might be a starting point for some people, as they may want to find more about the way NLE’s work, and the duration of video clips, as I mentioned, is a good way to get people to understand the importance of choosing the way narratives are built. The Video Snapshot is, I believe, an interesting learning tool, while it offers a “semi-automatic” way to do short films: you choose what to capture, the camera assembles it all. I bet your family will appreciate your choice of tools. 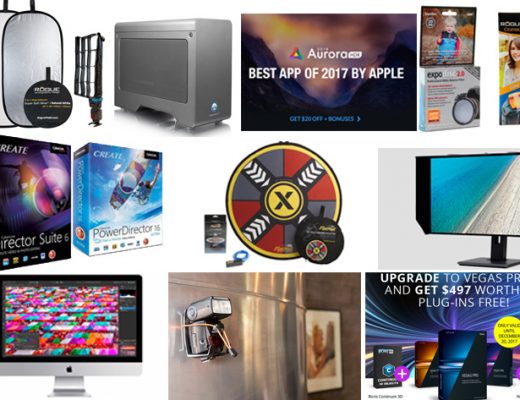 Christmas is one week away and your list of gifts is not yet complete? Here are some ideas you...