Is Canon leaving the video DSLRs lag behind? Or are they simply moving on to a new product, next Spring? 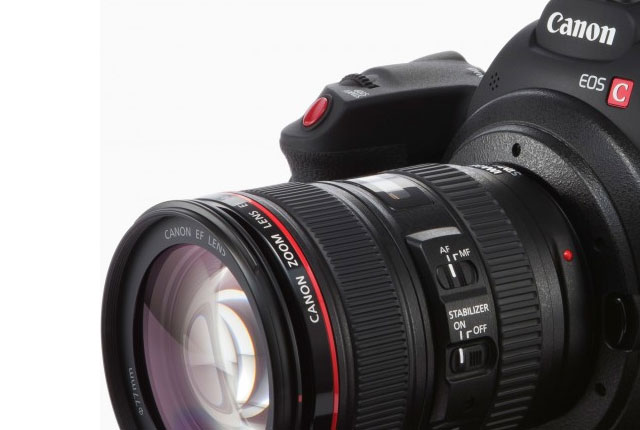 With CES – Consumer Electronics Show at the door, in January, and NAB (National Association of Broadcasters) in April, everybody seems very active trying to find out what Canon may be preparing to show the public. Rumours of something able to target Panasonic GH4 to a camcorder resembling the Canon EOS C100 appear, along with the idea that DSLRs as video cameras may be on the way out. They probably are, as the dream of a tool that does it all seems to vanish, the further we move on from the launch date of the EOS 5D Mark II that started a revolution.

DSLRs used as video cameras happened by accident. The fact is that they opened the doors to a movement that made video making and learning the ropes of cinematography possible, on a low budget, to the millions of people around the world. If you check the initial movies – on YouTube, Vimeo or any other platform online – from many of today’s names in the industry, there is a DSLR as a video machine for many of those initial efforts. And everything you see from normal video to time-lapse sequences is the fruit of that too. Let’s put it in black on white: without the DSLR we probably would not have the imaginative and dynamic market we’ve today.

Many people were able to tell their stories because they had a photo camera that also doubled as a video camera. Many photographers moved on to moving images simply because the option was there. And many photographers will keep using their DSLRs for both photo and video, because that’s the tool they like/prefer/need and no other is able to substitute the specifications a DSLR offers. The clean optical viewfinder being one of them!

Although photographers who prefer DSLRs will keep using them, many other people have moved to other forms of video and photography, simply because there is free choice, and also because the work they do allows to use other systems. In the end, because it is a matter of choice, I presume. One uses the things one is comfortable with.

Years ago, still in photographic film days, some people suggested, with the dissemination of camcorders, that photography was doomed and that one day all cameras would be hybrid, meaning, at the time, everybody would use camcorders for pictures and video, as no one believed a compact or SLR camera could do movies. Digital changed all that, for the better, so now we know better.

Along with better knowledge, we also have more choice, and the road ahead does suggest that we will continue to have cameras that although doing both things – one asset of digital, I presume – will also be more specialized, meaning DSLR users will still buy a DSLR to photograph and do some video, while others may go for more specific products, like BlackMagic or a Canon EOS C100, which despite being an EOS line camera has a different design from DSLRs and seems ergonomically more adequate to video. 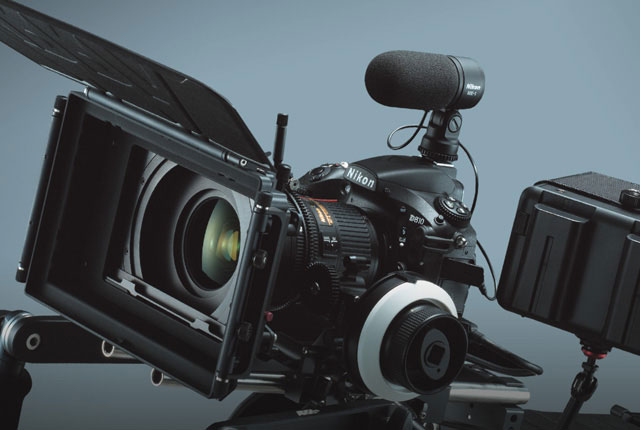 The fact the Canon has created a Cinema EOS line has made people question if DSLRs are a thing of the past, but I sincerely do not think so. Photographers, some photographers, still want/need them for photography, and for many, the video option, even as simple as 1080p, is good enough for most purposes. In fact, going 4K way simply because… does not make much sense. A look at the recent offerings from Nikon in the area suggest that we’re very distant from the end when it comes to DSLR. Check our articles Canon EOS 7D MK II and Nikon D750: The Need for Speed and Nikon D810 Wants EOS 5D’s Video Crown.

The creation of the Cinema EOS line by Canon, some time ago, does suggest that the company wants to move forward in that specific direction, and that may also explain why the recent EOS 7D Mark II is not a revolutionary video machine, as some wanted. Canon may have other plans, following, after all, the growing suggestions, from some quadrants, that DSLR video is dead. The same that are so critical of Canon not implementing 4K in the recent DSLRs, but simultaneously saying that DSLRs are dead…

Recent rumors in websites like Canon Rumors indicate that Canon may have a fixed lens 4K camcorder for 2015,  to compete with Sony’s PXW-X70 Professional XDCAM Compact Camcorder. The new camera will have a form factor similar to the Canon EOS C 100 but on a smaller scale. If that’s true, then maybe the answer to all the questions from last months is about to be given. Canon will keep their line up of photographic cameras as tools for photographers that may want to do some video, and will offer an entry level video camera for the Cinema EOS 100 family. Does this make sense? Could this be a DSLR killer? 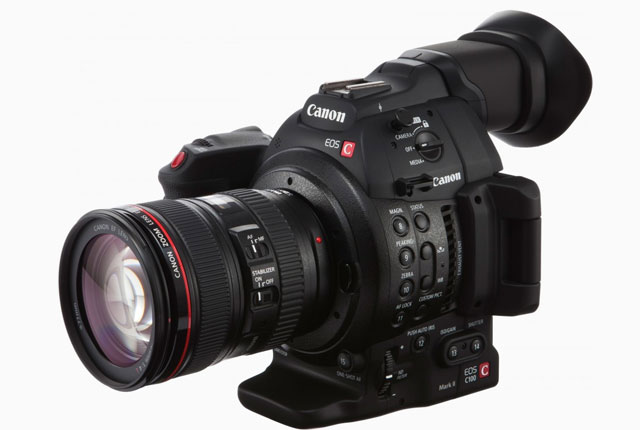 Maybe, after all, the DSLR Killer is already available today. That’s what one has to infer from a recent post by Shane Hurlbut, entitled She’s not a Fashion Killa – She’s a DSLR Killa: Canon C100 Mark II. In the article, which you can read completely following the link, the author states that “In comparing and contrasting the latest camera tech, I have discovered the DSLR killer. The Canon C100 Mark II is that device. This camera has heart and a soul that brings the best from its incredible 4K sensor that is set up on this camera to deliver 1080p for a price point that is far cheaper than getting a comparable DSLR once you add all the bells and whistles that it already comes with – internal NDs, on board monitor, a Canon log file which gives you 12 stops of latitude. It is lighter than a DSLR and designed in a way to eliminate rolling shutter and function like a high end cinematic capture device. The only thing that the C100 absolutely requires is an external HDMI recorder to bring its powerful sensor to life. Once purchasing a Ninja Blade or Ninja Star you are able to record the same bit depth as an internal recording Canon C300.”

So, there you’ve it. For Shane Hurlbut, who started his digital capture career with an EOS 5D Mark II, the new tool is the Canon EOS C100 Mark II, a camera that, he says, is a “little cinematic machine” for those that are “looking for images that look like they are easy to color correct, shooting 24 to 60fps and an image that can grace the big screen”. 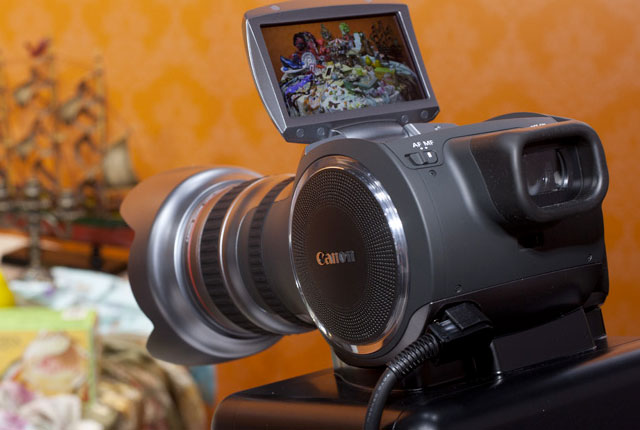 If Hurlbut’s DSLR Killer is not the killer some expect, maybe the product to be presented at either CES or NAB is the answer to their prayers when in comes to canon’s next step in video. I doubt it will be a DSLR Killer, as far as photographers are concerned, but it can very well be a video camera that also does stills. And it can be a a fixed lens camcorder as Canon Rumors suggests, a entry level on 4K for many, as the DSLR EOS 6D was a entry-level for FF video and photo for some. We should remember that already in 2010 Canon presented what they called a multipurpose camera, with a  24-480mm (equivalent) f/1.8-f/3.8 lens, able to shoot video with a resolution of 4K at 60 fps. It was a prototype soon forgotten after the Canon Expo 2010, but it may be the base of whatever Canon has ready to show next Spring.