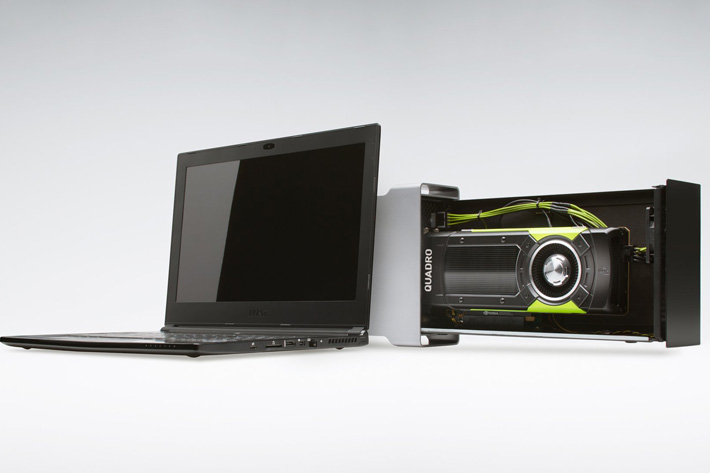 Bring more creative power to millions of artists and designers is the aim of NVIDIA, introducing its external GPU (eGPU) chassis to dramatically boost the performance of their applications.

The solution, already adopted for gaming in some configurations, is now offered, announced NVIDIA, to 25 million artists and designers who can easily upgrade the capability of their notebooks to support new workflows such as video editing, interactive rendering, VR content creation, AI development and more.

“While more computer power than ever is needed for VR, photoreal rendering and AI workflows, mobile systems are getting thinner and lighter, with limited performance and memory,” says Bob Pette, vice president, Professional Visualization, NVIDIA. “Our eGPUs can now solve this problem, enabling creatives to plug into our most capable GPUs so they can do their best work on the most graphically demanding applications.”

Quadro graphics will be available through qualified eGPU partners for those who use high-end content-creation applications for animation, color grading and rendering as well as CAD and simulation apps. The qualification process ensures users of compatibility, reliability and performance of their Quadro eGPU solution. 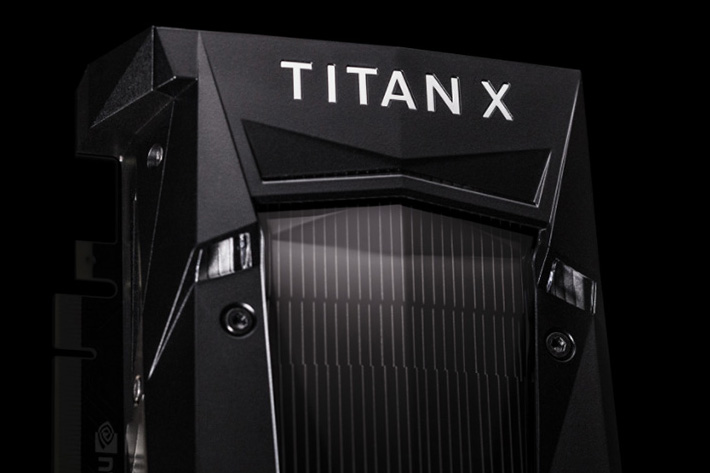 To ensure prosumers enjoy great performance with applications such as Autodesk Maya and Adobe Premier Pro, NVIDIA is also releasing a new performance driver for TITAN X to make it faster than ever before. According to NVIDIA, the new driver delivers 3x more performance in applications like Maya to help you create and design faster than ever. Built for people who design and create – and, adds NVIDIA, for people who, of course, play games –  the TITAN Xp is, claims NVIDIA, “the most powerful GPU you can put in your PC.”

Available starting in September, Quadro eGPU solutions will be available through qualified partners such as Bizon, One Stop Systems/Magma and Sonnet with more to come.

NVIDIA is at the SIGGRAPH ACM computer graphics conference, at the Los Angeles Convention Center, demonstrating new capabilities and performance enhancements that can be achieved with Titan Xp drivers and new qualified Quadro eGPU solutions. Stop by booth #403 for a hands-on demo.