The 8th edition of VidCon introduces some surprises: live interactive workshops and a live entertainment showcase, all to celebrate world’s largest online video conference for fans, creatives, and industry professionals. 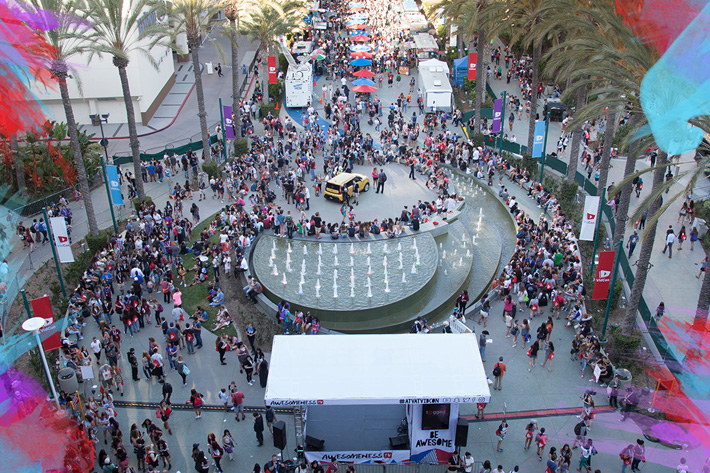 Experts from the biggest names in media are coming together at VidCon to discuss the future of video, advertising, and more. The conference is held annually in Southern California since 2010.

The annual conference will connect hundreds of the most innovative and influential online video creators for a program that includes performances, workshops, discussions, and networking. The Industry Track alone features more than 150 online video experts and innovators sharing their insight and expertise in how to build sustainable communities, channels, and franchises. The lineup of over 300 Featured Creators participating in 2017 suggests the conference is gworing each new year it happens.

Originally conceived by Hank and John Green of the Vlogbrothers YouTube channel, the convention is the largest of its kind in the world, gathering thousands of online video viewers, creators, and industry representatives worldwide. In 2016, VidCon hosted more than 26,400 fans, creators, and industry leaders to celebrate the transformational power of online video. With YouTube OnStage kicking off this year’s event, the program for 2017 is expected to be even bigger and more dynamic than ever. 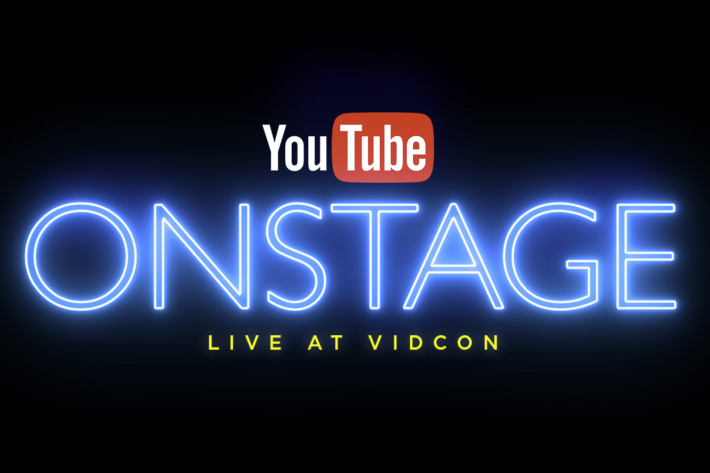 For the first time ever YouTube, the title partner of the conference, and VidCon are partnering to produce a live entertainment showcase to kick off the 8th Annual VidCon. YouTube OnStage will be an electric celebration of the cultural trends and notable artists from the history of YouTube. Yes, YouTube already has a history, started 12 years ago!

Multi-platinum recording artist Jason Derulo, whose current hit “Swalla” feat. Nicki Minaj and Ty Dolla $ign has over 211 million YouTube views, will headline the event and perform some of his fan favorites. The high energy 90-minute show presented by Pop-Tarts will be held on Wednesday, June 21 at The Arena at the Anaheim Convention Center in Anaheim, California. YouTube OnStage will feature appearances by top YouTube creators, including Tyler Oakley, Rosanna Pansino, Collins Key, Joey Graceffa, The Slow Mo Guys and many more.

Additionally, the audience of more than four thousand fans can expect performances from: Todrick Hall, who starred in Broadway’s Kinky Boots and will produce and star in the show’s opening number; Grace VanderWaal, America’s Got Talent winner, performing her new single; and a special dance performance from So You Think You Can Dance winner Fik-Shun, along with YouTube dance sensations Dytto and Poppin John.

VidCon will also be the stage for two high-level interactive workshops series, this year aimed at companies, brands, and top digital content creators, launched by CreatorUp, a leading digital media training provider based in Los Angeles. The workshops are for attendees of the Industry and Creator Tracks.

“VidCon has always been about learning new things, gaining new skills and improving your game when it comes to online video”, said Jim Louderback, Editorial Director for VidCon’s Industry Tracks. “We’re super excited to take this to the next level with the addition of these two half-day workshops that will deliver a tremendous amount of value to our attendees — at no additional cost beyond standard admission.” 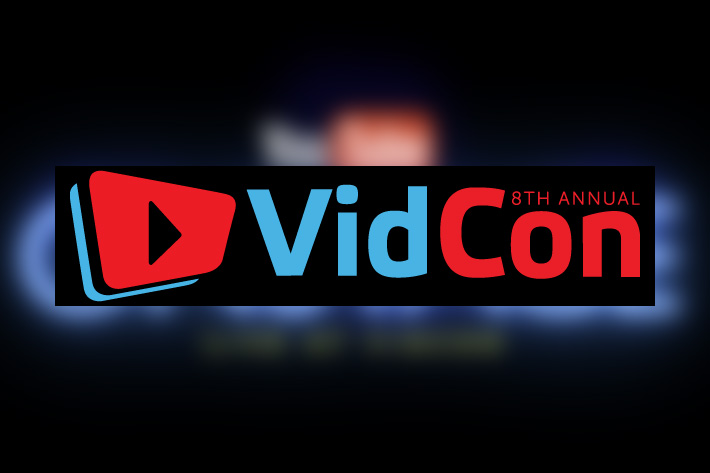 A global provider of executive training for clients like YouTube, L’Oreal, BBDO, and Mullen Lowe, CreatorUp sees increasing demand from brand and agency clients for its expertise in the digital space. “Brands are spending more on digital now than on TV advertising,” observed CreatorUp CEO Mike Tringe. “But there’s still a lot of uncertainty about how to make sure these campaigns perform. If your digital strategy involves posting the same TV ads to your social channels, or playing them in an app, it’s a missed opportunity.”

CreatorUp will preview its industry-facing training series in a half-day interactive workshop, “Platform Deep Dive for Industry” (for Youtube, Instagram, Facebook, Snapchat), where brand and agency participants will work with experts to develop customized, digital-native action plans they’ll take from the workshop as usable assets.

Tringe sees a similar need for professional development to reorient top creators to their emerging role as media entrepreneurs. “The creators we work with have built incredibly engaged audiences with awesome stories, but there’s more to thriving in this ecosystem than what got you to half a million followers. Especially when you start competing for deals with the biggest brand names in the world.”

CreatorUp will introduce its creator-facing training series with another workshop at Vidcon, “Business Skills Level-Up for creators.” Participants will work with experts from across the media and entertainment industry to understand the business side of successful content creation, and build assets like digital press kits and branded content pitch strategies.

Experts from the biggest names in media are coming together at VidCon to discuss the future of video, advertising, and more. YouTube CEO Susan Wojcicki, as well as other executives from the company, will be featured in keynotes and panels throughout the four-day convention to showcase YouTube’s ongoing efforts to support creators around the world.

Marni Walden, Executive Vice President and President of Media and Telematics at Verizon, will deliver the headline keynote on Thursday, talking about the company’s vision for its growing digital media business, including go90, Oath, Fios, Complex, AwesomenessTV and more. 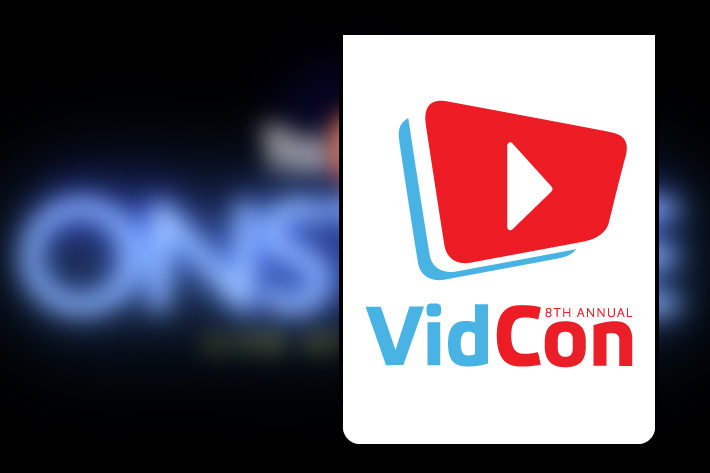 Other top conversations include Cheddar CEO Jon Steinberg discussing the future of TV with AT&T’s Tony Goncalves (who’s been deeply involved in the company’s evolution in the digital world and approach to OTT, including DIRECTV NOW and Otter Media initiatives), discussions on the future of video with Alex Hofmann, President, North America at musical.ly, Inc., Disney’s Andrew Sugerman, and Brad Allen from NextVR, a look at the Future of News with CUNY’s Jeff Jarvis and Cenk Uygur from the Young Turks, and top executives from Facebook, ABC News, Now This, Awesomeness, Instagram, and many more.

“This is shaping up to be the biggest and most important Industry Track ever,” said Jim Louderback, Editorial Director of VidCon’s Industry Track. “With television changing radically, the advertising world in turmoil, and the rise of new storytelling formats — including virtual reality, mixed reality, and more — there’s never been a more important time in the development of visual media. This unprecedented collection of the top thinkers AND doers in the space will deliver guidance, insight, and actionable strategies to put in place even while VidCon happens.”

Debuting this year is a new focus on branding and advertising — and alternate monetization schemes — with 15 conversations and workshops devoted to these topics, a first-ever debut of five new research studies delving into the behavior of online video consumers, a session on video-centric product design led by Eric Feng (partner at Kleiner Perkins Caufield & Byers and former head of product at Hulu and Chief Technology Officer at Flipboard), 26 hands-on workshops, 16 panels, 15 fireside chats, parties, social events, concerts, and more. 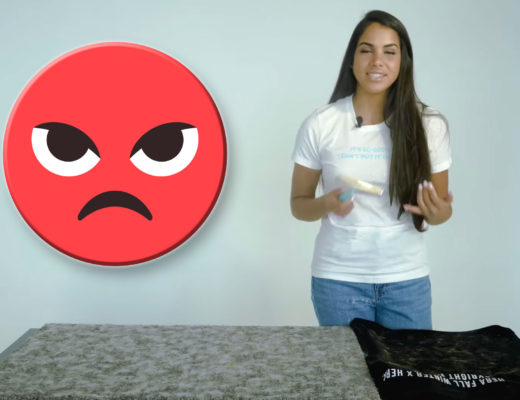