A solid list of mistakes you’ve already made, or were going to make eventually. 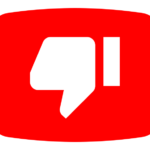 While I’m not yet old, today I am grumpy, and YouTube’s starting to annoy me: there are so many common mistakes in online video. Facebook’s algorithm pushes me a stream of unwanted garbage after every video I actually choose to see; TikTok is a colossal waste of everyone’s time, and even Meta knows that Instagram is bad for your mental health. While YouTube has its dark pits and poisoned rabbit holes, it’s large enough to offer thousands of solid videos worth your time, and even pay creators for theirs.

With the rush of fresh creators, there’s a flow of new ideas, new techniques, and new ways to communicate, and these have already changed the way we make videos online. But not every idea is a good one, and every new video creator discovers this in their own way, by making mistakes and bad videos. But you don’t have to blunder blindly, because I made a list of things to avoid.

While these things all annoy me, they may not annoy you. But be careful: you’re making videos for an audience, and I can say pretty safely that I’m not alone here. After all, the reason you should never use Comic Sans is not (just) because it’s a bad font, but because a large chunk of the audience can’t stand it, and will think less of you for using it.

All that said, every rule has its exception, and I’m sure you can find a counterpoint to everyone. Let’s get into it.

Not getting to the point immediately

If you dig through YouTube’s analytics, you’ll see that the vast majority of your audience has drifted away well before the end of the video. That’s OK — many of those people simply found your video wasn’t for them. But the number of videos that open with a casual introduction, then an animated logo, then ask me to like and subscribe before giving me a reason to do so… boggles the mind.

Open with a one-line summary, tell people quickly what the video covers, and then, if you have to, add some branding. Please.

For a fantastic example of how to get to the point quickly, check this out ⬇️

Jump cuts have become endemic on YouTube, but it’s a classic case of “just because you can, doesn’t mean you should”. If you can avoid jump cuts, do — and you should be able to. Plan and shoot some b-roll to cover your edits. Record a second take if there’s a mistake mid-sentence, or simply don’t include so many talking headshots. An edit isn’t a jump cut if we can’t see it.

A video that doesn’t have jump cuts (or at least not many) will appeal to a wider audience because it looks smoother and more professional. Of course, if you want to make jump cuts part of your style, go ahead, but you’re jettisoning some portion of your viewers on the way there.

Yes, you do need a tripod or some kind of stabilizer. Handheld footage is fine in small doses or for quick action, but not as the main camera, and especially not if you’re constantly moving.

Quality will go way down (handheld footage falls apart with YouTube compression) and you’ll even make some portion of your audience sick. Take a little longer, lock off your main camera, experiment with b-roll, and you’ll make more people happy.

You can’t please everyone, but if you only aim for “looks OK on a phone”, you’ll miss the mark. Instead, aim higher, using a better camera than average, with a separate microphone, with a tripod, and spend more time editing. You’ll get results that please people on phones and on larger, better screens with larger, better sound systems. Anyone with a 4K display or a Mac is sitting close enough to see the difference between HD and 4K, and many of these people are decision-makers worth impressing.

Note that aiming high isn’t just about image quality; it’s important to everything, including script, audio, graphics, editing; the lot. We are all fussy about our particular specialties, and — unless your content is pretty special — failing at any one area can be enough to lose part of your audience.

Using burned in subtitles rather than closed captions

Captions are great, and very important for accessibility, but not everyone wants to see them all the time. For anyone who can’t hear or chooses not to, they’re very important; for another chunk of your viewers, they’re an annoying distraction. You can make everyone happy, though!

If you burn the captions into the video (called Open Captions) then everyone sees them all the time, they’ll sit underneath the playback bar, and they are not searchable. Boo.

But if you provide captions in SRT format as a separate sidecar file (called Closed Captions) the user can choose to view them or not, they can be shown automatically on Facebook or Twitter while muted, and they’ll automatically move out of the way when the playback bar is shown. Talk your clients out of Open Captions and firmly into Closed Captions, and you will please more people.

One exception — not every platform supports Closed Captions. If (for your sins) you’re making videos for TikTok, burn away.

Not considering your audience

Always remember that you’re making a video for them, not for you, and you should talk about what they’re interested in, from their perspective, and tell them the information they came to find.

⬆️ If you want to (for some reason) compare Telsa floor mats, this is straight to the point, all the information you need, and little you don’t — search to find many videos that don’t nail it as this did.

If you’re an expert, it’s easy to lose perspective because you already know a lot about your subject, so remember to try to think like one of your viewers. Find the balance between too much information and not enough; be informative but don’t go off on too many tangents. Focus.

Telling rather than showing

While it’s easier to make money from YouTube ads than ads next to a written article, a talking head simply reading a script, or speaking their mind, makes for a lousy video. We have podcasts for voice, and we have articles for the written word.

To use the medium properly, demonstrate concepts whenever you can and show the things you’re talking about. Talking heads are boring, and you can do better.

Expecting a viral hit every time

If there was a magic formula for viral success, it would cease to work, because there aren’t enough eyeballs to watch all the videos out there. But that’s OK; most people just need to find the right audience, not a huge one. The YouTube algorithm is capricious, and the tactics that worked a few years back for today’s YouTube stars probably won’t work again today. A  few thousand views is actually pretty good for most people.

⬆️ Veritasium did a deep dive on what makes a video viral

Even if your thumbnails are heavily clicked on, the biggest YouTubers will continue to get millions of views, but most never will: make sure your clients understand that. Set expectations low, keep quality high, and be patiently consistent if you want to build an audience.

While you don’t need a long, flashy opening sequence, if you want to stand out and be memorable, avoid the default graphics and default fonts in whatever editing software you use. They’ve been seen many times, and you won’t have a unique voice if you don’t get creative.

To build consistent branding and an audience put in a little effort up front. Pick a good, non-standard font and use it consistently. Consider creating a logo. Design or buy a set of titles just a little different from what everyone else is using, then change them to use your font and colors. Keep it smooth and simple.

The opposite of boring, default titles and clichéd default transitions is a wild overuse of lens flares, fancy color correction and the craziest graphics. A few years ago, it was LUTs and slow-mo. Then light leaks. Then crazy in-camera transition moves.

Some of this stuff can be great, but if you’re distracting from the message, dial it back. You don’t have to chase every trend, and they’ll all eventually play themselves out.

Consistent, clean-ish audio is a baseline you have to meet. Get a lapel mic, keep it close to your mouth, re-record if a truck goes past, and you’re 95% there.

Figuring it out live on camera rather than planning

A video which distills the experience of a product is far more valuable than one which just shows first impressions. Don’t just shoot it all live and cut out the bad stuff — instead, first write a script or even a rough outline.

With a plan, you’ll be able to decouple your words from the vision, recording better b-roll (like close-ups) and then placing them at the right points of your video. I don’t need to watch your camera refocus, and I don’t need to see you make mistakes or figure anything out live on camera.

It might work, but it doesn’t bring respect. No matter how good your information is, if you present your work as “10 secrets you MUST know” or “You won’t BELIEVE what happened next” or “Camera X gets DESTROYED” then you’re a less credible source of information. By all means, tantalize your audience, but don’t push it too far.

If it didn’t work then people wouldn’t do it, but bad clickbaity thumbnails mislead the audience instead of informing them. You can do this well, or you can do this cheaply, and in the long run, it’s not sustainable.

Watch another Veritasium video on clickbait for more. ⬇️

Enough! I could go on, but I already feel ten years older, so I’ll leave it for now. (Actually, if you’re still stuck, I’ve got a book for you to read.)

If you don’t agree with some of these points, that’s fine: please tell me in the comments, like and subscribe, then make a long talking-head video about it, and — you won’t believe what happens next.

If you’ve just started working from home and feel a bit lost, then a new “Workflow From Home” series...