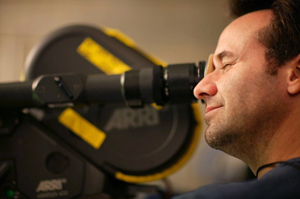 KMP’s Senior Vice President and General Manager Andrew Hanges explains, “It became apparent to us as we worked on a number of high-profile shows over the past television season that there was a clear need to streamline the VFX process for our customers. We are thrilled to have Peter join our team, and effectively integrate quality effects as part of our service pipeline. He is an extremely talented, proficient and distinguished visual effects expert poised to lead our growth in this area.”

Vazquez has earned credits as a visual effects supervisor and cinematographer. Since 2007, he has worked on such television series as Eli Stone, Grey’s Anatomy and Las Vegas, and created main titles for Dancing with the Stars and The Bold and the Beautiful. Previously, he spent over a dozen years as a VFX supervisor at Stargate Studios, in addition to shooting visual effects, miniatures, models, blue/green screen and motion control. His visual effects cinematography credits include CSI: Crime Scene Investigation and CSI: Miami, for which he was part of the team that created the point-of-view shots that take audiences into the bodies of cadavers.

Vazquez says, “I look forward to building a strong pipeline for episodic VFX at KMP. It’s a great facility with an outstanding roster of shows and in-house talent. The plans we are putting into place will make the facility an even more powerful option for producers and creatives. Now, we can take a project from script breakdown and pre-production to post and finishing with the most efficient turnaround, and deliver a high quality product.”

In addition to his expertise as a VFX supervisor, Vazquez is a member of the International Cinematographers Guild (ICG) with hands-on production knowledge encompassing every camera currently on the market, an important asset in the ongoing evolution of production, visual effects and post.

KMP’s Senior Vice President Tim Kelly adds, “At KMP, we believe that our customers will benefit from a true end-to-end process. Peter Vazquez’s experience as an accomplished cinematographer and highly knowledgeable VFX supervisor is crucial for today’s digital workflows. His skillset elevates our capabilities and we are delighted to have him on board.”

About Keep Me Posted