Initially considered a mistake, vertical video transformed into a trend and even a tool used in everything from journalism to advertising. Time to look at some – more – tools, tips and creative solutions available for vertical shooters. 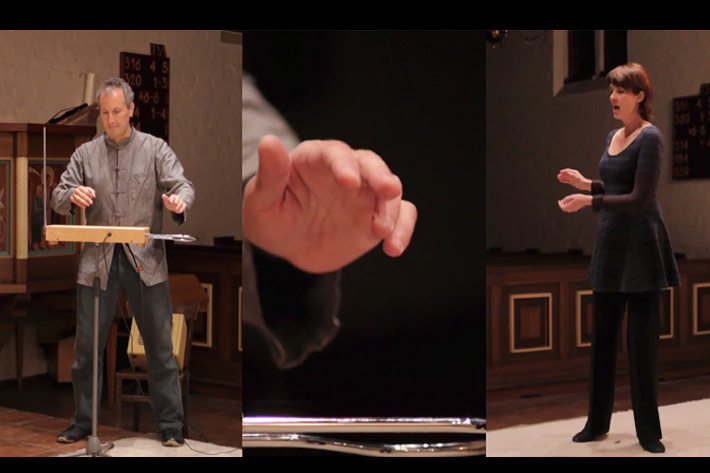 From a free plugin for Final Cut Pro to a tutorial on Premiere Pro, this article aims to help users to explore vertical video, with tips, tools and even some projects and ideas that can take your vertical video syndrome to new heights.

Previously, I published here at ProVideo Coalition two articles about vertical video, Vertical video: a video editing solution for smartphone users, and Vertical video: new opportunities for filmmakers. This article points to some information available to those who want to explore the format, and also shares – some – tools available, ending with some creative solutions that I find interesting and may help you to explore further than simply “going vertical”. Let’s start with the tips, served with links to websites where you can find tutorials that take you through the steps to produce vertical video.

Shooting footage with a smartphone is the most common reason why one shoots vertical videos. Regardless of the fact that many say it is a mistake, it is a reality. For all those who, having done so, want to edit the footage, there are multiple tutorials online about the process, as it became – more – common. I picked one to share here: Creative Ways To Make Vertical iPhone Video Landscape In Premiere Pro. The tutorial applies to any smartphone and not just the iPhone, so feel free to browse through it in order to get the most of your footage. 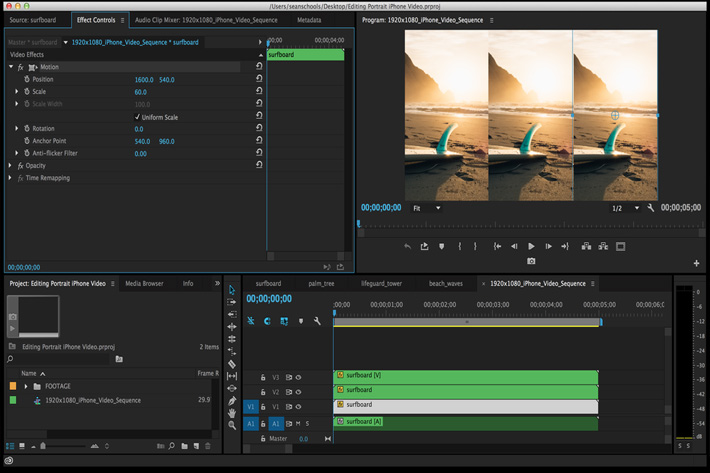 The author considers that soon or later it will happen. “If you are a video editor for any considerable amount of time, sooner or later, you will be asked to edit vertical iPhone video”, and shares with the readers a few creative ways of converting 1080×1920 (9:16) video to landscape in Premiere Pro.

For those who work with Final Cut Pro X, there is a tool that will make for an easier editing of vertical videos. Launched December 2016, it was considered a “Christmas gift” by some users, as it solved a problem many were having. The free plugin launched by Ripple Training does some magic to your vertical videos, by allowing you to change background position and scale, add a tint to the background, choose a custom background and add edge feathering to the image, things that in the end will make vertical videos look good.

The RT Vertical Video plugin was created by Steve Martin and Mark Spencer. Steve Martin is the creative force behind Ripple Training and has been using and teaching Final Cut Pro since 1999. Since Final Cut Pro’s introduction, he has introduced thousands of people to Final Cut Pro through his classes, workshops and training products. He has consulted and/or trained for Apple, Adobe, Disney, Canon, Walmart and other companies. He is also a writer, producer and avid photographer.

Mark Spencer, the other name behind the RT Vertical Video, is a freelance producer, editor, motion graphics artist, trainer and writer based in the Bay Area. He produces tutorials and plugins based on Final Cut Pro X and Motion for Ripple Training. His company Day Street Productions is a production and post studio focused on corporate and industrial video. He is the author and co-author of multiple books on Motion and Final Cut Pro X from Peachpit Press and has written for print and online publications including DV Magazine, ProVideo Coalition and kenstone.net.

The RT Vertical Video plugin requires Final Cut Pro 10.3. If you’ve it, you’re in for a whole new way to deal with any vertical footage that comes your way. Because, independently of whether you think it is right or wrong, sooner or later you’ll have to deal with some vertical footage!

Conversely, if the whole theme of vertical video interests you, a good source of information is, no doubt, the website for the Vertical Video Festival, a regular event mentioned in my previous article. Published in January this year by Adam Sébire, the Festival’s Co-Director, the article Techniques for planning, shooting, editing & PLAYING vertical video gives readers a complete overview of the different aspects related to the production of vertical video, pointing to different external links that expand on the author’s words.

From how to mount a camera sideways on a tripod to shot composition, subject matter, editing and projecting to a final section where sound is mentioned as utterly important, and essential tips are presented for those “fifty percent of the movie-going experience”, the guide at the Vertical Video Festival will get you on the right track if you want to try a different vision of the world. 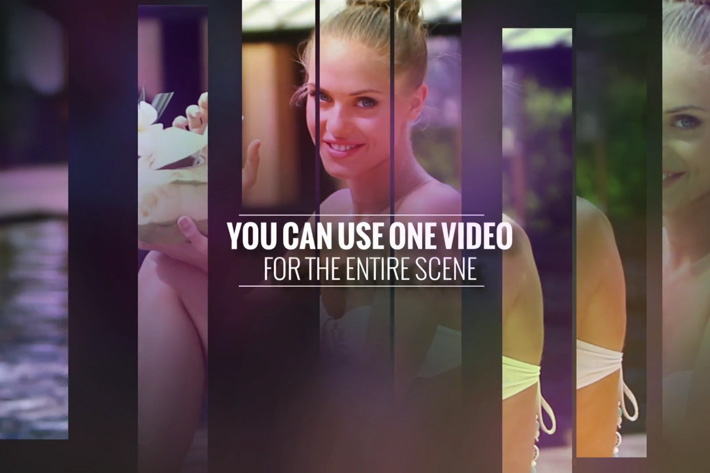 Vertical video may not be about to conquer the world, nevertheless it should be accepted as a viable way to explore the frame we tend to place horizontally, when it comes to video. It is true that many vertical videos do nothing to move the “format” forward and it is also true that most times the solution found to display those videos is to use a background image, blurred, animated, mostly as a complement. It’s interesting, though, to find authors that have explored vertical video in different ways, so it fits within the landscape format we’re used to seeing. Suddenly, it is not longer a vertical sliced image in the middle of a landscape frame you’ve, but three windows telling you a story.

While browsing for different approaches to vertical video I came across one that really impressed me and that I think deserves to be mentioned, and probably explored by other authors. One example of another perspective in the use of vertical video, the “My 1st Triptych-video” from Andrew Levine was published back in May 2014. It’s a montage of a free improvisation with the duo mandel_evine — Anna Mandel (Vocal) & Andrew Levine (Theremin) — at Maria Magdalenen, Hamburg (Klein Borstel).

The final video, with three vertical videos side by side, creates an interesting composite view of the action. While the fact that it covers the action of two performers allows for adequate framing solutions, I feel that this works as if we’re watching a multi-cam transmission. It is, no doubt, a solution that can be adopted for other types of work and creates a new perspective of the action, allowing for a “triptych-style” narrative.

The example above is not the only one available online. While I found some more, I decided to use the one posted by Andrew Levine, as it works rather well to show the potential of vertical video for telling a story, or even show a concert. But the exploration of vertical video in a landscape format world does not stop there, and can take a more artistic approach in the use of vertical slices.

The video created by Nika Khanjani and available on Vimeo, under the title Vertical Slices, is a good example of the creative liberty you’ve. The author says that the work published is “a video sketch entirely shot and edited on the Adirondack from Montreal to NYC”, using iPhone 4s, KitCam and FCP X, except for the shot of the bonfire, which is from Iceland. Again, we’re faced, as with Andrew Levine, with a single experiment.

The interest in vertical video can extend to the production of commercial products as the Vertical Cinematic Slideshow Opener After Effects template, developed by FluxVFX in 2015. The Vertical Cinematic Opener is a multi-purpose animation to be used in video production. With 78 Placeholders for Photos or Videos, 25 Text Placeholders,  Main Title Opening Scene,  10 Animated Scenes and other features controllable by the user, the template makes it easy to create an elegant slideshow or opening credits video. Use different videos in each placeholder or use the same video to create a unique look. The file has a modular structure so you can re-edit and rearrange all the entire project.

Presented as a multi-purpose template which is perfect for all kinds of productions – awards, corporate videos, film credits, film opening titles, wedding videos and much more, the Vertical Cinematic Slideshow Opener After Effects template costs $33. It is yet another example that vertical video is here to stay.