Good things come … in trios, according to Vazen. After a three-lens set for Micro Four Thirds, the company is building a new anamorphic trio, now for full frame. Here is the new 50mm T2.1. 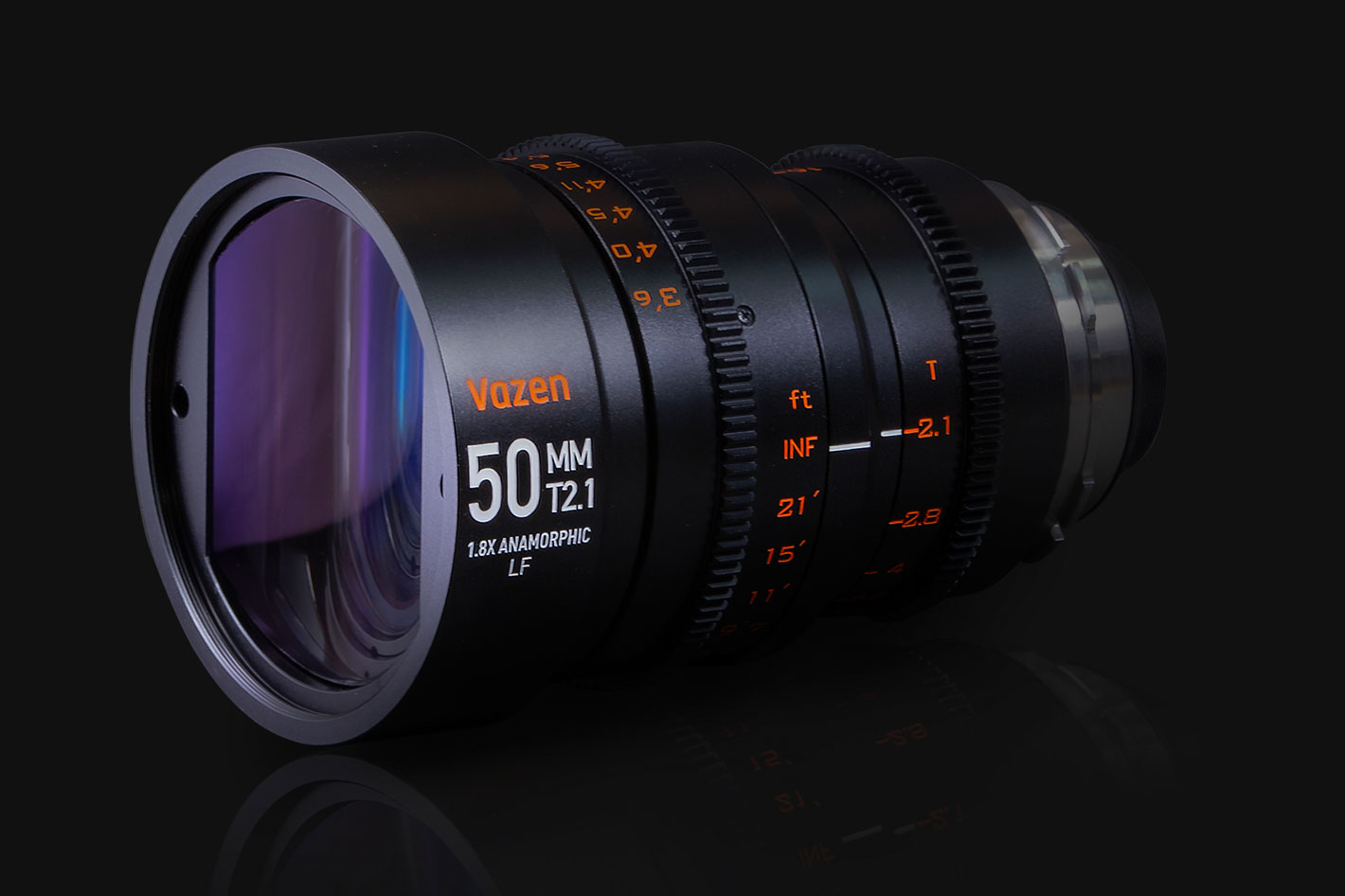 One more note that may be of interest if you’re a user of Canon EOS R mirrorless cameras: the kit introduced for Micro Four Thirds is also available, according to Vazen, with Canon RF mount, if you want to explore this anamorphic solution with a full frame sensor. 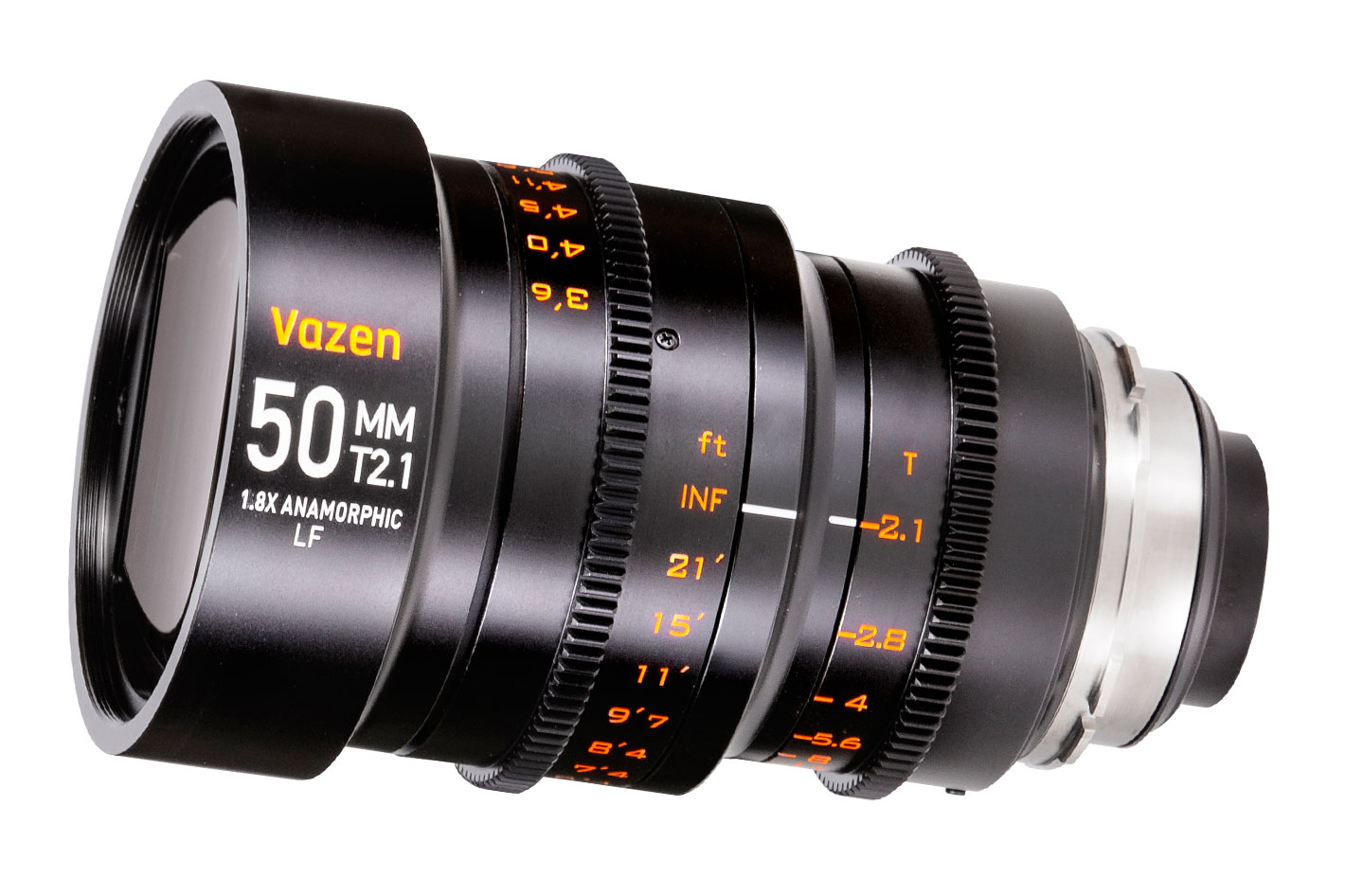 The new Vazen 50mm T2.1 is designed to cover large format cinema cameras like Red Monstro, Alexa LF, Kinefinity Mavo LF and Z-CAM E2-F8 fully. The lens features a super compact and lightweight design. Weighing merely 3.42 pounds (1.55kg) and 5.24” long (13.3cm), it is one of the world’s smallest 1.8x anamorphic lens for full frame cameras. Its compactness allows it to be balanced on gimbals and rigs very easily, says Vazen.

The 50mm has the same focus and aperture position as the 85mm for easy lens switching on set. And a consistent 86mm front filter thread is handy for ND filters or diopters installation. The front diameter is a standard 95mm for matte box mounting. The entire lens is built up of aluminum and the independent aperture and focus rings are incorporated with 0.8 mod cine gears. The lens is available in an interchangeable PL and EF mount. Both mounts and shims can be found with the lens in a Vazen hard case.

All Vazen 1.8x anamorphic lenses feature a front anamorphic design. It delivers a buttery smooth oval bokeh, signature blue, but not over saturated, horizontal flare and the widescreen cinematic look. The lens also features an ultra-wide 65° horizontal field of view (similar to a 28mm spherical lens) and the closest focusing distance is 3.6” from sensor. 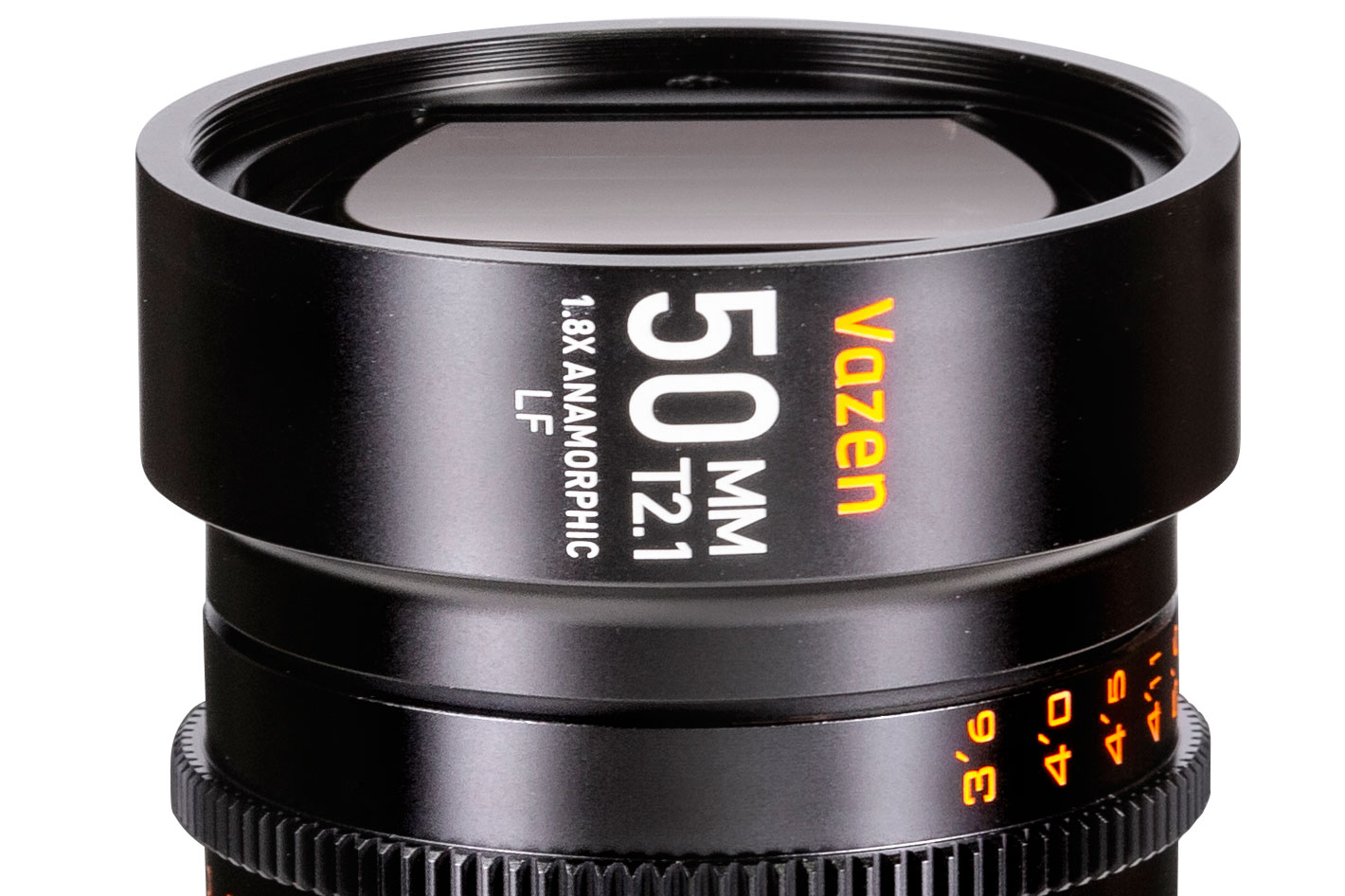 The lens, Vazen claims, delivers “outstanding sharpness, even at wide open, which is unparalleled by other PL/EF anamorphic lenses with the similar squeeze ratio. Vazen chose to adopt a 1.8x squeeze design to balance the anamorphic characters as well as the resolution of the image. The 1.8x squeeze can produce a cinematic widescreen 2.39:1 aspect when paired up with 4:3 sensors. When paired up with 16:9 sensors, much less data (than 2X anamorphic lens) is needed to be cropped away to create the desired 2.39:1 ratio.

The lens is currently available to order from authorized resellers and from Vazen website. It is available to ship in late August. Free Priority shipping provided. The retail price in US is USD 8,000/pc. A $2,000 discount will be offered for a 2-lens (50 + 85) purchase.

Who doesn’t love the look of an anamorphic lens? Anamorphic lenses offer interesting image characteristics and, traditionally, can be...

Vazen, a new Chinese cinema lens brand, has unveiled the 85mm T2.8 1.8X anamorphic lens, one of the lightest...