They say the hardest transition to make in the TV/Film industry is from Unscripted to Scripted. And you’re telling me this now?? Oh well, I guess if anyone had tried telling me that many years ago, I’d never have believed them anyway. I was so excited to pick up a camera and start making films straight out of the NYU School of Continuing Ed Intensive program, I would have been happy filming logs (and I did!). 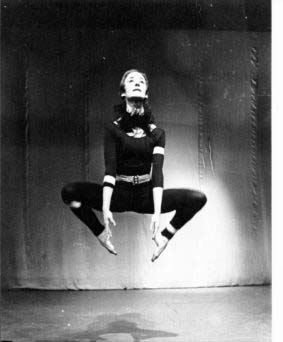 Storytelling was storytelling to me, whether as a choreographer or filmmaker, and even though my training was in narrative fiction, there was no way for me to break into the biz as a mom of a 3 yr.-old living in New Haven, CT. with no film community around me. Even if there was one, I don’t think anyone would have taken a chance on an older dancer with no professional film experience, and a kid at home to take care of.

So when an opportunity came up to volunteer with a documentary crew from NYC that happened to be filming in New Haven with the Salt and Pepper Gospel Choir (who I had produced in several large street festivals), I didn’t walk to the job, I ran. 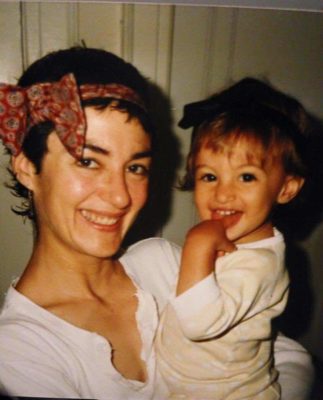 From the moment I saw the doc crew rush down a crowded hallway thrusting a camera and sound boom in front of someone’s face and start asking questions, I was entranced! The focus, the excitement, the drama! Who knew what was going to happen next? I worked for the next several weeks on Gary Key’s documentary, Not Just Good Time Sunday and 9 months later his “baby” was born and he asked me to accompany him to the Cannes Film Festival to help with marketing. My Canadian high school French paid off and I had another incredible, skill-building adventure. 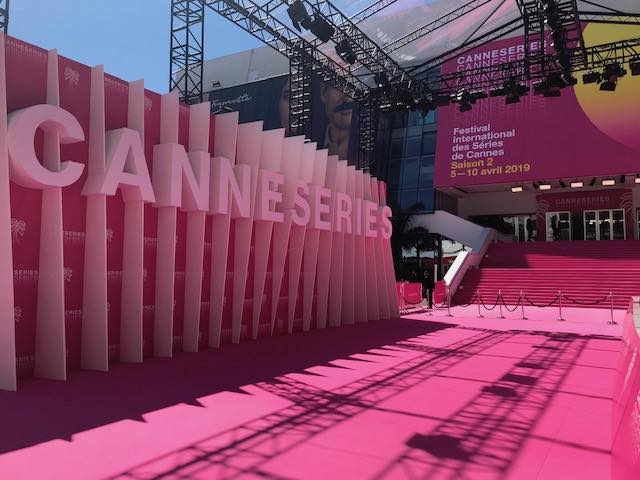 Even though I came from theater and choreography and had been writing screenplays ever since my NYU SCE short drama, IN A CLOSED ROOM, began winning awards, there was something so intoxicating about not knowing what was going to happen next that drew me to this amazing art form called documentaries. To me it was still storytelling, simply done in a different way (more about that later) and besides, I learned a ton about the craft and the business by volunteering for very skilled professionals making a wonderful film. And indeed, I got to go to the Cannes Film Festival… 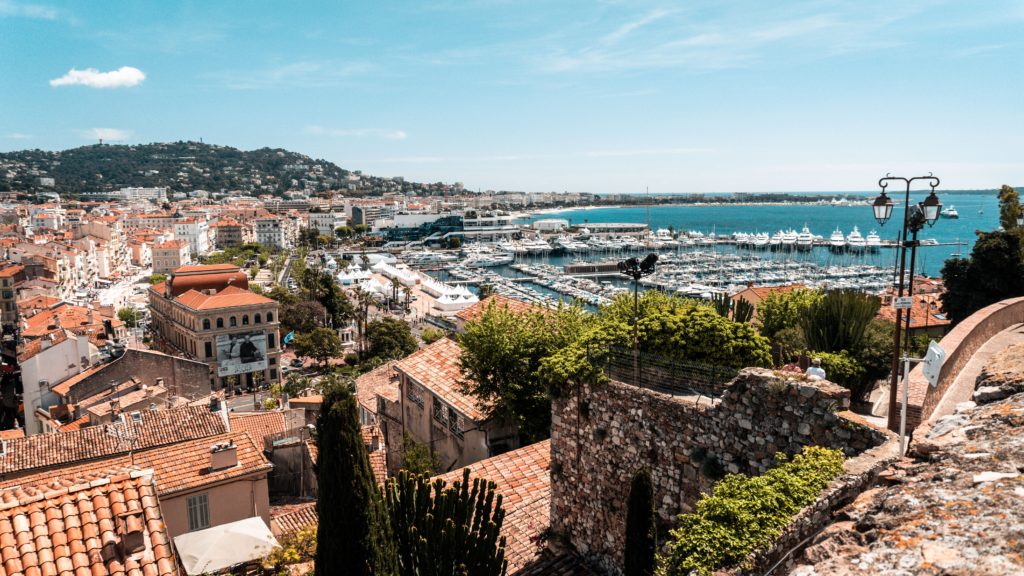 To Film or Not to Film, that is the question 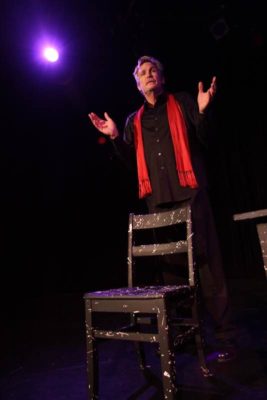 Raising a kid during a Recession was no easy feat and my job as a dance teacher and programming director of street festivals certainly kept me busy enough. But something kept driving me forward to make films of my own. I never stopped writing dramas but in those days it was impossible to find funding for indie films and I realized the only way I could make a film was by getting a camera and starting to make my own documentaries. I went on the road with the late Connecticut choreographer, Paul Hall to the 6th International Conference for Blacks in Dance in Dallas, TX and made PAUL’S PIECE OF SKY about the internal workings of a struggling young dance company and also co-directed INTIMACIES about Michael Kearns, Hollywood’s first openly gay, HIV+ actor. Both films received excellent reviews (INTIMACIES won the Audience Vote: Palm Springs Int’l Film Festival) and both were broadcast on local PBS affiliates.

The successes of these films started to get attention and when we moved to Vancouver, I broke into the industry by working on motion simulator ride films like the MARS RIDE for Simex as well as films and mini-docs for the Pacific Space Centre. And I got to work with NASA footage! I also had a remarkable experience producing and directing installation documentaries for the King Abdul Azziz Historical Museum in Saudi Arabia. Fantastic! Still not fiction but full of discovery and wonder! 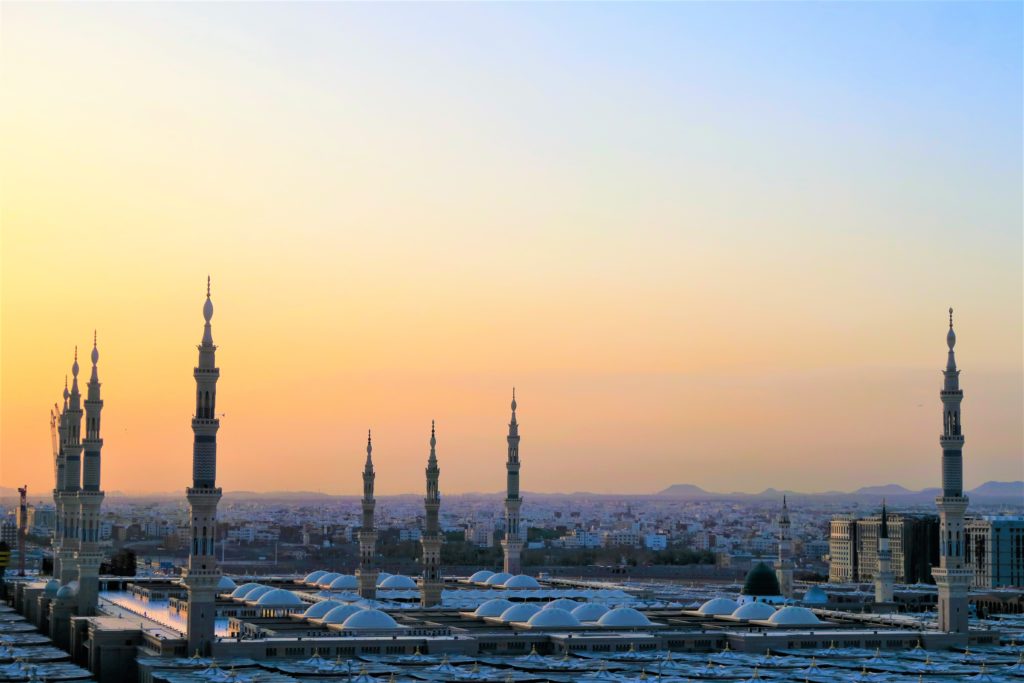 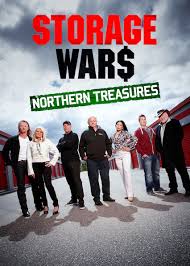 Eventually, this all led to a career in unscripted television and travel around the world. The early days of Reality TV were actually documentaries told in entertaining ways. For me, it was fun to work in an evolving new genre while honing my skills, and I had finally found a way to make a living (though sporadic) telling stories on the small screen.

You’d be amazed how challenging it is to write/produce/or direct over 15 fresh and successful TV series on houses that won’t sell, parenting wild teens, re-designing horrible homes, gawking at abandoned storage lockers, reducing out of control debt, getting woebegone weddings on track, or watching daredevil northern truckers keep from falling through the ice. Great stories? You bet.

And…you guessed it, I never stopped writing drama with the dream of creating narrative projects of my own as well as working on other producers’ shows. I kept knocking on every door, attending markets, pitching, pitching, pitching, hoping one day someone would open the door to the hallowed halls of episodic TV directing or feature film funding and give me a shot. Nope. Niet. Nein. The door was firmly shut. 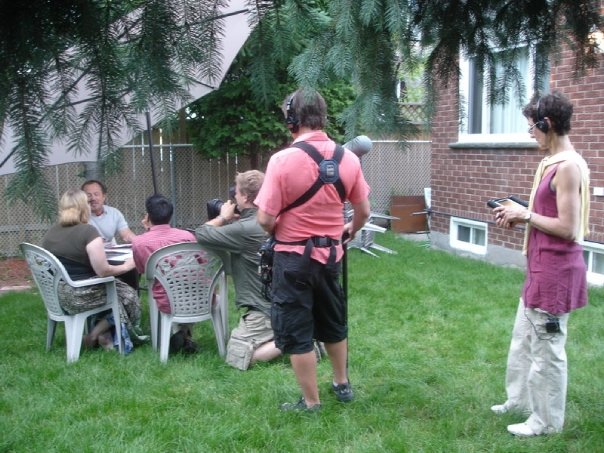 To keep my drama-directing dream alive, I attended Canada’s acclaimed Women in the Director’s Chair program, developed by Carol Whiteman long before it became popular to hire women in the field. There I finally found out what it was like to work at a professional level with scripts, actors, and top-level crews. And on a set too! Omigod, you mean I can remove parts of walls in order to get a difficult shot?? Not exactly like standing in shower stalls with camera and sound guys while home designers mock the inside of bathrooms before they tear them apart and redesign them. I was in heaven.

While continuing to work in unscripted television, I made a short drama (MY FATHER, JOE based on a short story by Jack Engelhard from Escape from Mt. Moriah), a dance film, and continued to make my own documentaries. All became award winners. 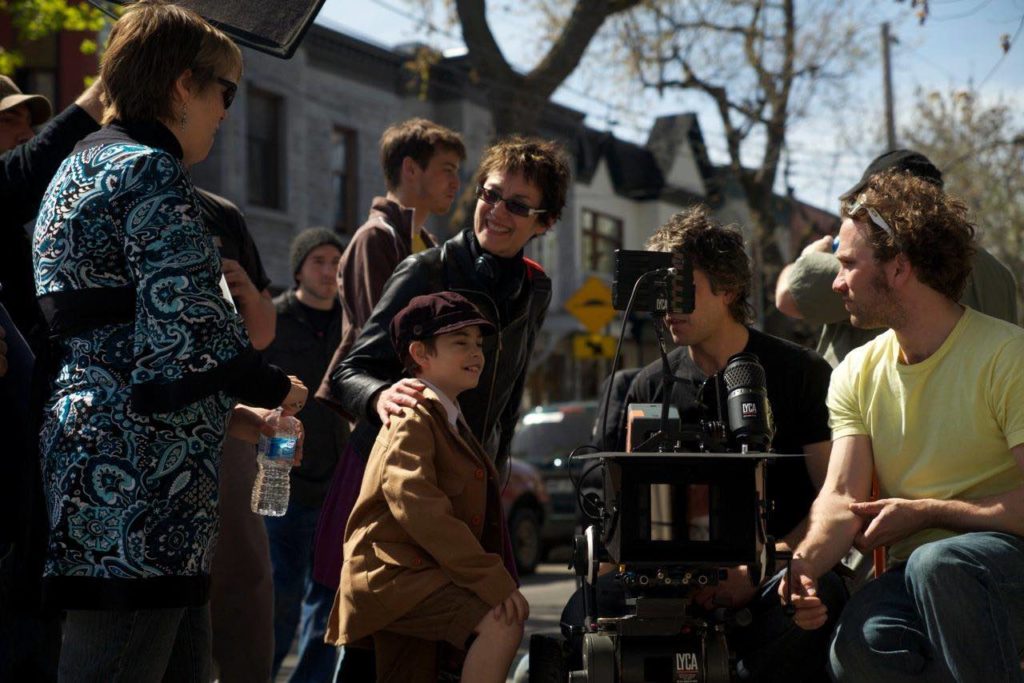 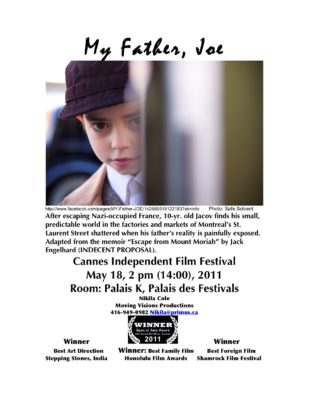 By then I included my 11 yr. old daughter, Sarah in the journey as we traveled the globe together making WANDERINGS: A JOURNEY TO CONNECT about strange and unusual Jewish communities in the diaspora.

Differences in the Two Spaces

I loved and appreciated what I was able to do in unscripted TV and thought of it as Picasso doodling. The master painter brought his genius to quickly draw sketches that were fast, furious, and fabulous. I aspired to his example as the crew and I blew our way through season after season of ever-popular shows.

Drama was another story. If unscripted TV was aligned with Picasso doodling furiously, then I began to equate drama as finally being able to work in oil painting. From writing through pre-production, production, and editing, I was able to take a little more time to develop character, plot, story, depth, and scope. I could actually plan my shots and know that if I needed to, I could sometimes get more than two takes for a shot. Non-actors drain very easily – but there are techniques for working with them which I’ll go into in the following articles. Meanwhile, I kept working on my feature and pilot screenplays. 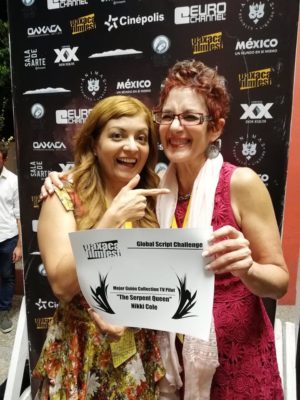 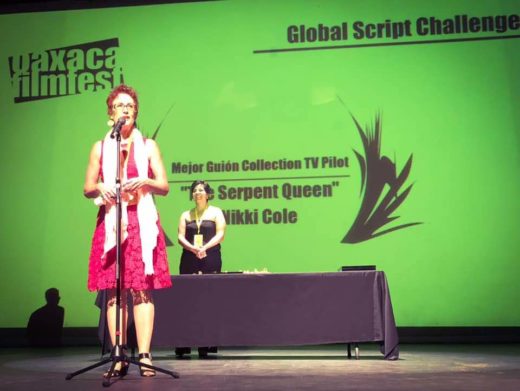 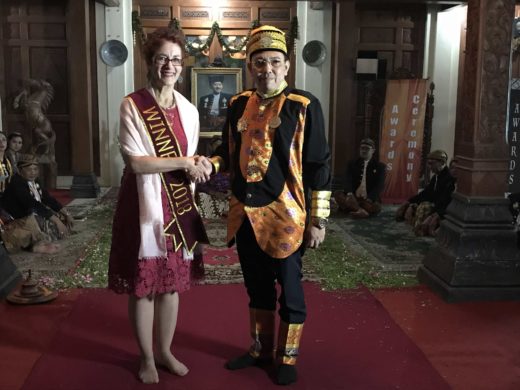 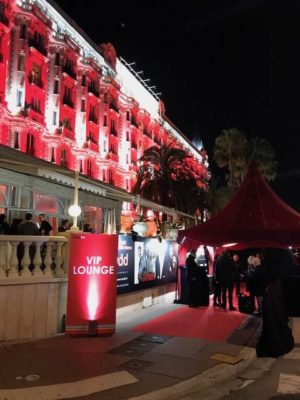 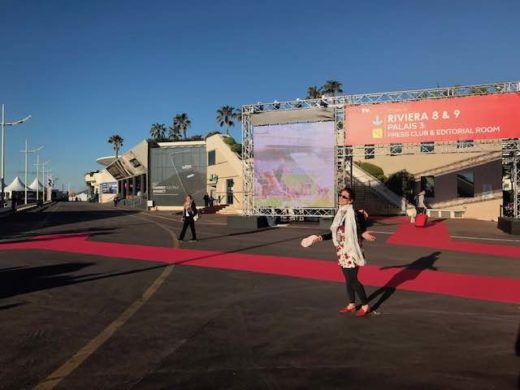 The screenplays began placing well or winning awards (Oaxaca, Jogja, Indonesia, Fresh Voices, LA, TIFF), and this year I was selected as one of 20 worldwide “Producers to Watch” at MIPTV in Cannes. I kept making my own scripted films, and I finally landed a gig directing two episodes of a multi-cam scripted television series, THE NEXT STEP. My screenplays are going into development with various partners. I’m excited and hopeful this next phase of my career will continue to evolve. In the meantime, I’m very happy to pass on some of the ways I’ve found the scripted and unscripted worlds intersect, where they have similarities, and where they diverge. Though the language and jargon can be very different, I’ve learned I can bring skills from one medium to the other, and that I actually have a lot of these skills in my toolbox. I wouldn’t have them without having  such a full background in Unscripted and Documentaries. I continue to make documentaries, many of them in Africa. I work with a village in Eastern Kenya where I am documenting the villagers over time as their lives evolve with education and the use of solar cookers. www.tonembee.com. 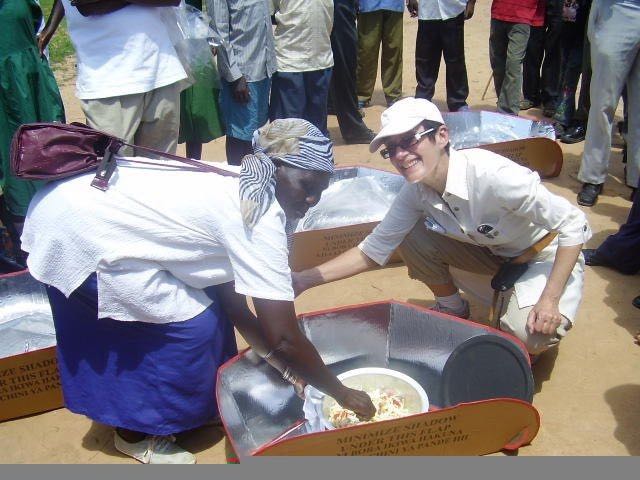