The newest mirrorless camera from Canon is a departure from the EOS M series format and a clear assumption of one thing: the triumph of the SLR shape, with a hump and all the rest. Everybody is going back to using it. 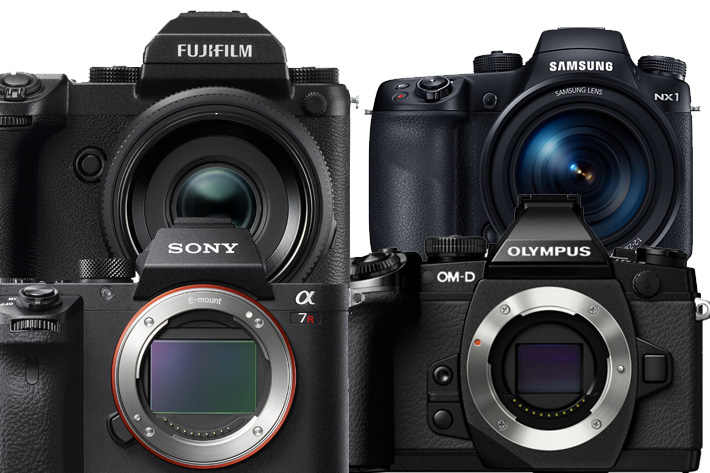 It’s ironic that the shape so many said was outdated is the one that prevails, after different camera makers have tried to create different moulds for their models. Initially a SLR, the modern day DSLR continues to be actual.

Different shapes of bridge-cameras, MFT and others have come and gone, but the SLR shape seems to be eternal, although many have tried to “kill” it, time after time. In the modern digital age Olympus started the trend, apparently, with their first Micro Four Thirds cameras, in 2008. With that new family Olympus wanted to get rid of the hump on top of DSLRs. I keep saying to myself Olympus did that because they were in a bad mood as no one cared, really cared, about their universal standard Four Thirds. 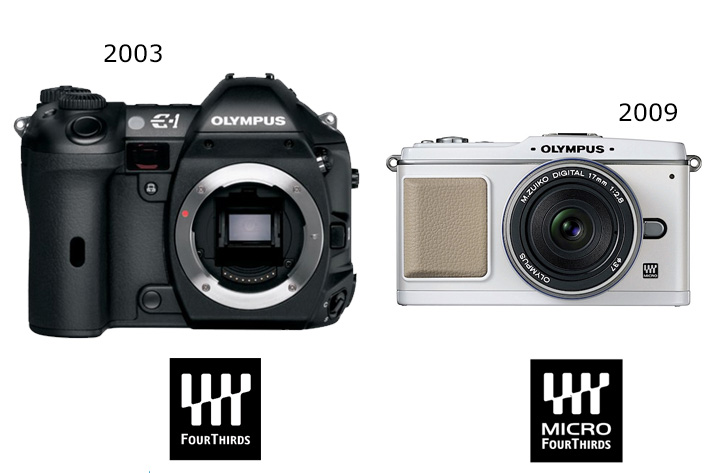 Four Thirds was a DSLR system, and Olympus presented it, in 2002, as “the ideal digital SLR system”. They expected everyone to follow their concept, change to the universal bayonet and “let’s live happily together, forever”. Although some companies signed under, no one really took it seriously, it seems, and names like Canon, Nikon or Minolta/Sony, which have their own lens bayonet mount, would never give up on their investment and logic to follow Olympus dream. After all, Olympus had been away from the DSLR train for years, since AF took over.

Olympus created a dozen models of the Four Thirds system, all DSLRs, all discontinued. Actually, there are only three cameras, all DSLRs, for the Four Thirds system still pointed as not discontinued: the E-5 from Olympus, announced as “New Top of the Line Digital SLR From Olympus”, the Panasonic DMC-L10, presented as “A Whole New View and Exciting New Digital SLR Possibilities”, and the Leica DIGILUX 3, looking as a rangefinder but really, an “eye-level single lens reflex viewfinder, using a porro mirror”.

Four Thirds, which was an open standard, never took off, really, so, in 2008, Olympus created the Micro Four Thirds, not an open standard but a specification that could be licensed to third parties. And in creating it they write that “it hasn’t been long since the first digital SLR camera was introduced to the market. However, the restrictions imposed by having to look into a viewfinder and the limitations on size/weight reduction have led to the need for a new breed of SLR camera – one that is smaller, leaner, and easier to use. This has led to support for Live View shooting and rising demand for high-performance compact machines. In consideration of these new trends in the market, the Micro Four Thirds specification was developed and standardized to provide a basis for an interchangeable-lens type camera system that would expand the potential of digital photography and make it more accessible to more users.” 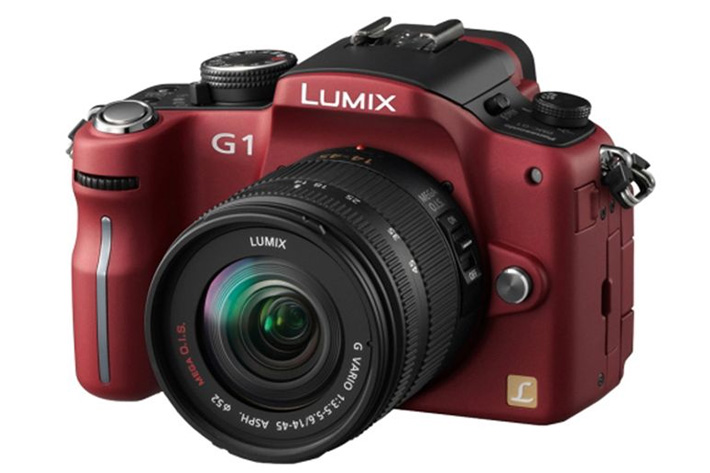 The Panasonic Lumix DMC-G1, from 2008, was the first digital mirrorless interchangeable-lens camera (MILC) adhering to the Micro Four Thirds system design standard. I bought one when it came out and it keeps working even today, offering good results. Altough the mirrorbox is gone and an electronic viewfinder appears in its place, the hump from DSLRs is still present, hiding a small flash, as it does in many real DSLRs.

It’s interesting to see that Panasonic keeps the DSLR-like shape in their G and GH lines, because early MFT models from Olympus radically cut with the traditional shape of DSLR, as if Olympus wants or wanted to cut any connections with a mould that was, nonetheless part of their success story for many decades.  Olympus seems, at the time, to believe that the future is going to be completely Live View, and most of their early cameras do not even have an electronic viewfinder. It’s rather interesting to see that although they talk about slim and compact camera models, they soon introduce optional external electronic viewfinders that create a huge, ugly hump on their cameras…

Olympus continued to suggest, even through their advertising, that the DSLR era is gone, but the truth is that they returned to the DSLR shape when they introduced their E-M5 model, in 2012. It took Olympus four years to assume that they needed to have an internal viewfinder in their cameras, and when they decide to do so, they go for a camera shape that reminds us of their old OM series, with the mirrorbox hump and everything else. If it wasn’t for their fixation on having slim cameras, they could have used something different, maybe a design similar to the porro mirror used in the Four Thirds model Leica DIGILUX 3, and previously in models like the fantastic Minolta Vectis  from 1996, or the…  Four Thirds Olympus E-330 from 2006, the first model to explore the option of Live View.

Or maybe, after all, Olympus decided to go for a DSLR-like body because… that’s what many people want. That may well be the reason why we see Fujifilm X-series following the SLR-shape, why Panasonic has, wisely, always kept a SLR-like look in two of its lines of cameras, and other brands, like the now extinct Samsung camera area, kept some SLR-like cameras in their catalog.

Looking at what the market has now on offer, we find that a top of the line camera like the Olympus OMD EM1 Mark II, not only looks like a SLR, but has evolved from the box style of early models – when Olympus wanted to “kill” DSLRs –  to the contoured grip that back in the 90’s was deemed as the most ergonomic shape for cameras… and is still present nowadays in classic DSLRs from Canon or Nikon. Interesting… 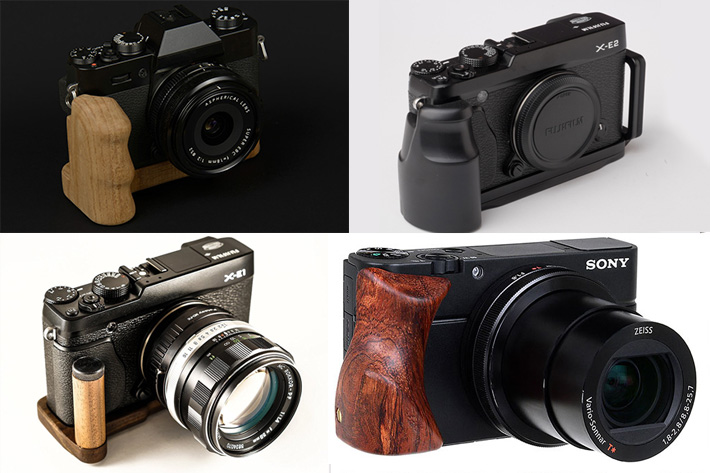 Other models just arrived that follow the SLR-style are the Fujifilm GFX medium-format camera, or the Sony A99 II, which is an SLT and not a DSLR. The Sony Alfa family is also SLR-style. And in some cases we see that either directly in the camera body or through accessories like hand-grips, the box shape gains rounded forms that look very much like…most of the modern SLRs and DSLRs in the market. Isn’t fashion a strange thing?