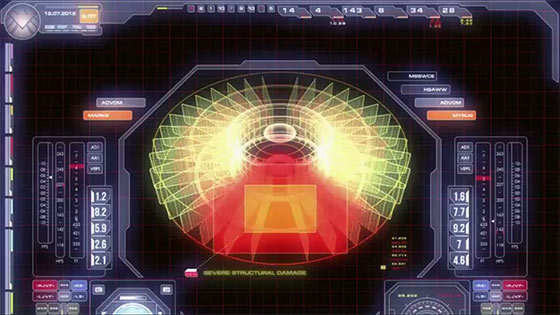 Layer Library, by Kevin Schires, is a new script from AE Scripts that helps “automate workflow by saving groups of layers as presets. Then let Layer Library create them all for you, along with their effects, masks, markers, keyframes, expressions…”

Chris Meyer noted that Adobe Media Encoder does allow dragging an item from AE’s Render Queue into AME’s queue, though you can drag a comp from the Project panel in AE to AME. And you can’t load AE templates: “AME renders using Current Settings (aside from a chance to toggle Guide Layer treatment)… you’ll have to dive into AME’s interface to reconstruct the Output Module settings you desire.” Chris recommends looking at thorough posts AE engineer Tim Kurkoski (and 2). For video intros, see Adobe After Effects CS6: Learn by Video and Premiere Pro CS6: New Features Workshop by Todd Kopriva; here’s an excerpt:

In Episode 21: The Kurosawa Suite of the “Ruining it For Everyone” podcast is a chat with Mark Christiansen (@flowseeker) about his new book (Adobe After Effects CS6 Visual Effects and Compositing Studio Techniques), After Effects, his new Cinefex App for iPad, and life after “The Ranch.” Tidbit: Mark and Stu Maschwitz traded 500 e-mails for the 1st edition of the book.

You can Save and back up projects in After Effects CS5.5 and After Effects CS6 to previous versions. The pt_OpenSesame also brings backwards compatibility to After Effects, exporting projects that can be opened in any version from CS3 or later. See also, qp_Version Snapshot, a script that saves & restores AE projects with more functionality than Increment and Save. For more on the native Save feature, see Saving Backward for After Effects CS5 by Todd Kopriva and AE CS5.5: Save Project as After Effects CS5 by Chris and Trish Meyer below:

Michele Yamazaki of Toolfarm asks Todd Kopriva of Adobe, When will Adobe Photoshop, Lightroom and After Effects will support the MacBook Retina Display? See also her earlier Plug-in Q&A: An In-Depth Look at Software Waveform Monitor & Vectorscope Plug-ins for After Effects.

Danny Princz ([email protected]) says “CC Repetile is your friend. Dont forget that when you need to extend something a few pixels to cover an edge. Just unfold it!” The MotionTile and Offset effects are also useful. A few years ago, Alan Shisko shared Tiling Strategies In The 21st Century in a video on PVC, and Eran Stern showed off this bundled plug-in in More Of The Same Thing – Part 3 (in a series of 5 on how to duplicate elements):

Lester Banks noted AE Control Sneak Peek from Julian Herrera, “a glimpse at AE Control going over its (few) features, a look at the code and what it’s all about.” It’s a Windows-only package that requires advanced setup for facility use, leveraging HTLM5, CSS and Javascript, and is still in Alpha.

Write On Effect from James Zanoni  takes you “through using the ‘Write On’ effect in After Effects to reveal strokes and elements, allowing you to create growth and drawn on effects.” Not long ago, Jorrit Schulte showed how to Create A Realistic Handwritten “Write-on” Using Expressions, and Dan Stevers shared Write-On Magic, which complements the approaches in the Zanoni tutorial.

Shane Hurlbut and company’s work on Acts of Valor used Dark Energy, and Dark Energy For After Effects now supports full 2K raster images. The scenes in the dark were treated by this Windows-only tool, which stripped 5D compression off the footage and layered on 35mm grain. Here’s a tutorial from Dark Energy on the “Anti-Matter Module – Understanding High Quality Denoising:”

Mettle and others are sponsoring a Man of Steel & Style – Superman 3D Logo Design Challenge. This follows the 3D Morphing Logo in After Effects – Superman Tutorial from Maltaannon and a Superman logo project gallery from Mettle. Even Mamoworld is getting into the act with their own tutorial, Superman Logo, extending some recent techniques. Here’s Mamoworld and the contest intro from Mettle:

Todd Kopriva reminded us that Satya Meka made Create an Ethereal Morphing Letter Canvas, a “great video” on using the Radio Waves filter built into After Effects to control Autotraced text masks. Satya posted further thoughts on it in The Secret Menu of Radio Waves in After Effects at his blog Gutsblow. For fun, see his Elegant Concentric Circles Animation and tutorial too.

At Computer Arts, Christopher Kenworthy shows how to Generate a realistic heat haze in After Effects CS6 using displacement and variable-width mask feathering.

Jan Mika has a tutorial and project with example motions for hand-held cameras with different lenses, Real Wiggle. It’s the last of 8 in a set of beginner tutorials.

Iyke Ramah Chukwu of SpliceNPost discusses Conforming and Finishing A Film in After Effects in the video below; he has other video tutorials too. For previous efforts, see ‘The Social Network‘ conformed with After Effects. and Conforming and Compositing ‘The Girl with the Dragon Tattoo‘ (more from Adobe and Michael Cioni).

Here’s Laurence Grayson of Shortformvideo in The best keyboard shortcuts you (probably) don’t use, which is seems like a primer for Chris Zwar on After Effects features that most people don’t seem to notice.

Dean Velez has resurfaced from some pixel benders with tutorials and such on Motion Graphics Lab. Here’s an example:

Everyone suffers from Jedi Mind Tricks by our favorite apps, and there’s a few more screenshots of error messages at the Mograph Wiki. Just for us, Mylenium has resurrected his After Effects Error Code Database; be sure to see the Introduction. Todd Kopriva has several related tips, including this: “Search for the word ‘error’ plus the error code surrounded by double quotation marks, like this search for the error code 7 :: 66. Implicit in this tip is that you should be using the After Effects Community Help search to do your search.”

Here’s an old video tip from AE’s Tim Kurkoski (and Premiere Pro User Group’s Blip.tv) on how you can add a Console Log to see what After Effects is doing under the hood (put an empty text file called After Effects Log.txt in your preference folder, a tab will appear in AE when next launched). Beyond curiosity, the Console Log may help in troubleshooting — which was noted earlier by Jonas Hummelstrand at the end of his Troubleshooting After Effects (all versions).

Angie Tayor, author of Design Essentials for the Motion Media Artist, links to many inspirational examples of opening title sequences” that inspired her, with a nod to the “Art of the Title” website. Here’s Saul Bass in Ocean’s Eleven, work that may have earned him an honorary degree from Wossamotta U:

photo-i & photo-i reviewed the Tiffen Dfx Video/Film Plug-in, which is AE- and Premiere-compatible filters with many presets.

Andrew Devis explains in text Using the RGB Parade on Premium Beat. Devis already explained this control in the basics video Premiere Pro CS6 Techniques: 50 Color FOUR RGB Parade. In a longer tutorial, Jeff Sengstack showed how to use the Vectorscope or the RGB Parade scope to analyze chroma, then use the Fast Color Corrector or the RGB Curves effect to adjust tone and chroma to eliminate color cast.

Josh Weiss at Retooled.net posted Premiere Pro CS6 – Dealing with Problematic Stereo Audio, which can help everyone not keyed into all the latest Premiere changes and features.

Peder Norrby of Trapcode notes that “for geeks like us, a good process video is in a way better than the final.” Here’s Kinect Project /// I Dieci from Alkanoids: