The DV Show dropped a great post over the weekend that answered a question from one of their readers: “I’m looking for some plugins or tools to enhance my productions. I mainly use Final Cut Pro and was wondering if there are any free or low cost alternatives to make my videos look better.” With that they listed 14 Must Have FREE Plugins & Tools for Final Cut Pro. It’s a fantastic list of a number of great tools that will be right at home in any editor’s toolbox. But this post got me thinking about some of the paid plug-ins and tools that are great in the FCP editor’s toolbox as well.

If you thumb around the FCP universe for any length of time you’ll find that there are tons of 3rd party resources to support the Final Cut Pro application. Some may say that it is because there’s such a large installed userbase while some might say it’s to plug a lot of FCP’s holes and shortcomings. Regardless of your stance on this issue (IMHO it’s some of both) the fact remains that there’s an ecosystem built around FCP that can’t be matched by Avid or Adobe world. And what that we FCP editors get a lot of choice when it comes to supporting tools, plug-ins and products to help us get work done.

This DV Show post titled 14 Must Have FREE Plugins & Tools for Final Cut Pro lists great tools that all FCP editors should have. I thought it would be worth listing some of the paid FCP tools that I think have a place in many editor’s toolboxes as well. Many I own. Others I have only used. A couple I have either seen in other editor’s workflows or I have heard such good things about them I wanted to include them in the list. Some we’ve talked about here before. While all are great this is be no means a list of all the tools available. They are listed from cheapest to the most expensive. 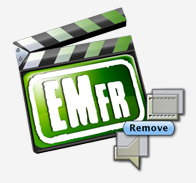 I loaded up a 90 minute, 5 year old documentary project the other day and was hit with render error after render error as the system I was working on didn’t have several of the plug-in effects installed or there were old filter versions that were no longer compatible. This handy little tool was able to look into the open sequence and selectively remove some of those filters saving a ton of time from doing it manually. Very handy indeed.

Yes there are some freebie options for generating the Ken Burns effect for panning and zooming around still images but I often end up back at Pan Zoom Pro. This little tool is easy enough to use but customizable enough to produce great results. I’ve had it for years.

It’s true that Final Cut Pro’s media management will allow and editor to have elements scattered all over various hard drives where things can easily become lost. Loader helps keep you organized by copying media that you drag to the Loader interface into a designated folder and then importing that info FCP. It’ll also convert audio from FCP unfriendly formats into an AIFF file. Loader is one of those little unsexy but useful utilities.

Graeme Nattress may be working with RED Digital Cinema now but his Big Box of Tricks is still one of the best values when it comes to an all inclusive plug-in package. I’m not sure how often these tools might be updated these days (the website still mentions “plugins for Silcon Color’s FinalTouch color correction application” on one page) but they have been goto tools and effects for many FCP editors for years.

This little gem is a whole suite of utilities that might just save your butt if a problem arises. From the website: “The suite contains tools to repair corrupt QuickTime movies, locate corrupt clips within Final Cut Pro projects, diagnose crash logs, manage plugins, repair Final Cut Pro projects, manage autosaves, salvage movie data from corrupt files, and much more.” There’s too much to mention here so click over and see all the tools that are in the pack.

Seasoned editors like myself have spent a lot of time syncing up multiple cameras for a multicam edit. We’ve found little visual and audible cues to look for and ways to mark clips in order to streamline the often monotonous process of syncing. Along comes PluralEyes that “listens” to the audio from multiple cameras and does that syncing automatically. And it does a great job of listening through the clutter of background noise as well. It takes a lot of the skill out of syncing … and I love it.

If you need to do some serious motion tracking and the tracker in Motion isn’t doing the job then chances are that mocha for Final Cut can get it done. This amazing tool tracks an entire plane instead of a point so it can literally track the untrackable. It’s not the easiest tool to learn (hopefully it will get its big brother’s updated interface soon) but if you don’t use After Effects and FCP is your only option then it can accomplish wonders. Add the mocha shape tool (for $110) to import rotoscoping data into FCP and it becomes even more powerful.

Yes FCP has a free built-in 3-Way Color Correction and of course you can send an edit to Apple Color (again, included in the Final Cut Studio cost) for amazingly powerful grading tools but as a quality / cost / performance plug-in for doing color correction within the FCP application you can’t beat the results of Colorista. 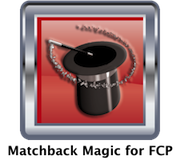 This is a new tool that I am just beginning to understand. The claim is that it injects metadata into your media and makes “Final Cut Pro media bulletproof.” It could help if the clip was renamed in Final Cut Pro; the media file was renamed to match the clip name (a definite problem); the reel name was lost or changed; or timecode was changed or removed. That could be a lifesaver. Best of all you can get the free demo, inject your media with the metadata and then buy the full version if disaster strikes. 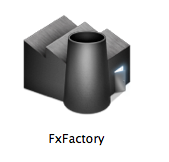 As I try to evaluate the value of a given plug-in I often look at how much I go back to a package’s offerings over the course of an edit. The FxFactory’s 150 plug-ins are ones that I use on a regular basis. The quality of the resulting image is one of my biggest reasons to return to these tools. It’s a pricey package but not so much so that it’s out of reach of most editors. And the FxFactory engine allows for a lot of other plug-ins and effects to be easily added.

I currently don’t use After Effects enough to have this tool in my suite (though I do use Pro Export FCP all the time) but many editors / motion graphics artists could not live without Pro Import AE’s ability to get their FCP timeline into After Effects intact. 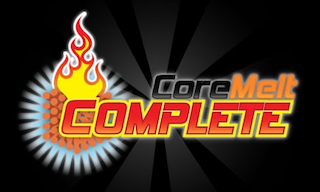 Along the same lines of the FxFactory product is the CoreMelt plug-ins. The developer of CoreMelt used to run their products under the FxFactory engine but over a year ago branched their products out on their own. The Complete package offers over 200 plug-ins that cover a wide range uses from effects, to color work to transition to unique generators. And if the full package is too expensive you can also buy individual pieces. No matter what you buy add the Lock and Load image stabilizer into the mix as it’s a very fast image stabilization tool. While no image stabilizer will steady every shaky shot Lock and Load’s speed makes it easy to try. Your best bet is to try both the free FxFactory and CoreMelt demos and decide which package is best for you.

If you need what many might term “Hollywood” level special effects tools inside your FCP install then BCC’s extensive effects list probably fits the bill. I’ve used a few of these tools over the years but they really take an effects editor’s knowledge to use them to their fullest potential. And to be quite honest, if you are working on a lot of effects shots that require these tools then you are probably not in working FCP. But I’ve included BCC on this list because of the results I’ve seen from a few fx artists who had to work within FCP and the results they got out of BCC.

I mean really, if you have to even ask the question as to why you might need Photoshop to complement your FCP install then I guess you might not really need it after all. Of course there’s the magic of CS5’s Content-Aware Fill that gets a lot of press but one reason that I must have the Extended edition is the ability to import video files into Photoshop (this has been a feature since CS3). Open up the animation timeline and you can then paint on the video file frame by frame. Since I’m not an After Effects whiz I find this an incredibly easy way to do a lot of retouching.

Of course this isn’t all that is available in the Final Cut Pro universe. If you want to see a good list of most all that there is out there then check out The Final Cut Ecosystem page at digitalfilms. That’s most all of them.

What are some of your favorites?