The Artist, The Girl with the Dragon Tattoo, Hugo, Tinker Tailor Soldier Spy, and The Tree of Life Nominated 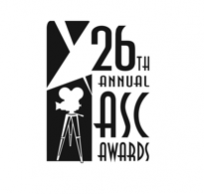 “These five cinematographers have created works of art that serve the story and director’s vision in unique and engaging ways,” says ASC Awards Committee Chairman Richard Crudo. “Their talent for translating the script and performances to the screen demonstrates the phenomenal power of the visual image.”

This is the second consecutive ASC Award nomination for Cronenweth who was recognized last year for The Social Network.

Lubezki won the ASC Award in 2007 for Children of Men, and was also nominated in 2000 for Sleepy Hollow.

Schiffman and van Hoytema are both first-time ASC nominees.

“Every year, the nominees in this category have expanded the boundaries of cinematography with their consummate artistry and their mastery of the technological tools required to achieve their vision,” says ASC President Michael Goi. “In an intensely competitive field, these are the best of the best.”

The American Society of Cinematographers (ASC) is a non-profit association dedicated to advancing the art of filmmaking. Since its charter in 1919, the ASC has been committed to educating aspiring filmmakers and others about the art and craft of cinematography. For additional information about the ASC, visit www.theasc.com.