My quick overall opinion on the Sony PXW-Z90 is this little 4K camera is a straight-up documentary / ENG/ grab and go camera designed to be fast and quick to grab those important documentary moments needed to tell an emotional story. The PXW-Z90 has a 4K sensor is reasonably light sensitive and has the kind of useful lens which can cover all your focal lengths.

Before we jump into my thoughts let me give you some details about the Sony PXW-Z90. This little camera offers broadcast quality 4K with advanced features like a high-speed autofocus, HDR workflow, up to 960fps super-slow motion and streaming at 2.4GHz or 5GHz with QoS. The PXW-Z90 also features a continuous 120fps in Full HD XAVC 10bit 4:2:2.

The foundation of this little camera is the 14.2-megapixel (effective) 1.0-type stacked CMOS image sensor and it integrates well with up to 273 phase-detection AF points that densely cover approx. 84% of the image area, to give a shooter easy to use tracking of subjects throughout the shooting frame. More importantly, this camera was easy to use. The aperture, shutter, and ISO/Gain buttons are on the left side of the camera and in a great location for shooting while using the flip-out LCD screen for monitoring. All of this from a $2798.00 priced camera.

There was a moment when my wife wanted to grab a quick home video of my daughter and myself. She instinctively picked up the closest camera in our office and started operating it. All she had to ask was where the record button was located and she was off and shooting a nice father/daughter moment. Now, she is a still photographer so picking up a camera and fiddling with it to get it working is pretty standard for her, but she will never call herself a tech person.

Make sure to power the camera off if you’re putting it away. There were a couple times when I shut the LCD screen thinking I had shut the camera off to discover later the camera battery was totally drained. This was a minor hiccup and was mostly due to me not fully paying attention.

The battery life was good and I typically used one battery per half a day of solid shooting. I think if someone was in a remote location they could bring a cache of batteries and still not weigh themselves down. 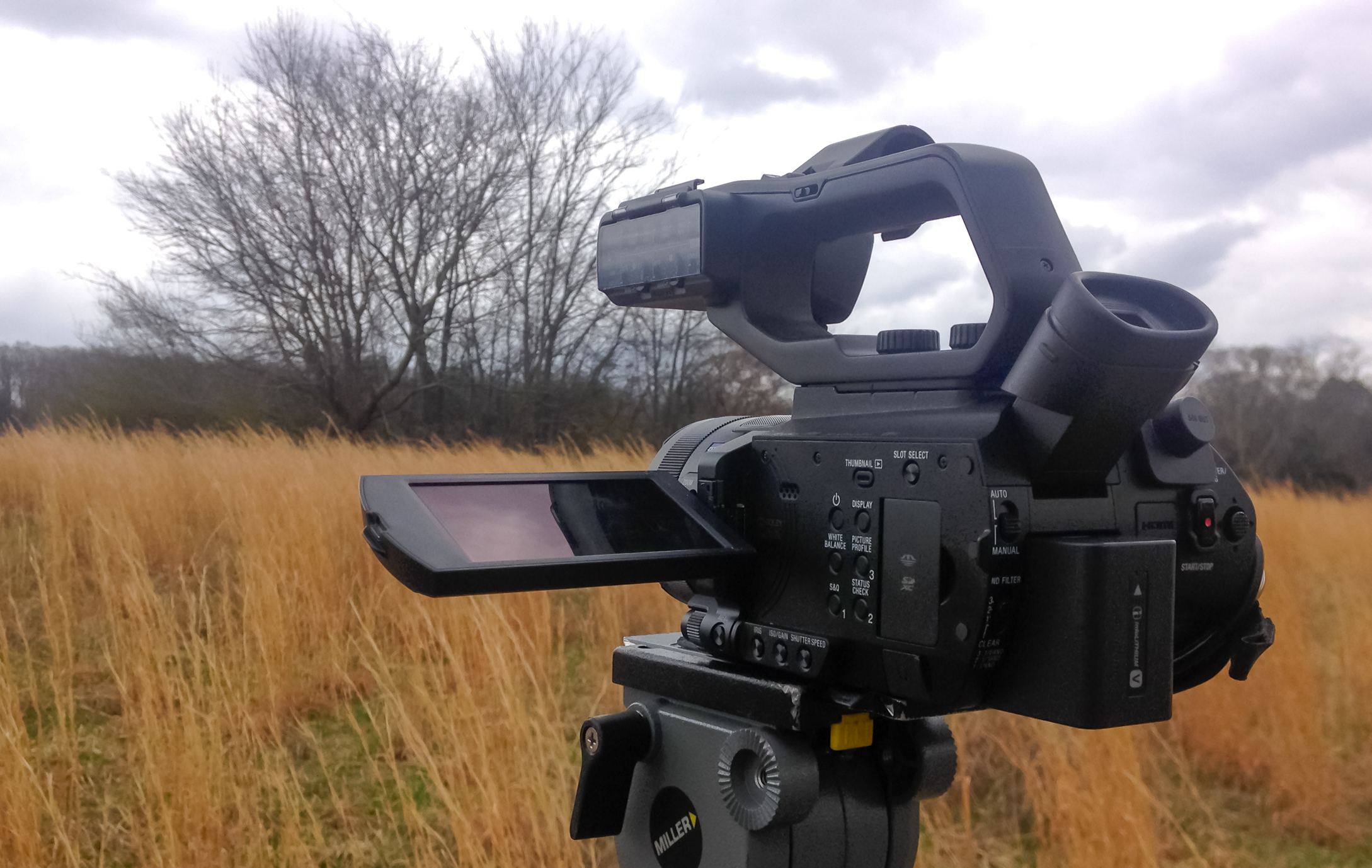 If you are a professional and you need professional tools the Z90 has what you need. I’m talking about 4K, High Frame Rates, Slog 2, and several different picture styles. Middle of the road is what to expect. For example, the light sensitivity of this sensor is good but not as good as a Sony A7s II and it shouldn’t be either. The image is close to a Sony PMW-400 and I think it could cut well alongside Sony FS5 or FS7 footage. There is noise in the higher ISOs but it is a small single lens camera and I think what little noise the low-light shooting produces is fine and what I would expect.

The PXW-Z90 has quite a few gamma selections ranging from Re. 709 to Slog3 with Sgamut3.cine for colorspace. It is possible to turn the overall look of your footage to best match your needs. The Cine Gamma choices are: Rec.709, Rec.709(800%), Slog 2, Slog 3, and a handful of HLG options available. You can then select the color space too. This is a great feature because it allows a shooter to match the PXW-Z90 to any camera he or she is using as his “A” Camera.

I tested this feature but I did not have shoot requiring off speed work. It works much like a Sony FS700 does with the option for end/recording for the highest off-speed shooting. At the highest, I could tell there was image loss but that is expected. I don’t think I’d use the highest off speed for much but maybe something in the middle of its capabilities and still be happy with the results.

The short and quick information on the autofocus is it works well right out of the box. It is configurable too. A shooter can touch the screen to go from two different focus spots to shoot an autofocus enabled rack focus. One can also set the autofocus to track a person or object with various degrees and settings. The autofocus can be locked or responsive and you will want to test each out to see what’s best for your shooting subject. I think responsive was best for faster moving objects. 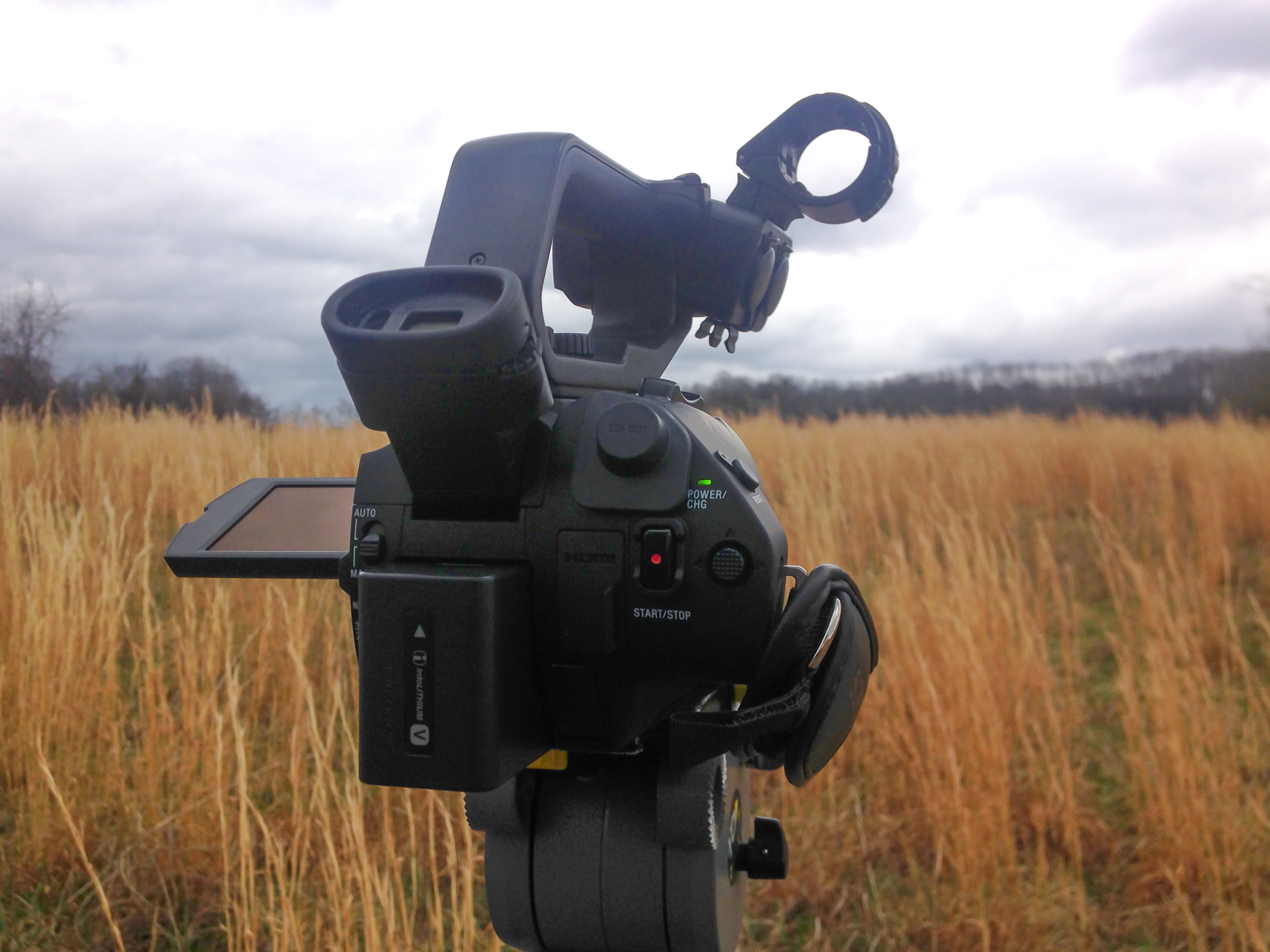 The sony Z90 appears to be designed to be one of the fastest cameras to go from power on to recording on the market.  As a news photographer, I loved how quick this camera went from stored and packed away to recording. When news is happening now this single feature could save a news photographer or producer from potentially missing the moment. From stowed to hand-held was fantastic.

This lens… it has the ENG style usability. Made by Zeiss the lens has a range from 9.3mm to 111.6mm with ClearView enhanced zoom. The lens is f/2.8 at the wide end and f/4 at the telephoto end. This is very useful lens range. I’m talking about being able to shoot wide to telephoto within a second. In my experience with single lens cameras, you end up making some kind of compromise on the wide end of the lens to give the shooter telephoto shooting capabilities. Sony seems to have found a way to make both a very wide lens to a long telephoto. To see just how good it is I took the Z90 to Nashville’s Bicentennial Plaza where the end of the park is measured all the to the State Capital. I was able to shoot a very nice wide shot and then be able to zoom in and shoot a solo of just the Capital. Consider this lens flexible and just right for any type of run and gun shooting. You can find a great example below.

Professional IN / OUT Options

The Sony Z90 sports both an HDMI and SDI outputs which means to me this could be a good camera for some multi-media journalists or another live shot or streaming situation. Would I use a larger monitor for viewing on the Sony Z90? I do not think so. The Z90 is a little too light-weight to be ideal for mounting much more than a wireless mic receiver or top light.

One of the last features I tested I wished I tested first; the wifi connection. The Sony PXW-Z90 utilizes the Sony XDCam viewing and control app. The connection works on both older 2.4GHz and the newer 5GHz settings. It was very easy for me to download the app to my iPhone and connect it to the Sony Z90. Suddenly, I had a separate monitor and basic camera control like gain, aperture, and record. As a second camera for a news photographer, this was a huge feature because I was able to monitor the second camera from afar. I also did not have to do the “hit record and pray” thing we used to do with older GoPro Cameras. You remember those times 😉 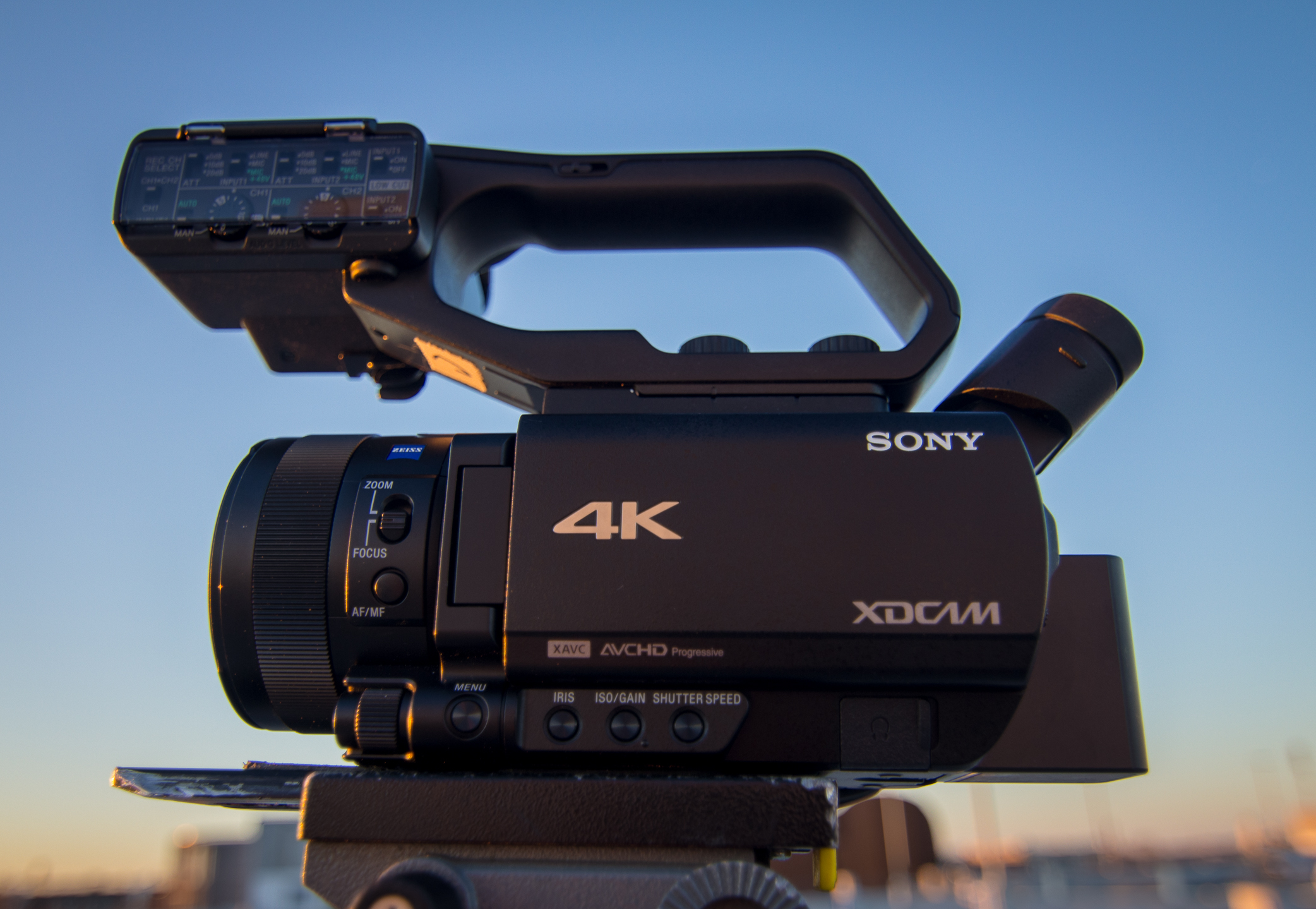 I was able to selectively record what I wanted when while I operated my “A” Camera. This was clutch for quick deadlines. I loved this feature. For the Ustream and FTP upload, I did not test these features so I will not comment on them.  It is nice to see these newsgathering features in such a small package.

In the end, the PXW-Z90 was my b-camera from the onset of this review.  I used it for broll and on occasion, I used the PXW-Z90 for off the cuff interviews when I wanted a lower profile camera. I could see this camera being a nice companion for a producer or ENG shooter. The high frame rates are an unexpected bonus for such a small camera. The 4K and good for broadcast and fits within Sony’s well liked ENG cameras. If I traveled more for assignments I think I might pick this camera up because the battery life is good and the camera requires zero accessories. It’s just ready to go at a moments notice which is important in the broadcast business. Connectivity details listed below.