The short film “The Rusted,” starring Josh Hutcherson and Jena Malone is the result of the winning trailer of Canon’s Project Imagination: The Trailer. See the film now! 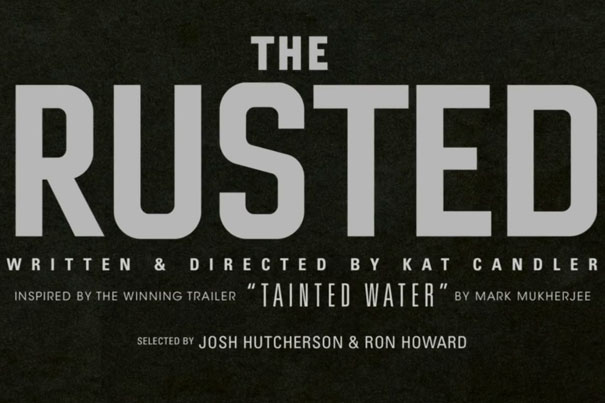 The Rusted is the title of a psychological thriller inspired by a college student’s trailer submission for the Project Imagination contest run by Canon.

Hollywood has a new short film, “The Rusted,” as part of Canon’s Project Imagination: The Trailer, a consumer contest helmed by Ron Howard who has championed Canon’s Project Imagination creative experiment since 2011. Ron Howard and Josh Hutcherson (“The Hunger Games”) chose one winning trailer created by Mark Mukherjee, a college student in Florida, as the inspirational foundation for “The Rusted,” a psychological thriller written and directed by Kat Candler (“Hellion”) starring Josh Hutcherson and Jena Malone (“The Hunger Games”).

“The Rusted” is a film about a brother and sister’s attempt to renovate their childhood home into a recording studio, but strange happenings force them to deal with memories from their past.  The global premiere of the film took place via a livestream with AOL BUILD, giving consumers everywhere a chance to experience the film, and is now available at imagination.usa.canon.com.

“I’m honored to continue this journey with Canon, seeking inspiration from those around us and urging everyone to tap into their creative souls and bring stories to life,” said Ron Howard. “It’s truly been a delight to collaborate with Josh Hutcherson who challenged himself to star in a role that was unlike any he has done to date.” 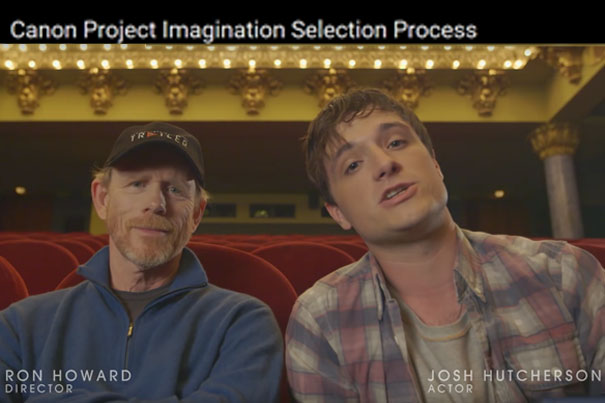 “Working with Canon, Ron and Kat have given me a great creative outlet to flex my filmmaking muscles,” said Josh Hutcherson. “I feel so fortunate to bring the vision of Mark’s trailer to life and work alongside Jena to create this beautiful film.  I’m excited for everyone to see it.”

Francesca Silvestri and Kevin Chinoy of Freestyle Picture Company as well as Josh Hutcherson and Michelle Hutcherson produced the film.

Project Imagination: The Trailer contest launched in February 2015 and was open for submissions through April 29th.  Based on the concept that anything in life can be a movie, and every movie starts with a trailer, Canon invited all consumers – even those who have never picked up a camera before – to turn everyday photos and video footage into a creative movie trailer with titles, Hollywood style voice-overs and epic soundtracks. Consumers of all skill levels were encouraged to create and submit trailers of their everyday moments using Canon’s Trailer Editor tool.  One winning trailer was then selected by Ron Howard and Josh Hutcherson.

In 2011, Ron Howard and Canon U.S.A., Inc. launched Project Imagin8ion, the first photo contest in history to inspire a Hollywood short film, which resulted in the film, “When You Find Me,” directed by actress Bryce Dallas Howard, inspired by eight winning photographs. 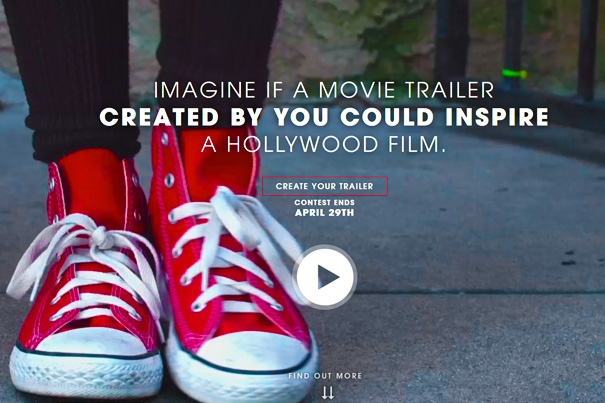 In 2012, Howard and Canon U.S.A. teamed up again for Project Imaginat10n, the first photo contest in history to inspire a film festival. With 91 winning photographs, Project Imaginat10n resulted in the production of 10 films, five of which were consumer directed and five of which were directed by influential celebrities from five diverse backgrounds, Jamie Foxx (entertainer), Eva Longoria (actress), Georgina Chapman (co-founder of Marchesa; fashion), James Murphy (formerly of LCD SOUNDSYSTEM; music) and Biz Stone (co-founder of Twitter; technology).

Project Imagination: The Trailer is the third iteration of Project Imagination, Canon’s ongoing initiative to empower creativity in everyone. The program aligns with Ron Howard’s conviction that people’s everyday lives are visually and cinematically worth recording, bringing high quality and ease to photo and video capture with Canon cameras and lenses. Canon’s Trailer Editor is still available for consumer’s use at imagination.usa.canon.com.