The most iconic tripod from 3 Legged Thing company is back, with an extensive facelift: meet Brian! 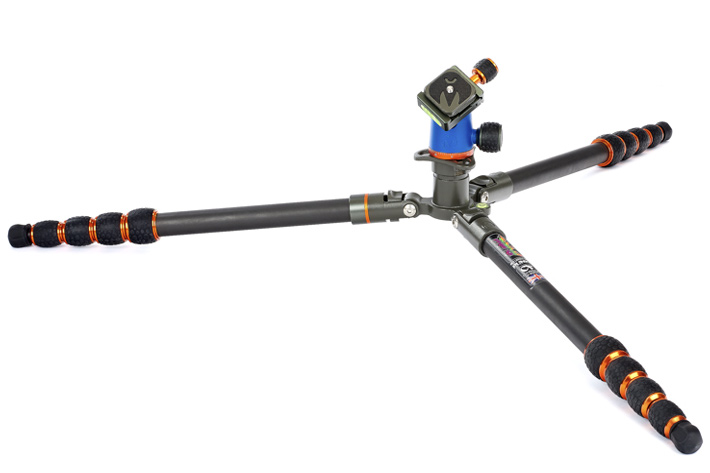 He’s not the Messiah. He’s a very naughty tripod… That’s how the company behind the Punks Brian announces, in pure British tone and style, the return of its travel tripod.

Although the title might take you down memory lane to 1979, and the Monty Python’s film The Life of Brian, the title for this piece of news – despite the funny note introduced by 3 Legged Thing – is about something else, a tripod. Or the new generation of a tripod that was the first ever tripod made by the company.

The brand new Punks Brian will be unveiled at The Photography Show, which takes place at the NEC, Birmingham, United Kingdom, from 17-20th March 2018, and can be viewed at 3 Legged Thing’s exhibition stand no E71 throughout the show. This new incarnation of the Brian tripod, a name which has lived through different versions,  joins the Punks range of tripods, with the aim to make you “Always Look On The Bright Side of Life…”. The quote from 3 Legged Thing, which takes us back to Monty Python’s film, continues to create a connection between tripod and film, through the use of phrases as “Blessed Are The Cheesemakers”, “Throw Him to the Floor” or “Let Me Shoulder Your Burden”, here applied to the manufacturing of the tripod and its versatility.

Designed to be a true travel tripod, the new Brian is both compact – folding to just 41 cm / 16.5 “ – and lightweight for portability – at only 1.45 kg / 3.0 lb -, yet stable enough for full-size cameras and long lenses. Brian’s travel pedigree does not forsake any capability as his 2 column sections and 5 leg sections offer ultimate versatility, as well as a maximum height of 1.87 m / 74 “.

Like 3 Legged Thing’s other tripods, Brian includes modular functionality, enabling users to remove, attach and reconfigure elements of the tripod allowing a multitude of uses. This includes the removable centre column which allows use of the tripod as low as 11 cm / 4.3”, and can also added to the detachable monopod leg to create an ultra-tall monopod that extends to 1.92 m / 75.5” at full height. Not only can it function as a monopod, but it can also be used as a camera or microphone boom, or even a selfie stick! One can say it offers photographers and videographers a world of possibilities.

Danny Lenihan, 3 Legged Thing’s Founder & CEO explains the return: “Brian was our first ever tripod, the catalyst for our naming trend, and inspiration for all the brands that have followed suit. We retired Brian after four incarnations – 1st Gen, 2nd Gen, Evo 2 and Evo 3, back in 2015, with a heavy heart. At the time we felt we needed a fresh angle. We’ve missed him every day since, and so I am so excited to announce his return, but this time as part of our iconic Punks range.”

Designed and engineered in Stagsden, England, Punks Brian is made from eight layers of 100% pure pre-preg carbon fibre, and includes all the premium features users expect from 3 Legged Thing tripods. These include a detachable monopod leg; patented Tri-mount plate which allows the attachment of accessories; removable and reversible centre column; ultra-low-level shooting using the widest 80 ̊ leg angle; and ergonomic, water-dispersing bubble-grips which provide better leverage, even in damp conditions.

Brian is available to pre-order from 12th March, and will be available online and via camera retailers worldwide from 2nd April 2018.