Pond5 just saved you countless hours. And probably some money, too.

We all need footage – but there’s not always the budget to license or shoot it. We can try to hide behind the illusion of “Fair Use” – but in reality it’s hard to qualify for the exemption. In theory, if we know where to look (such as the Archive.org, or anything funded by the US government – as long as you’re a US citizen), we may be able to dig up some public domain assets that are suitable – but that would take hours upon hours of searching and browsing, and the quality may not be great. Until now. 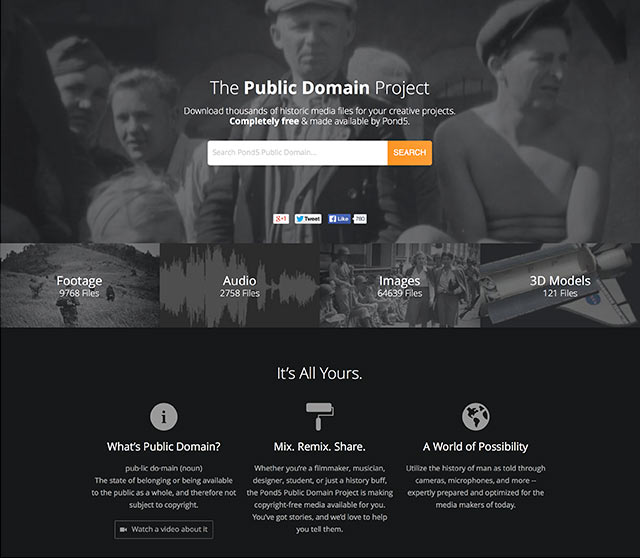 Stock footage aggregator Pond5 has taken it upon themselves to create the Public Domain Project: “a comprehensive and ever-expanding collection of copyright-free multimedia content that’s accessible for free search, free download and free use. Our aim is to assemble the world’s greatest collection of free public domain content tailored specifically for editors, designers, musicians, and other media makers. We’ve searched government and public archives around the globe, pulling together some of the best examples of copyright-free footage, photography, sound recordings, 3D models and more.” It can be accessed here.

We were pleasantly surprised to see many of the video assets were digitized from film at 1920×1080, which is higher resolution than you used to be able to get from the Library of Congress or other similar sources; much of the modern video (such as from NASA) is at 1280×720. Before you get too optimistic, know that a lot of early film had issues with frame rate, judder, and aspect ratio (much of it is 4:3, not filling the width of the frame), but overall the transfers we’ve sampled were of higher quality than we expected. There’s also audio, photos, and even 3D models (thanks again to NASA).

Several other sites have already reported on some of the riches to be found there; rather than test the limits of Fair Use ourselves, visit The Creators Project or Open Culture to learn more including examples. In short, this is a treasure trove waiting to be taken advantage of. 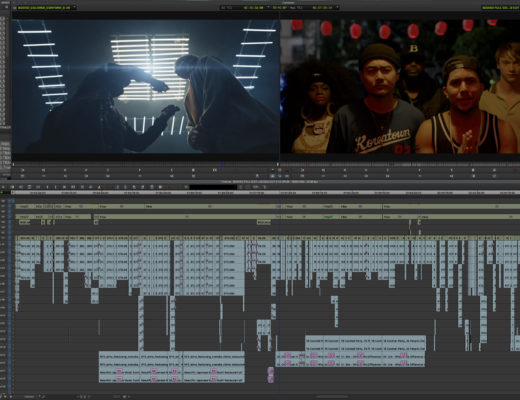