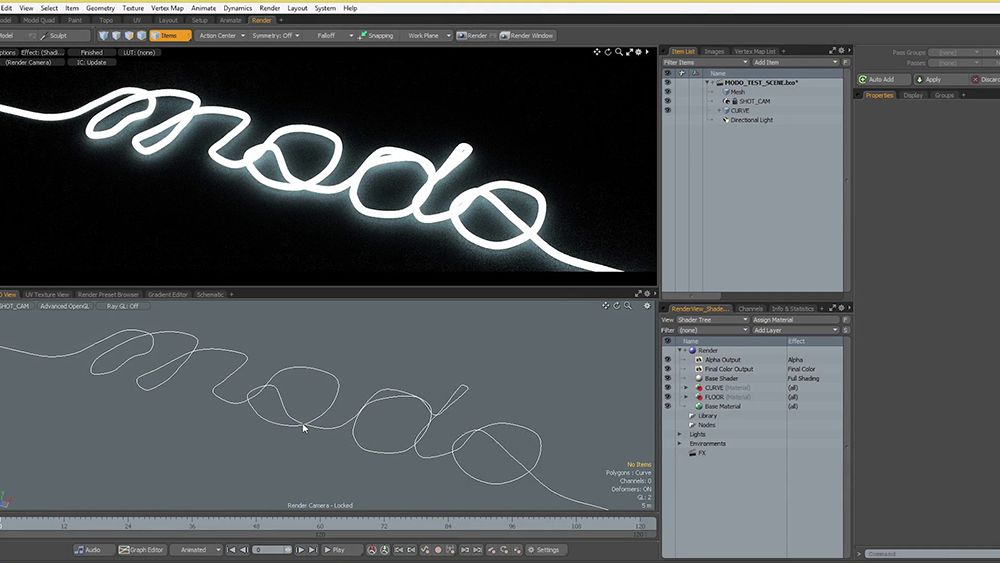 According to Pfeiffer Consulting, an independent technology research and benchmarking institute, today’s MODO already offers significant performance benefits over its nearest competitors. With the new 901 version, MODO further accelerates performance as well as delivering major advances in creativity and productivity. The Foundry unveiled MODO 901 at a live broadcast today from Redwood City, California.

“When we began working on 901, we committed to bringing our customers the most powerful, relevant version of MODO to date,” said Shane Griffith, MODO product marketing manager at The Foundry. “We looked closely at how the roles of artists in our key markets are changing, the demands they face and how MODO can help them succeed in this shifting landscape. Also, we listened to our MODO customers and community to determine how best to make MODO the most stable, efficient solution for them. The result: MODO 901.”

At today’s broadcast, The Foundry provided a sneak peek at a few selected highlights from MODO 901, which will deliver more than 100 new features at launch later this spring. This functionality will impact the entire content creation process across all disciplines, including modeling, texturing, character animation and rendering. The 901 features previewed today include :

“The inclusion of MeshFusion in 901 is fantastic news; it provides the most creative workflow I’ve seen for hard surface modelling,” said Grant Miller, creative director at Ingenuity Engine. “901 brings a host of modeling and interface improvements that really speed day-to-day work. It’s great to see a focus on improving the core functionality, in addition to adding powerful new features.

For a playback of the MODO 901 live event, please click here. MODO 901 is expected to become commercially available at the end of May 2015, when the full feature list will be revealed. For more information about MODO 901, click here.

In 2015, the London Stock Exchange named The Foundry one of its “1000 Companies to Inspire Britain.”

© The Foundry, its logo and product names are registered trademarks in the UK, USA and/or other countries.