Let’s see what cool stuff BMD has for us. CEO Grant Petty kicked it off. They have way more stuff than you’ll see in this article so hit the BMD website for everything. Lots of converters and hardware. 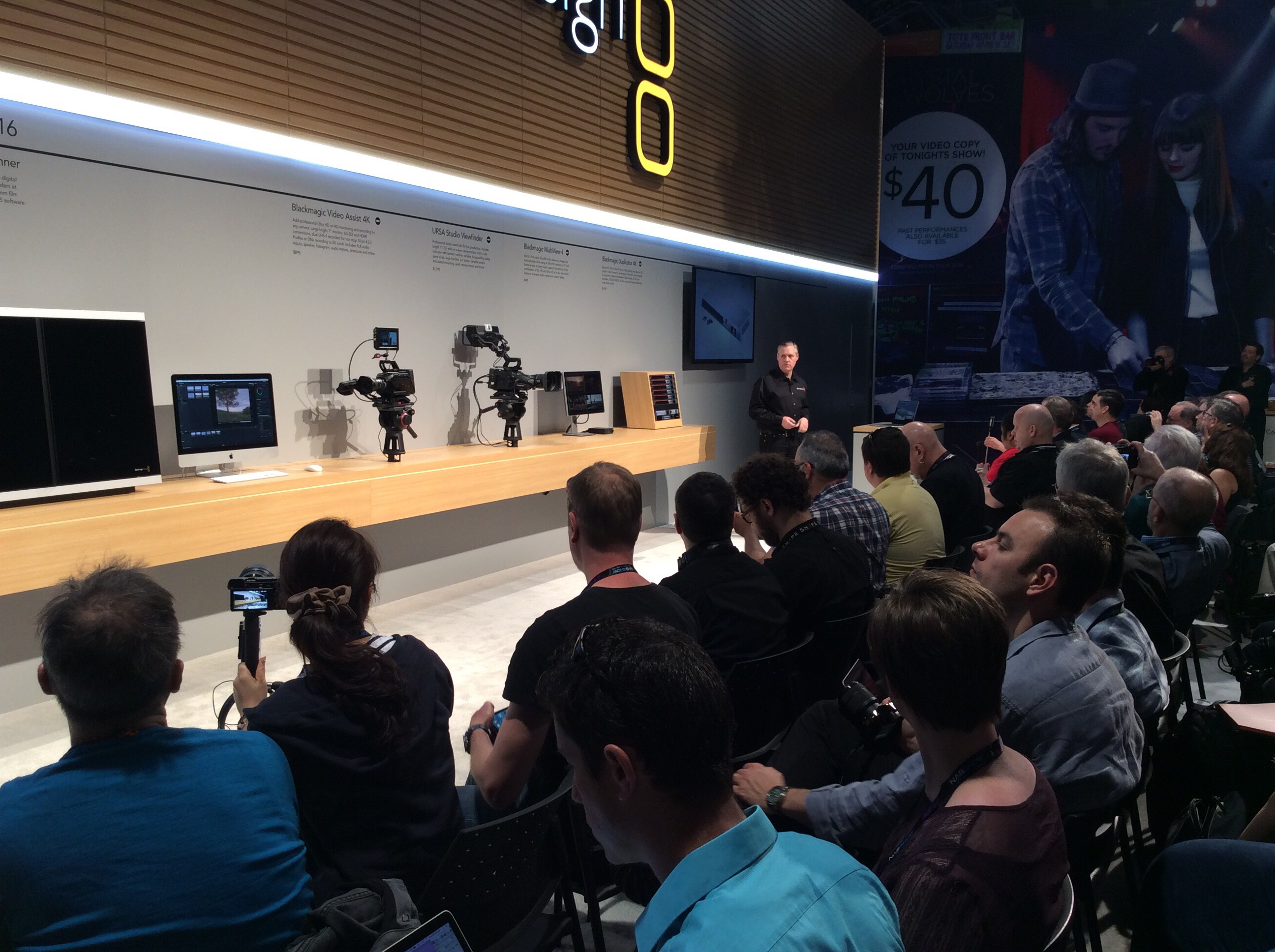 The Blackmagic Duplicator 4K is a cool idea. Use this machine to record UHD content (and below, SD, HD) right onto inexpensive SD cards that can be handed out to people right after you event ends. Or send your reel worldwide! With 25 SD card recording slots think of this as the DVD duplicator for the modern digital age. $1,995 and available now. Can daisy chain together for lots more than 25 cards! I guess SD cards are cheaper than USB cards? I would have thought USB sticks were the natural thing for this but BMD has been giving their NAB media kit away on SD cards for years so they know SD cards.
There’s a lot of talk about using this to sell content at the end of an event. Think school sports, concerts, weddings, the possibilities are endless really. A cool idea. Can record multiple parts of the event to one file. 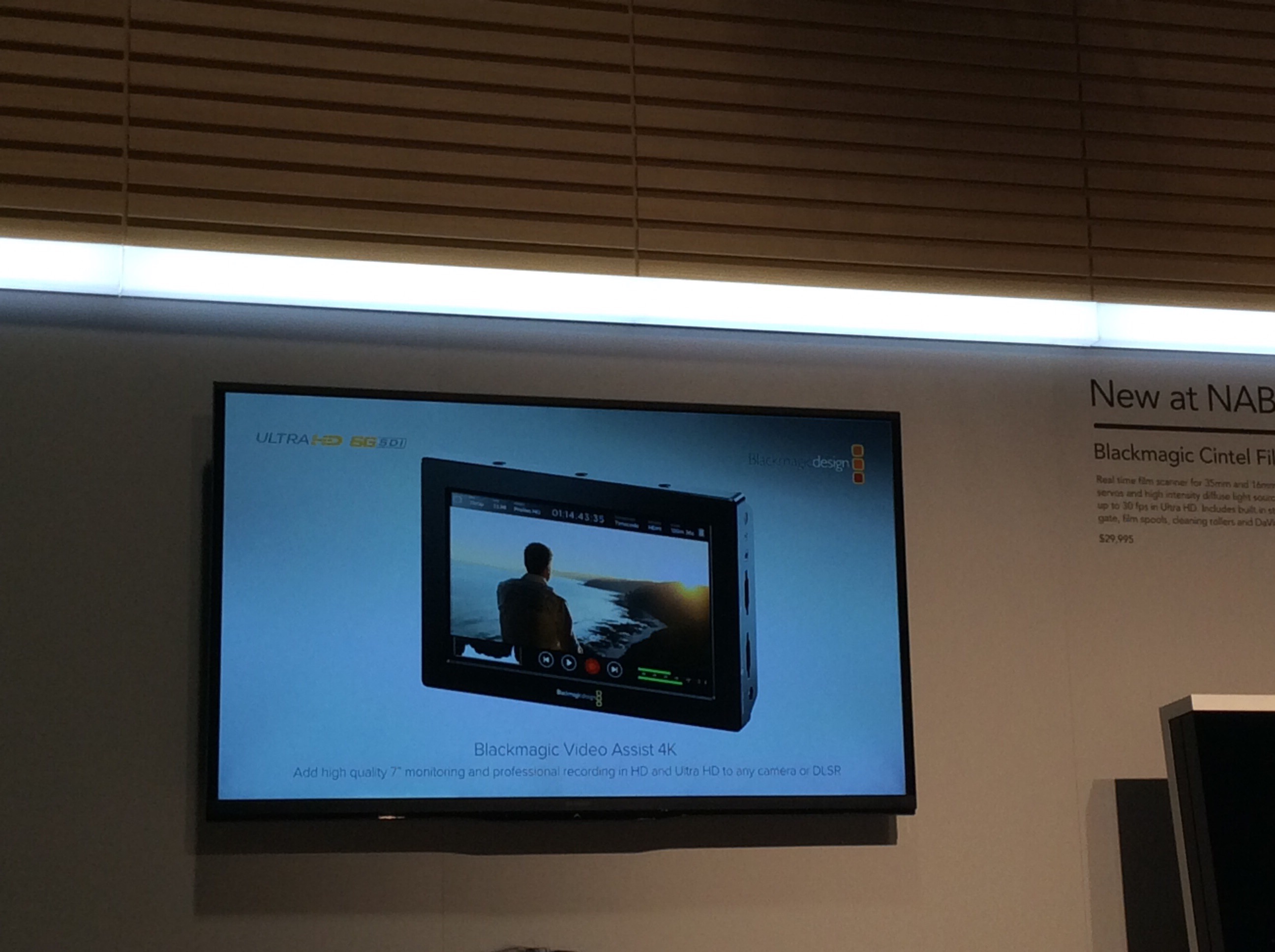 The Video Assist 4K is a 7 inch update to their video assist product. $895 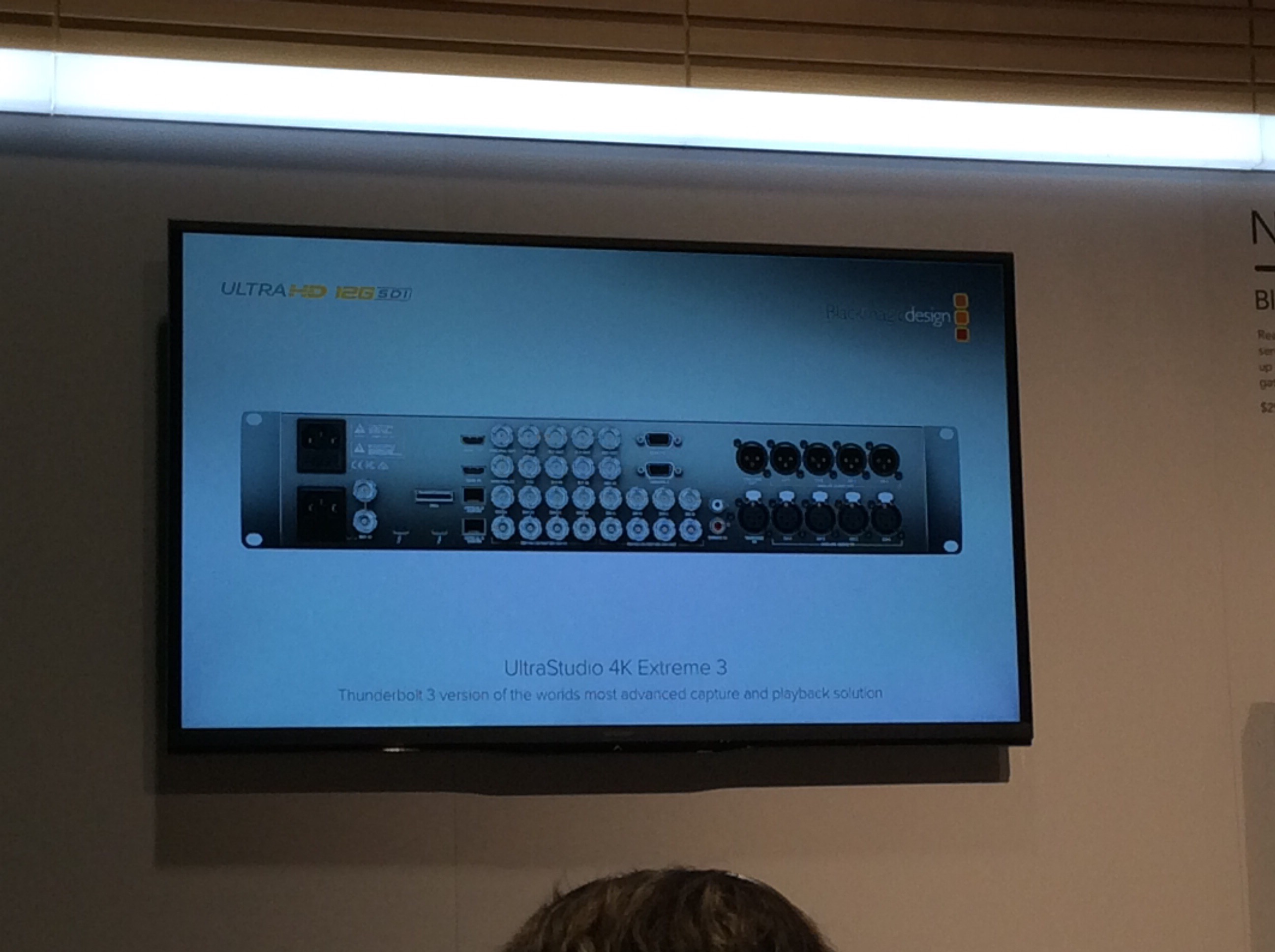 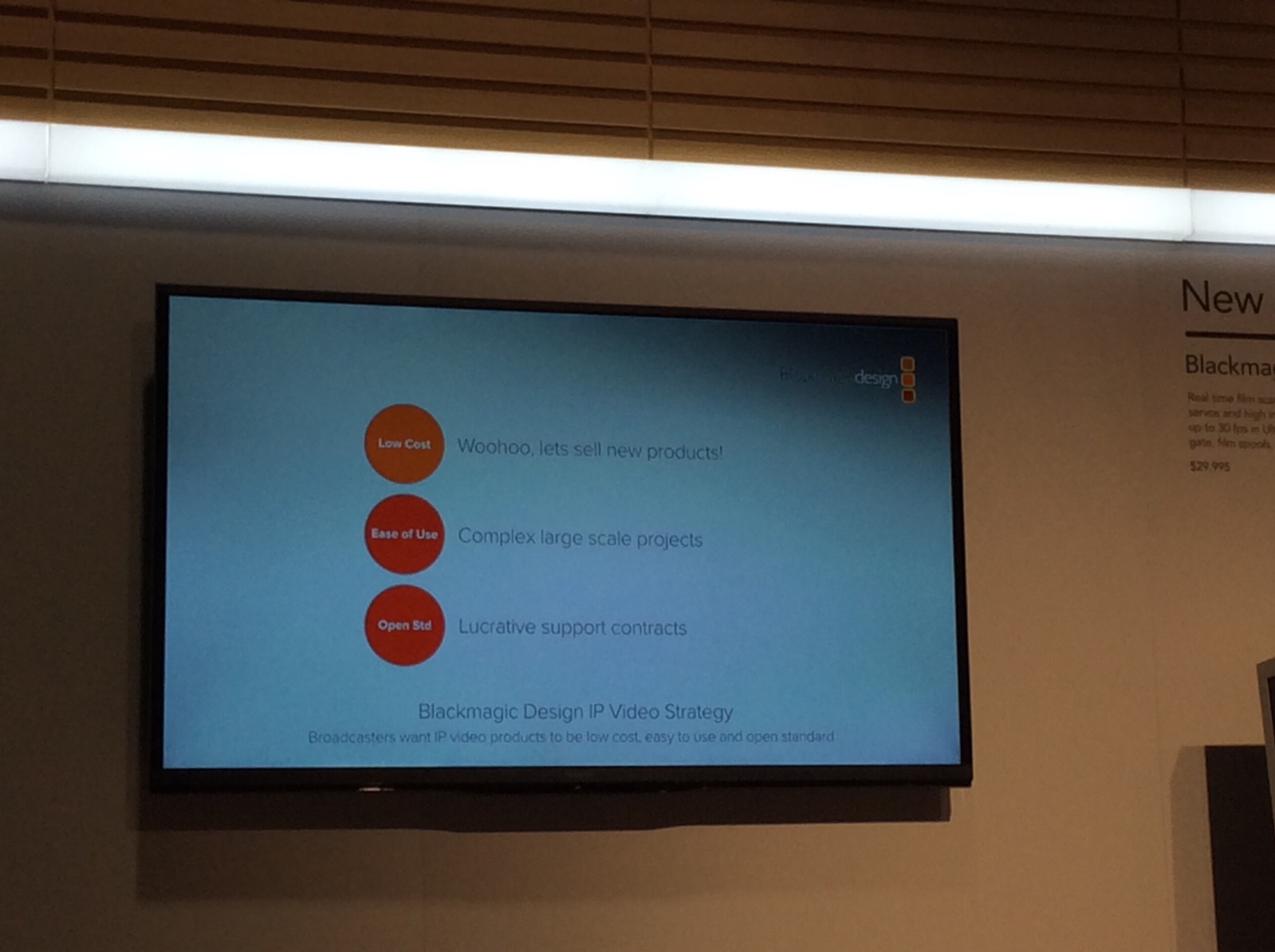 And it’s more about IP video. BMD is thinking IP video as well. 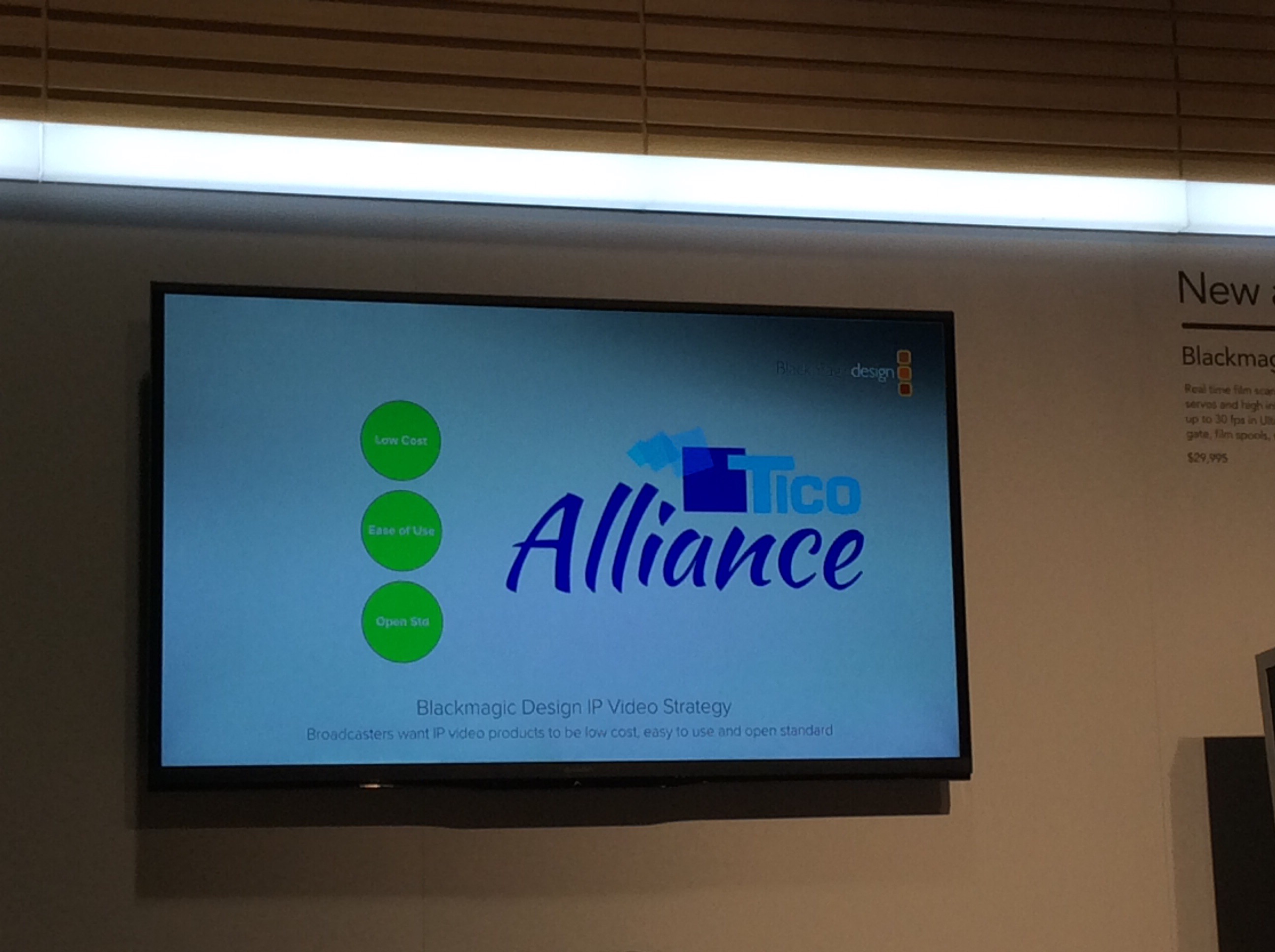 Sounds like BMD is doing their thing to make IP video easy and at a lower cost than their competitors.

There is lots of camera news but since I’m a post-person I took a short nap here.
The URSA Mini does get a new operating system. There are a lot of new ways to control things. This is like the second half of the URSA Mini. Free and available in July. 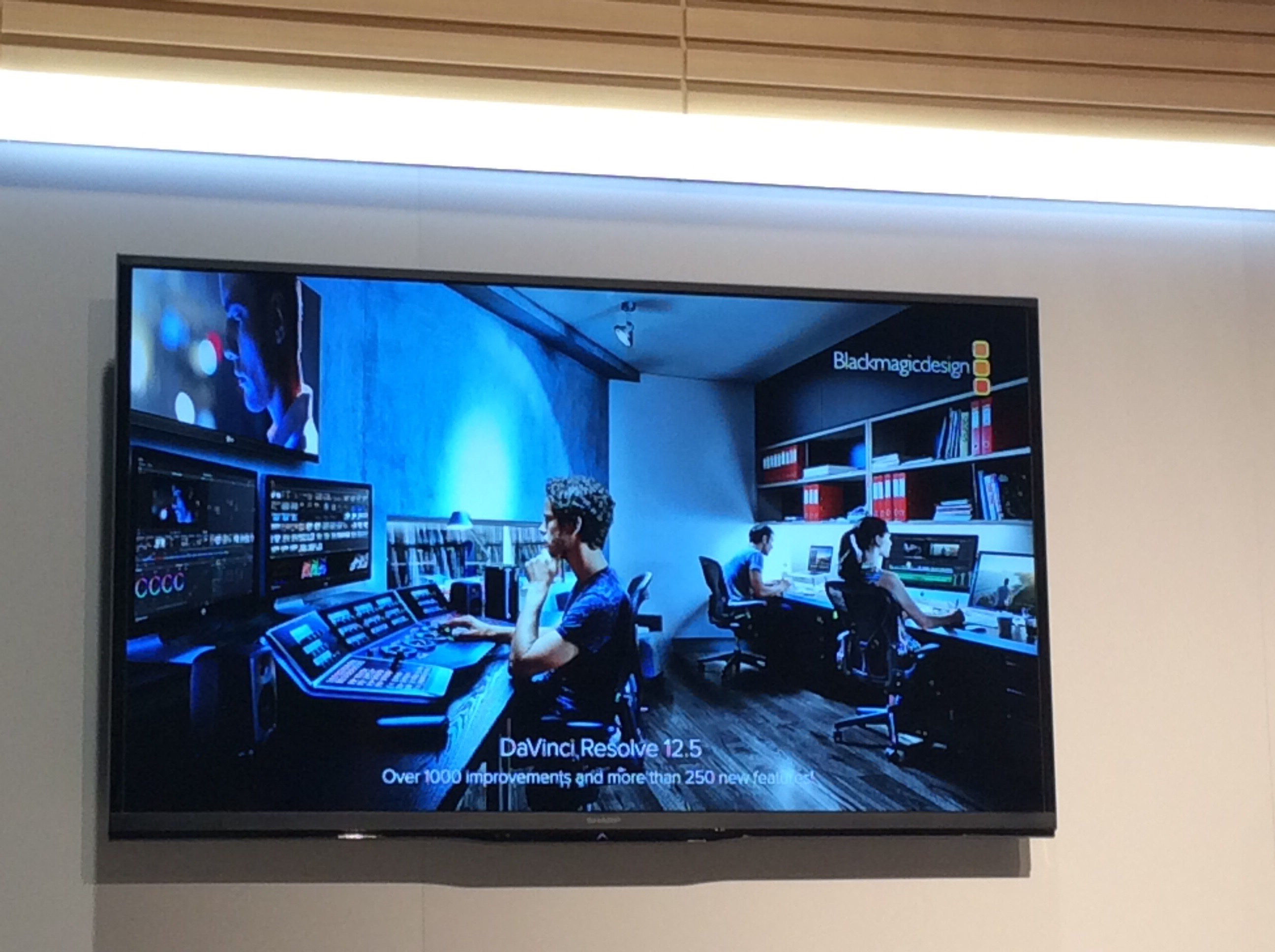 This is the big announcement for me. A “massive update with over 1,000 enhancements and 250 new features.”

Needless to say the Resolve engineers have been very, very busy. I don’t think that team sleeps.
It’s available now so download the beta and try it out! 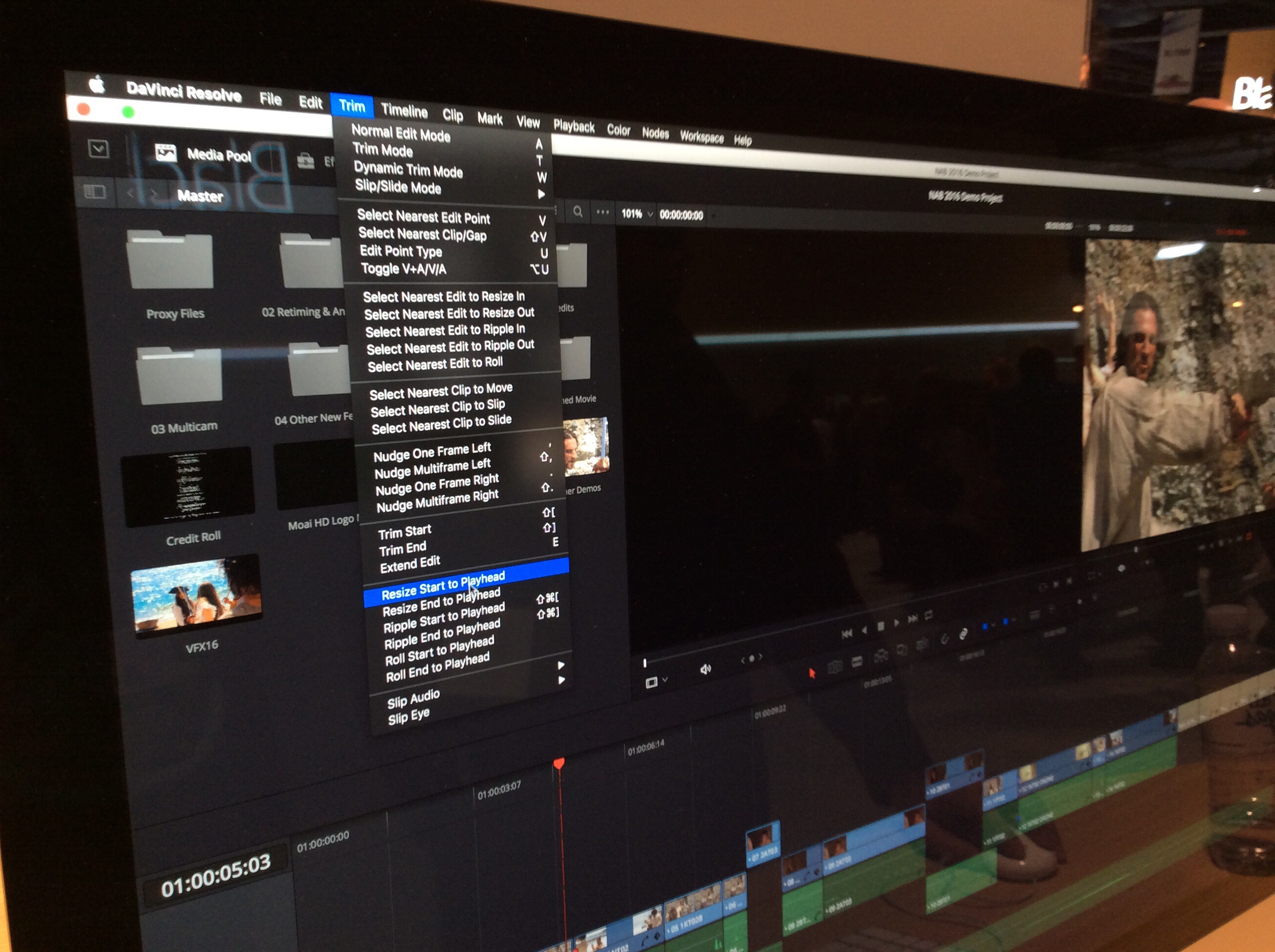 There is a bunch of those new trim operations. 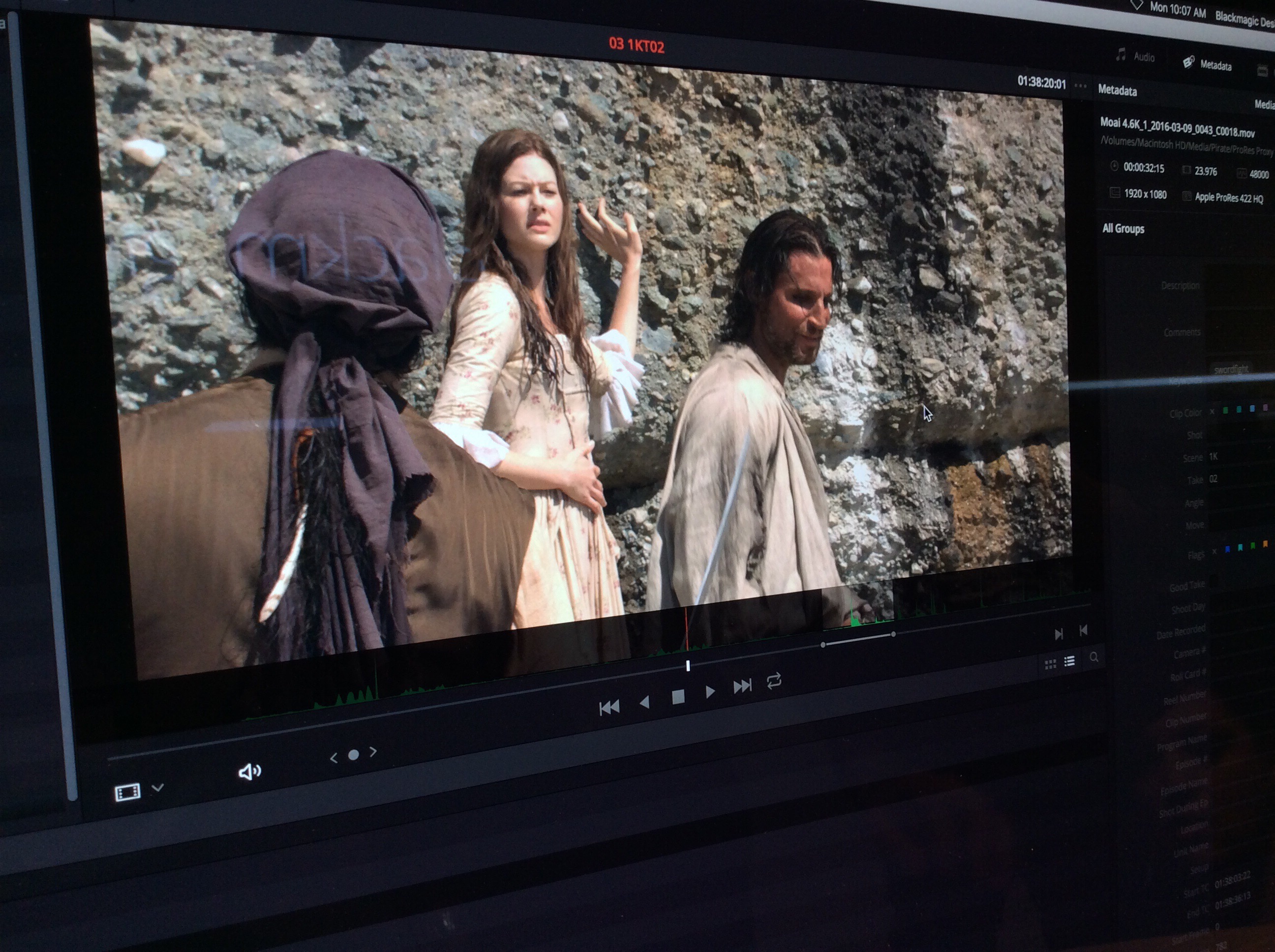 If you look at the bottom of that photo you’ll see a small waveform that draws across the bottom. Pretty cool. They say the performance is much improved.

I played around with the 12.5 update a bit and it feels snappier overall as I was scrubbing around and doing a few edit things. That image above with the waveform and video in the same display is cool. We’ve seen that before with FCPX and you can kinda do that with the Toggle Source/Record tool in Media Composer but this implementation is nice. You can view the whole clip waveform at once or have more detail based around the playhead.
That’s it for BMD! This should have posted right after the event but darn cell connection.