Contrast Visuals Hosts The Show and Tell at Studio615

I like to see new cameras, but more importantly, I like getting my grubby hands on them to see if I like them or not. Thanks to Nashville-based Contrast Visuals Production Company fellow camera nerds in the area were also able to give the new ARRI ALEXA LF a spin.  Arri came to the southern city as part of its usual product tour they make about once a year, or so I am told. Attendees not only gave the ALEXA LF a spin but were also treated to Arri’s presentation about the ins and outs of the ALEXA LF. According to Arri, “the ALEXA LF combines large-format resolution with an optimal pixel size for excellent image quality, producing vivid, nuanced images with natural skin tones and smooth bokeh.” 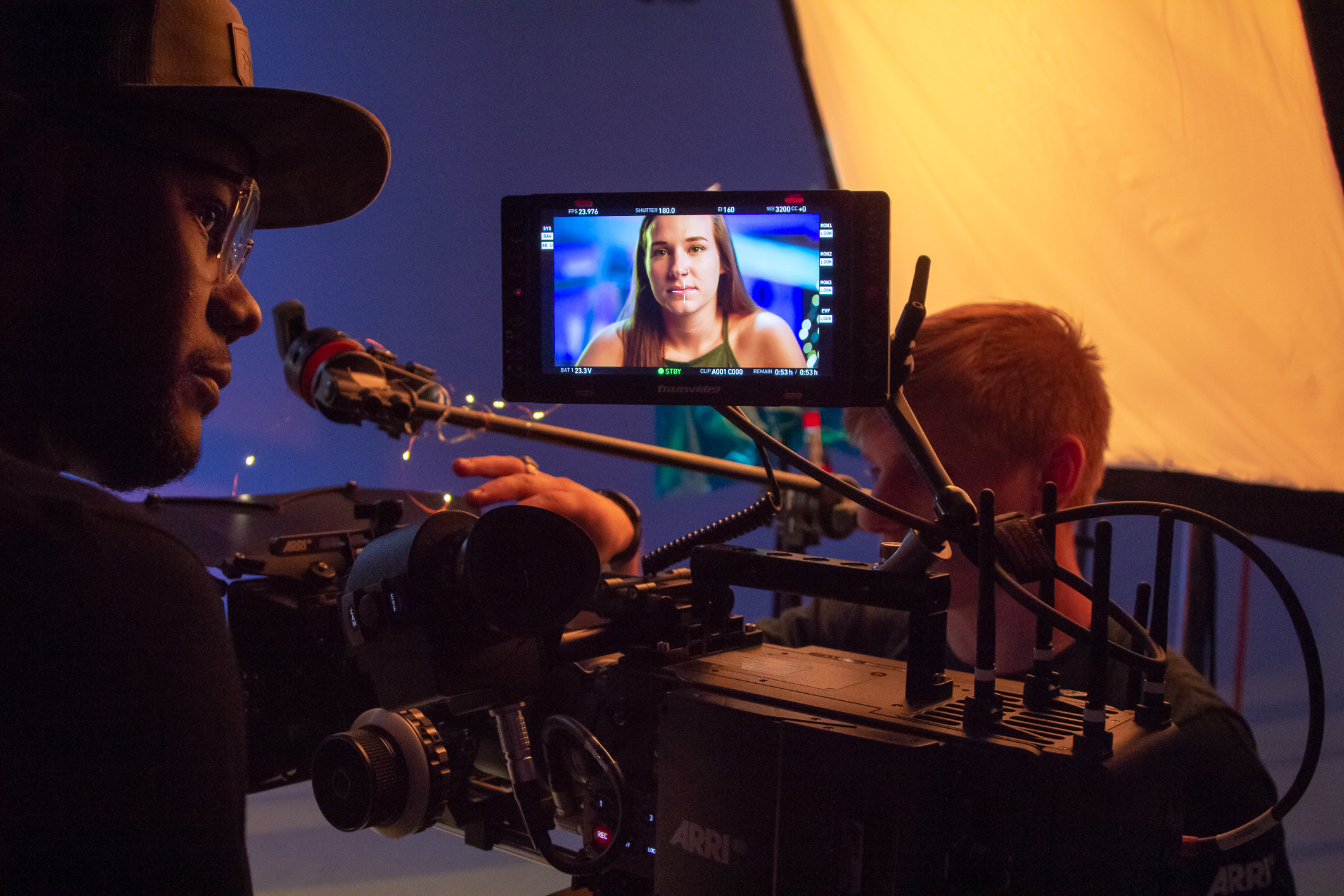 What is a camera without a lens? On show at the event was the entire line of new Arri Signature Primes built around the ALEXA LF’s LPL lens mount that has been optimized for large-format capture, and is compatible with all PL-mount lenses with the use of a PL-to-LPL adapter. A wider diameter and shorter flange focal depth than the original ARRI PL mount enable LPL-mount lenses to be smaller and lighter than earlier large-format optics. 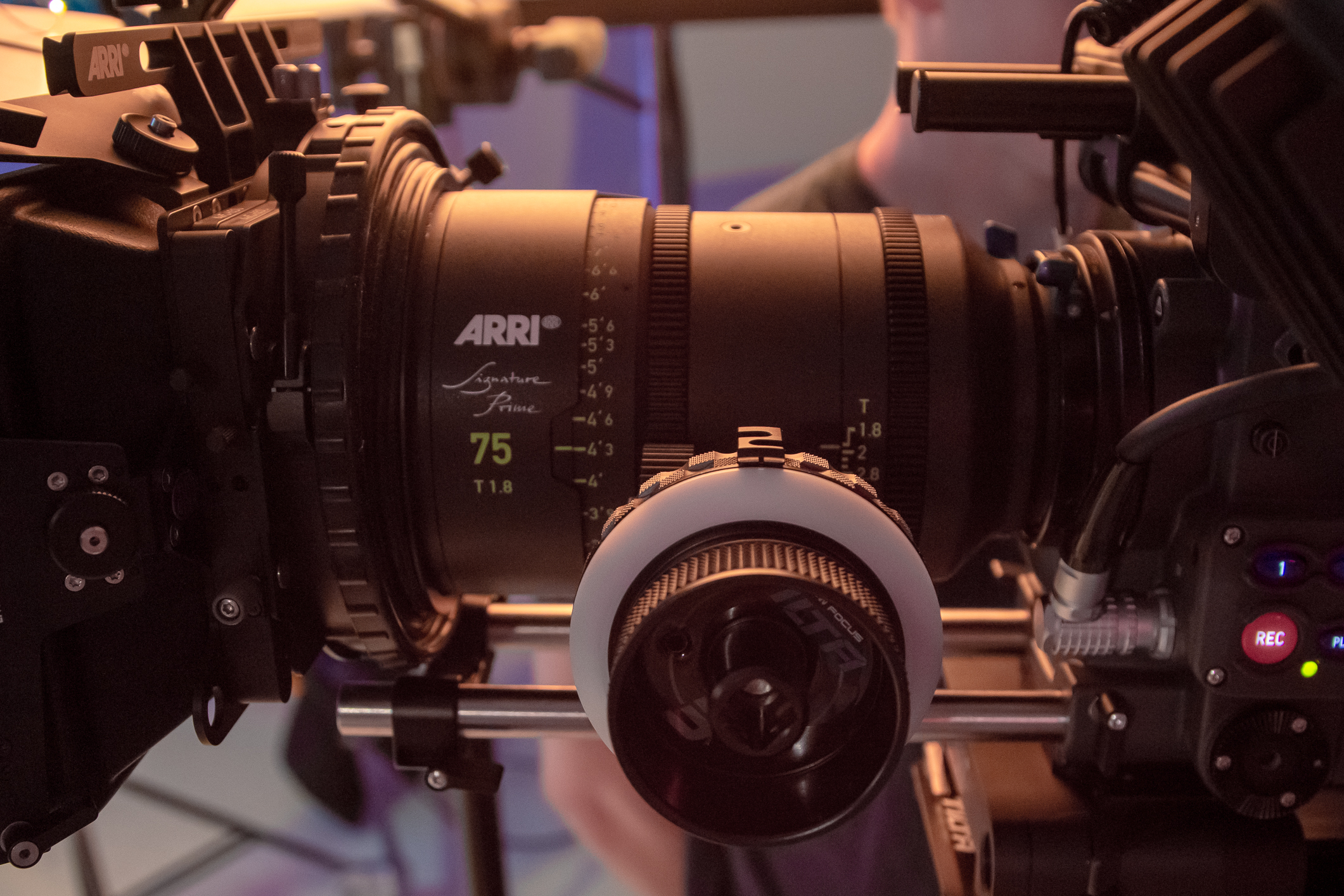 One thing I learned during the event was the ALEXA LF, which can offer an array of recording options, records onto 1 or 2 TB SXR capture drives or SxS PRO + 256 GB cards. That’s a lot of memory. It’s good to learn not only what the camera can do but also what it takes to process, store, and use the footage. If one does not budget for these sized drives you are not going to make the best use out of the ALEXA LF.  With a base sensitivity of EI 800, 16-bit processing, and a dynamic range of 14-plus stops, your footage is effectively future-proofed for compatibility with HDR displays. Frame rates up to 150 fps produce smooth slow motion and enable capture for higher-clarity HFR (High Frame Rate) projects. 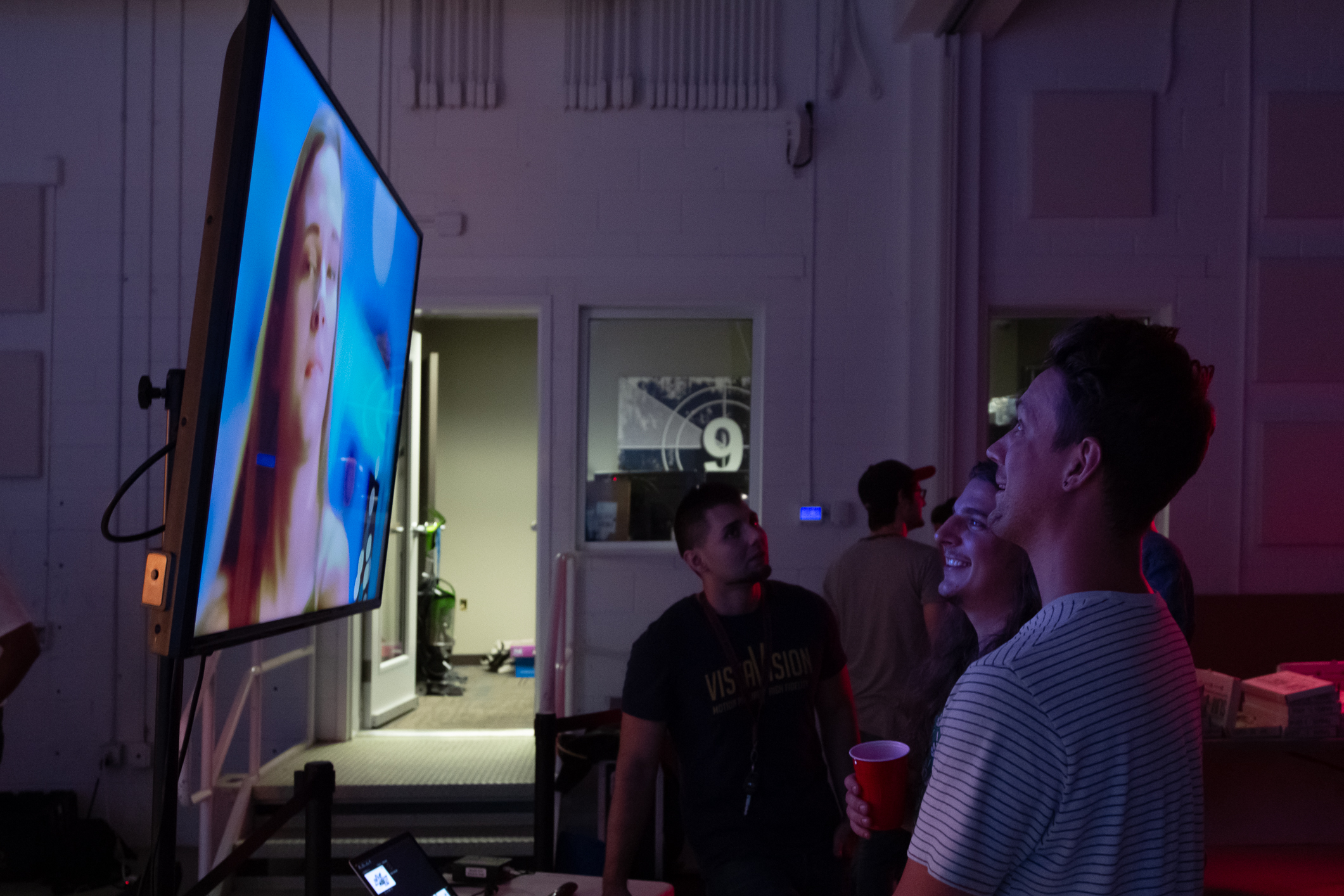 The big takeaway from this show-and-tell by Arri of the ALEXA LF was the image. It was image, image, image. One could hardly ignore the beautiful bokeh and fantastic color rendition on display. As for the science and technology behind the ALEXA LF? Attendees soaked the information up Arri presented during the event but eventually, the camera’s beautiful visuals eclipsed the whole night. Another big thing to learn about the ALEXA LF is how you and your camera crew use and manage a camera system like this one. For me, an education on keeping your subject in focus is paramount. Personally, I am not a huge fan of wandering focus in a film. To pull focus on the ALEXA LF one better come prepared with larger than normal focus monitors. Rumor has it a 32-inch monitor might not be enough to find critical focus during shooting.  A 75mm at T1.8 seems like a kind of situation that might cause the 1st AC some serious anxiety. 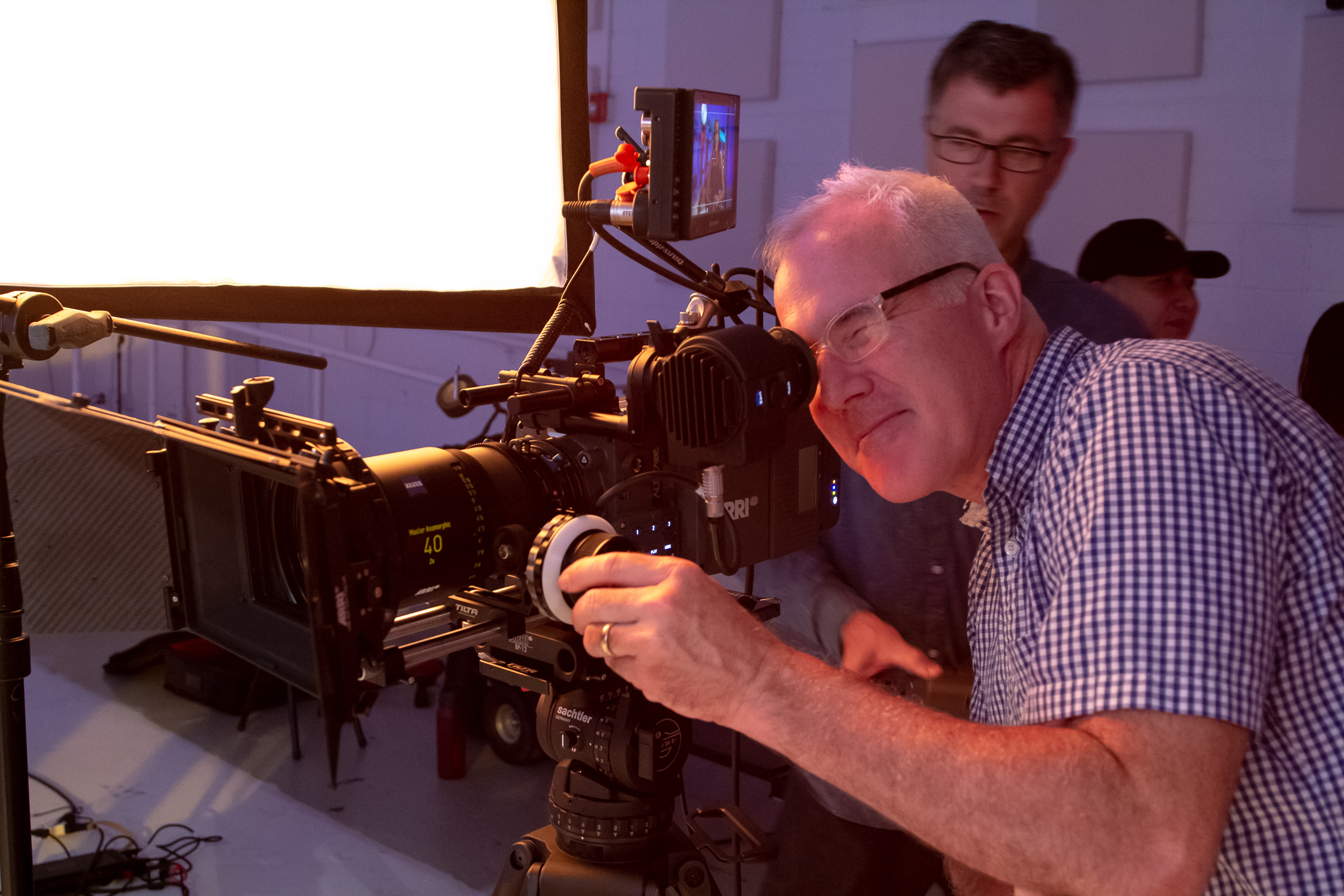 The Arri ALEXA LF was not the only item to show off at the event. On display were Contrast Visuals’ brand new set of LEICA M 0.8 lenses. Mounted to the one of the company’s ALEXA MINI’S these lenses showed off the look and character of Leica’s legendary M glass (which I hear feature an interesting interpretation of light, skin tones, and color). While these lenses are the size and weight of a compact still photography lens they have been built to work in cinematic applications. The M 0.8 lenses feature a smooth iris rotation and larger 0.8 module / 32 pitch gear rings for focus and iris. CW Sonderoptic redesigned the mechanics on these lenses to work seamlessly with cine accessories. 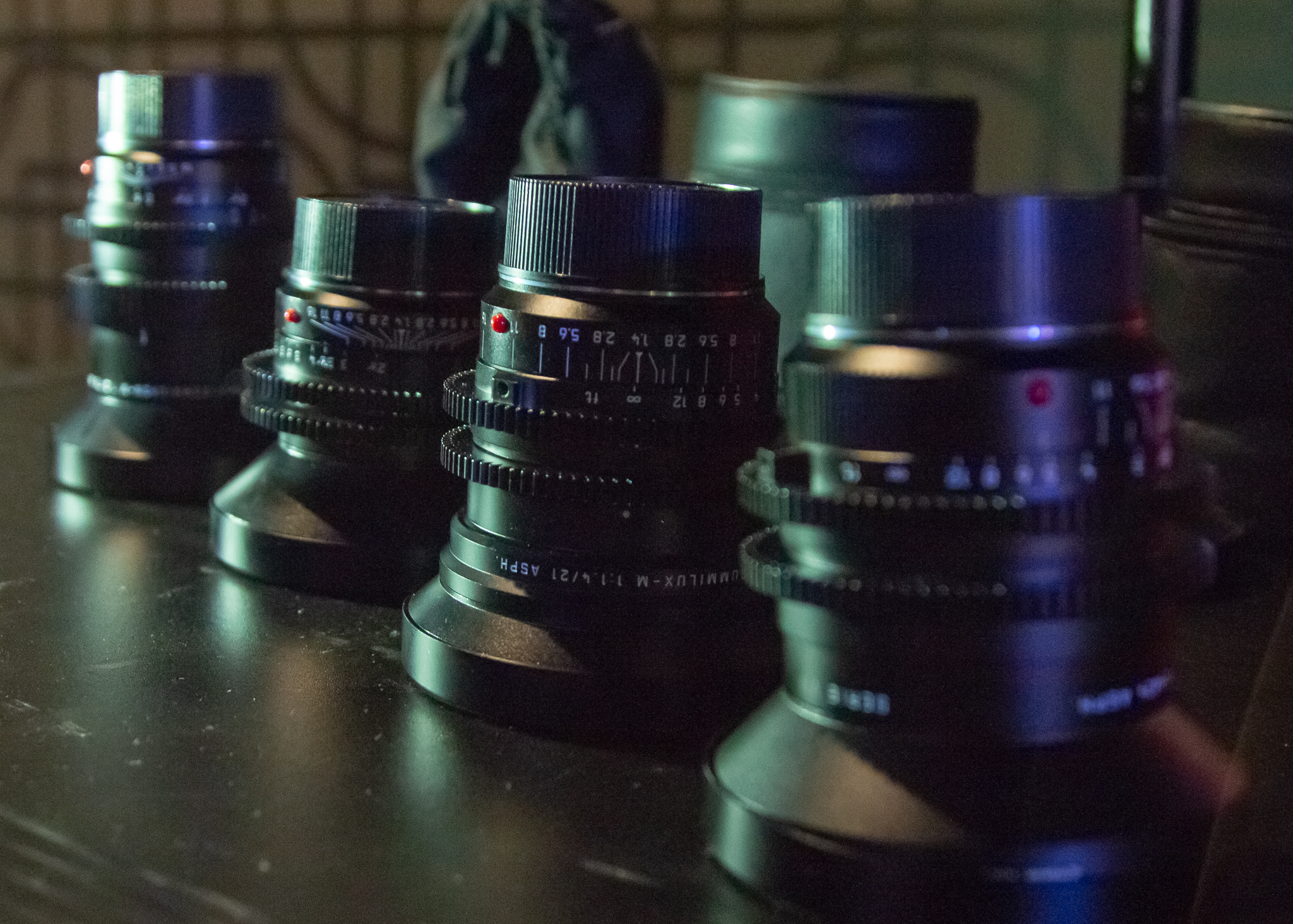 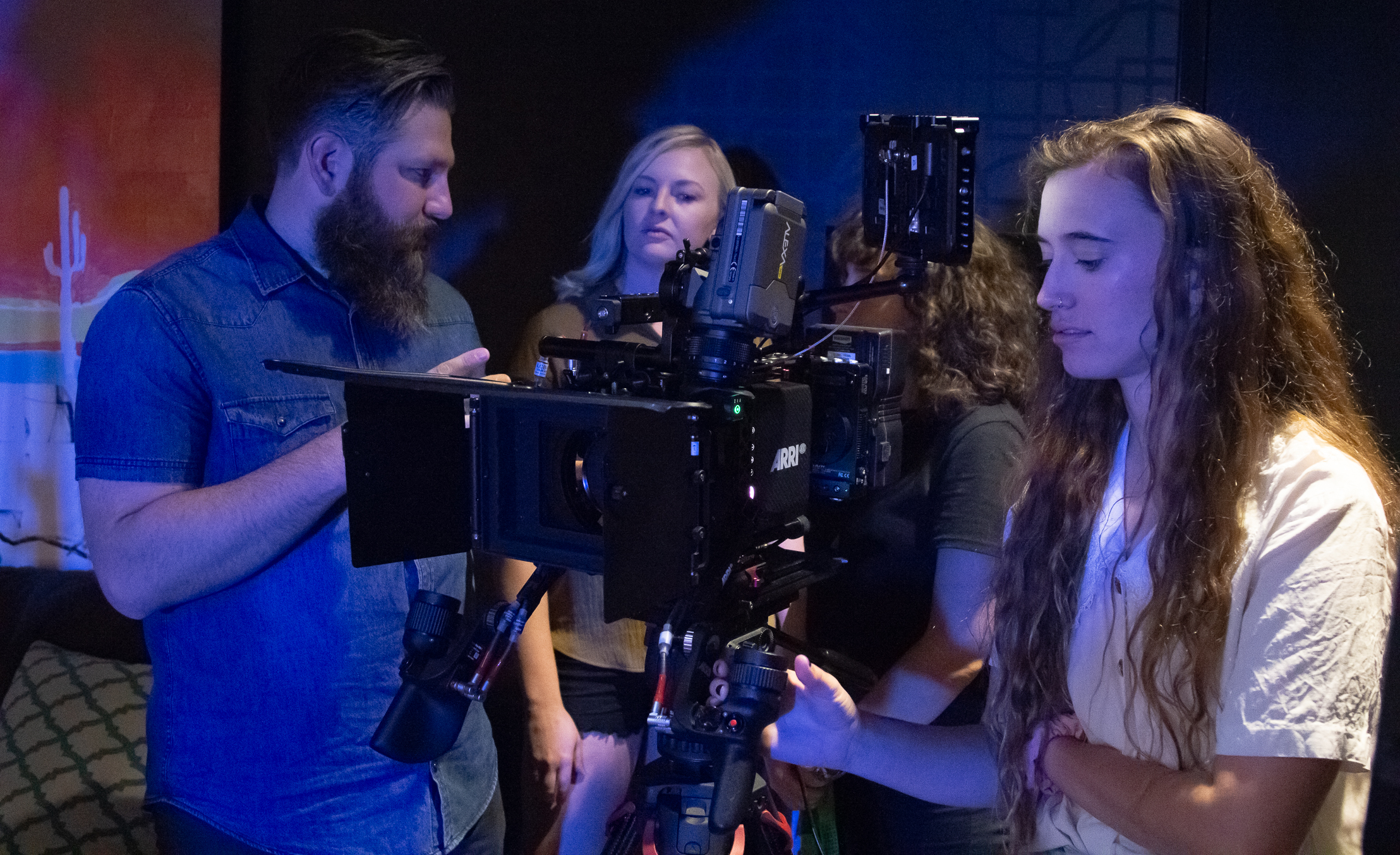 At times throughout the evening, the backroom where the LECIA M 0.8 lenses were on display became more crowded. To me, it’s the hunt for something unique in a lens. The same reason we shoot with Canon K35’s or any other vintage cinema lens but with more resolving power. Maybe it is the three-dimensionality of the image the LEICA M 0.8 lenses deliver. I do want to say, this is not to downplay the Arri ALEXA LF show, but the LEICA M 0.8 as a rental item may be more in the Nashville area shooters budgets than the ALEXA LF. Either way, it was great to see these lenses in action and I expect Contrast Visuals and Consulting will have these out for rental pretty darn often. 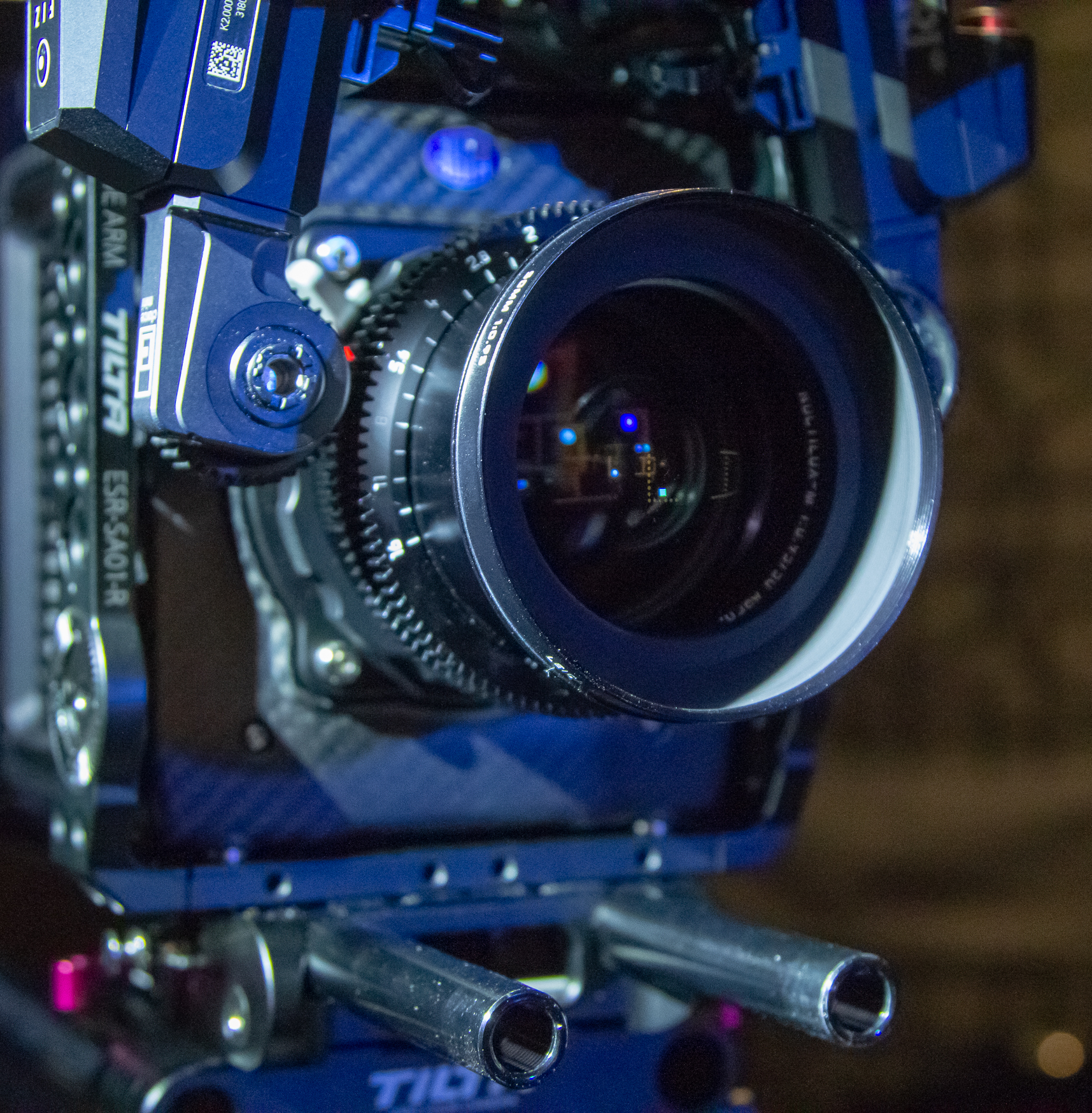