If you want a DJI drone but are on a low budget, the Tello may be your best bet. It’s a “Powered by DJI” with “Intel inside” drone wich looks like a smaller Spark, for a price you can’t resist: $99. Available next March. 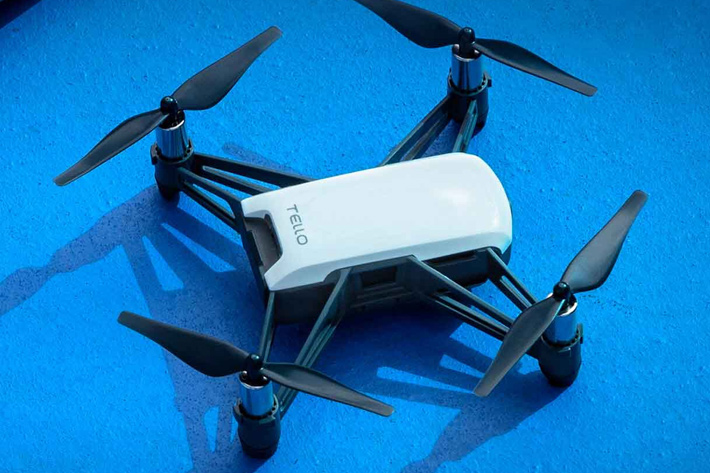 While the Tello may not be you way into aerial cinematography at a professional level, it may well be the starting point for learning not only how to control a drone, but also how to create videos with it.

Tello, introduced at CES 2018, is not a pure DJI drone, being the result of a partnership with Ryze Technology, a tech startup established in 2017 based in Shenzhen, China, which aims to make drone flying fun and exciting. The Tello is an example of that mission, a compact, take-anywhere drone that will not only allow users to see the world from the sky but also serve as an incentive for younger users or even adults to learn the basics of coding while having fun. The drone comes with an integrated Scratch programming system in Tello’s companion app, to facilitate learning.

“The idea of making play an essential part of learning and putting this concept into a drone makes the Tello more than just a toy. It’s an opportunity for kids and young engineers to discover the ingenuity and science behind aerial technology. Once they learn how it works, they will be able to do great things with it. We’re excited to see the Tello come to life and congratulate Ryze for their accomplishment,” said Paul Xu, DJI’s Vice President. 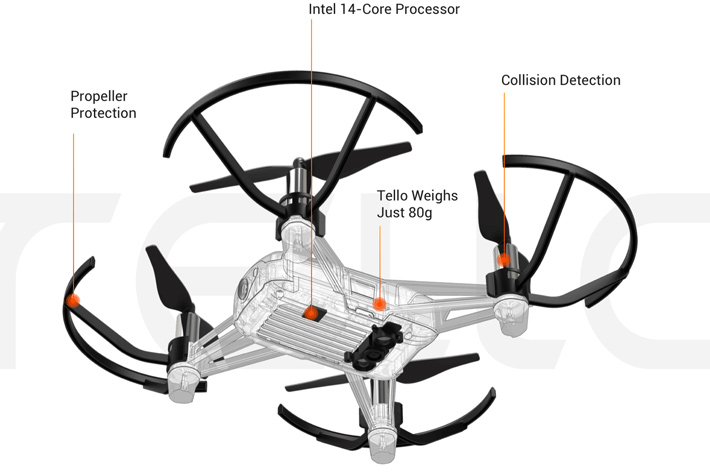 While learning is an important aspect of the new drone, the reason why I picked it up as a good piece of news for ProVideo Coalition is completely different: the Tello is a viable aerial video solution and a good starting point for anyone, photographer or videographer, aspiring to explore the options given by a stable platform that is powered by a DJI flight control system and an Intel processor, serving a HD camera.

Yes, it’s only a humble 720p video camera, but at this price point and as a tool to capture your first videos, or even to get some footage in risky conditions, the Tello may be the right answer. I am so curious about it that I just checked to see how I could order one: they will be available in China this month and in the United States during March 2018. With the Tello, DJI “enters” the low price segment of the drone market, an interesting move to watch.

Weighing less than 85g with a body that is approximately the size of a smartwatch, the drone can be activated with a quick toss and return to land in the palm of your hands in a matter of seconds. Control is through a smartphone, with the dedicated app, a Wi-Fi connection and you’re good to go. The HD camera on the drone comes with a pre-programmed one-touch flight function called ‘EZ Shot,’ letting you capture a 360 video, fly in a circle and command Tello to fly ‘Up & Out’ seamlessly. 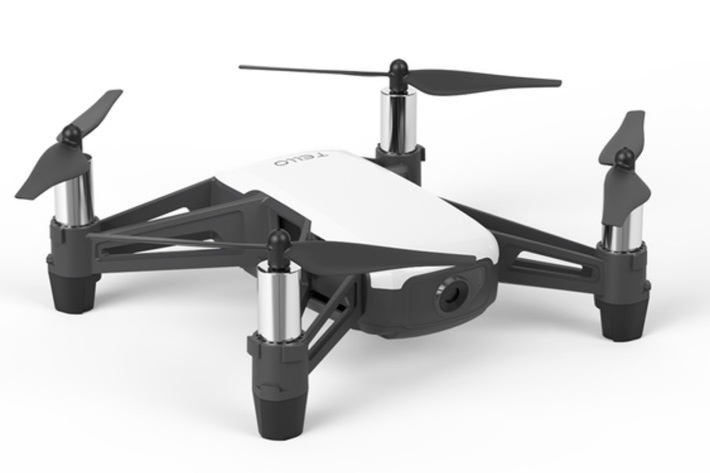 Ryze says that the Tello was designed with ease of use and safety in mind. It comes with flexible propellers, propeller guards and a collision detection system. And when your hands aren’t on the controls, Tello hovers in place without drifting. These features, plus the Auto Takeoff, Auto Landing, and Low Battery Protection features, are all made possible by the high-performance Intel vision processing unit (VPU) and DJI’s best-in-class flight stabilization technology.

The Tello features the Intel Movidius Myriad 2 VPU which receives real-time data from Tello’s 5 sensors so it can “see” the world around it. With this dedicated vision intelligence, Tello can hover with astounding accuracy and land on an outstretched palm. With all this intelligence packed inside, users can focus on enjoying the action while Tello handles the rest.

“The Tello is an impressive drone with so much intelligence packed inside such a small package,” said Remi-El-Ouazzane, VP and Movidius General Manager, New Technologies Group, Intel. “The incredible vision processing capabilities of the Intel Movidius Myriad 2 enable Ryze to miniaturize the drone and eliminate the need for multiple processors dedicated to each flying function. This is just the beginning of a promising toy market featuring robotics, AI and computer vision technologies.” 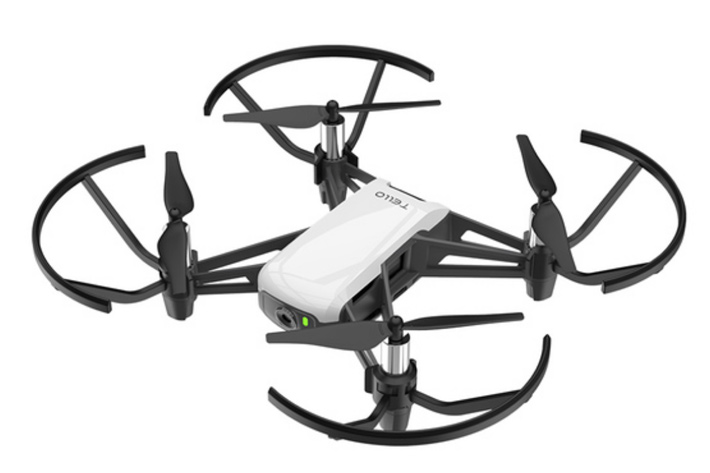 For those that crave speed and adrenaline, the HD camera on-board the Tello allows you to see what it sees in real time, putting you in the pilot seat. Real-time HD video transmission to your smartphone or tablet will let you experience your world in exciting new ways. It will also be compatible with select third party VR headsets for those that opt for a more exhilarating experience or to get a taste of drone racing. The Tello will be compatible with select third-party remote controllers so that you fly as if you’re playing a video game console. With intuitive controls and up to 13 minutes of flight time, you can quickly zoom around obstacles, perform stunts, explore your surroundings, and fly back home safely without worrying about battery life.

Offering HD video with electronic image stabilization captured with the use of EZ Shots, to record coordinated short videos with Circle, 360 and Up & Away, and the option to capture 5 MP photos, the new drone may be, as said by Remi-El-Ouazzane, VP and Movidius General Manager, New Technologies Group, Intel, “the beginning”, but not only of “a promising toy market”, but of the appearance of more sophisticated drones at lower prices. Will we see a Full HD Tello II  from Ryze Technology in the near future?