Back in film days, photographers would take notes about locations. Now you can just snap a few shots. 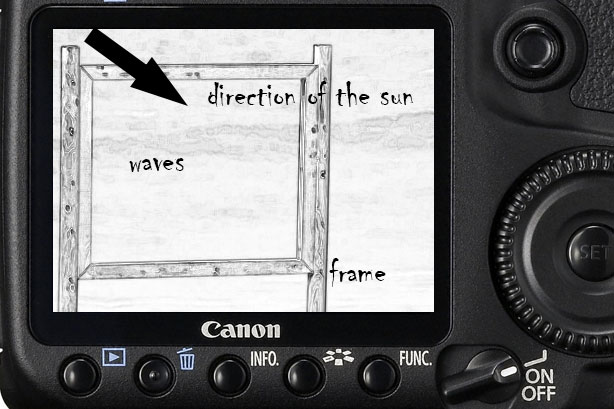 I scout places regularly and when I find something interesting, even if the conditions are not right, I take pictures, as if I wrote notes or made sketches about potential subjects.

Scouting locations is something I tend to do a lot, although my photographic practice happens within a specific area which I visit over and over, never tired of looking at what most people think are always the same things. People may think I am nuts to keep taking pictures, because I know some of the places with my eyes closed, but in fact so much is happening all the time, that the best way to deal with it is to take notes, pardon, pictures. 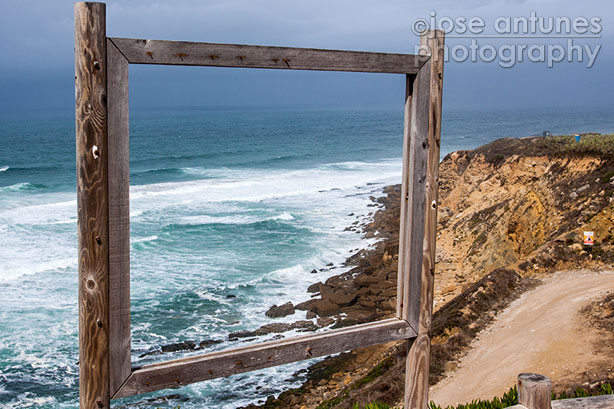 The stretch of coast I cover, and which I call The Atlantic Realm, is around 100 kilometers long, meaning I can visit most spots in a single day. But I don't. If I go to an area, I stay there for a long period, sometimes a whole day. I may return the next day, or some days in a row, if I find something interesting. I like to watch as things unfold in front of me, and that, sometimes, takes a good amount of time!

On a weekend outing with my wife, recently, I came across a sign on the cliffs over a beach. Someone broke it, leaving just the frame. What attracted me was the framing options. As I deal a lot with coastal areas, photographing them and from them the majestic Atlantic Ocean on a coast legend says was once part of Atlantis (well, some legends say), the idea of framing the ocean through the frame interested me. Even if it is nothing new, it is always a good image to show people. 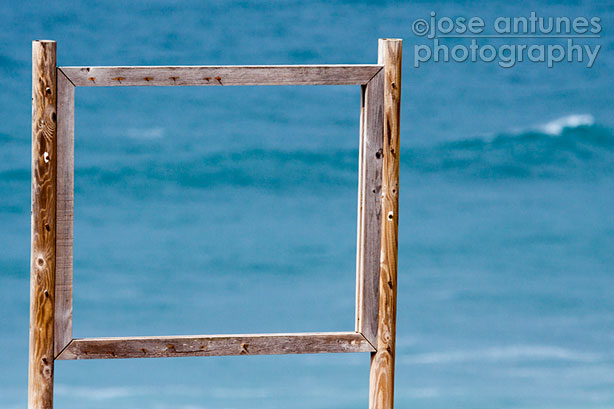 I saw the picture I wanted, I even shot some images that were not final, but that I could use as a starting point. I tried one sideways, with the coast line, but it does not work. A square on view seemed to be better, because it gave the absolute idea of framing, as if in an exhibit. But that specific day there were no waves on the right angle, so I took the image as a field note, to remember the thinking process that led me to the decision.

Now, if it was old times I would probably write notes in a notebook, even make a sketch, but these days I rarely do it – although it can be an interesting tool, and a good hand exercise too. I take some pictures and that's enough. The image I created for this article, with the camera LCD, is just an illustration, but it serves the purpose: to remind us that we should always take field notes on subjects we intend to go back to. 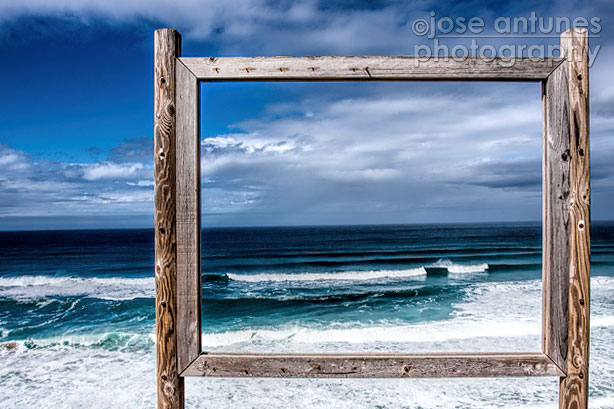 To cut a long story short, the last image in this series shows what I got by going back to the same place some days later, with different conditions at sea. Having checked the tides I knew there was a chance to get waves forming within the frame area. The good weather on that specific day, with clouds and blue skies, made the rest to give me a good picture. I just had to wait for the right wave to form in my frame, and shoot. Now I have a new subject to photograph all year long, with different weather and sea conditions, to make a series of images of the Atlantic Ocean framed as if for an exhibit. At least until someone repairs the sign and covers my unexpected frame.