I decided to look at some raw clips I shot with the Sony FS700 and R5 recorder. On the Sony booth there was a PMW-F55 with a 50mm f2 Sony PL lens next to an FS700 with the 18-200mm Sony servo zoom and this was attached to the IFR5/AXS-R5 combination for raw recording. This gave me the opportunity to grab some almost side by side raw comparison footage from both cameras. Now this is hardly a fair contest. The F55 had one of Sony’s great PL mount lenses and the FS700 had the low cost zoom.

The cameras were at least shooting the same scene, a reasonably contrasty set with about a few shiny highlights and with strong colors. Despite the vastly different lenses the results were quite surprisingly close. 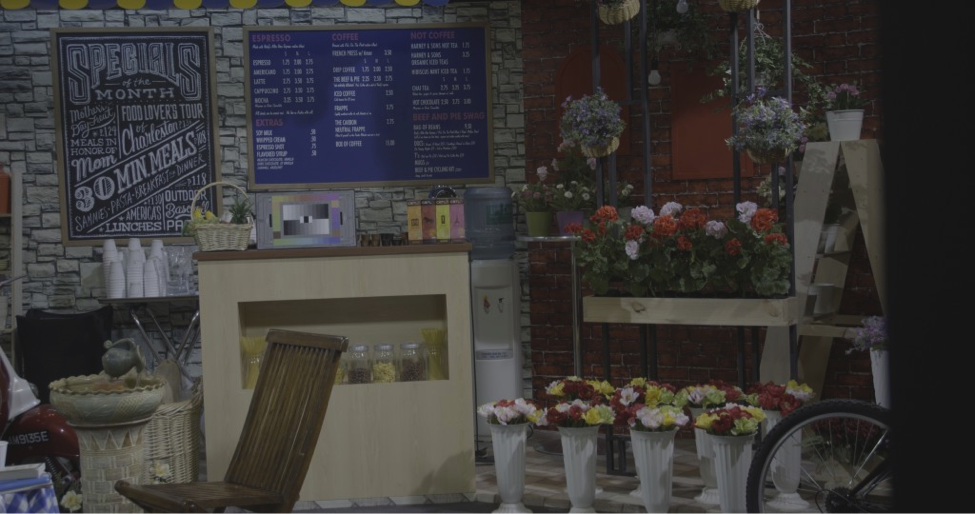 I didn’t really expect to see much of a difference; after all these are both cameras shooting raw with very similar sensors (the FS700 quite possibly uses the same sensor as the PMW-F5). The F55 sensor has a wider color gamut and the raw output is 16bit while the FS700 is 12bit. So how does this translate into real world footage? Although I have included a couple of frame grabs from the raw footage converted to SLog2, DO NOT USE THESE TO LOOK CLOSELY AT THE IMAGE QUALITY. They are 8 bit jpeg frame grabs, so they do not have the amazing flexibility or grade-ability of the original 12bit and 16bit raw files. 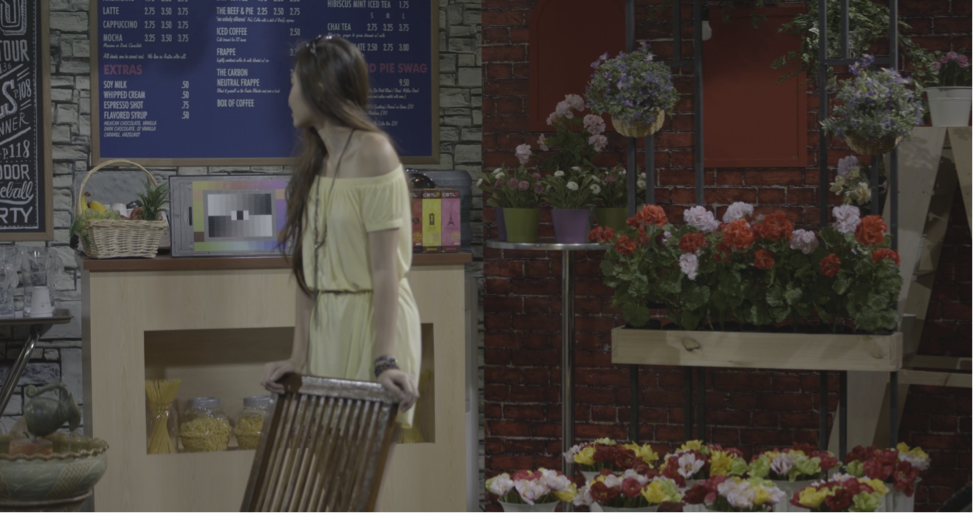 To compare the clips I used Sony’s raw viewer software as well as Adobe Premiere CC with the Sony raw plug-in (see bottom of post for links to the apps). I tried to use Resolve, but it won’t open the FS700 raw clips at this time, full FS700 raw support will be included in Resolve 10. I have uploaded a couple of very short raw segments from the clips for download from here: www.alisterchapman.com/samples/fs700-f55-raw-samples.zip As always I ask that if you do download the files (380MB) and find them useful that you make a small donation to help cover my hosting costs.

So what do I see? Frankly there really is very little difference between the two. The 18-200mm zoom exhibits a bit more flare on highlights, but otherwise does a pretty good job. One thing that did surprise me was to see the native ISO of the FS700 marked as 500ISO in the raw viewer. I don’t know whether this is normal or whether I had the camera set in some odd mode, but I had expected to see a higher native ISO. I need to learn more about the FS700′s raw mode and do some further tests! You can see the wider color gamut of the F55. The colors are not just richer but also deeper. By that I mean that there is greater color contrast between some of the very deep and strong reds in the scene. In addition the F55 material can be manipulated just a little harder before the image degrades, but this is still only a small difference and you really can push both very hard. Perhaps a scene with a greater dynamic range and the exposure pushed more towards its limits would show a greater difference, but for this scene the differences are tiny. I would expect 16bit raw to have an edge over 12bit raw, but clearly, exposed correctly and with a fairly typical scene contrast range both are very, very useable. Looking at the highlights and reflections on the wooden chair I suspect the dynamic range of both cameras is about the same.

The FS700 in raw mode clearly punches above its price point and it begs the question: Why by an F5 or F55 when the FS700 is almost as good? Well, not everyone is going to shoot raw all of the time. The F5 and F55 have the ability to shoot 10 bit compressed internally using XAVC or SStP (The HDCAM SR codec – coming soon in a free update). You can also shoot 8 bit XDCAM with the F5 and F55 to create a proxy file to the raw for editing, although admittedly you can shoot using AVCHD at the same time as raw with the FS700. The F5 and F55 are far better ergonomically and have a multitude of outputs for monitoring. Adding the IFR5 and R5 recorder to the FS700 does create a somewhat clumsy camcorder with either the recorder mounted on rails behind the camera or kept separate and used as a portable recorder. The F5/F55 with R5 docked to the camera is a beautifully elegant design. Don’t forget as well that the F55 also has Frame Image Scan which completely eliminates rolling shutter artifacts. But these features and ergonomics will deprive you of more of your hard earned cash. In pure “bang for your buck” terms the FS700 and IFR5/R5 is a very powerful combination.

I have an FS700 and I’m trying to decide whether to get the IFR5 so I can use it with my R5. I don’t think I’m going to bother; instead I’ll wait for the Convergent Design Odyssey 7Q. 2K raw at 240fps will be very nice to have and 4K compressed will also be useful as an alternative to the F5 and 4K raw. The Odyssey 7Q is a much neater solution with the FS700 and works out cheaper than the IFR5/R5. As well as being a raw recorder it is also a first class OLED monitor, so has many uses beyond the FS700 adding to its value.

It’s a great time to be a cinematographer on a budget. If you want 4K raw, only the IFR5/R5 can record this with the FS700 (it’s a shame that Convergent Design are not allowed to record 4K raw on the Odyssey, it could do if Sony would let them). The image quality from the FS700/R5 is incredible and there is no reason why you could not shoot a Hollywood blockbuster with it. I do much prefer the ergonomics and recording flexibility of the F5/R5 but it is quite a bit more expensive, the FS700 is a fantastic camera that just became a whole bunch better.