Though he started his professional career touring Europe as a musician, today Patrik Forsberg is the Creative Director at Stiller Studios, a Swedish creative agency that focuses on intricate motion control work. The path he took to get where he is today was paved with skill, creativity, and bold decisions. He is now working on achieving his vision—producing precise motion control work that rivals what can be achieved in Hollywood blockbusters, at a fraction of the cost.

Though he started his professional career touring Europe as a musician, today Patrik Forsberg is the Creative Director at Stiller Studios, a Swedish creative agency that focuses on intricate motion control work. The path he took to get where he is today was paved with skill, creativity, and bold decisions. He is now working on achieving his vision—producing precise motion control work that rivals what can be achieved in Hollywood blockbusters, at a fraction of the cost.

While the focus of Stiller Studios is narrow, Forsberg hopes that it can help democratize the creation of advanced shots typically only available for high-budget films. To capture these shots against almost any background—from 3D scenes to pre-shot stills and moving plates—Stiller Studios uses a range of equipment, proprietary tools, and off-the-shelf products, including the video apps in Adobe Creative Cloud. 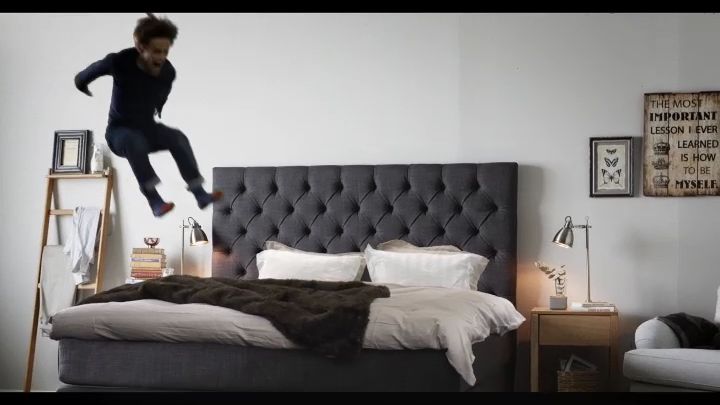 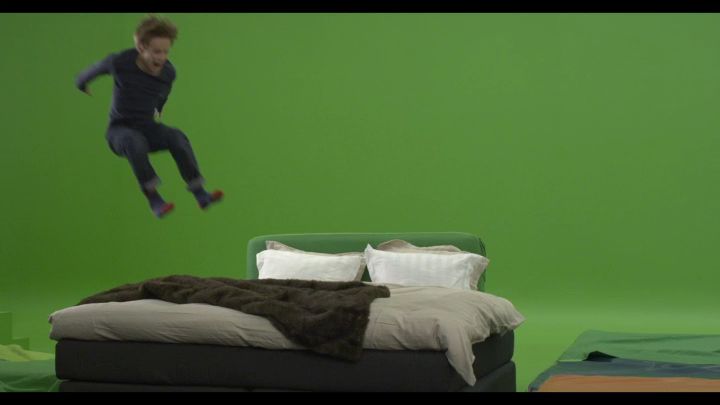 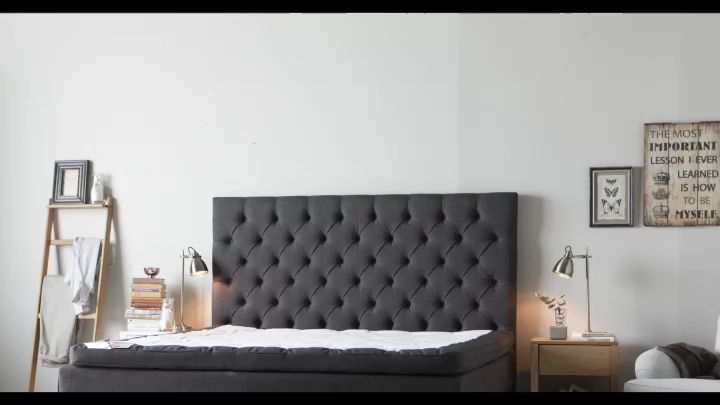 Adobe: What led you to working in visual effects?
Forsberg: My career includes producing radio commercials, films and videos, visual effects and motion graphics, and live action on computer generated images (CGI). Ultimately, I wanted to do something that has never been done before. I had a vision to build the best place in the world for live action on CGI with a moving camera. It required a lot of investment and learning to get started, but it’s amazing how far we’ve come!

Adobe: What equipment do you use in your studio?
Forsberg: We built our studio in 2007 around the same type of equipment used on Harry Potter and Quantum of Solace. The first unit we bought was a Cyclops motion control from Mark Roberts Motion Control. It weighs 4.6 tons, reaches up to six meters, and is the most exact motion control available. We also have a six axes Motion Base, a moving platform that can carry up to one ton, and a high speed motion control called Bolt.

We use plenty of proprietary software and workflows to help us reach our goal: to be world leaders in live action on computer generated images with a moving camera and live on set previsualization from anywhere. 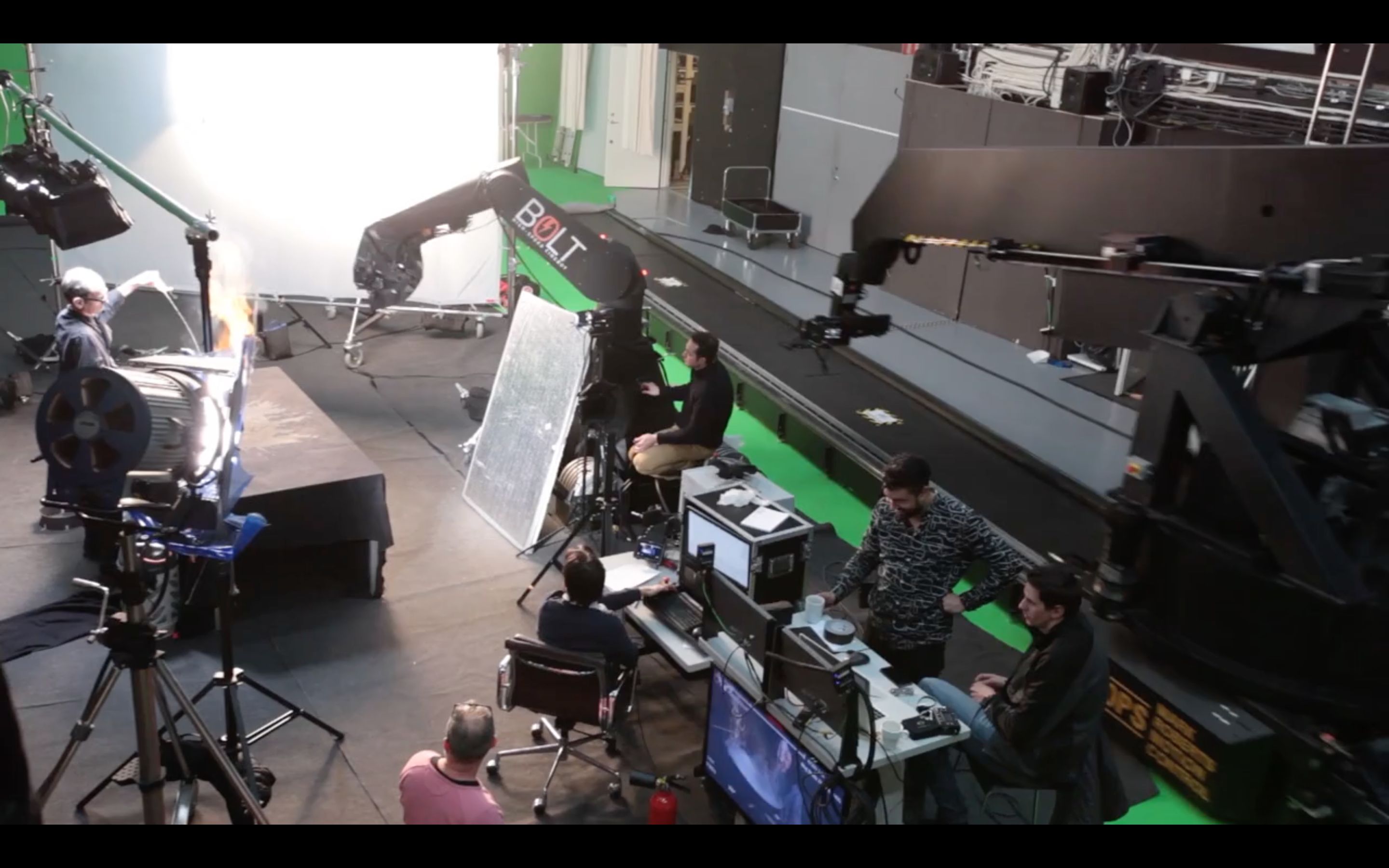 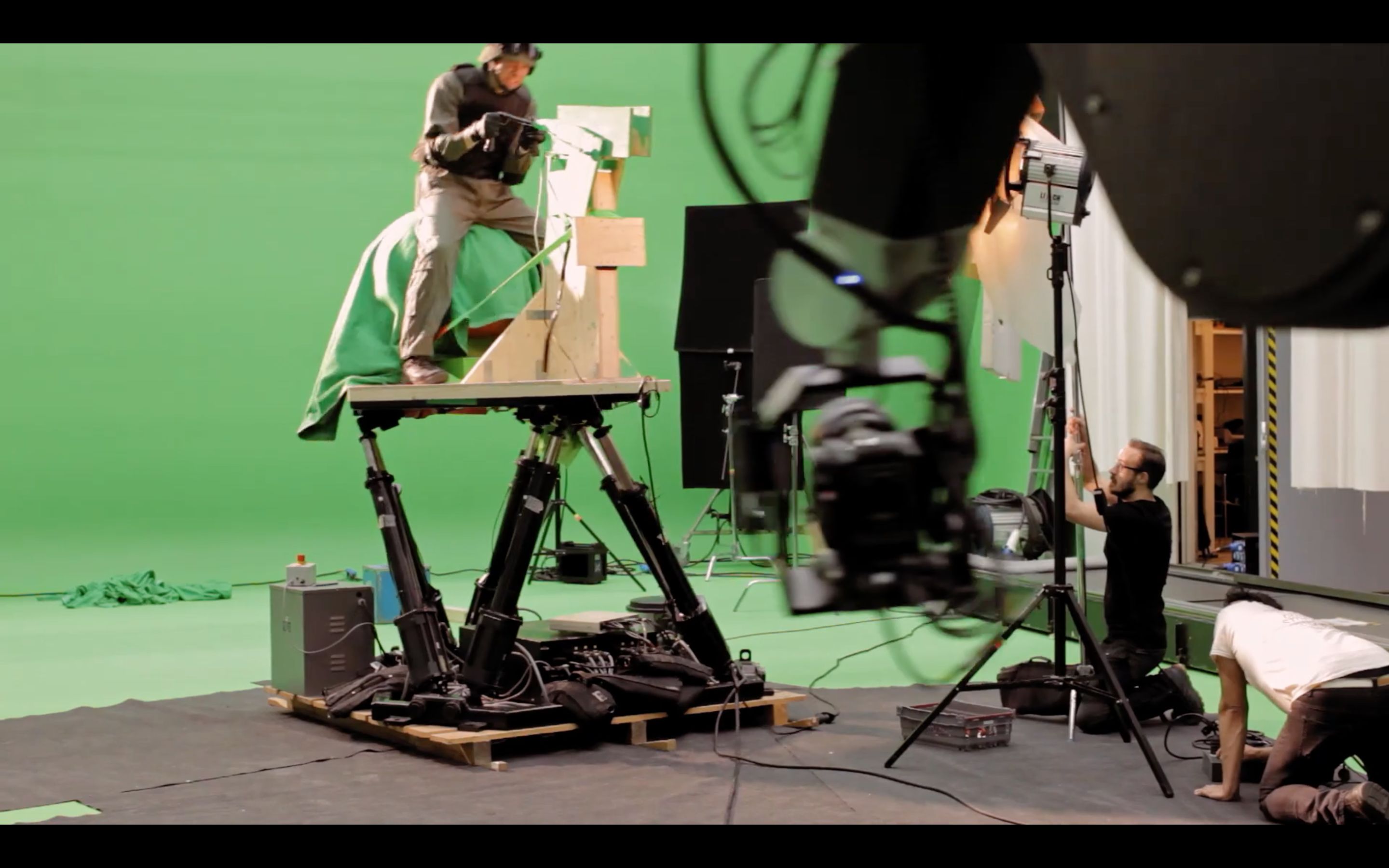 Adobe: With all of the specialized gear, how important is planning in your process?
Forsberg: Previz is critical to every project. We start off with a storyboard and talk to the director and VFX director about what they want to achieve. Then we produce a 3D previz and 3D setups, put things together, check the pace, and see if it looks right. Next, we start setting up everything for the studio.

Adobe: How do you combine the physical equipment with the software?
Forsberg: We see the studio as an add-on to the 3D or finishing program. Instead of sending things out to the compositing software and 3D program, we think of the studio as a plug-in to it. If we need another layer and that layer will be live action, we think about how it should be shot in order to be pixel on pixel when we put it on the CGI content, so everything is lined up perfectly and looks as realistic as possible.

We’re working hard at getting it perfect, and we’ve got it down to 0.0014 degrees, which is sort of exact. We don’t need tracking markers and we don’t need to do any post tracking. We can just go in and shoot, using virtual sets as if they are real. Actors see where they are and the directors and producers see a live comp with a moving camera. 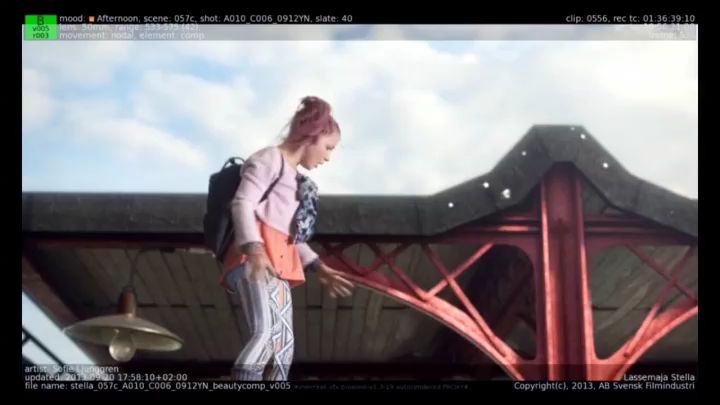 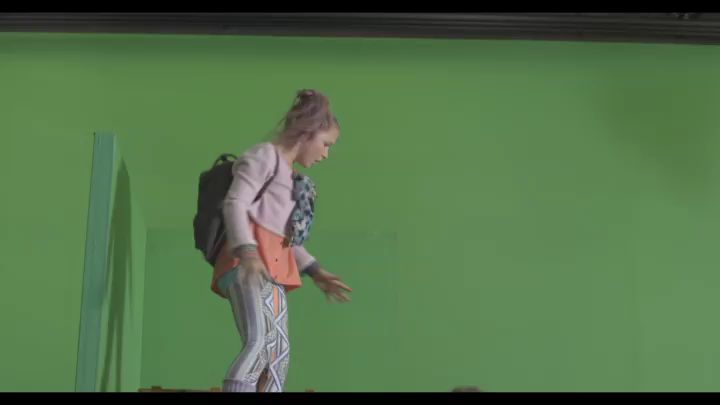 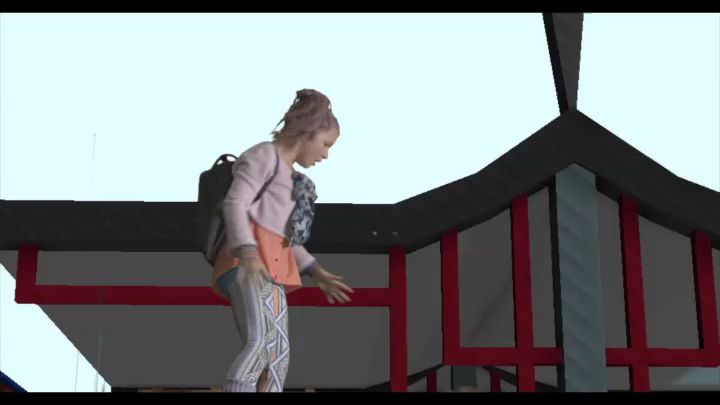 Adobe: What software do you use?
Forsberg: Our whole system is made of off-the-shelf products, and proprietary software. We use Maya, 3D Studio Max, Motion Builder, Unreal, QTake, Flare, Adobe Premiere Pro CC, and various compositing software including After Effects CC.

Once we’ve shot everything it goes into compositing software, such as Premiere Pro or After Effects, as different layers. Seconds after a shot, artists can make sure the light is coming from the right direction and everything is set up right and then start working on it. We like that our artists can focus on making shots beautiful rather than fixing problems.

Adobe: What is your core value proposition for filmmakers?
Forsberg: We produce live action on computer generated images and deliver pixel on pixel for the artist in the end. We shoot technical stuff in a way that makes sense to people who are more traditional storytellers and filmmakers. Instead of getting one or two shots a day, which is typical with this type of work, we can accomplish the fifteen or sixteen shots a day that you get on feature films or commercials.

We’re the only place in the world where you get all the data and film layers on top of the 3D or pre-produced layers, seconds after you shoot. It’s a narrow technique used mainly on blockbusters as well as some big TV series. We’ve built a workflow that is available, not super expensive, and fits in with European or Swedish film budgets. We’re making it possible to shoot scenes that look as cool as big American blockbuster movies.

In an ordinary green screen, motion control shoot environment filmmakers don’t see an edit until three to five days later. If they’ve done something wrong it’s too late to change it. It’s important to be able to see what we have seconds after a shot, especially for people who don’t regularly work with visual effects. They can get a feeling for what it’s going to be and see that it is going to work. It makes things much faster and reduces the amount of content we shoot that never makes it on screen. 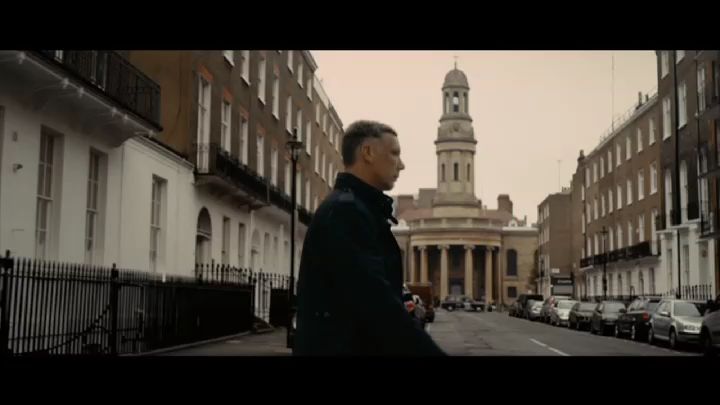 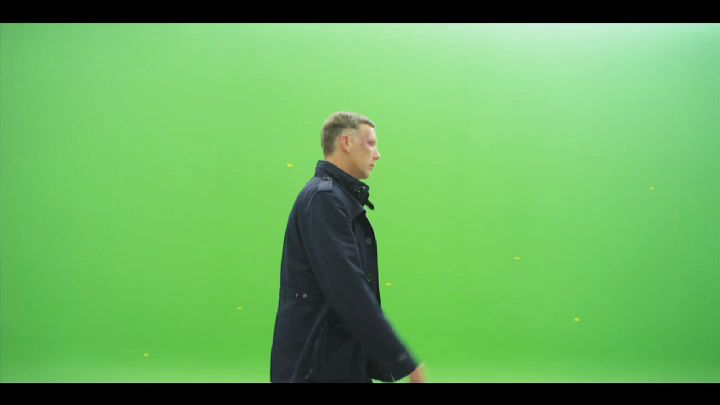 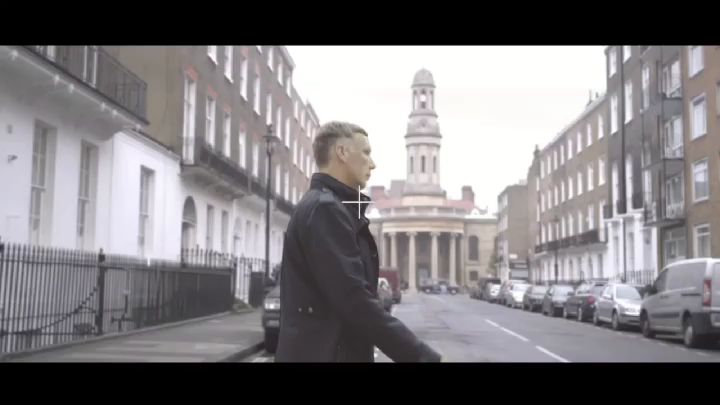 Adobe: Why is a workflow like this needed?
Forsberg: If you look at blockbusters for the past 10 years, somewhere between 90% and 95% have used techniques like this, but in inefficient and expensive ways. Just setting up a workflow like ours is $600,000 to $700,000. We wanted to do something that worked for European budgets, where we can deliver a setup that lets filmmakers shoot really cool shots for considerably less cost.

If our setup works for you, there’s no way you’re going to do it more efficiently anywhere. On feature films we’re saving 70% of manpower costs in post-production by having computerized system delivering everything as a pre-comp in the compositing software of choice, including After Effects and Premiere Pro. Everything is aligned and setup, and artists can go straight in and get to work.

Adobe: What’s next for Stiller Studios?
Forsberg: We did a couple of feature films in the early 2010s. We’ve also produced some of our own technical films telling about our high-speed motion control workflow. One hit 10 million downloads! With more and more people seeing what we can do we’re getting a lot of interesting propositions.

We’ll likely do some work with American and British filmmakers in our studio in Stockholm. Everyone wants to know if we can build another system somewhere else. It is possible to duplicate, it’s just a matter of getting the right hardware and implementing all of the software knowledge we’ve gained.