Future Media Concepts (FMC) and NAB today announced they will co-host this year’s NAB Show keynote presentation, a panel discussion featuring Fusion-io chief scientist and Apple® co-founder Steve Wozniak, and visual effects supervisor Rob Legato, who just won his second Oscar® for his work on the 2011 film “Hugo.” Joining them in the discussion will be Fusion-io visual computing industry manager Vincent Brisebois and Adobe® product manager Steve Forde. The speakers will discuss “How Creativity and Technology Merge to Influence Storytelling and Film.” 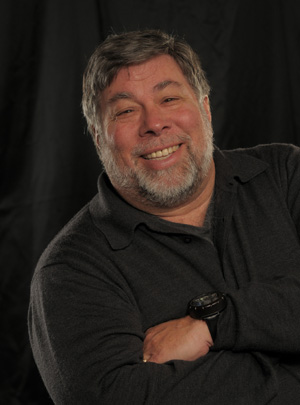 Wozniak and Legato will share their thoughts on how creativity and technology intersect to foster compelling storytelling. Brisebois and Forde will give attendees a glimpse into how Adobe’s and Fusion-io’s latest advances in digital technology can be used to help create engaging, thought-provoking work more quickly than ever before.

FMC will co-host the presentation along with NAB as part of Post|Production World, the world’s leading training event for production and post-production professionals. Adobe and Fusion-io are sponsoring the presentation, which will take place from 10:30-11:30 a.m. on April 15 in room N249 at the Las Vegas Convention Center.

“We’re producing Post|Production World because we want not only to help content creators stay on top of the technology that drives their profession, but also to show them ways to use that technology to the maximum benefit,” said Ben Kozuch, president, co-founder of FMC and the conference chair. “What better way to kick off the sessions than by hearing from some of the most esteemed, most creative minds in the business?”

“P|PW has led the industry in preparing content creators with the tools and training they need to take their work to the next level,” said Chris Brown, NAB Show executive vice president, conventions and business operations. “The event is also consistent in delivering compelling speakers in entertainment and technology, and Steve Wozniak is no exception. His insight on how technology is affecting the trade is sure to be a draw for NAB Show attendees this year.”

“Adobe is very excited to be a part of bringing two visionaries to the same stage,” said Steve Forde, product manager for Adobe After Effects. “Software, at its best, turns the computing power of hardware into fuel for creativity, so who better than Steve Wozniak and Rob Legato to talk about how Adobe bridges these worlds. We’ll share a worldwide first look at the best version of After Effects in a decade, highlighting performance improvements that will enable users to be up to ten-times more productive, fueling real-time creativity.”

“As artists’ workloads get more demanding and complex, Fusion-io can simplify the technical side of production so creative professionals can focus on creativity and storytelling,” said Vincent Brisebois, Fusion-io visual computing industry manager. “Given our chief scientist’s history in cutting through complexity with innovative technology, we’re very proud to team up with Adobe for the NAB 2012 Post|Production World keynote to share Woz’s perspective on the intersection of creativity and technology.”

A 30-minute Q&A session for members of the media will take place immediately following the keynote address.

More information and registration for Post|Production World, including the keynote presentation, is available at www.nabshow.com under education, then training.

NAB Show, held April 14-19 in Las Vegas, is the world’s largest electronic media show covering filmed entertainment and the development, management, and delivery of content across all mediums. With more than 90,000 attendees from 151 countries and 1,500+ exhibitors, NAB Show is the ultimate marketplace for digital media and entertainment. From creation to consumption, across multiple platforms and countless nationalities, the NAB Show is home to the solutions that transcend traditional broadcasting and embrace content delivery to new screens in new ways. Complete details are available at www.nabshow.com.

In addition, FMC is a leading producer of education-rich conferences for today’s leading electronic entertainment tradeshows both in the U.S. and internationally.

More information is available at www.fmctraining.com.