Delivering content for some of televisions top shows, including House of Lies, Grey's Anatomy, and, of course The Walking Dead, Stargate Studios continues to break the mold of how feature films, television series, electronic games, and commercials are generated. The studio was founded in 1989 by Sam Nicholson, a distinguished cinematographer and visual effects supervisor with 30 years of expertise in film, television, and visual effects. The now international production company provides concept development, advanced production services, and state-of-the-art postproduction services.

In an industry that requires ever-more impressive productions to be created with the same or even smaller budgets than in years past, Stargate has developed a winning strategy. We had a chance to sit down with Sam Nicholson, CEO and founder, and Adam Ealovega, vice president of technology for Stargate Studios to learn more about their strategy and success. 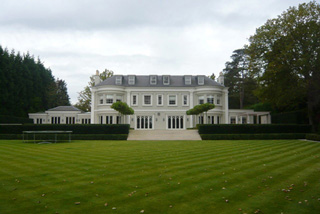 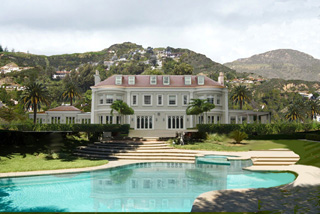 Adobe: What do you think differentiates Stargate from other studios?
Nicholson: Over the years, Stargate has adopted the latest cameras, visual effects, editing, and other tools and pushed them to their limits. We have always stayed at the forefront of technology with developments such as our Virtual Backlot (VB), VB Library of virtual environments and stock locations, and VB Live process of real time compositing. We’ve also developed and refined a diverse array of proprietary production tools. And our people are the best of the best, with advanced skills in live action film, HD production, CGI, digital compositing, matte painting, and on-line HD editing.

We are working really hard toward streamlining the difficult process of visual effects. Most people think of VFX like an all-day root canal. They’re expensive. They’re slow. They’re painful. We’re working hard to change that. For instance, on The Walking Dead, we’re showing how creating zombies digitally can be faster and less expensive than physically producing them using prosthetics—although the award-winning prosthetics on The Walking Dead are impressive and deserving of the accolades they receive. 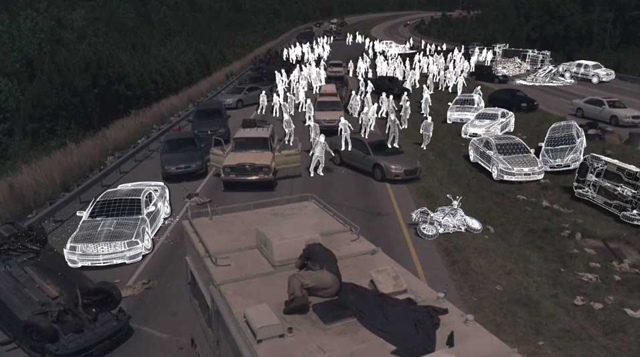 Adobe: What does being at the forefront of technology mean from practical and business standpoints?
Nicholson: We’ve been able to grow a company based in Los Angeles to a company where we now have facilities in Los Angeles, Toronto, Berlin, Vancouver, Malta, Atlanta, Dubai, and soon Cairo. And what’s amazing is that we can go into countries like Germany or places in the Middle East and win the business, where their cost of business and labor is much lower. We’re not just involved in doing blockbuster features with unlimited budgets. Instead, we’re doing a lot of international TV shows and blockbusters where budgets are very, very low—but at the same time, we refuse to sacrifice quality and creativity. One major benefit is our use of Adobe Creative Cloud. The software is well integrated and easily attainable via Creative Cloud. Everyone is on the same version and it’s easy to update when our team members are working all over the world.

Adobe: How is it possible for Stargate to expand when other companies may be having difficulties?
Ealovega: We face a wide range of both creative and financial challenges and are always looking for flexibility and economy. We’re long time After Effects users—we began using it even before Adobe acquired the software from CoSA—and it is the lynchpin of our operations. We use Adobe Photoshop for all of our matte paintings. We're not an editing house per se, but Adobe Premiere Pro is our tool for ingesting everything, in pretty much any format. We’re also starting to use Adobe Prelude for reviewing and Adobe SpeedGrade for color grading VFX. With Creative Cloud, we can work with artists from all over the world and streamline our creative and production processes so we can pass the savings and creative options along to our clients. 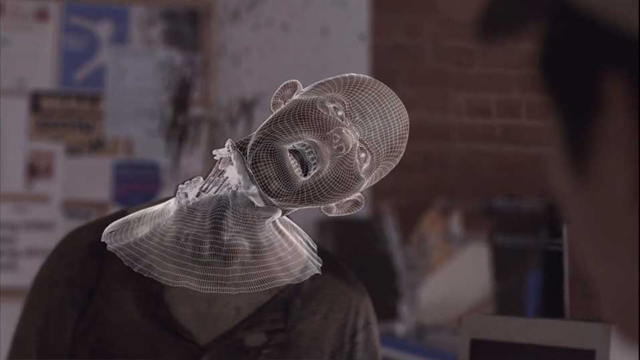 Adobe: How does your process work?
Ealovega: We essentially started working in the cloud before Adobe Creative Cloud was a reality. Our clients present us with the rough edit on a show online. Then we gather the source EDL files and match them to the original camera source to be sure we’re on target.

We match up what we’re finding in Premiere Pro with what we’re seeing in After Effects and ingest it into our Stargate system that is capable of sharing files with each of our facilities. We transfer all the information into our VFX system and the assets then get transferred to the local digital asset management system on the site that’s designated to working on the project. Keep in mind that this is all transparent to the VFX and editorial departments. So essentially, any artist, staff, or supervisor in any of our global facilities can review material in real time, create proxies, and send a project to a render farm in the background.

Using our proprietary software, we can review a VFX spot, make assignments, and build projects in After Effects. The composited assets automatically land in the final facility, in the right color space specified by the client. The artist doesn't even have to know what color space is needed. It’s applied automatically.

Adobe: Why is Creative Cloud central to your workflow?
Nicholson: We work on productions shot all over the world at different frame rates and on multiple cameras. I think we work with, literally, almost every camera format ever invented. We have to be able to ingest material from every camera manufacturer in the world at everything from 6K to PAL and NTSC resolution. Truly, we can’t use anything but Premiere Pro. It’s the only system that will handle the different formats we’re shooting and throwing on the timeline.

Ealovega: I have to add that Creative Cloud, and After Effects in particular, is an open framework. We can add functionality to the software through open source tools. This has allowed us to write our own virtual operating system (“VOS”) to assist us in integrating all of our facilities. It’s one thing to say that you’ve got one big facility with an integrated pipeline. It’s an entirely different thing to say you have seven or eight facilities and to be able to span each of these facilities with render data and have artists flowing their work back and forth to one another. Our artists can literally click a flag of the country on their screens and it sends an automated delivery to that render farm and ensures it is rendered correctly and delivered to the right destination. We also have incorporated other tools into Creative Cloud so that we can view dailies very quickly, without spending a lot of per-seat licensing for codecs that would otherwise be required. 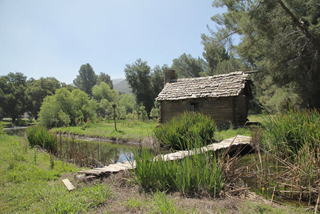 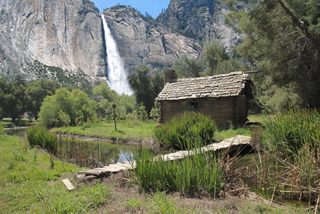 Adobe: What do you see as the vision for the future?
Nicholson: Frankly, we hope we are inventing it. We create about 10,000 shots a year—that’s 40 to 50 shots per day from simple driving comps to 3D interfaces involving our virtual backlot. Using our workflow, we’re really proud of the quality. We are shooting four to five cameras at 4K resolution simultaneously. So we’re talking about a 16K to 20K background, and every frame must be processed. We break the frames up on the back end to be as light as possible. Then we use After Effects as a front-end tool to proxy the footage, and stitch it all back together.

Think of it as real-time compositing on green screen. It reminds me of sound mixing. You wouldn’t mix one or two cuts like you do two or three scenes in a movie. Adobe products and our own innovation are leading us into a visual mixing arena where we are talking about time rather than an individual cut. It’s all about the automation and efficiency of the tools, so that artists can focus on the genuinely complex shots. We can increase our creative capabilities and quality at the same time. The world has changed so that feature-film quality is being achieved on television series, and that efficiency has reached new heights. Creative Cloud and our virtual operating system let us accomplish two times the shots most companies can achieve—all at half the budget. We think it’s a model that will succeed in a world where automation is vital yet the human, creative touch is essential.