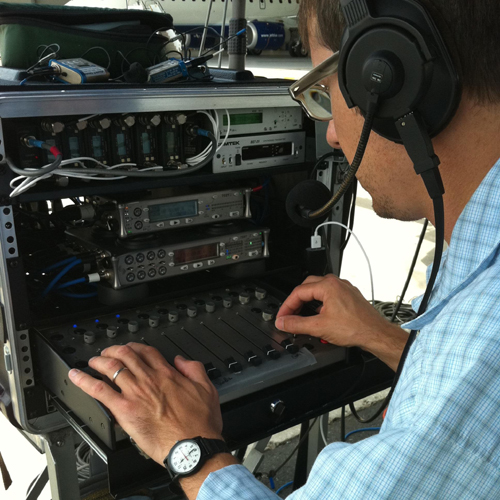 In her feature-length documentary Woodstock: Now & Then, which aired on VH1 and the History Channel in commemoration of the three-day festival’s 40th anniversary, two-time Academy Award…-winning director Barbara Kopple focused on the behind-the-scenes elements of the original event and its lingering cultural mark. The film blends never-before-seen film footage and images from Woodstock with new interviews with some of its major players, current performances by some of the musicians who performed there 40 years ago, as well as some younger musicians who reflect the festival’s influence in today’s music scene. Production sound mixer William Tzouris turned to Sound Devices 702T digital recorder to capture all the interviews and the company’s 788T digital recorder and CL-8 Controller to record several musical performances.

Kopple and executive producer Michael Lang, the original festival organizer, found actual attendees to tell their unique Woodstock stories for the film. They focused less on the music, as a portion of the half-million people in attendance never even saw a single performance. Instead, the film delves into the genesis of the festival ? the chaotic preparations, the gridlock on New York’s highways, the logistics of food and medical care, the role of the Hog Farm commune and the financial fallout of the festival, which included a million-dollar deficit for the producers and over 80 lawsuits.

Among those interviewed were attendees Wavy Gravy of the Hog Farm commune, his wife Jahanara Romney, and Bobbi and Nick Ercoline, the couple wrapped in the pink blanket on the cover of the “Woodstock” soundtrack. Performers such as Graham Nash, Jorma Kaukonen, Country Joe McDonald and Richie Havens also offered their recollections of the famous moments of the festival. Tzouris recorded their first-hand accounts with a Sound Devices 702T using its internal compact flash (CF) card as well as an external CF in a FireWire reader.

For one of the new performances featured in the film, Tzouris recorded Grace Potter and the Nocturnals at a Woodstock revival concert. He used Sound Devices 788T and CL-8, setting up several room mics and utilizing all eight tracks on the 788T. The feeds were mixed on the CL-8 and distributed to the three video cameras in the venue. He was also recorded several young students from the Paul Green School of Rock Music.

“My wife and I worked on this project together. There were times when she was recording interviews with the 702T and I was handling musical performances with the 788T,” says Tzouris. “We relied on Sound Devices for this project because their products stand up to the rigors of field recording. I’m a huge fan and have been for several years now. The fact that the equipment is made in the U.S. is an added bonus and was a perfect fit for a story centered on such an iconic American movement.”

Woodstock: Now & Then was produced by the History Channel and VH1 in association with Cabin Creek Films and Woodstock Ventures, Inc.